He's all about sustainability (briefly) 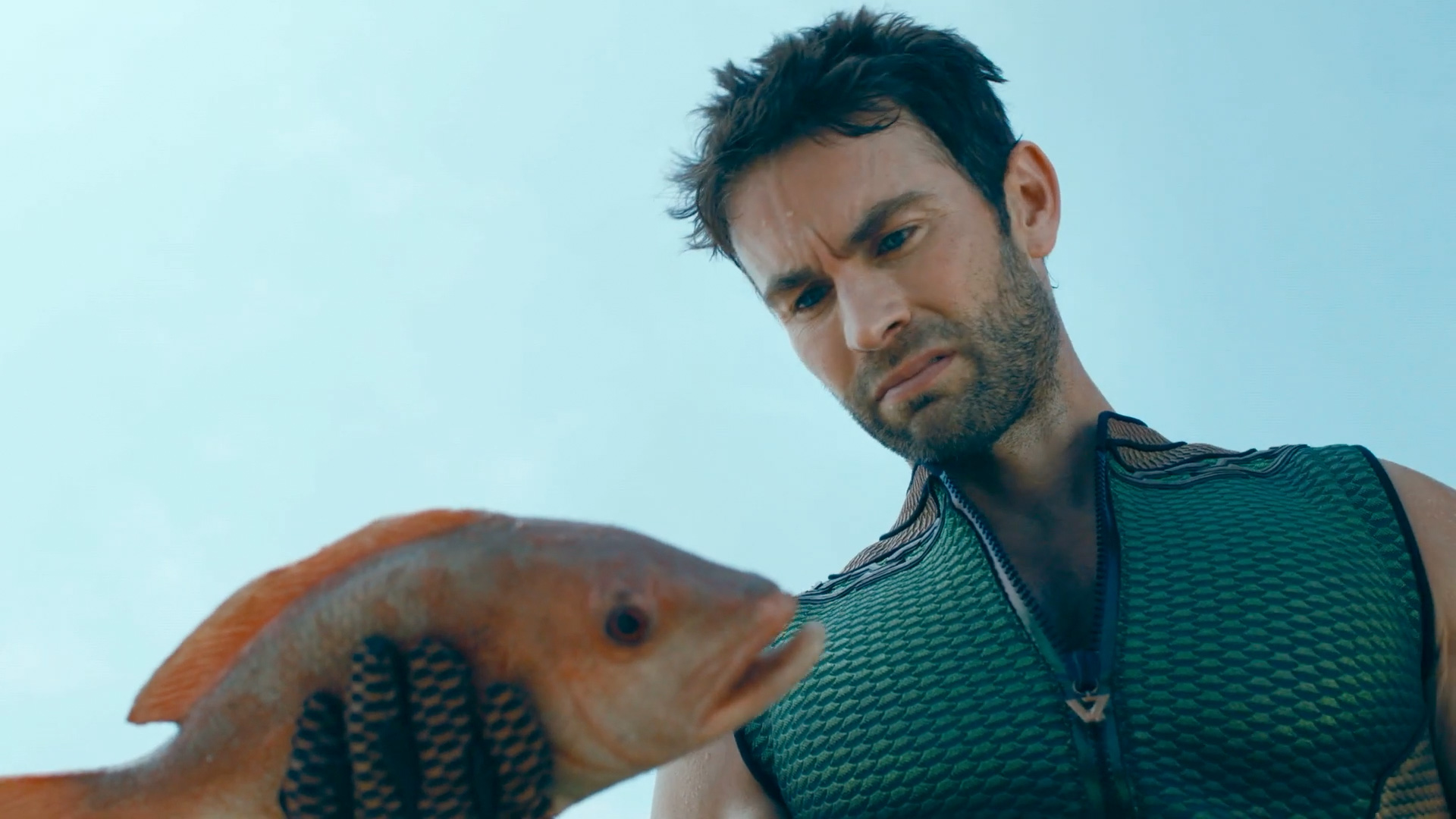 Will it take a superhero to rid the world's seas and beaches of pollution? Perhaps. But The Deep might not be right for the job.

Chace Crawford reprises his role as the quirky aquatic crimefighter from Amazon Prime Video's The Boys in a dark-humored spot for canned water brand Liquid Death.

The Deep strolls along a beach littered with all manner of yucky refuse and the carcasses of marine animals. (The latter might trigger some folks, though there's a gag with a condom and dead fish that's pretty amusing.)

"Scientists and most of the dolphins I've talked to say that by 2050, plastic pollution will outweigh fish life pound for pound in our oceans," he says. "And that's why Liquid Death's pure Mountain Water comes in aluminum cans—because they're infinitely recyclable."

The Deep Is No Longer Sustainability Associate at Liquid Death

The Deep announces his appointment as Liquid Death's new chief sustainability associate. Alas, the gig proves short-lived, as he leaves the environment in worse shape than he found it. At the spot's conclusion, dude sets a pile of plastic ablaze and onlookers choke on the chemical discharge.

"We regret to announce that, effective immediately, we have parted ways with The Deep as our chief sustainability associate," Liquid Death says in statement posted with the minute-long video. "While we believe in #DeathToPlastic, we also believe burning plastic trash and releasing toxic fumes near innocent children is unacceptable."

Alas, his position was, in the end ... unsustainable.

It's a boffo bit of co-branding, with just the right mix of satire and social conscience. Skewering celebs who make bad choices and blow endorsement deals, the work engagingly amplifies Liquid Death's pop-culturally attuned brand. In jokes—such as references to The Boys' VNN TV network—don't detract from its mainstream appeal.

"We're big fans of the show and knew that there was a strong brand fit," Liquid Death VP of creative Andy Pearson tells Muse. "The goal then was to find a fun way to incorporate one of their superheroes in an in-world Liquid Death campaign that stayed true to what the characters would do in the show."

He adds: "The Deep was a perfect fit and it made sense to have him come onboard to hold a position that's all about sustainability. Staying true to The Deep's character, he began with pure intentions but somehow ended up causing more harm than good."

In case you were wondering, no actual sea life—dead or otherwise—appears in the ad, developed with Amazon Studios.

Over the summer, Liquid Death teamed up with Netflix for a crossover, producing a 43-minute gore-flick starring its cans as bloodthirsty—and endlessly recyclable!—villains.