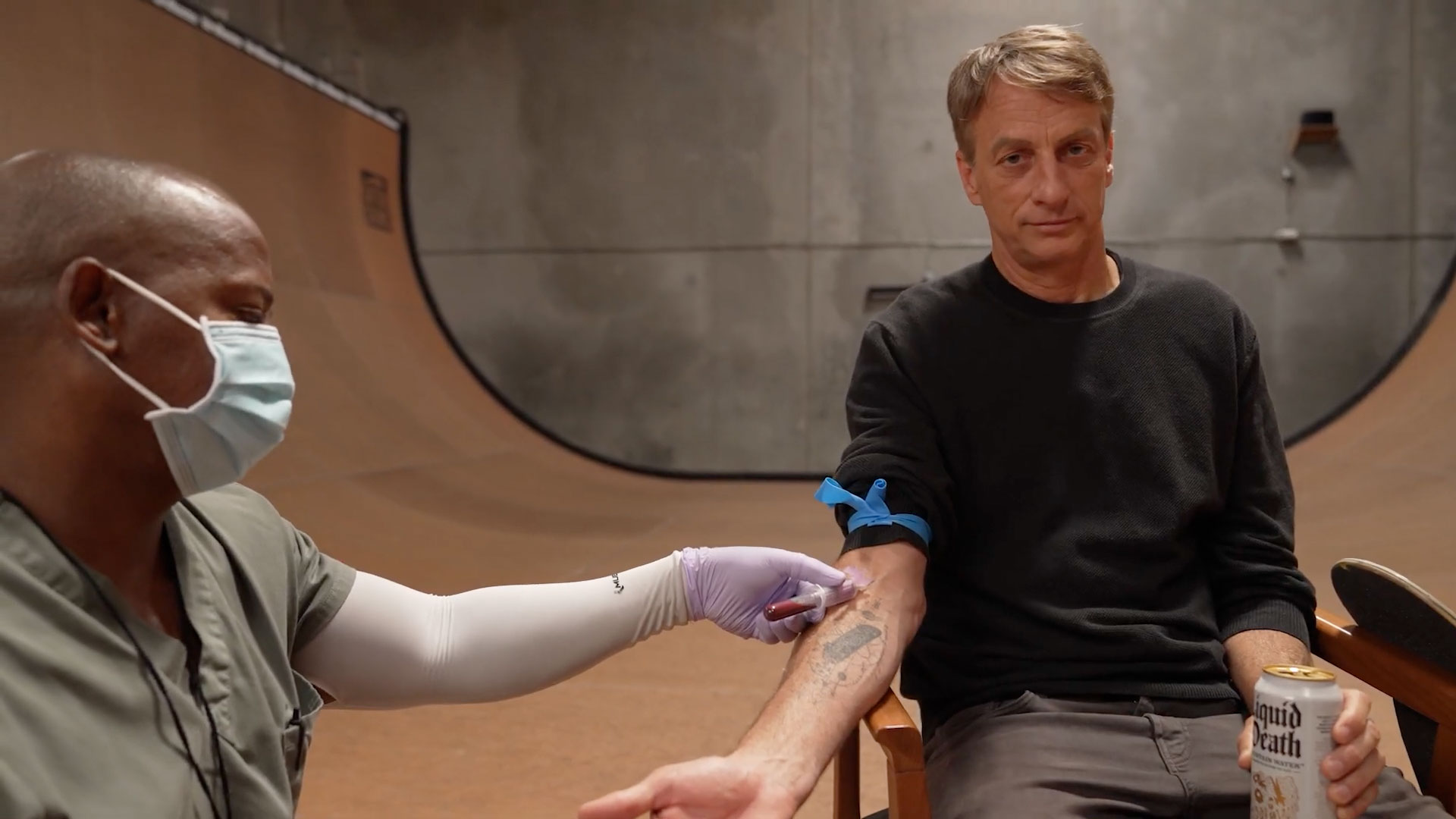 Most brands don't require celebrity endorsers to donate blood for product drops. But Liquid Death isn't most brands, as we've seen in the canned water company's slasher flicks, zombie infomercials and penchant for curses and spells.

And Tony Hawk isn't your typical brand ambassador. The skateboarding icon bleeds more than most, given his countless crashes and smashes through the years.

Hawk's blood will add a splash of color to 100 limited-edition skateboards.

The boards are selling for $500 apiece, with some of the profits supporting 5 Gyres' quest to rid the world of plastic pollution, and Hawk's own Skatepark Project, which helps youth in underserved communities.

"Every day, fans sell their soul to us to access the Liquid Death Country Club" in exchange for merchandise, says Liquid Death VP of creative Andy Pearson, whose team developed the Hawk promo with creative agency Humanaut. "So we figured, if Tony was our ambassador, we should probably own his soul, too. And his blood. So, then it was a pretty easy, logical jump to putting it into skate-deck designs."

Yeah, one thing leads to another, clearly.

So, the Birdman embodies the Liquid Death ethos, is that right?

"To anyone who grew up skating—or watching TV, or playing videos, or just being alive at any point in the last few decades—Tony is the man," Pearson says. "Our co-founder and CEO Mike Cessario actually has a tattoo of the original Tony Hawk skateboard graphics. We happened to come into contact with Tony through our Liquid Death skate team. He really liked the brand and wanted to get involved. This idea just pushes how far a celebrity is willing to get involved for the brands they rep."

Which body part bears that tat? We'd rather not know.

"Tony was so calm" during the extraction, Pearson recalls. "He joked that he'd already bled plenty of times on skate ramps, so this was nothing to him."