A smooth spin on iconic jingle 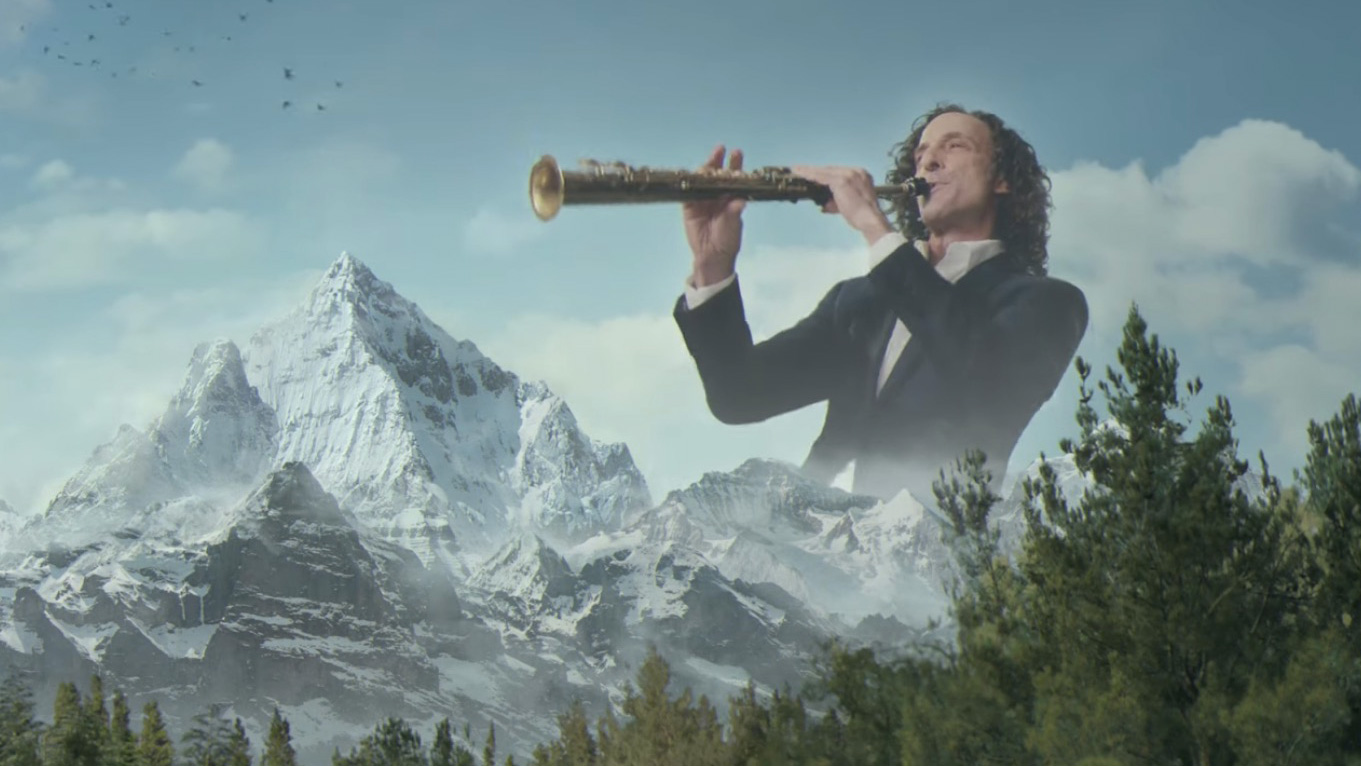 By now, everyone knows the halftime gods mysteriously—nay, tragically!—passed over Kenny G for the headline slot at Super Bowl 56's halftime show. But fear not, G-fans. The smooth sax master will make a splash at the Big Game anyway.

Behold, and tremble, as "Giant Kenny G" fills the sky and wails away on Busch Light's "Head for the Mountains" theme-song in this self-consciously schlocky :30 from the Martin Agency:

Busch Light | Voice of the Mountains

"More than 40 years ago, 'It's cold and it's smooth, and it's waiting for you' launched Busch Light's jingle into the hearts and minds of beer fans," says Daniel Blake, group VP at brand parent AB InBev. "When the time came to revive that iconic jingle, there was only one person smooth enough for the job."

But Michael Bolton wasn't available, so G-Man got the call.

Kidding, of course! Everyone busts Kenny's chops, right? But he ranks among the biggest-selling acts of all time, with worldwide sales of 75 million. So, let's show the guy some respect. Colossal K, you're chiller than an ice shanty on a Minnesota Lake. Pop some Busch Light and polish those gold discs and Grammys!

"Busch Light is about smoothness and refreshment, and if you're familiar with my work, it should be pretty clear why this partnership works so beautifully," KG says in a statement. "I'm excited for the fans to hear my sax on it and hope they can enjoy the spot with a cold Busch Light in hand on game day."

The spot will air in 41 markets. There's a sweepstakes, too. Fans tweeting @buschbeer using #mountainofbusch and #sweepstakes can score prizes and possibly win what's described as "a mountain's worth of Busch Light."

Kudos to Martin for simply slapping Kenny's head in the clouds. It's simple and silly and mildly subversive in its way, eschewing bloated production values for a pithy musical pitch that feels on brand for both advertiser and artist.

The agency famously leveraged old-school beats in last year's "Scoop! There It Is" campaign for Geico, which updated '90s rap duo Tag Team for the contemporary cultural conversation.