Geico's 'Scoop! There It Is!' Is Now a Real Ice Cream 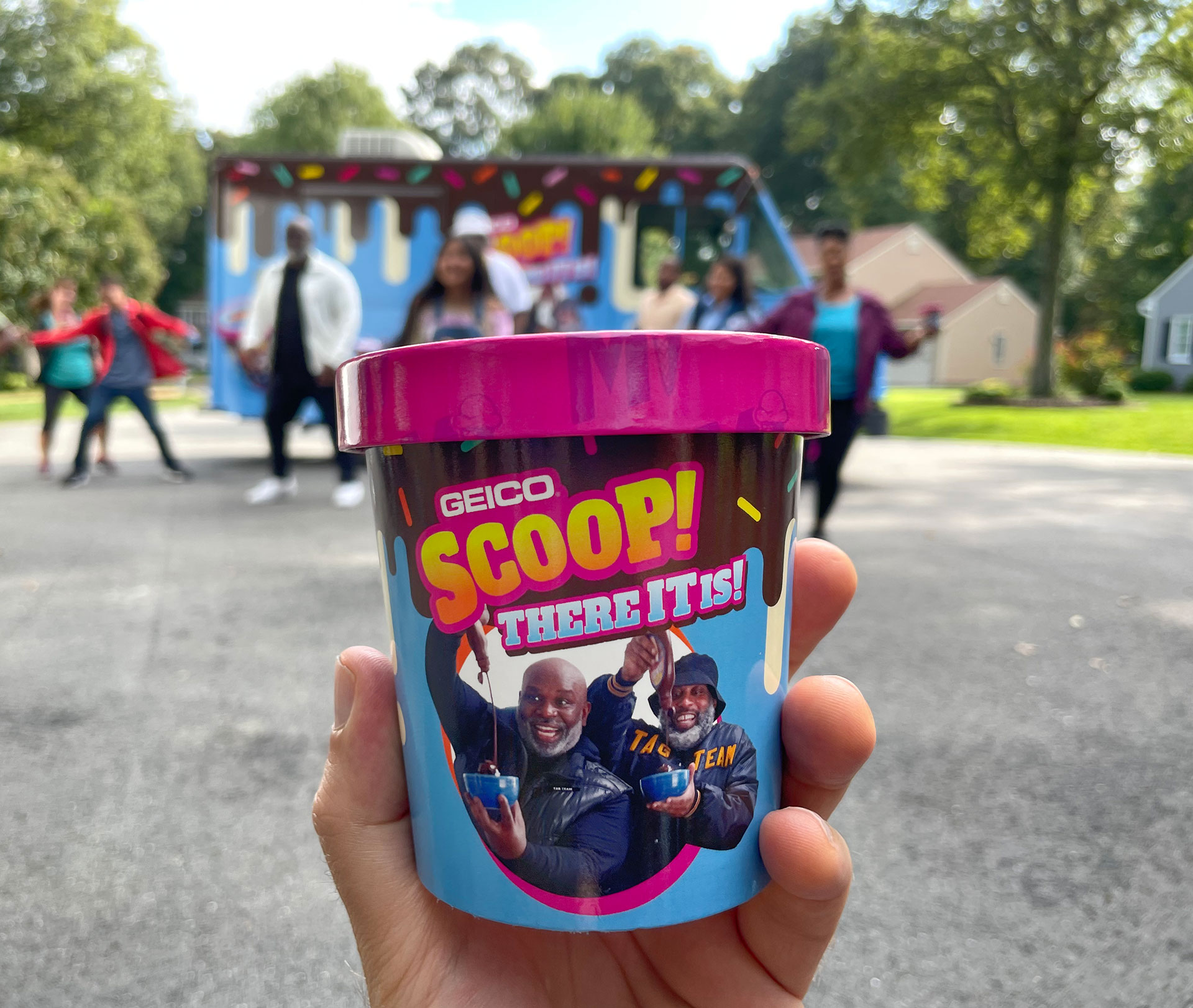 As you'll recall, when 2021 began, rap duo Tag Team reworked their beloved '90s thumper "Whoomp! (There It Is)" into an ice-cream-themed anthem for a Geico commercial—and the interwebs ate it up.

That spot, developed by The Martin Agency and off the air for several months, returns to TV this week, as Geico offers fans a chance to win limited-edition "Scoop! There It Is!" ice cream.

"Our intention was always to make it feel big, because that's the concept of Geico's 'What Are You Waiting For' campaign," Martin senior copywriter Roger Hailes tells Muse. "We didn't expect it to get so big that it would be mentioned by everyone from Dan Patrick to my aunt Marshall. That was a surprise. All we knew coming out of the edit was that we had a spot that was extremely fun to watch and made people laugh."

"Once we knew the commercial was a hit, making the ice cream seemed like the logical next step—not that an insurance company making ice cream is in any way logical," he says. "The original ad brought joy to people, so making actual ice cream was our way of letting people take that joy home—and eat it!"

Black-owned NYC ice-creamery Mikey Likes It helped create the frozen treat, which boasts a vanilla base with cookie dough, peanut butter and choco-laka-covered marshmallows mixed in. There's even a special pack of rainbow sprinkles (so joyously tossed by Tag Team's DC Glenn in the ad).

"It was important to us to give back some of the love we received" as the commercial became a pop-culture sensation, Glenn says. "It was incredible to see people of all ages and backgrounds dancing along with us in their kitchens."

To win a pint, follow Geico on TikTok or Instagram starting Sept. 17, then upload a dance using the "Scoop!" track and mention @Geico and #GeicoIceCream in your caption.

To promote the sweepstakes, Martin shot a fresh video with Tag Team, which "pays homage to rap videos of the '90s," Hailes says. "We basically take the ice cream party out of 'Tasha's kitchen' [from the ad] and into the streets."

Scoop! here it is:

And Whomp! bust some moves for those sweepstakes instructions: