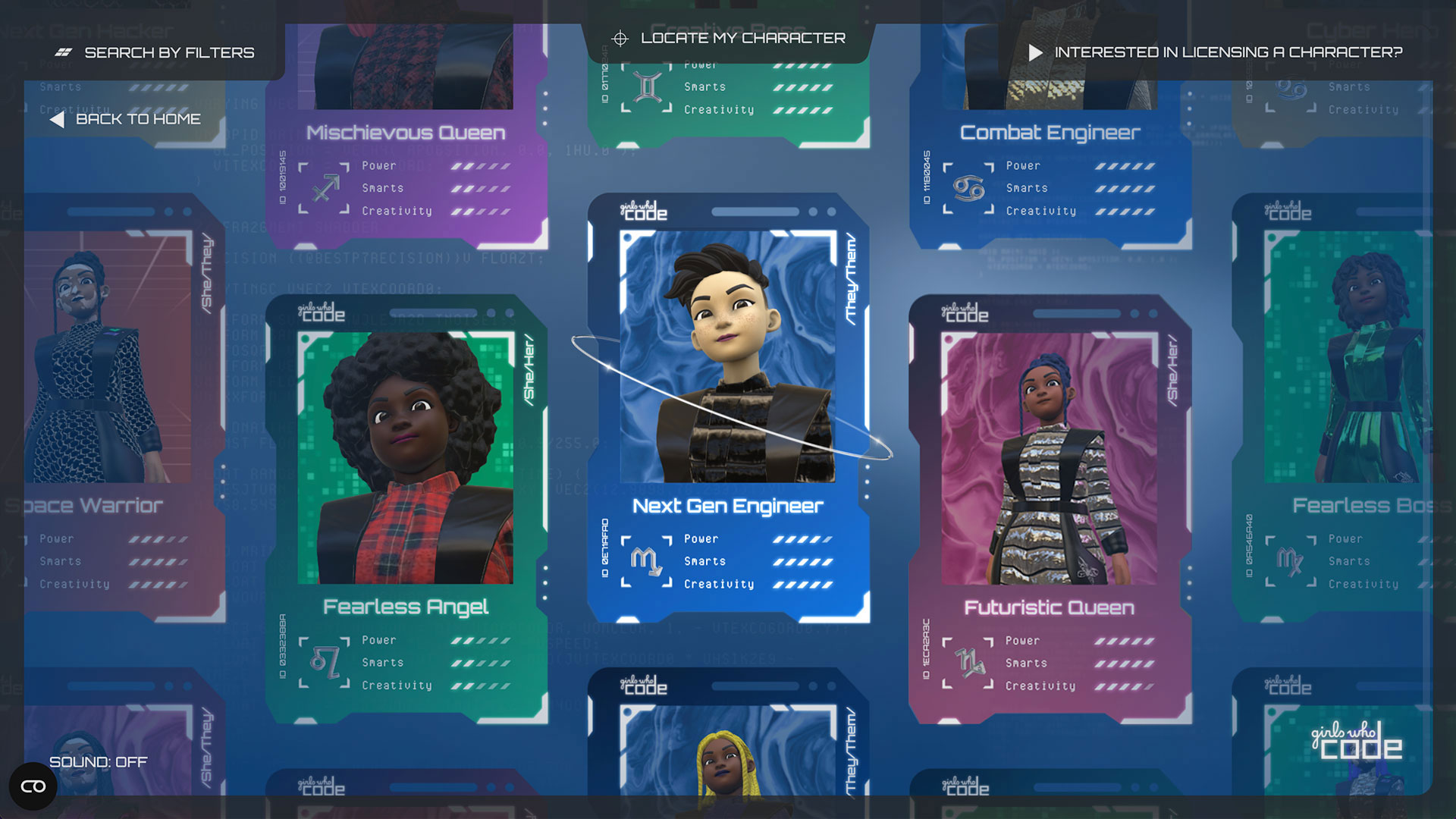 The quest for more inclusive, less sexist female avatars leaps ahead through a mobile and desktop experience from nonprofit Girls Who Code and agency Mojo Supermarket.

"It started from the thought that everything is through the male gaze. Games, music videos, films, even how coding is portrayed—it's for the guys, for male hackers, male streamers," says Mojo senior creative Rux Drilea. "We wanted to get girls into coding and make them realize that coding isn't just math and science. It can be fun and creative and rewarding."

The team mulled several concepts, "but we were drawn to this one because we realized how powerful it is, how it affected us growing up, not seeing our bodies portrayed in games," Drilea says. "When we looked online, we found other girls who were tired of seeing women in video games in uniforms that barely covered their vital organs."

Mojo partnered with GWC students and Black Girl Gamers "to make sure we are representing as many girls as possible—starting with hair textures, body sizes, and even the little things like freckles and acne that mean so much to representing girls authentically," says agency GCD Kate Carter. The team will share data from the experience with gaming companies and license characters the girls create to help diversify avatar development industry wide.

Amazingly, that arena might be less male dominated than gaming. Per GWC, nearly 80 percent of game developers are men, and only 20 percent of avatars are female. That seems way out of whack, given half of all gamers worldwide are women and girls.

"We have to work collectively to make meaningful change," says Mojo senior creative Connie Chweh. "We definitely still have far to go, not only in gaming but industries all around. For this to happen, it really comes down to respecting us. Hiring us. Listening to us. The world needs to stop seeing women as an afterthought."