'DojaCode' is a partnership with Girls Who Code 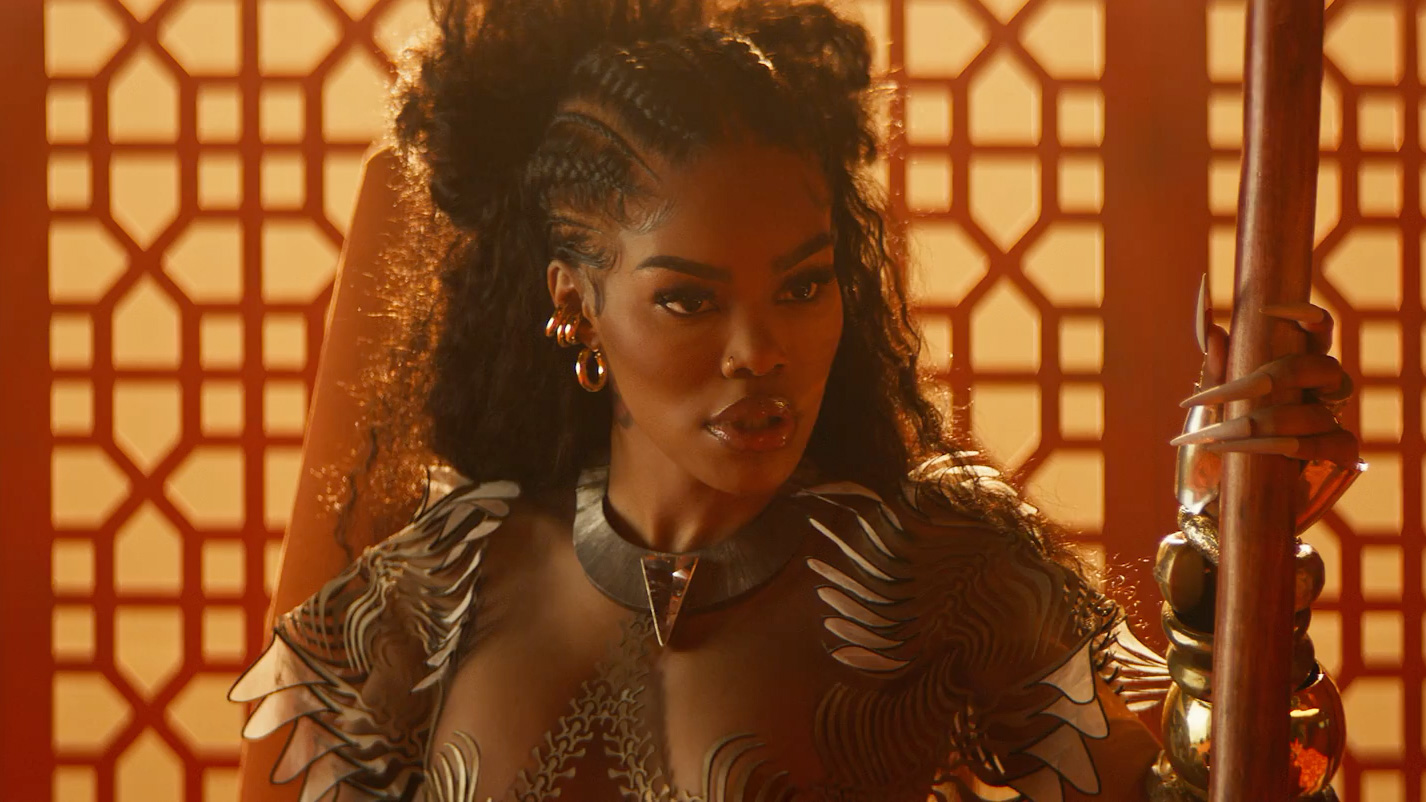 Doja Cat's nails change color ... and you make it happen. She winks in and out of sight ... because you want her to. The sky above her shifts from day to night ... at your command.

Today, the platinum-selling pop star invites fans to edit video for her new single, "Woman," as part of an interactive experience from the nonprofit Girls Who Code.

There's the regular music video on YouTube. And then there's an interactive version, dubbed "DojaCode," which lets visitors alter aspects of the film and unlock Easter eggs using basic coding languages. Of course, the results are sharable.

"We know firsthand that girls and young women are some of today's most powerful creators and change-makers," says Tarika Barrett, CEO of Girls Who Code. "However, too few know that they can have a career in computer science, and that it can open up an entire future of possibility to nurturing their passions. Learning to code enables you to change the world around you."

"We want to get more girls to try coding. But there's a thousand other things that girls care about more than coding. And Doja Cat is like 999 of them. So, we were like, 'Can Doja make learning to code cool?' " adds Emily Berger, creative lead at creative agency Mojo Supermarket, which developed the work with digital studio Active Theory.

"Most girls haven't heard of coding, but they are passionate about activism or dance or music," says Barrett. "Our job is to show them the connection between learning to code and pursuing those interests. We had been working with Mojo Supermarket on this idea of a codable music video, and when they came to us and suggested Doja, we knew instantly she was a perfect fit."

A Cat collaboration feels particularly on brand, given the empowering worldview of the artist's new album, Planet Her. Varsity describes "Woman," its lead track, as "the perfect eff-the-patriarchy hype song."

As for the DojaCode UX, "users are making changes to a few lines of code in a very simple editor," explains Active Theory interactive director Michael Anthony. "The changes they make affect the visuals. This gives them a real sense for what it's like to code, but in a space that safeguards them from errors. If users know a little bit of code, they can put in real color-hex values, instead of words like 'red,' and the site will react accordingly."

Doja Cat generated considerable buzz in September for Pepsi, updating "You're the One That I Want" from Grease. DojaCode continues the trend of pop stars sparking their fans' creativity, territory previously explored by Grimes (for WeTransfer) and Billie Eilish (on behalf of Adobe).