Dove Pushes for Diversity of Beauty in Female Game Characters 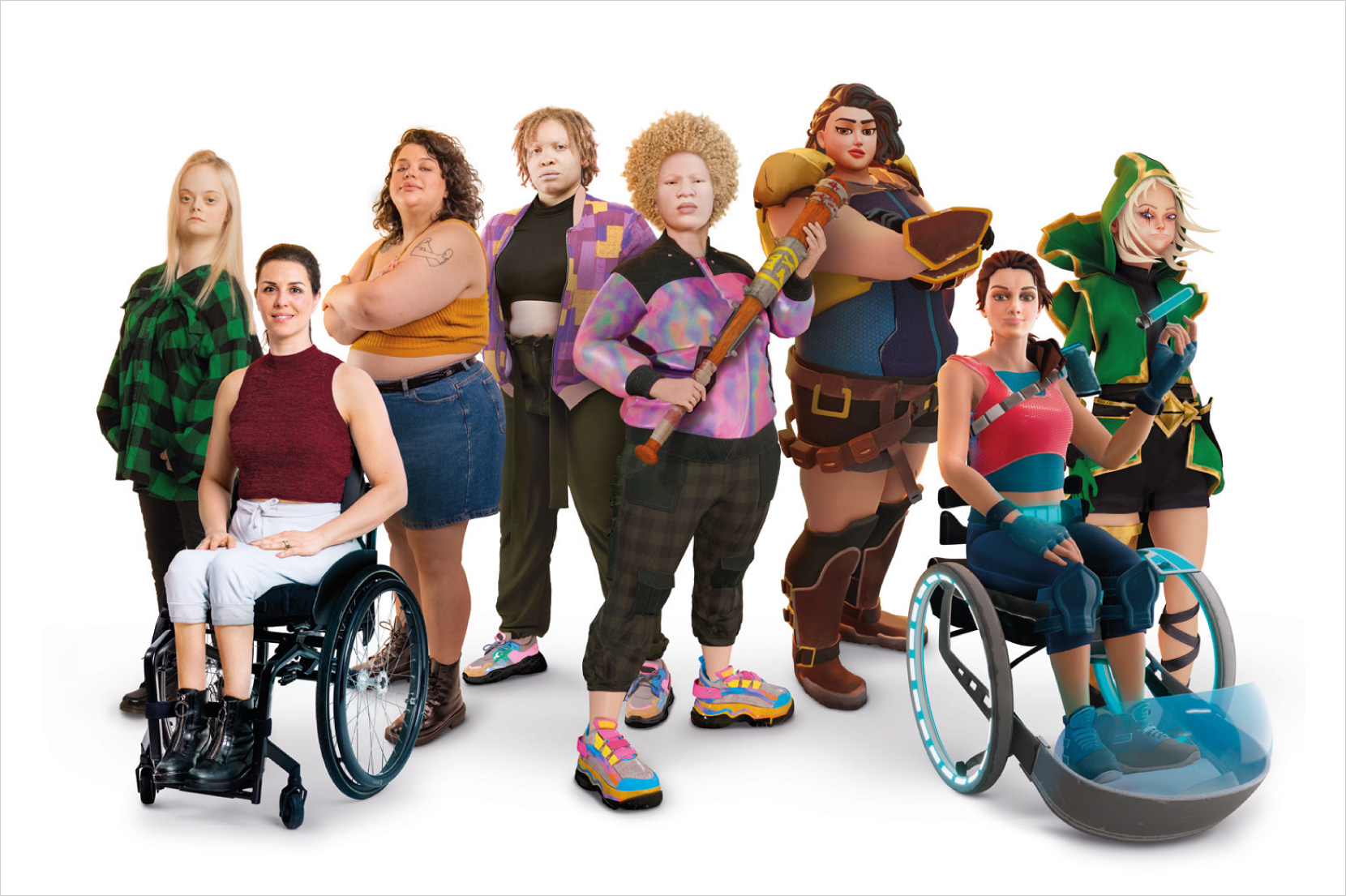 Is real beauty only skins deep? Hell no! says Dove, which seeks to boost the self-esteem of girls and women IRL through a global campaign combating hurtful, sexist and regressive representations of female characters in video games.

The short film below features four gamers of different ages, nationalities, backgrounds and physical abilities. Each gets transformed into avatars. You'll notice a distinct lack of category clichés: no mounds of muscles, outsized breasts, freakishly fair faces or luxurious locks. Instead, the characters are realistically rendered, with aspects of the subjects' actual identities on bold display:

The effort stemmed from last year's "It's On Us" campaign, in which Dove offered to pay other brands to hire various models in an effort to foster diversity.

"After that, we thought the natural progression was to fight against the sexualized way in which women are represented in gaming, as this is the place where young girls are spending more time and they are growing up being poisoned by these stereotypes," LOLA MullenLowe ECD Tomás Ostiglia tells Muse.

The push underscores how interconnected the physical and virtual worlds have become. Each feeds the other's evolution—in this case, one hopes, for the greater good.

Of course, Dove's "Real Beauty" is always a lightning rod, and some commenters have already decried this iteration as somehow undermining the fantasy nature of gaming. There's a salient question, though: Whose fantasy are we talking about? Some twentysomething bro developer's? Clearly, 60 percent of the women and girls who game feel unseen, insulted or misunderstood. Enhancing enjoyment for that crucial audience segment seems like a smart idea—not just in a brand sense, but on a basic human level. (If female gamers really want to go with bulging biceps and Hollywood hairdos, that's still an option.)

"As a brand that stands for real beauty, Dove knows it is not enough just to talk the talk but also needs to walk the walk by taking action," Ostiglia says. "With the will to change beauty standards, ideas like this not only extend Dove's long-standing mission, but also bring it to a younger audience, because that's where you must act if you really want to attack the problem before it takes root."

"Dove believes beauty should be a source of confidence, not anxiety, in every aspect of life, both real and virtual," says global brand VP Leandro Barreto. "Although the games industry has made significant strides to become more inclusive, progress needs to be accelerated to challenge the narrow definitions of beauty still visible in the virtual world. We hope to make a real impact on the millions of women and girls who are spending their free time playing games."

The four gamers represented by new avatars also appear in the solo clips and group-ads below: