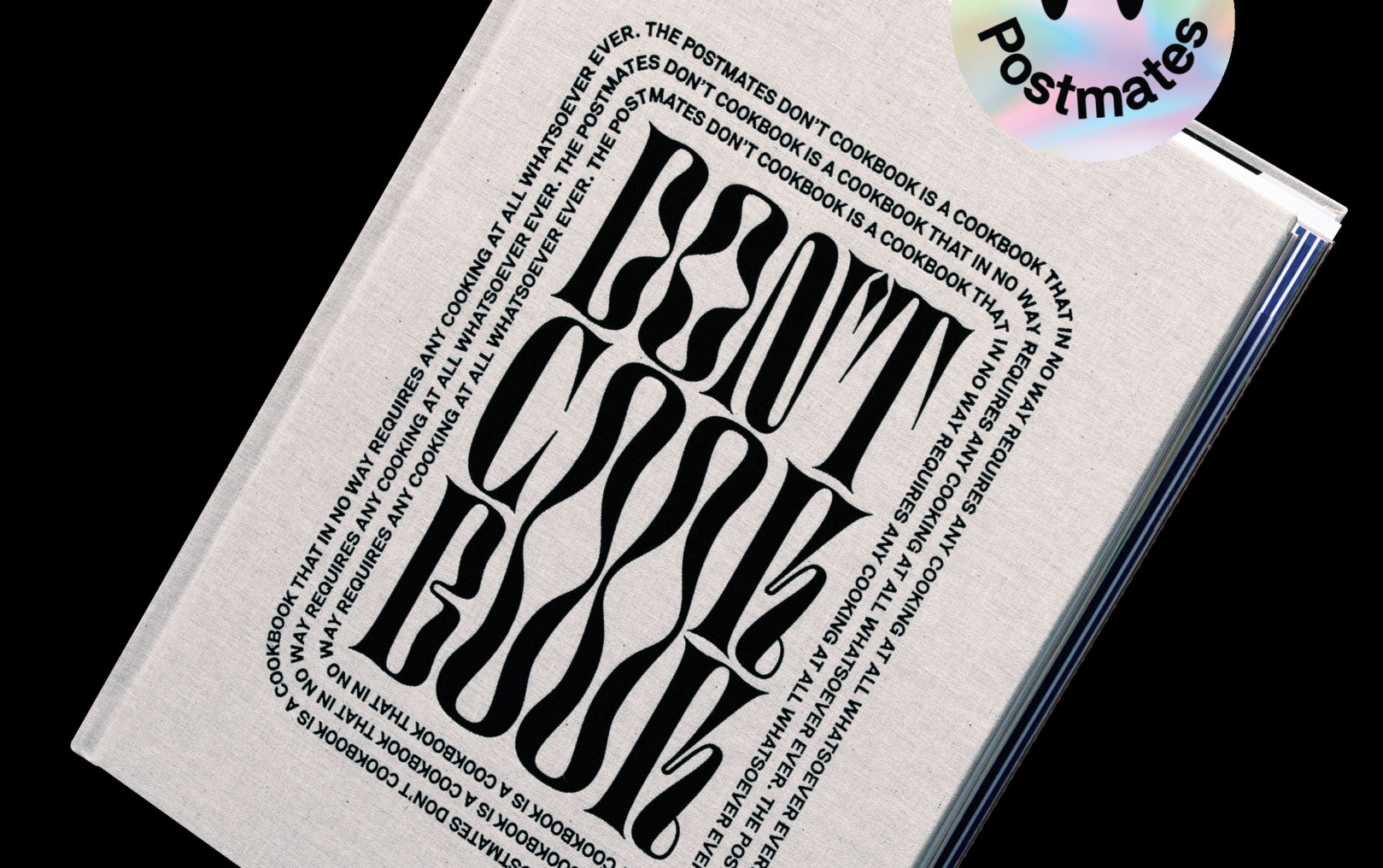 Sick of toiling in your kitchen for endless hours during the pandemic, with nothing to show for it but crusty pots and pans, cauterized chops, and risotto that tastes like death?

If so, here's the perfect cookbook or you.

Actually, it's not a true cookbook at all, but a lavishly illustrated, limited-edition resource from delivery service Postmates and agency Mother L.A. that helps folks order their favorites from local eateries. 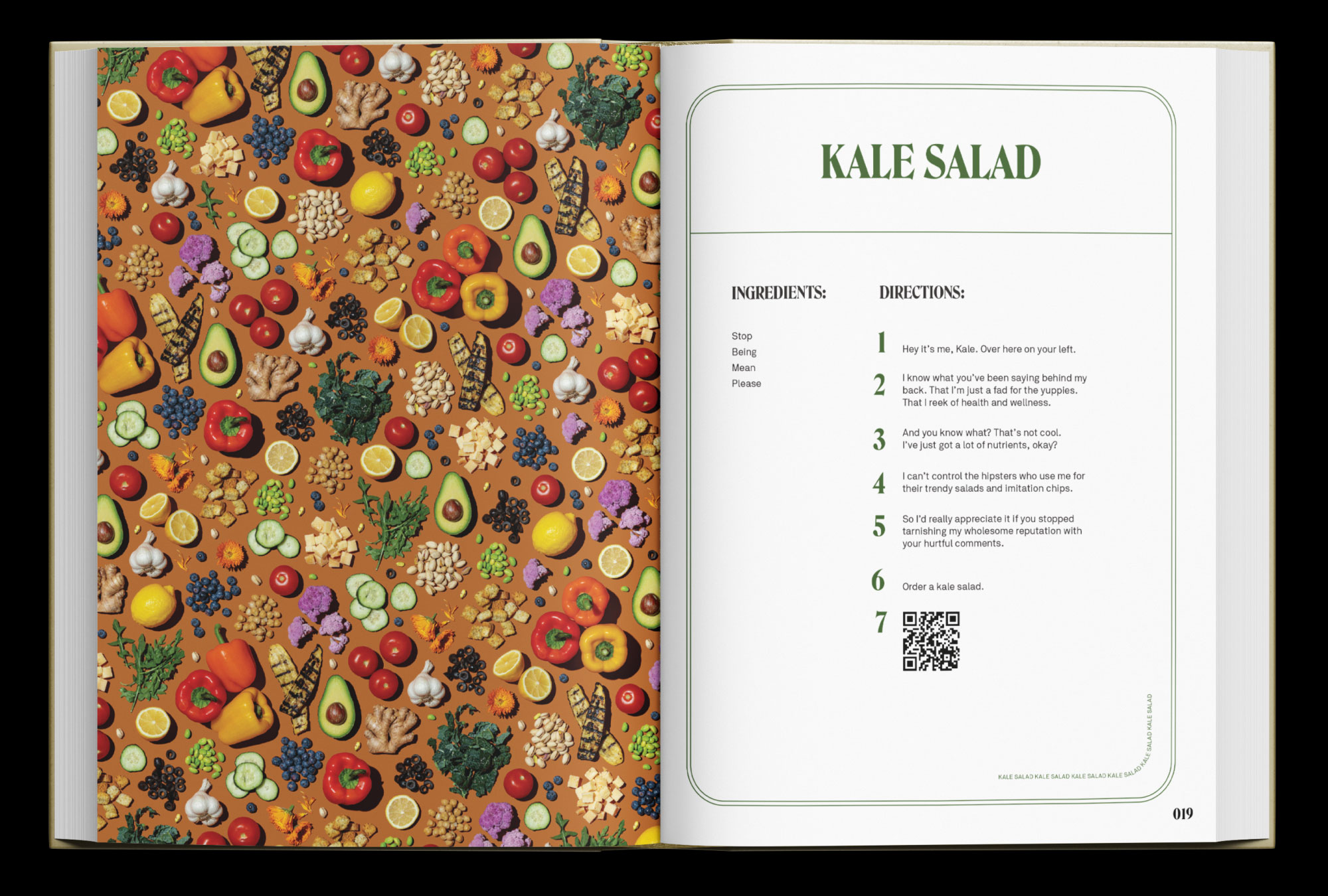 In our experience, an extra pinch of derision never did kale any harm.

Scanning QR codes at the bottom of each entry opens a relevant ordering page in Postmates' app, or lets you install the app if need be.

Up for a hot lunch? These potato wedges should light your fire: 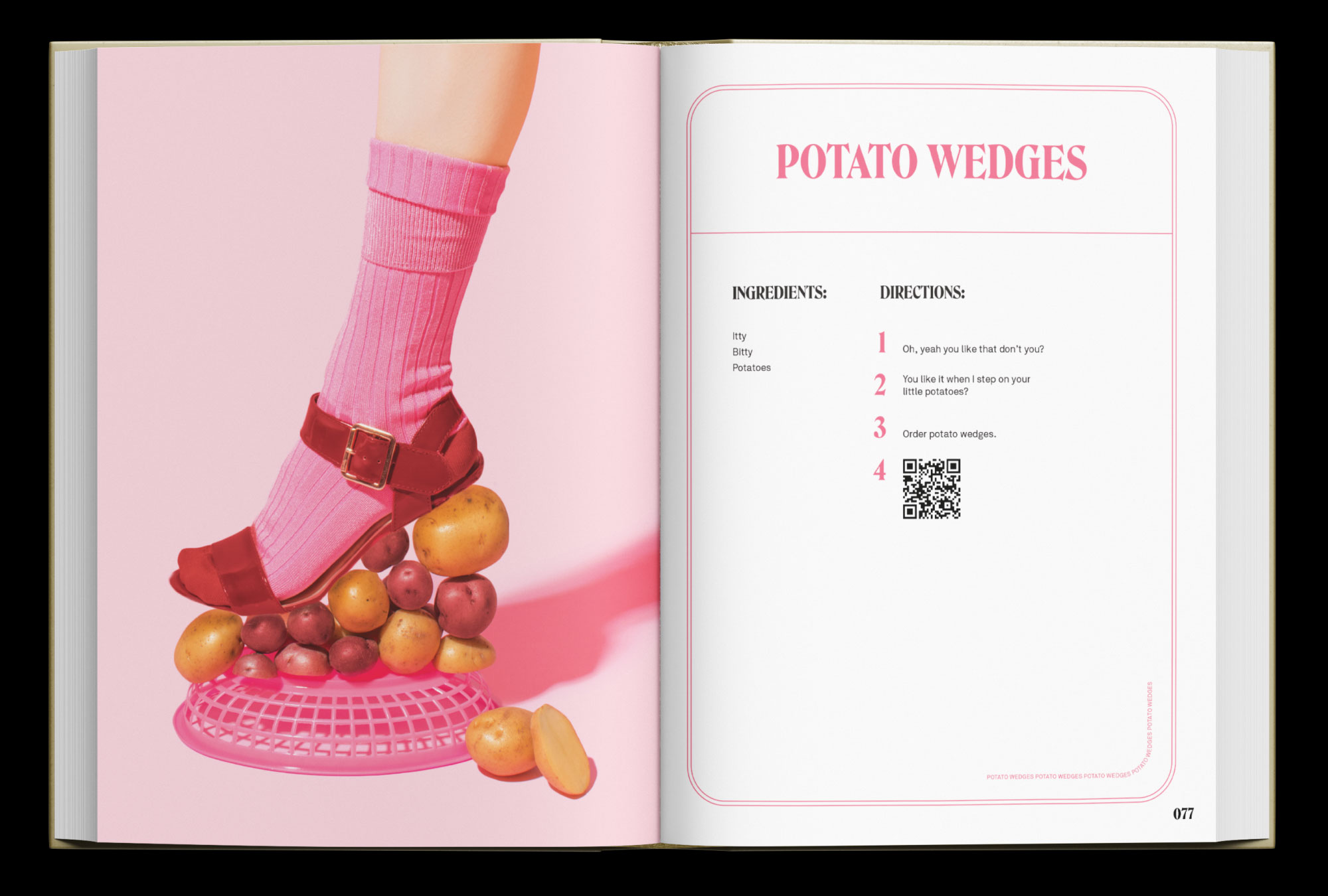 Not suitably smokin'? Try some spicey harbingers of the apocalypse: 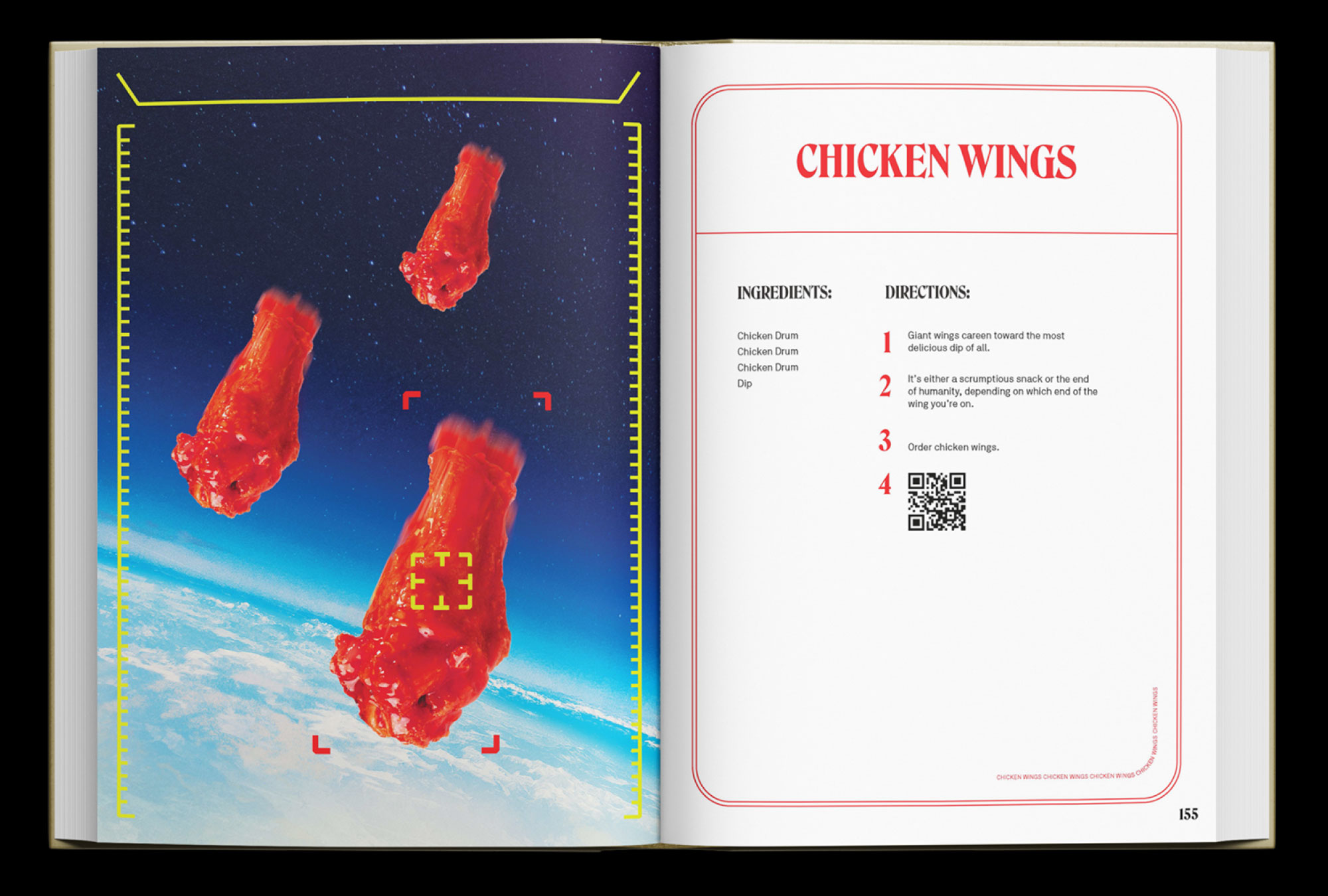 As for grilled cheese, well, this recipe's an ooey, gooey mouthful: 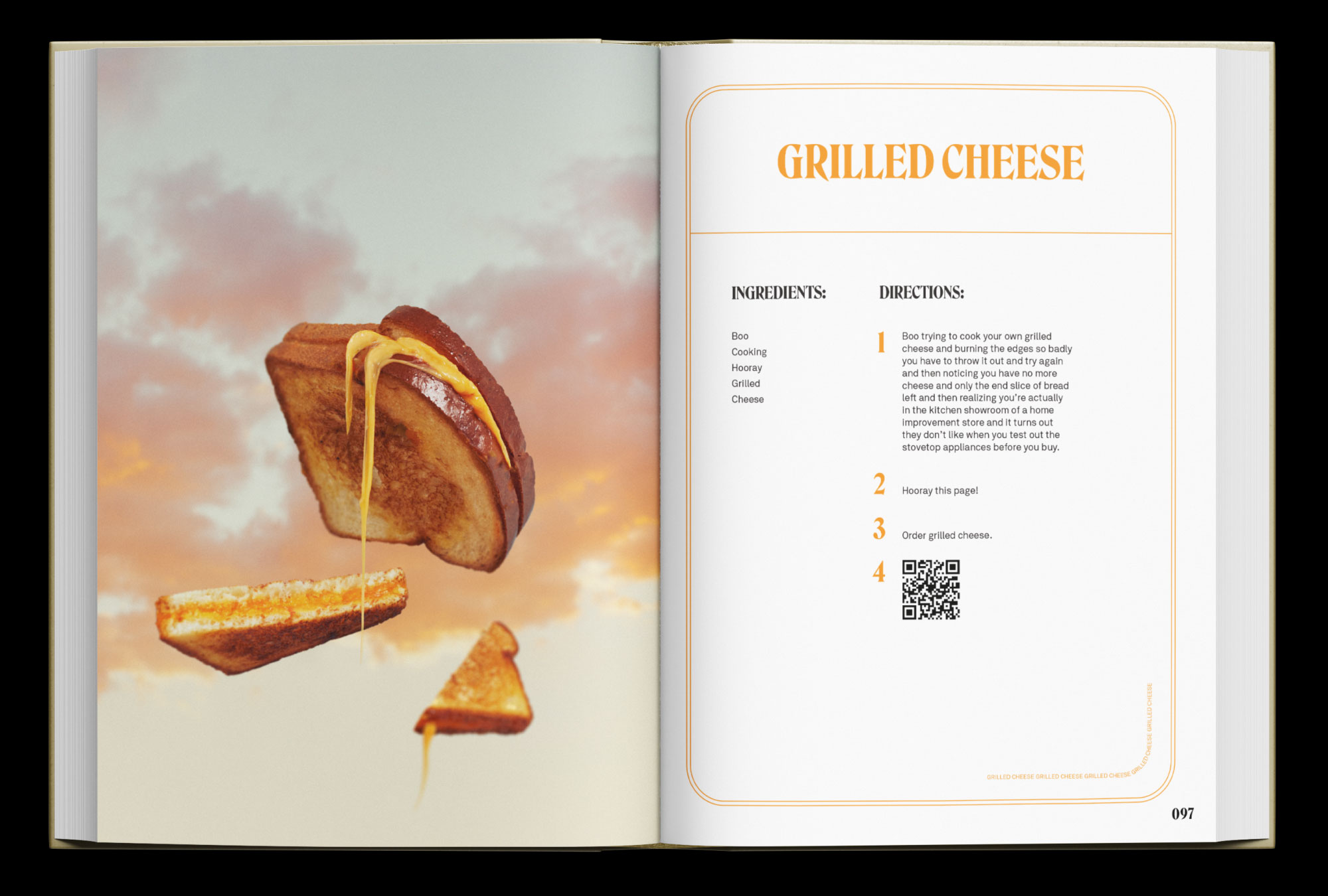 And if you want tacos brimming with taste, pardner, bring a big hat: 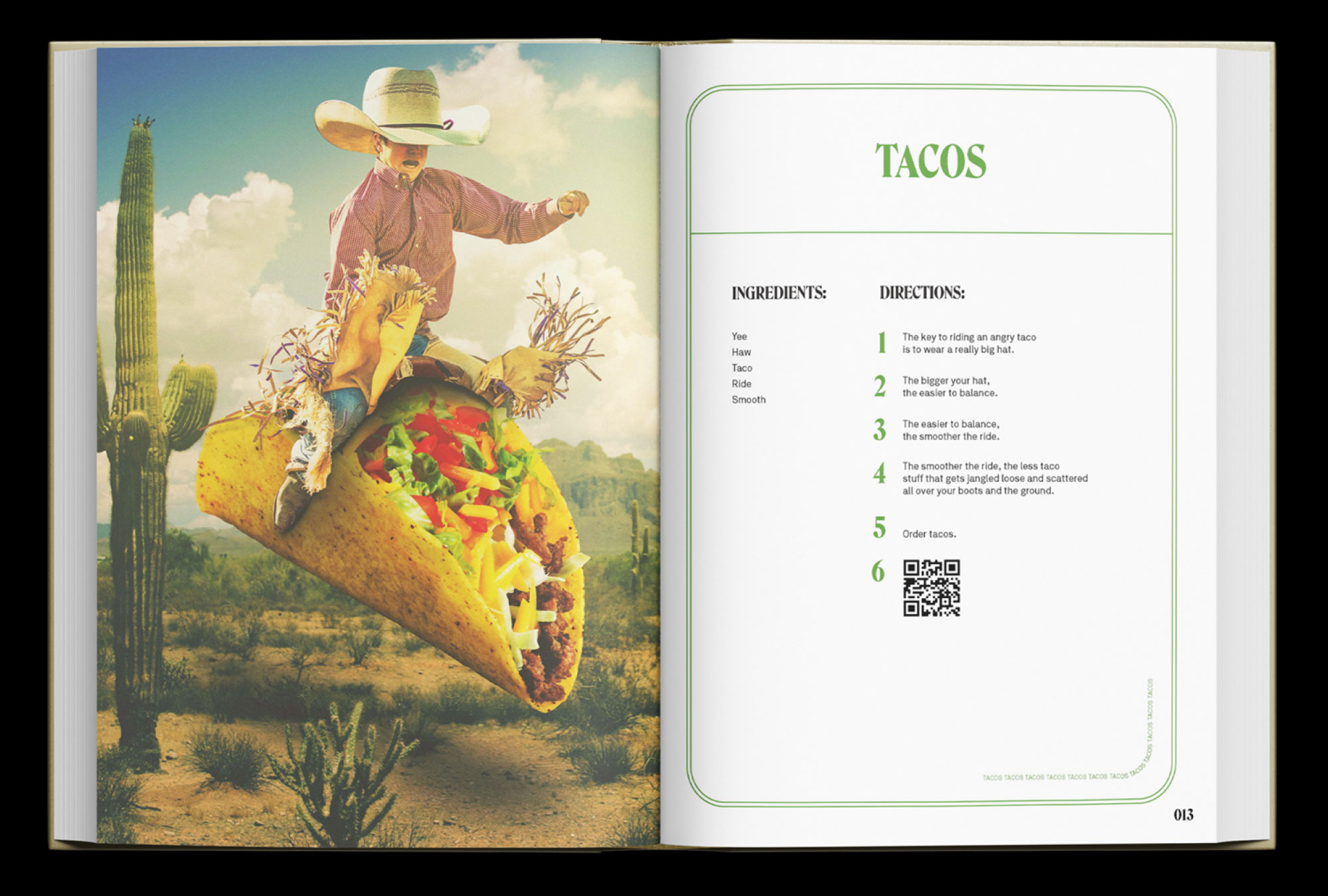 After placing an order, you can stoke your appetite by playing games and coloring special pages: 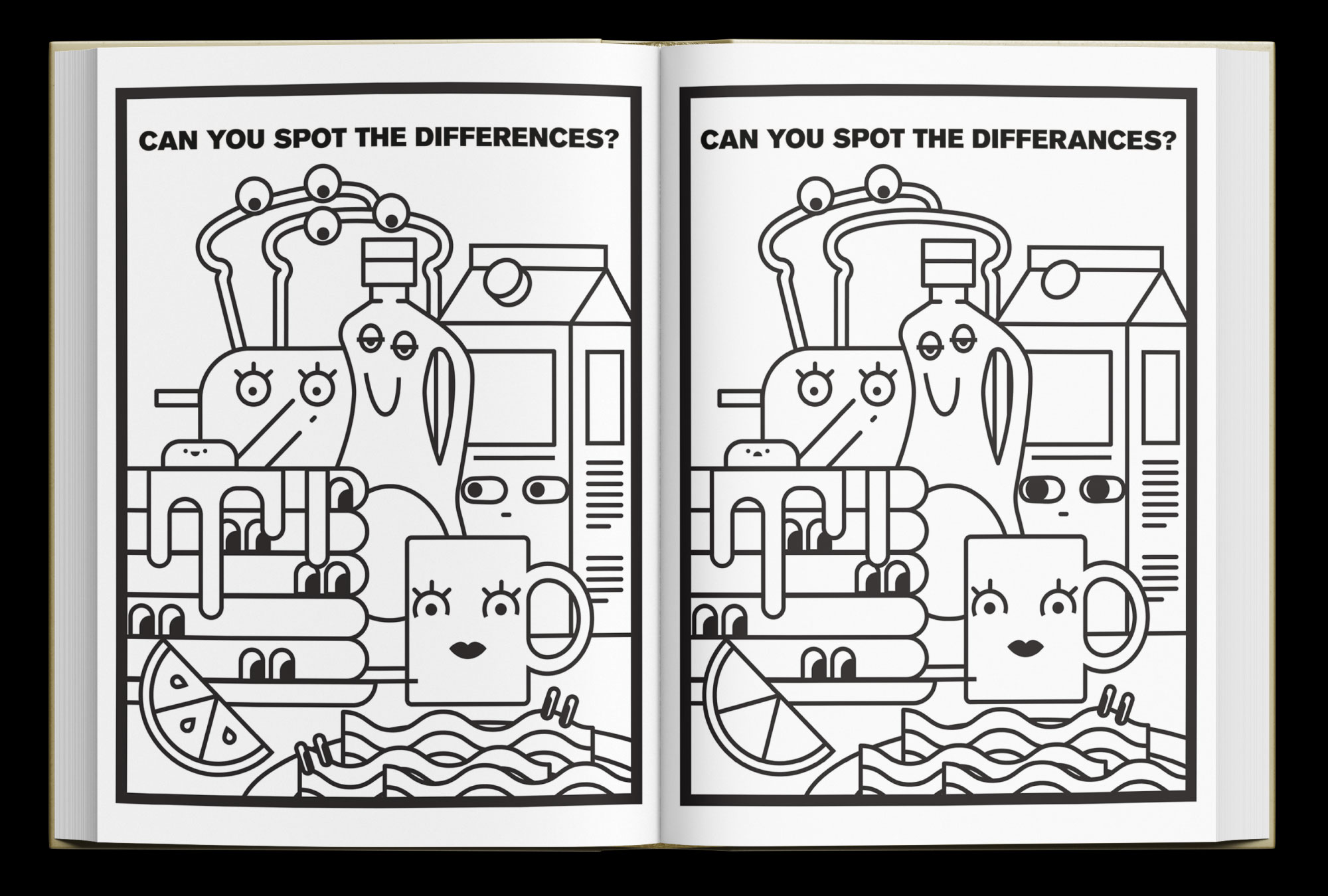 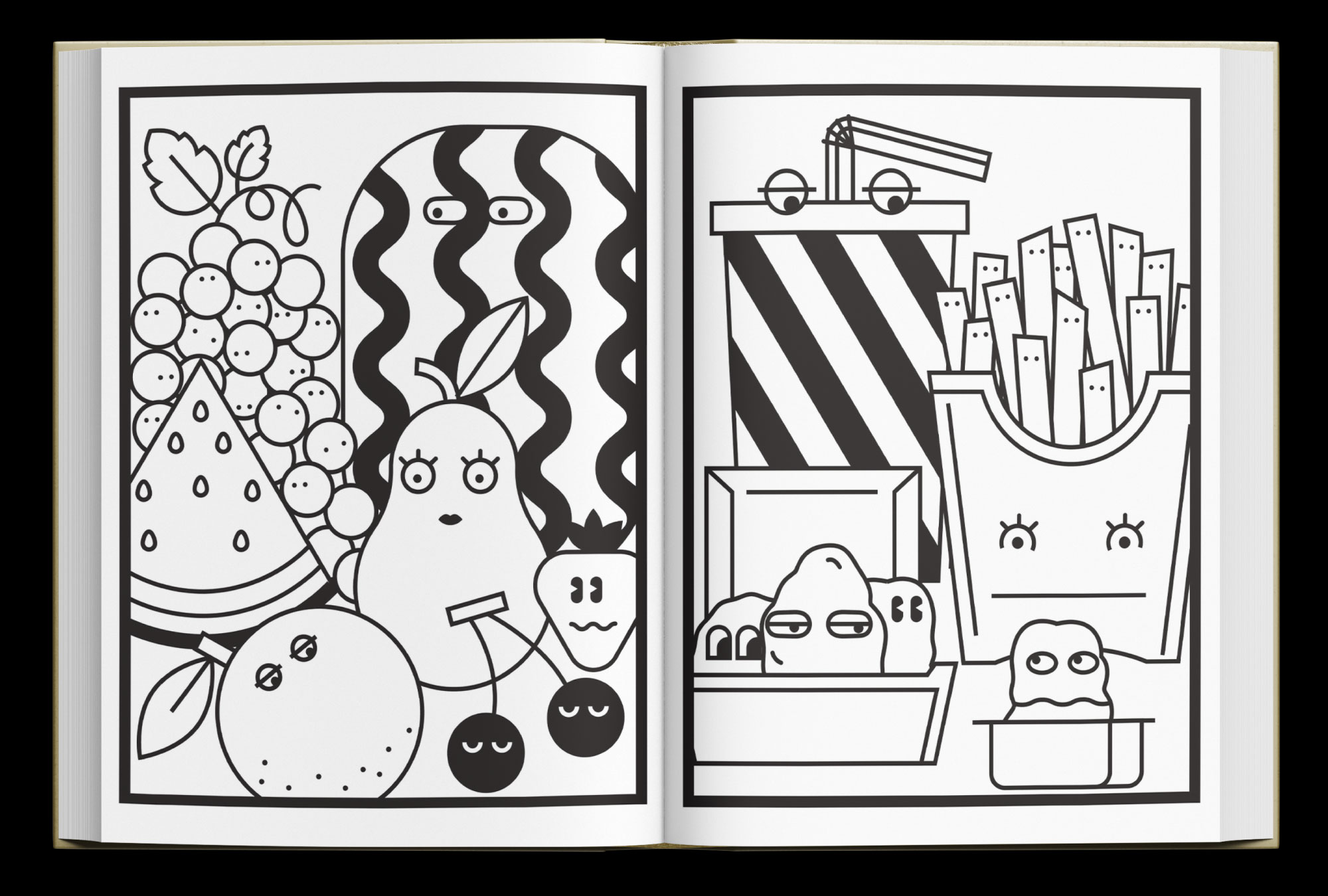 "When the pandemic hit and everyone was confined to their home, the first thing everyone decided to do was learn to cook or bake or try some other technique of making food," a Mother rep tells Muse. "Yeast packets sold out, and everything from casserole dishes to tajines were in short supply."

"But the giant irony of the situation was that no matter how good they became at making their own food, there was a chef nearby who could make it better and could definitely use the business," the rep says. "With this in mind, the idea of creating a cookbook to help people not cook was born."

The first printing of 200 IRL volumes, priced at $50, sold out yesterday, just after they became available. Look for a second run in coming weeks. In the meantime, here's a project video to tide you over:

Some of the proceeds will support restaurant workers struggling amid the pandemic.