The Making of the M&M's Characters, Advertising's Classic Comedic Ensemble

Steve Rutter and I had just become creative partners when BBDO won the M&M's business in 1995. Our ECD, Charlie Miesmer, called us into his office and said he had great news; he wanted us to lead the account. Steve and I looked at each other with dread. Mars didn't have a great reputation creatively, and M&M's had established two sickly sweet characters who shilled for the company. It was Steve who said out loud what we both felt: We would do it for six months—and no longer. Looking back, I think we both walked out of Charlie's office believing the assignment would kill our creative careers.

Dutifully, we rented a car and headed out to Hackettstown, New Jersey, to meet the new CMO at Mars, Paul Michaels. Paul was in his early 40s and full of energy. We had barely stepped through the door before he told us how excited he was to be working with BBDO. I remember thinking, "He has no idea the creative superstars won't go near this business and he's sitting across the table from a rookie team." As we started talking about the brand, I knew I had to be honest. "We should kill the characters," I said with conviction. "M&M's is a quintessential, beautiful product. It deserves better."

Paul looked at us thoughtfully and then gave us the most important directive I've ever received from a client in my career. "We can't kill the characters," he said gently but firmly. "But how about this? Go create characters that you want to write for; characters that you can get excited about." Steve and I were both suspicious. "Really?" I asked. "Can they be flawed? Have human foibles?" "Sure," he said, without hesitation. We walked out energized, maybe even giddy. We had just gotten a glimpse of how important this CMO was going to be to our careers.

When we started to think about how to evolve these two characters, we kept coming back to the fact that there were six colors in the bag. Six. Could we create six different characters? We looked at classic sitcoms like I Love Lucy, The Honeymooners, M*A*S*H and Gilligan's Island, and at the most successful contemporary sitcoms at that time, like Cheers, Designing Women, Friends and Seinfeld, and quickly saw commonalities emerge.

We realized that most comedic ensembles feature two key characters and about four secondary characters. We recognized that the same characters—the blustery schemer, the lovable dullard, the brainiac, the femme fatale and the observant, cool commentator—were key characters in show after show. And when we looked further, we discovered that the same archetypes could be found in other troupes like Peanuts, The Flintstones, Broadway shows. There were even examples in classic literature. This gave us a structure to work with.

We settled on the personalities of Red and Yellow first. Red is the blustery schemer; Yellow is the lovable dullard. Just like Ralph Kramden and Ed Norton from The Honeymooners, Fred and Barney from The Flintstones, Daffy Duck and Elmer Fudd, George and Lennie from Of Mice and Men, Don Quixote and Sancho Panza.

That year a new color had been chosen by popular vote—an early example of consumer-led product and marketing strategy. The winner was Blue, and it seemed obvious to have him be the confident, unflappable cool character, like Snoopy, Bugs Bunny, Sam from Cheers and Hawkeye from M*A*S*H.

There was an urban legend about the green M&M's. They were supposedly an aphrodisiac. So Green would be the first female character—the sexy, confident, in-control femme fatale. Like Candice Bergen from Murphy Brown and Dixie Carter from Designing Women.

Orange was originally meant to be a Lucille Ball type, but later became the anxious, paranoid crispy M&M. Finally, Brown was meant to be an uptight, intellectual character like Lilith and Frasier from Cheers. She evolved a bit before her debut (I was no longer with BBDO at the time).

We took our comedic ensemble idea back out to New Jersey. Paul listened and seemed interested, but had concerns. He didn't believe the media budget for the M&M's brand would ever be big enough to introduce and support six different characters. Half joking, we said we might have the budget to introduce them all over the next 10 years, bringing in a new character when we needed to refresh the narrative—just like in sitcoms.

We would develop Yellow and Red first. Blue would be the next one to launch, since there was a new blue M&M to advertise. We also said that we could do a lot of the character building through licensing. At the time, movies were making more money from the merchandising of characters than the films themselves, and Steve and I willingly raised our hands to create and write for the licensing relationships that would surely evolve out of the comedic ensemble platform idea.

We introduced the idea of merchandising the characters at a global M&M's meeting. It wasn't universally beloved. In fact, one person said to me, "Look, little lady, we are in the business of chocolate, not toys." A few years later, after the M&M's store opened in Times Square, we asked the president at the time, Bob Gamgort, if we were now in the business of toys. He smiled broadly and nodded. "We most certainly are."

As we and the team established and developed each of the M&M's characters, we were always guided by one goal: to make people believe that the characters were real. In fact, we even wrote a Christmas spot in which Santa Claus and the M&M's meet and can't believe either actually exists.

A couple of years after the launch, we received a call from a reporter who was featuring an M&M's spot on Australia's Funniest Commercials. She asked if we had any interesting stories from the set. Without hesitating, we both jumped in. "You know, it's weird," I replied. "You'd think Red would be the difficult one on set. But actually Yellow is the real prima donna." "Yeah," Steve added. "Very tough to work with, a real jerk."

The reporter was taken aback. "You've gotta be kidding me! Yellow is so sweet on camera!" Then she stopped and realized, yes, indeed, we were kidding her. It was that conversation that made me realize that we had done what we set out to do. We didn't kill the characters; we brought them to life. And Steve and I both agree that they most certainly did not kill our careers.

• " 'You Deserve a Break Today.' The Story of the Classic McDonald's Jingle That Almost Wasn't" by Keith Reinhard
• "Motel 6, Tom Bodett and the Ad Campaign That Put Us on the Map" by Stan Richards
• "The Phone Call" by Lee Clow 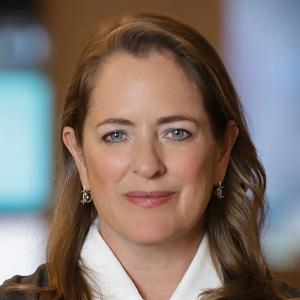