'You Deserve a Break Today.' The Story of the Classic McDonald's Jingle That Almost Wasn't

The winding road to a legendary campaign

Some ideas may be the result of inspiration, but one of our best was born more out of desperation. "You Deserve a Break Today," which we launched for McDonald's in 1971, was later named jingle of the century by Advertising Age. But it almost never happened.

At the Needham, Harper & Steers agency in Chicago, we won the McDonald's account in a pitch where no creative work was allowed. But we had gathered research confirming that consumers in those days needed an escape from the humdrum and sameness of their lives. Moms needed an escape from meal planning, dads needed relief from the high price of eating out, kids needed a respite from broccoli and table manners, and on and on. Folks needed a getaway from their daily routines.

So, if folks needed a getaway, how about likening McDonald's stores (that's what they were called then) to enticing island getaways where the people are friendly, the food is fabulous, and the whole delightful experience is easily affordable. A perfect metaphor! "Come to the McDonald's Islands." We wrote a hooky jingle with an island beat. McDonald's loved it, and off we went to Hollywood to film it.

After a day of shooting, a call came from McDonald's legal department. It seems a chain of root-beer stands somewhere in the Midwest was marketing its locations as "Islands of Pleasure." Stop the cameras! We have no campaign!

Air dates were looming when I flew to New York and met with Sid Woloshin, the music producer who had created lots of music I liked, including a soaring anthem for a famous airline, "Pan Am Makes the Goin' Great."

"Not exactly," I replied. "We want people to 'get away' to McDonald's."

Sid started writing music, and we began writing lyrics ending with a new tagline: "We're so near yet far away. So get up and get away to McDonald's." We fleshed out a full song, recorded it and presented it to a client who loved the feeling but questioned the tagline.

We tried to explain: "It's like the Islands. We're very near geographically, yet far away psychologically." McDonald's wasn't buying.

So now, desperation really sets in. We think maybe we've sold a campaign, but our jingle now has seven naked notes, urgently in need of new words.

We went back into the research and noticed the word "break" used to describe the getaway that women said they needed. Break! That's it! Which note gets the word break? And what are the words that surround it?

We were off and running with a soon-to-be-famous campaign, more the result of desperation and perspiration than a quick lightning strike of inspiration.

• "Motel 6, Tom Bodett and the Ad Campaign That Put Us on the Map" by Stan Richards
• "The Phone Call" by Lee Clow 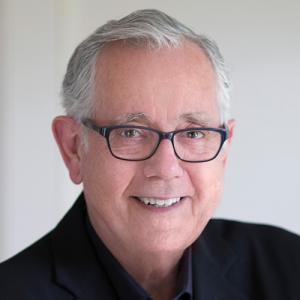