Andy Cohen Talks Advertising, Fatherhood and the Legacy of the Real Housewives

Our chat with the #Clio60 host

It's been an eventful year for Andy Cohen.

Unsurprisingly, fatherhood been a transformative experience for Cohen, 51, who has relaxed his intensely hectic schedule somewhat in the months since—though he still hosts his live Bravo talk show five nights a week and continues to executive produce the Real Housewives franchise (as well as hosting its ever-popular reunion shows). 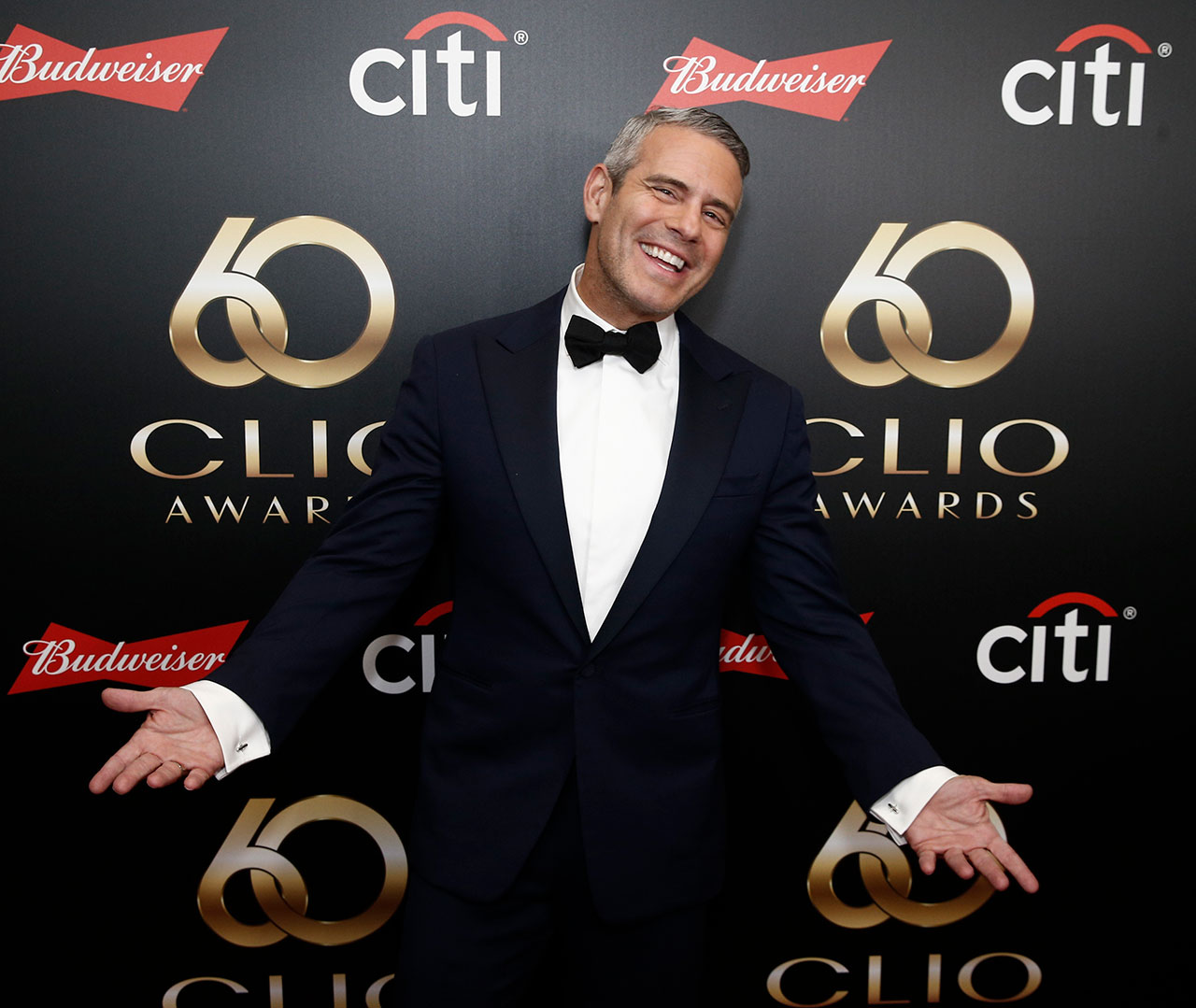 Cohen also hosted the 60th annual Clio Awards show this week. Just before the show, Muse sat down with the St. Louis native to talk about advertising—including brand integrations on WWHL—as well as how fatherhood has changed him and the enduring legacy of the Housewives franchise.

Muse: It's a big year for the Clios. What are your thoughts on hosting the 60th anniversary show?

Andy Cohen: It's great. I have great respect for advertisements, beyond the fact that I need them to sustain my career. It's incredible how the medium has changed in the last 60 years, and the ways in which ads are seen, and what counts as one. They've become so much more socially conscious. They're much more inventive. I always love seeing what wins. And I find inspiring. It's creatively inspiring, and it's also just inspiring as a citizen of the world to see what's being put out there in terms of pro-social initiatives.

You do a lot of brand integrations on your show. How do you feel about those?

I feel great about them. I used to be involved in brand integrations as a producer when I was at Bravo as a network executive. Now, I'm involved as a host and as a producer of Watch What Happens Live. They're necessary. And I think if they're done well, it's a really satisfying experience for the advertiser and the consumer. I'm really proud of the integrations we've done on Watch What Happens Live, particularly over the past year.

Are you involved in the creative ideas for those?

My team is so great. If they want to go balls to the wall on something, they'll check with me. But otherwise, I trust them. They say no to things that aren't a fit. And we go full throttle on things we know will work.

Did you star in commercials at any point?

I have been in some ads that were produced for NBC Universal. Some car commercials. A Microsoft campaign. Auto Trader. Snapple. And I work with some brands on my social media. I've had a partnership with Ralston Purina for a couple of years—my dog and I. I just worked with Amazon and created a Father's Day wish list for first-time dads. 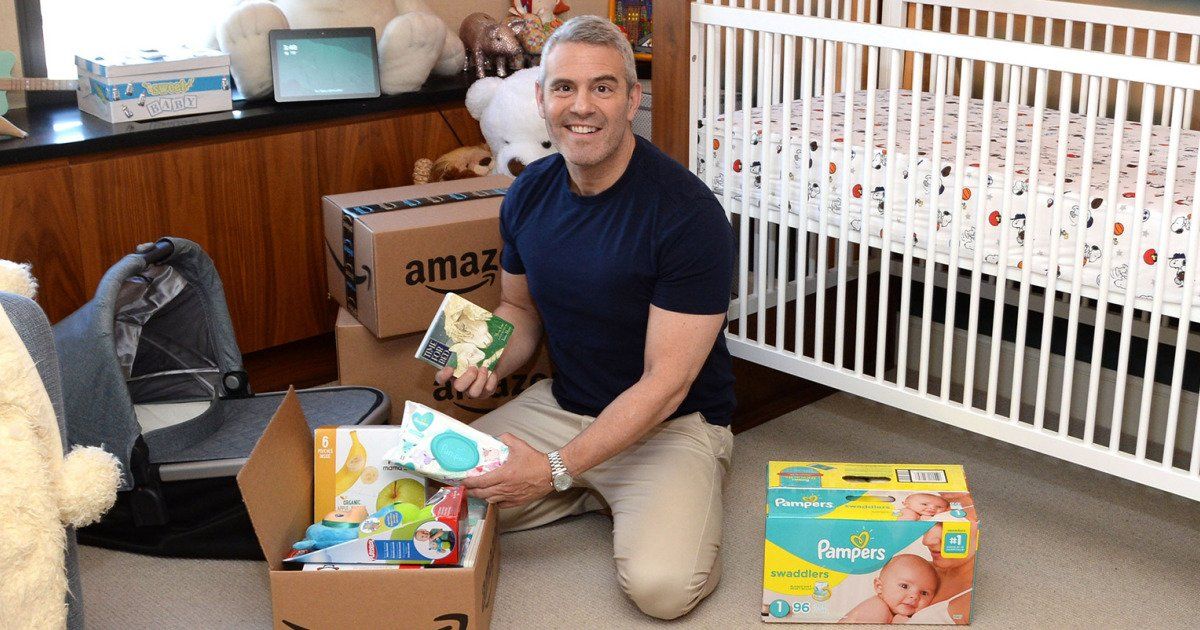 Is being an influencer a role you're comfortable in?

It is. I say yes to the things that fit and work.

You recently celebrated 10 years of Watch What Happens Live. What's the secret to its longevity?

There's still nothing like it on TV. It's still the only live show in late night. I have to leave to go and do my show tonight. And just the authenticity of it—people know that I'm going to go where other shows don't, with my guests.

You ask the questions other hosts wouldn't.

Yeah, it's like when someone goes on Howard Stern. You know you're going to get a different interview than when they go on another show. And I'm exactly the same.

You and Howard are buddies. You're on his show a lot.

Yes. I love him. I really admire his interviewing style.

What's always struck me about Watch What Happens Live is the set itself. The clubhouse vibe sets it apart.

Yes, it's really intimate. And again, it's authentic. I am literally throwing a cocktail party every night for 30 people in my audience and everyone who's watching at home. We encourage people to have fun and interact. There's live voting, you can call in, you can tweet me. A lot of times the audience really dictates the tenor of the conversation.

You had a fun 10th anniversary celebration.

We did—with Chrissy Teigen and John Mayer. It was awesome.

Did you ever envision how big and influential the Real Housewives would become? It's the blueprint for so much programming now.

Not really. It's been a gift for me. I love soap operas, and it has, in my mind, replaced the soap opera. It's a reality juggernaut that is too wild to even predict what's going to happen next. We've kept it fresh, bringing people in and taking them out. I really handle my work on the show with care, because I want it to keep going.

Congrats on the baby as well! How has having Benjamin changed your life, and your schedule?

Pretty substantially, but all for the better. It's just anchored me. It's a joy. I feel like he's a bit of a ticking time bomb because he's about to start crawling and walking. So, I'm waiting for that.

My new favorite activity... (he always hates the first bite and it amuses me every time.)

A lot of new parents tend to take stock of their life. Do you feel like you might change course in the next few years, or are you pretty comfortable where you're at?

I'm pretty comfortable now. I don't say yes to as many things as I used to that would require me to be away from him a lot. When I have to leave town, it's usually for, like, a day and a half. And I know when he starts talking it's going to be harder and harder to leave him. But listen, taking stock of my life is what led me to have him in the first place. Where am I going? What am I doing? What's important? So in a way, my course in life has already changed.