Motel 6, Tom Bodett and the Ad Campaign That Put Us on the Map

The story of The Richards Group's defining work

The phone rang. "Stan, I need your help."

On the other end of the line was Joe McCarthy. Friend. Former client. Proper Bostonian. I hadn't heard from Joe in months, but his voice immediately brought back all that I had enjoyed about creating advertising for his former company, Lincoln Hotels—a sophisticated brand that perfectly reflected Joe's own sensibilities.

Joe explained his current situation, and it was dire. He'd taken on a new role as the CEO of Motel 6, and the company was struggling. Occupancy rates were falling 2 percentage points per year.

Now, I couldn't have imagined a stranger fit for Joe than this budget motel chain. But of course I told him I'd do whatever I could to help.

At that time, The Richards Group was a regional agency. We were a good one, to be sure—winning the lion's share of regional awards—but we had yet to make the leap to attracting and winning national accounts.

Joe's call presented just that opportunity. As soon as I set down the phone, we began conducting research, studying industry data, and staying at Motel 6's across the country. Yet after comparing notes on dingy hallways and coin-operated televisions, we came to a unanimous, albeit reluctant recommendation—one that probably meant we would remain a regional agency for a little longer.

I told my friend that to spend money on our services, instead of on the motel chain itself, would be a mistake. After all, even if The Richards Group could persuade a guest to give Motel 6 a try, it was doubtful that guest would give it a second chance, given its current state of disrepair. Joe's primary responsibility, in my opinion, was to bring the motel chain up to the standard of a trusted national budget brand—at a minimum, offering clean, safe accommodations.

Joe appreciated the recommendation. In the meantime, he asked us to get started on an advertising campaign to relaunch Motel 6 once the remodeling project was complete. So, as extensive motel property and operational changes began in California, we initiated positioning work back home in Dallas.

Step one? Nationwide focus groups. The Richards Group recruited participants who claimed they had stayed at a Motel 6 in the past three months. Our first group gathered, we took our seats on the opposite side of the glass, and our brand planner led the discussion. Pretty standard stuff.

Less standard were the series of responses to the seemingly innocuous question, "Where do you stay when you're on the road?" Each of the 10 individuals offered a hotel or motel brand, but none mentioned Motel 6. So the same question was asked a second time, and again, no one named the brand we were there to discuss. Worried that we had a misrecruited room, the planner pressed a third time. Exhausted, the participants just couldn't seem to find another motel to name.

We were close to canceling the session when someone finally spoke up: "You know, if it's late at night, I'll stay at a Motel 6. And I can save enough money by doing that, I can spend it on a tank of gas."

Someone else in the room, encouraged, offered, "I do the same thing. And I can save enough to bring a gift to my grandchildren."

The Motel 6 confessions continued. It occurred to us that this was simply a group of people who did not want to be perceived by the others in the room as being cheap or poor. As they traded stories, their initial embarrassment transformed into pride. They didn't stay at Motel 6 because they were cheap—they stayed there because they were frugal.

There was our simple answer: We would extol the virtues of frugality.

As our Spherical® branding process continued to unlock this new Motel 6 positioning, we considered creative executions. Our goal was a brand campaign that would exhibit frugality and intelligence and speak directly to our sensible travelers while they were on the road.

One of our agency writers, David Fowler, suggested working with an NPR storyteller who seemed the perfect fit for the Motel 6 brand. The obscure radio talent had a voice that was immediately likable and distinct, delivering witticisms with commonsensical charm. Almost 33 years later, we all know him by name: Tom Bodett. 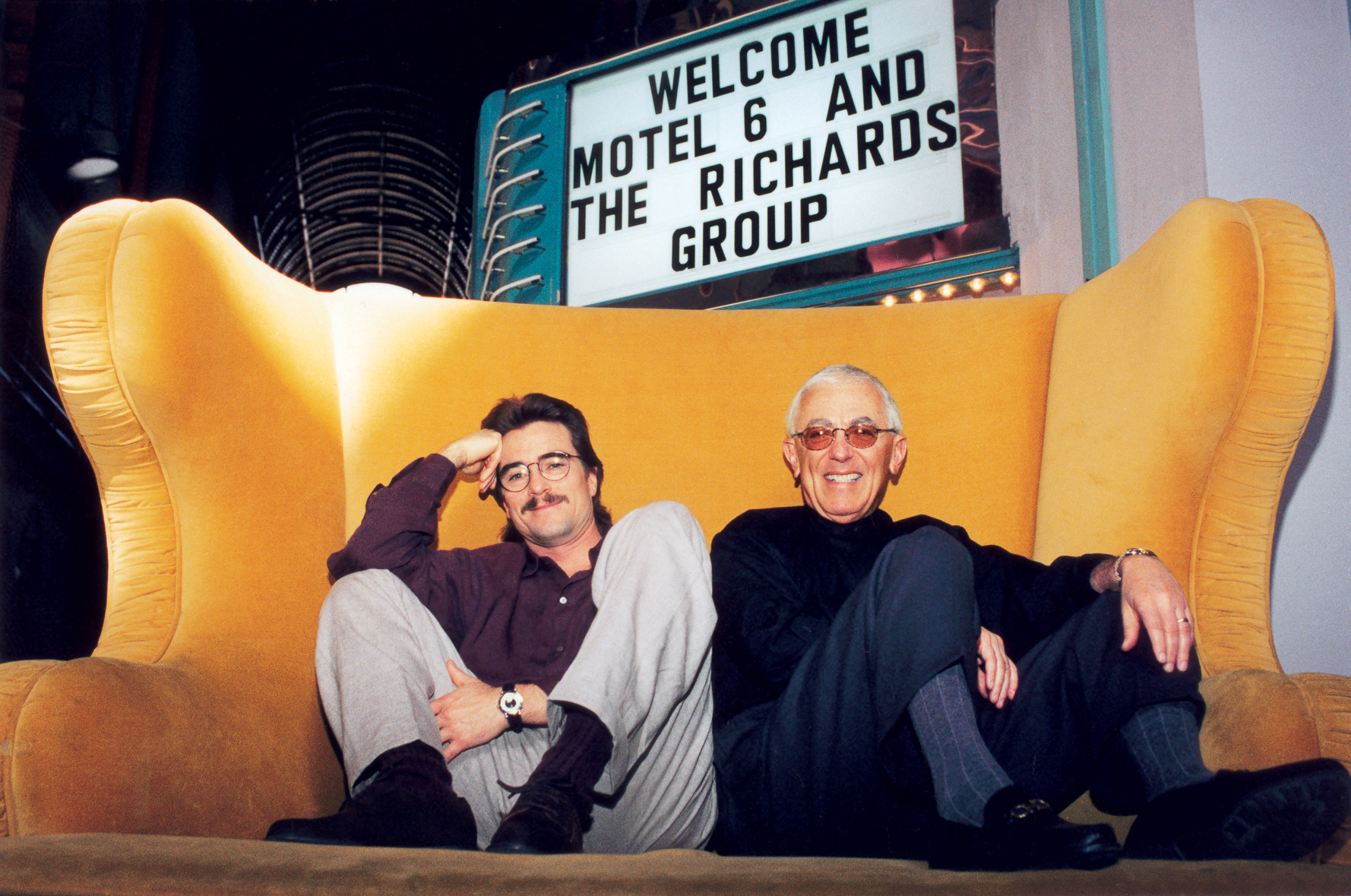 The writing for Motel 6 was and continues to be created at The Richards Group, though Tom has always played a large part in the radio work. Few know that Motel 6's theme line, "We'll leave the light on for you," was ad-libbed by Tom and David because a radio script was running short. To this day, if I walk up to the first person I see on the street and say "Motel 6," he or she will respond with one of two things: either "Tom Bodett" or "We'll leave the light on for you."

Like Tom Bodett himself, the rest of my story is well known. Motel 6 has flourished from near-bankruptcy to a very healthy company in the decades we have worked together. Despite being dramatically outspent, their 40 percent total awareness number outpaces the nearest competitor by 9 percent, and Motel 6 is still regarded as the best value for the money compared with all others in the economy-lodging segment, achieving 30 years of continuous growth.

As for us? The Richards Group transformed into the largest independently owned national advertising agency, where new-business opportunities continue to come to us from all over the country. The state-of-the-art facility that houses our agency today not only displays a row of Radio Mercury Awards for Motel 6 in our lobby but also boasts a friendly greeting voiced by Tom Bodett at the end of every elevator ride.

Because thanks in great part to that phone call from my friend Joe nearly 35 years ago, we'll always leave the lights on too. 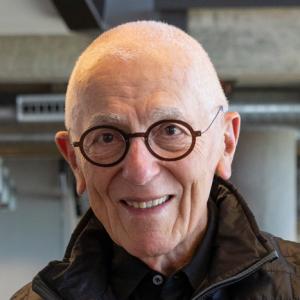