Women Share Their Bodies, and Their Experiences, in 'Vaginas Untold' Art Project

A different kind of Vagina Monologues

One of our favorite things about the last year alone is the number of woman-driven odes to pussy power—literal and otherwise—that we've enjoyed. There's the breathlessly vivid video for Janelle Monáe's "PYNK," Leilah Weinraub's documentary Shakedown, and HandsAway's sassy consent ads, themselves mutations of other contemporaneous works—to name just a few. 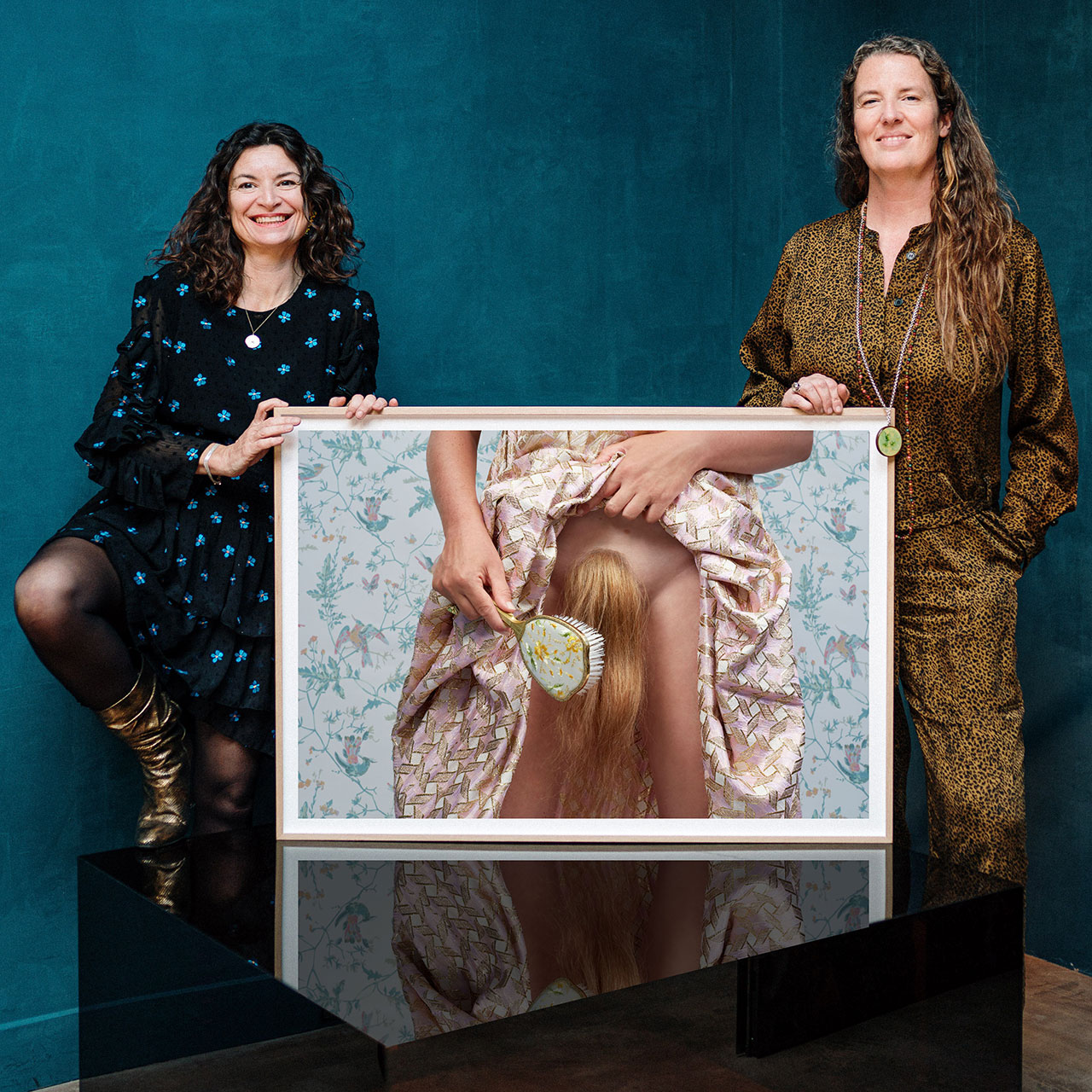 This isn't vaginas in abstraction, like Bodyform's bathroom graffiti. It's also not a coy suggestion, à la "Viva La Vulva." It's actual photographs of mostly unobscured vulvas—not of actors or models, but of Kersten and Le Goff's friends, colleagues, associates and clients.

Vaginas Untold is about how the female gaze makes that same nakedness subversive, powerful, vulnerable ... and yes, sometimes sexual. We are not product but person; there's nothing exploitative here. Instead, it's as replete with meaning—messy, paradoxal, beautiful—as humanity itself.

"If you dare to have your vagina photographed in a beautiful way, you can do anything," Kersten says.

(This is actually profoundly true. In Vagina: A New Biography, Naomi Wolf describes how tightly the neural wiring of biological women is wedded to our genitals: The shame, social castigation and mystery surrounding vaginas impacts creativity, sense of safety and capacity to project into the future. To ruin generations of women, you don't even have to touch them; you can just tell them they smell like fish, or that perfect vulvas are symmetrical.)

But just talking about bare vaggies is obscuring half the story. What Vaginas Untold really strips bare are the complex experiences of women, illustrated, but not just. Each vulva appears in a context, encapsulated by a poem in both English and French.

Below is "The River of Blood." Click the poem to enlarge. 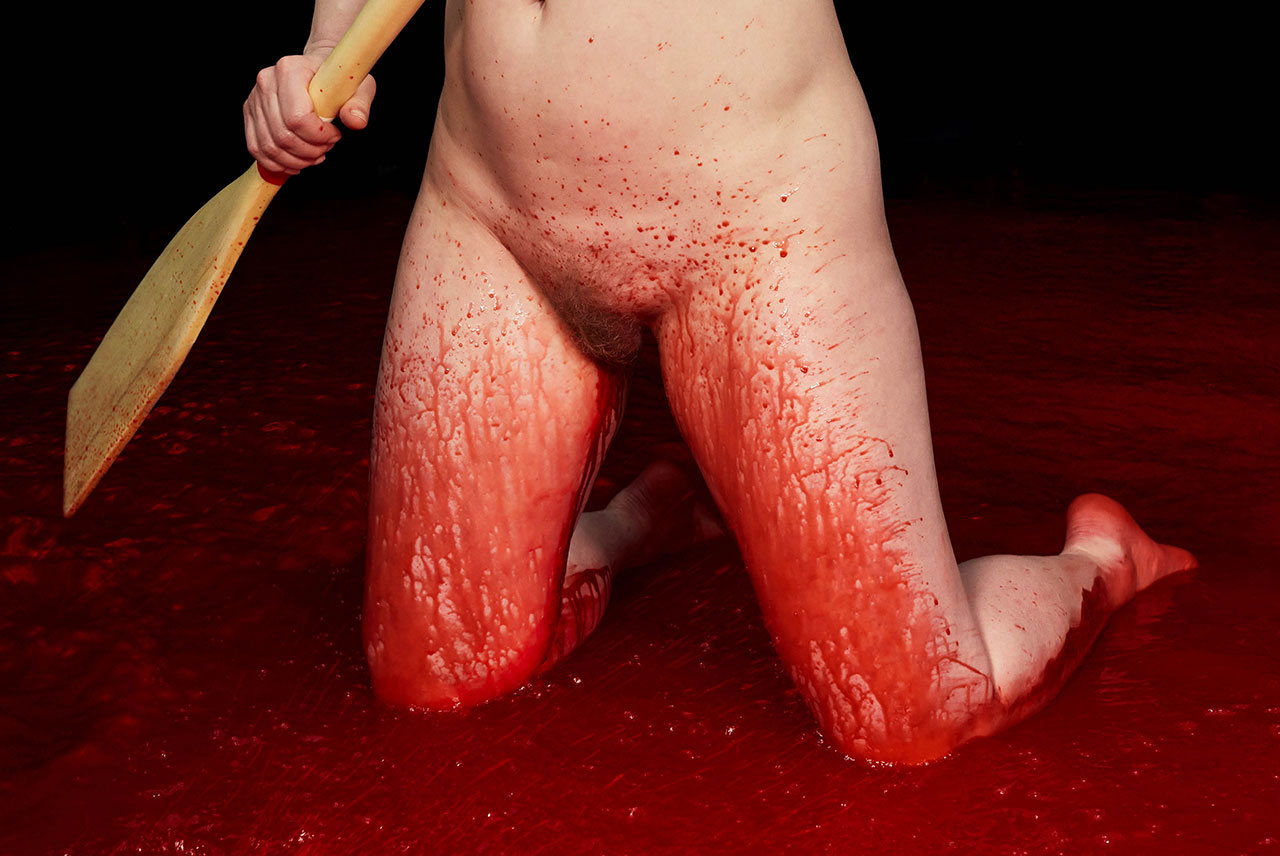 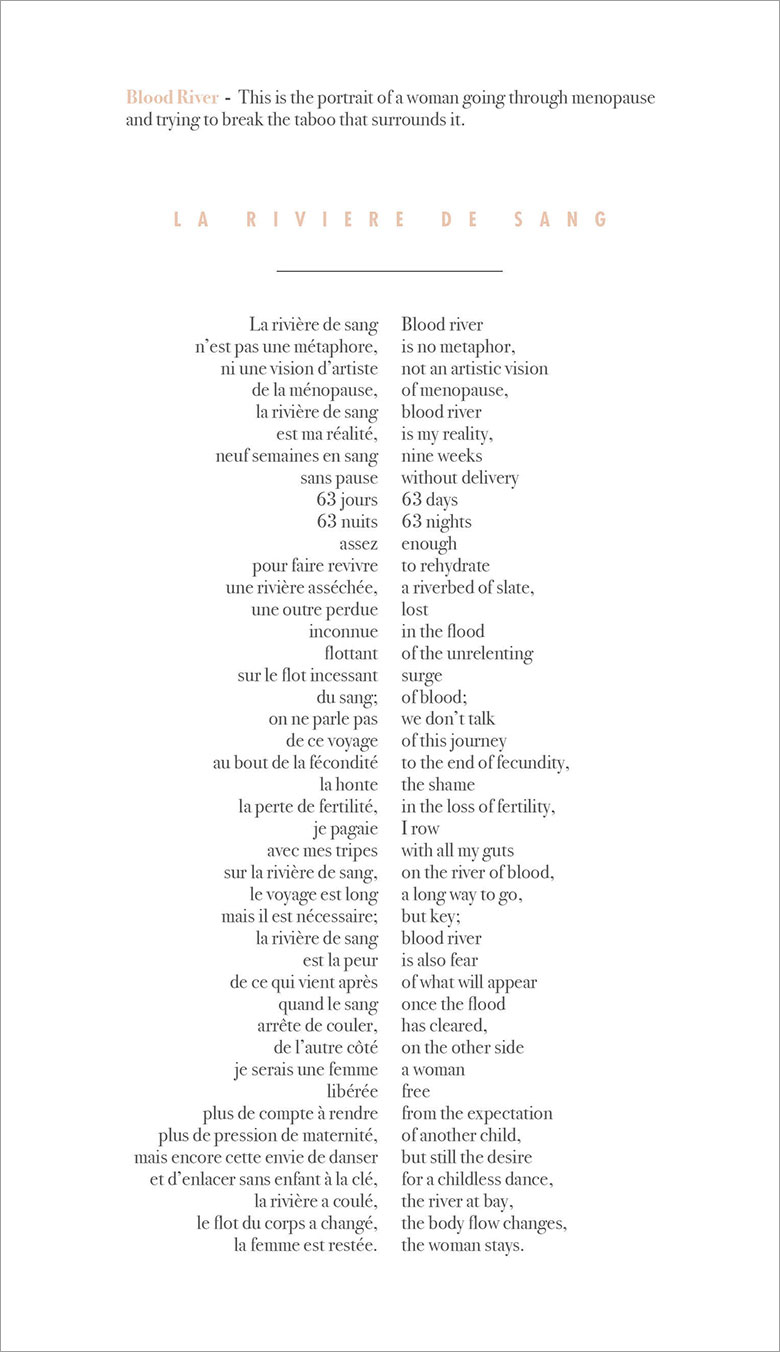 For "The Gift of Silk," the vulva literally drips with youthful eroticism, bubblegum-pink. 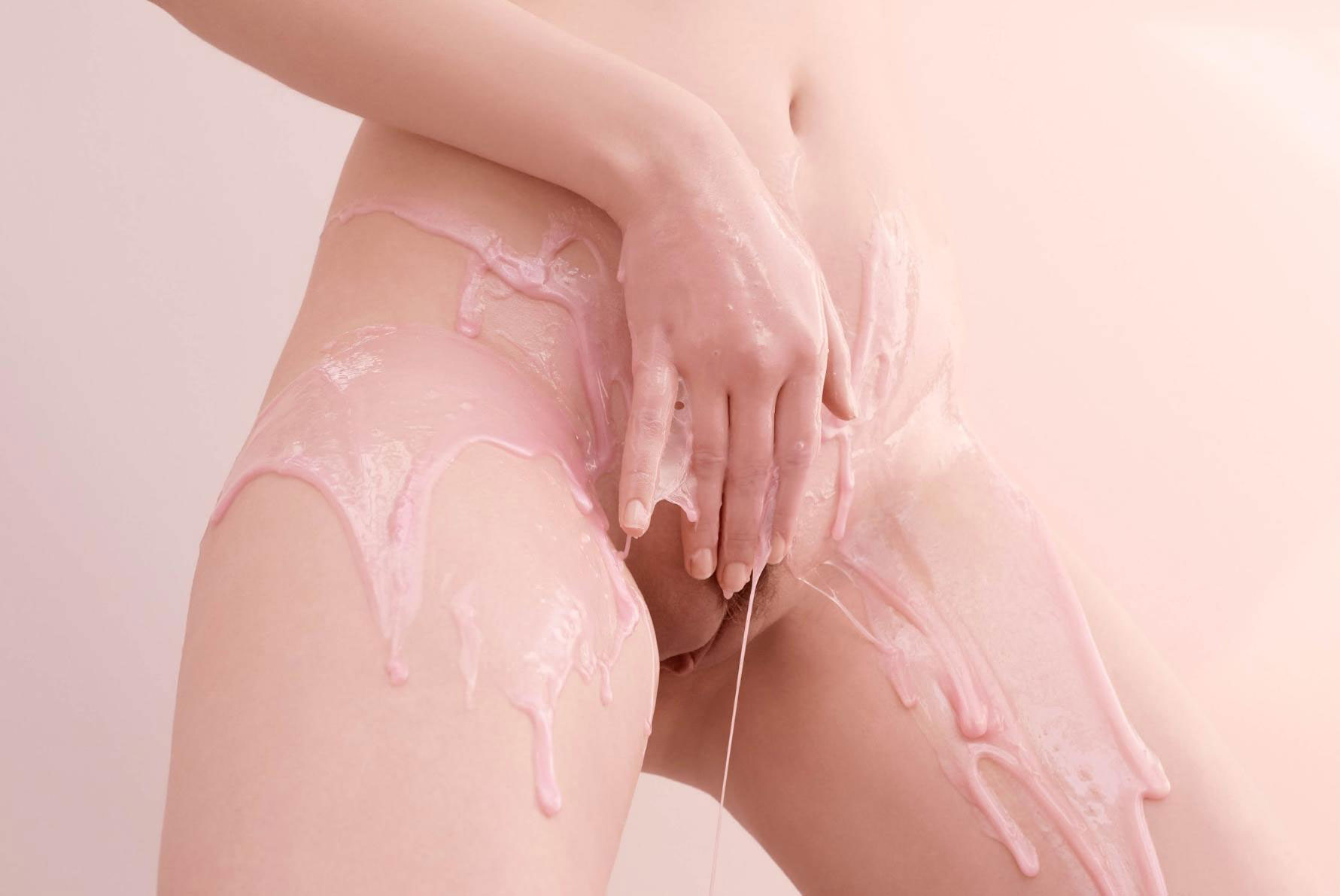 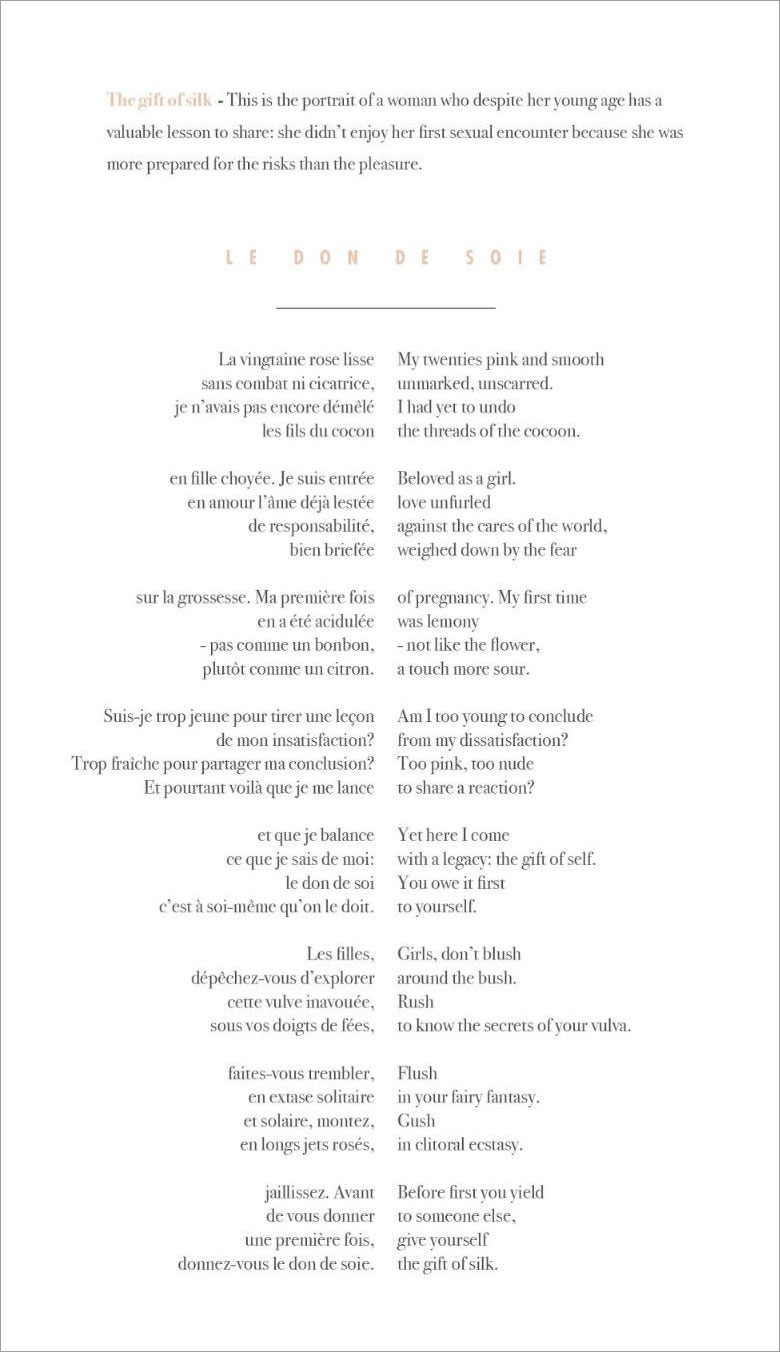 Vaginas Untold began as a personal effort to explore femininity and feminism. Now, Kersten and Le Goff hope to make it global and multicultural, creating an inclusive representation of bodies and experiences.

But there are also practical reasons for the project. The pair cite the kinds of statistics that should surprise people, but don't: In 2018, RIVM in the Netherlands reported that just 60 percent of women appeared at critical cervical cancer screenings. Refinery29 U.K. observes that 48 percent of us have concerns about the appearance of our vulvas, and a 2019 YouGov survey found half of Britons couldn't identify or describe the functioning of the urethra (58 percent; come on, it's the pee hole!), labia (47 percent; it's our inner and outer vagina folds … or "vaginal lids," as Rocky Flintstone writes, to the world's collective chagrin) and vagina (52 percent; contrary to popular belief, this doesn't describe the external genitals, or vulva—this only describes the muscular tube leading from the outer genitals to the cervix; it's where fun stimuli goes in, and sometimes babies come out).

Back to the art.

"Peace Warrior" is a battle cry, transmuting trauma into a warrior's initiation: 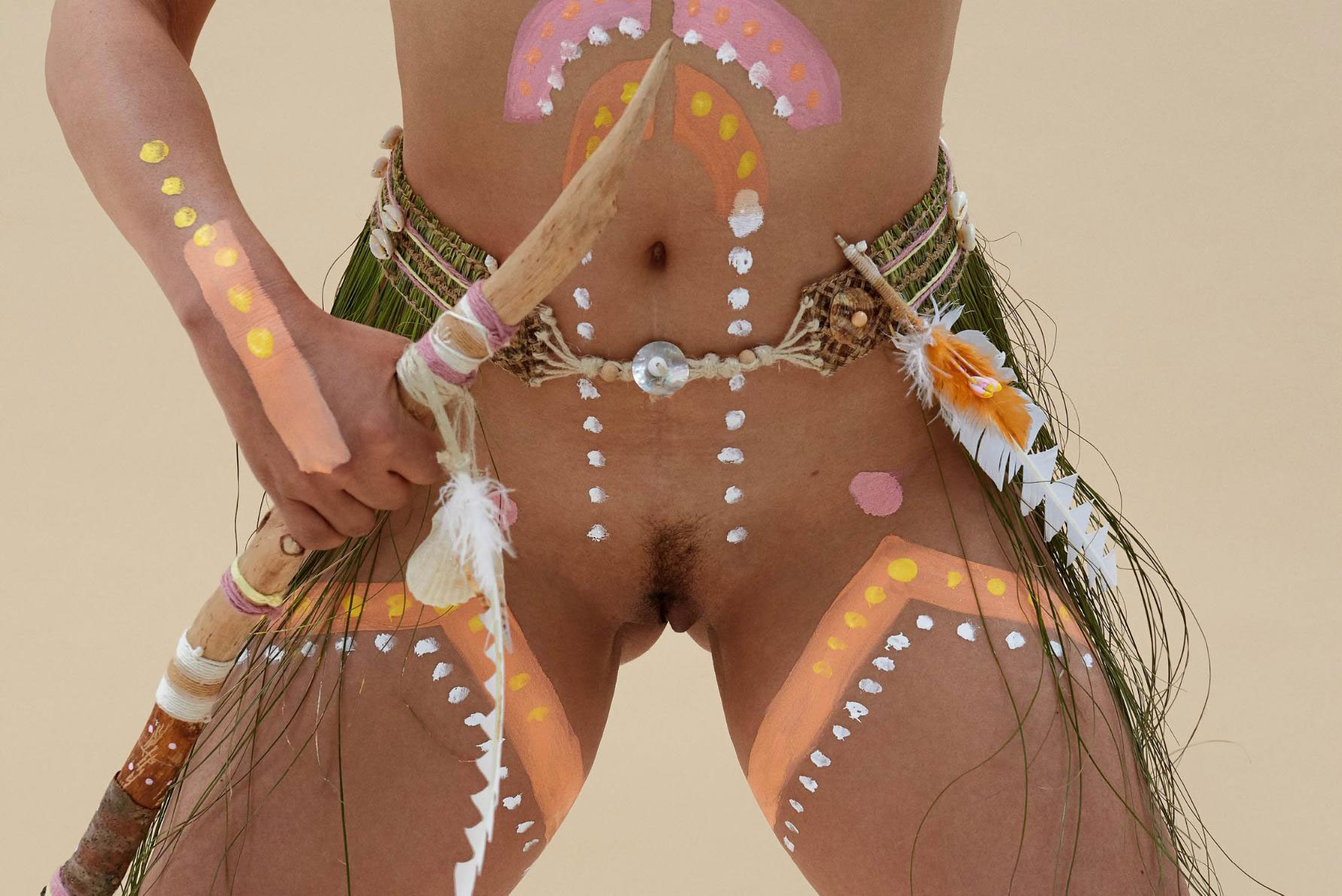 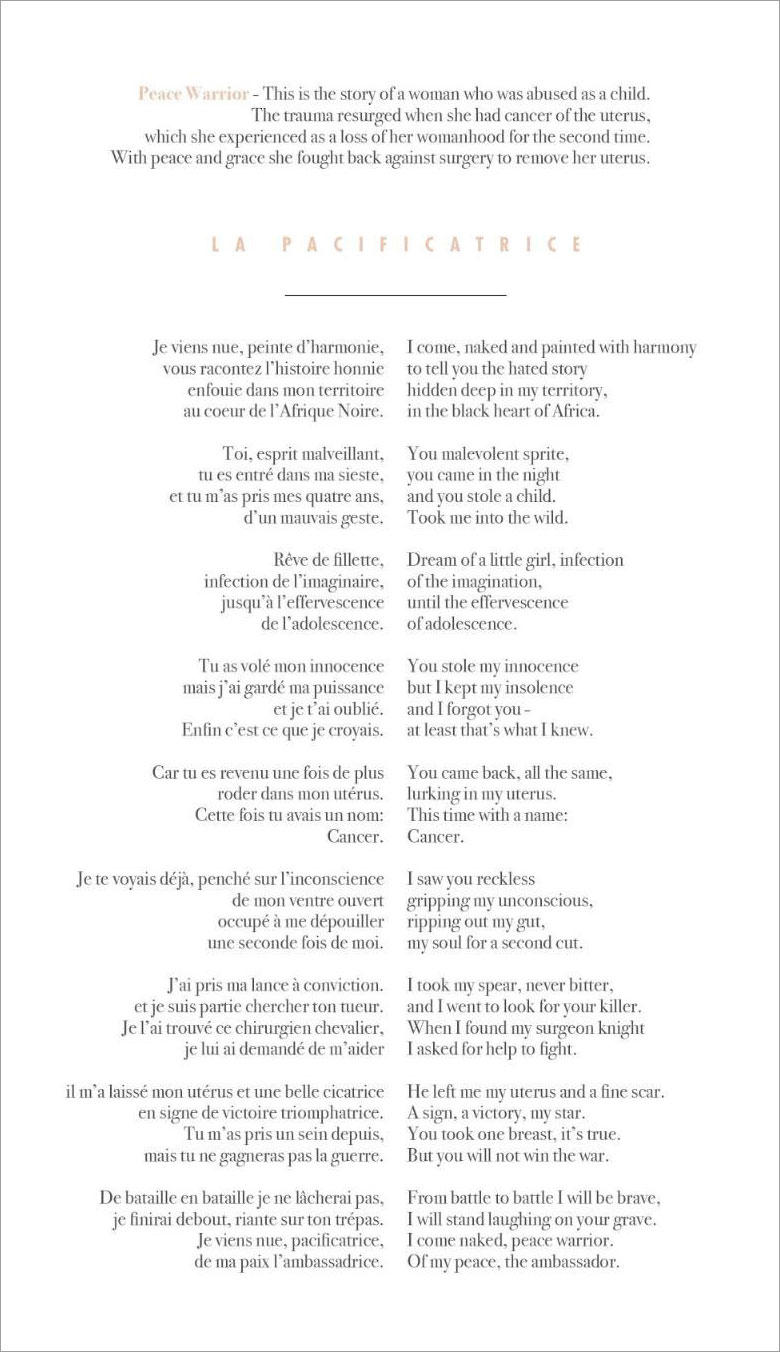 "L'Echappée Belle" ("Torn Beauty") is brutal in the frankness of its pain. This is for a woman with endometriosis, which is miserably common and mostly socially ignored. 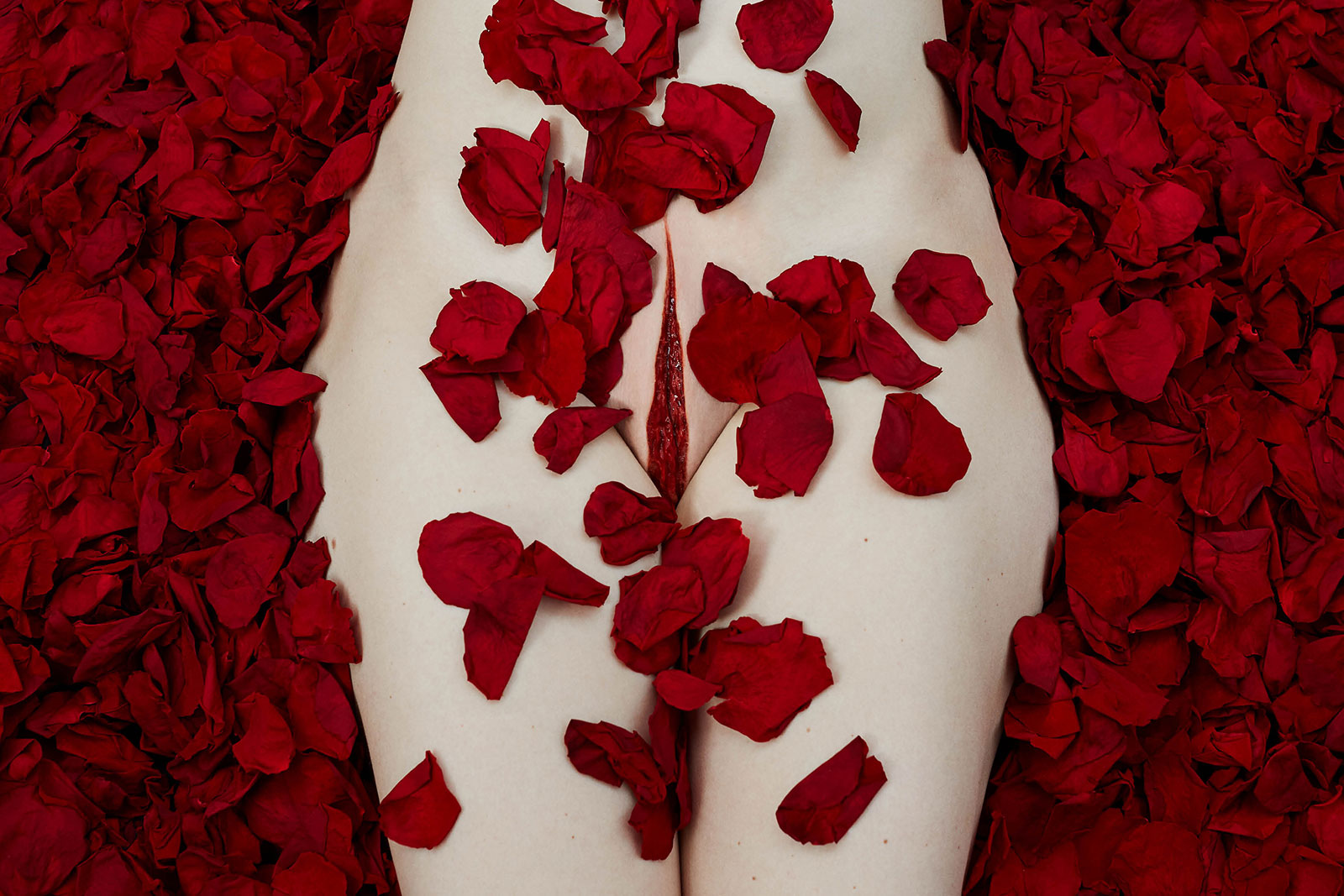 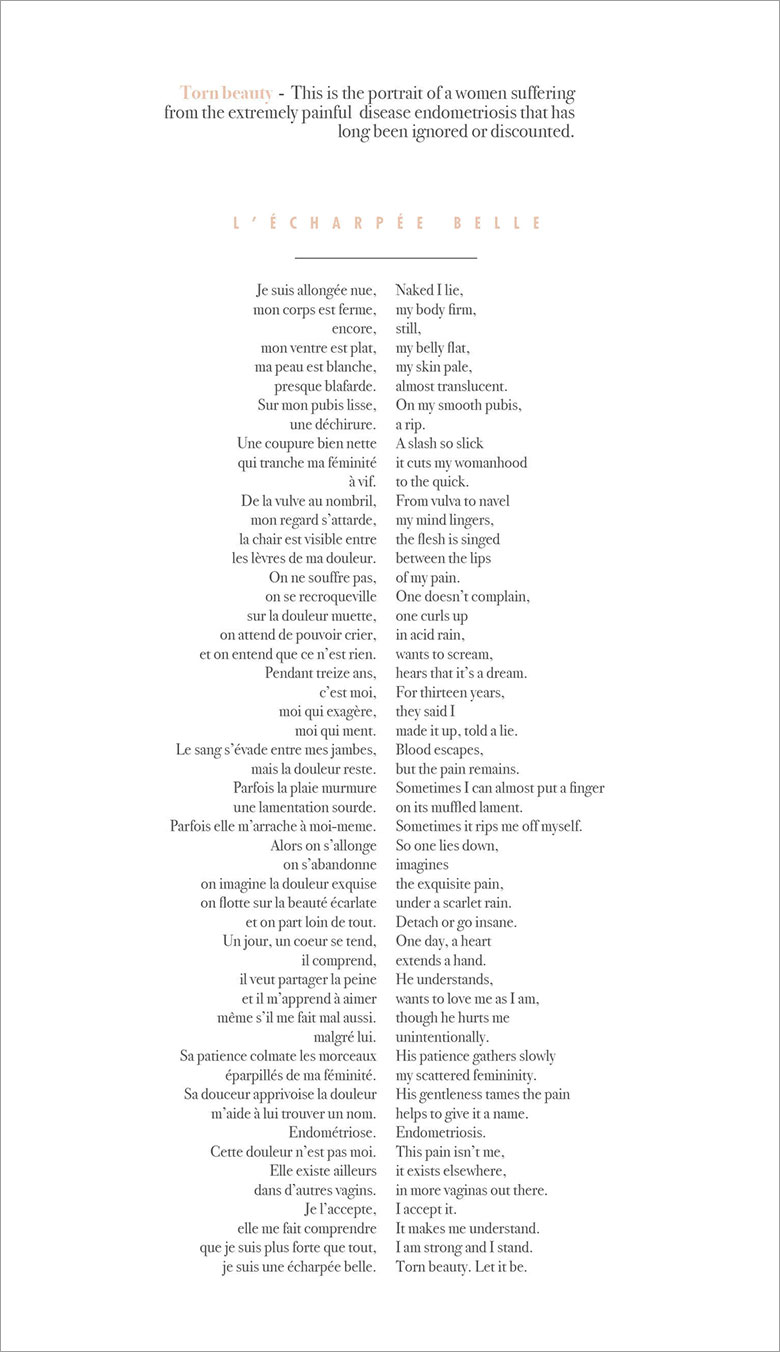 "Why don't we talk about sex, birth, pleasure, menopause or abuse more?" Kersten wonders. "As women, we keep our most difficult experiences to ourselves when, so often, they are ones all of us face. Vaginas Untold empowered women who bravely shared their bodies and experiences with us—but through the book we hope that empowerment spreads, provoking further open conversations about stories too often untold."

It isn't just the vulvas here that shatter taboos; discussing women's pain and sexual desire—youthful desire, even!—is inherently brave, because you can't do it without being labeled as someone with an agenda. We're reminded of Deborah Tannen's "There Is No Unmarked Women," published in 1993: Women are marked by what they do and don't do, say and don't say; there is no way to be neutral, or "unmarked."

So why not just be naked? There's a liberation in realizing that, with systemic sexism, the game is rigged against your mother, daughter, friends, enemies, nieces and you. In a way, it means you can play the table however you like.

Some 33 women are featured in the limited-edition book, which you can buy for 80€ ($90). Women can anonymously share experiences on the website, and opt to participate in the larger project, which includes roundtables, a report, a podcast and more art—all to break the weird, judgy silence around our bodies and ourselves. 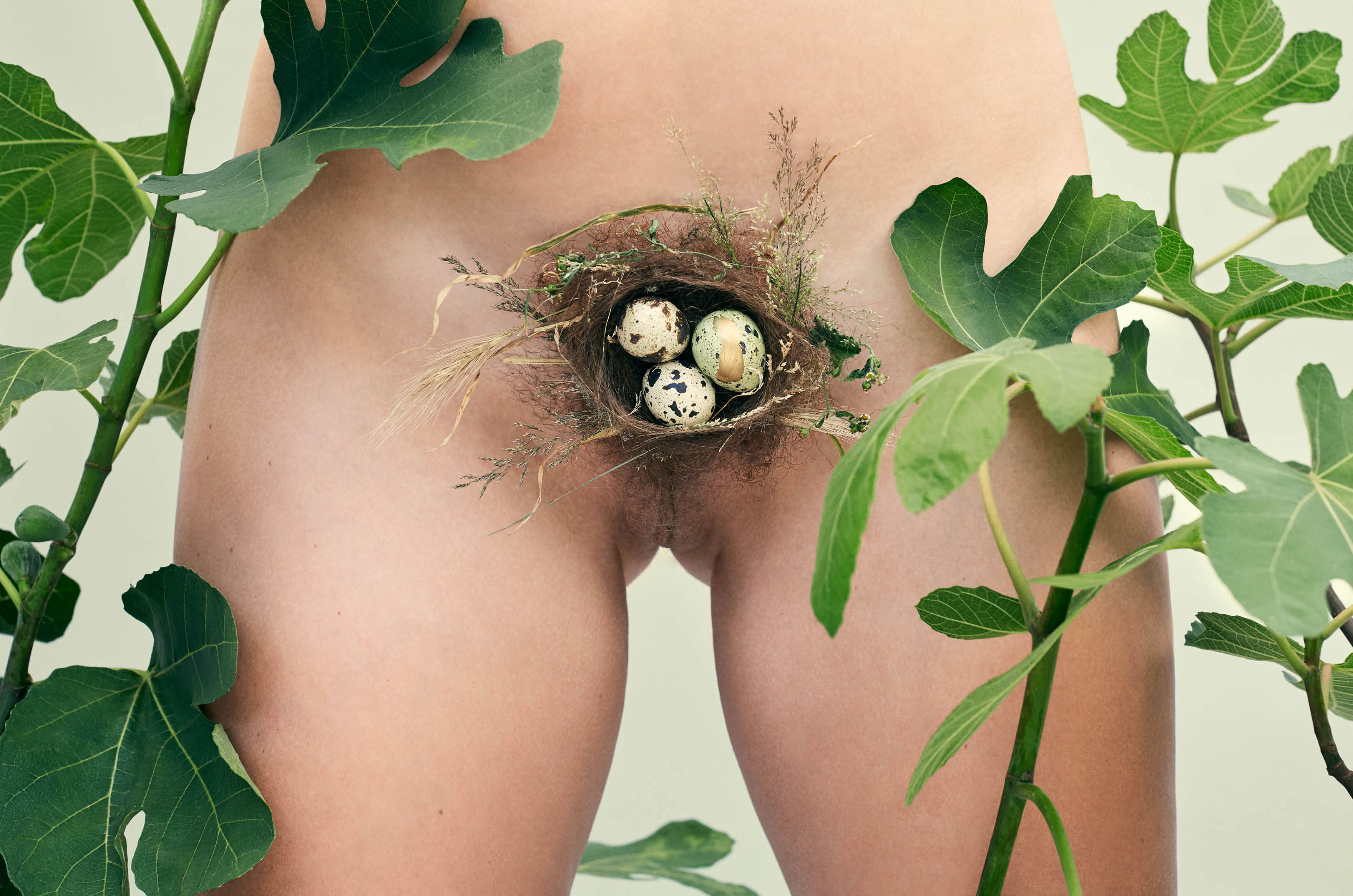 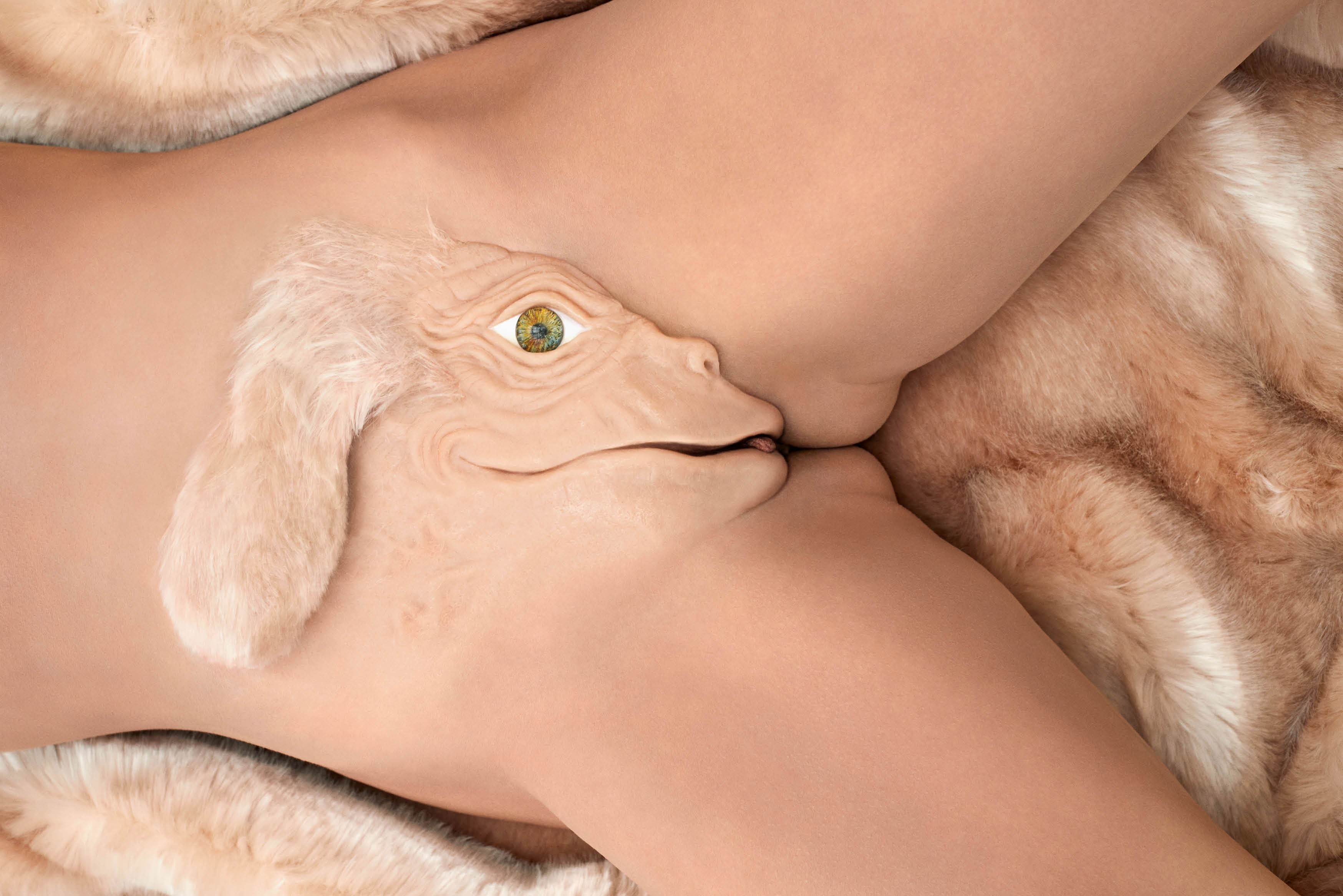 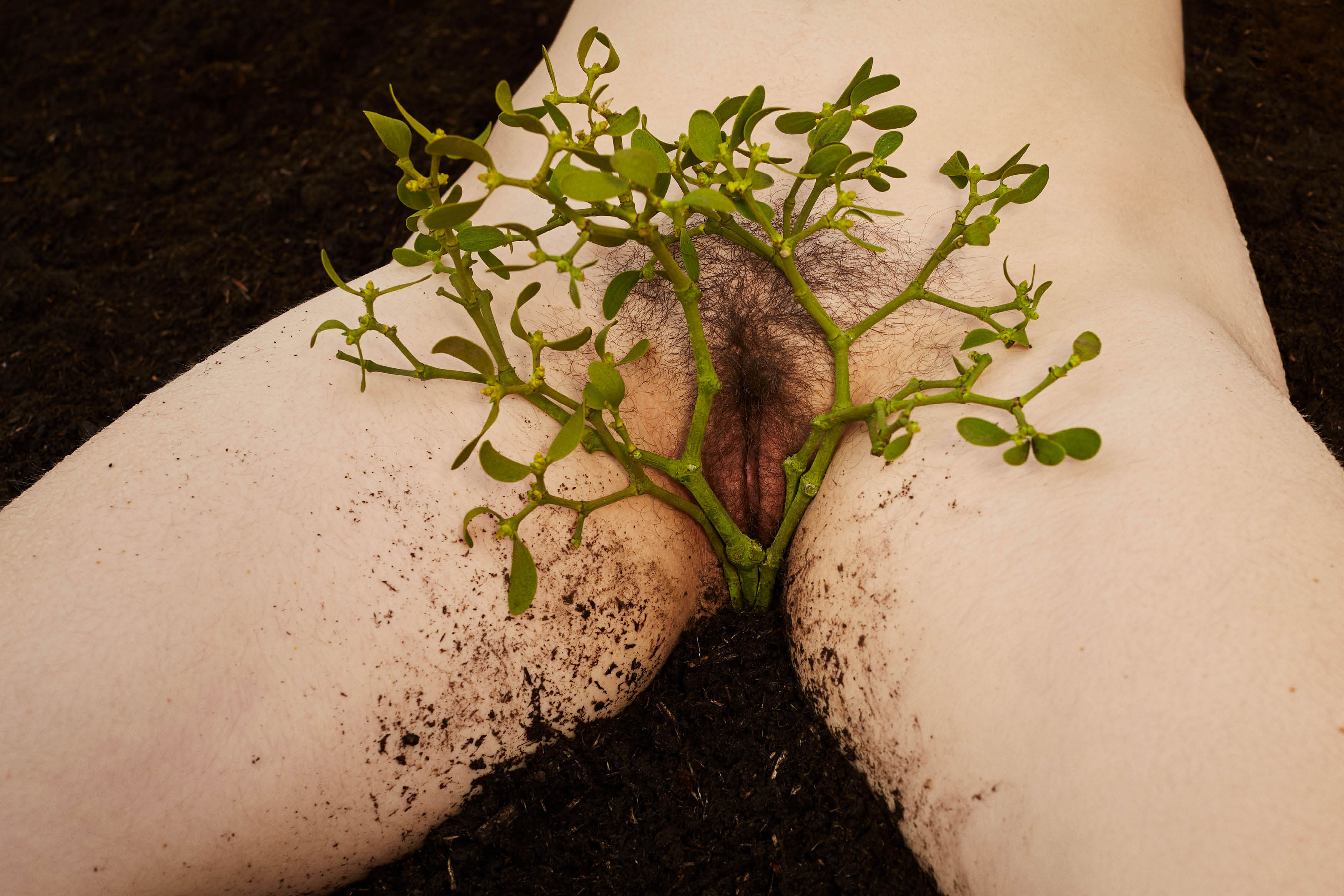 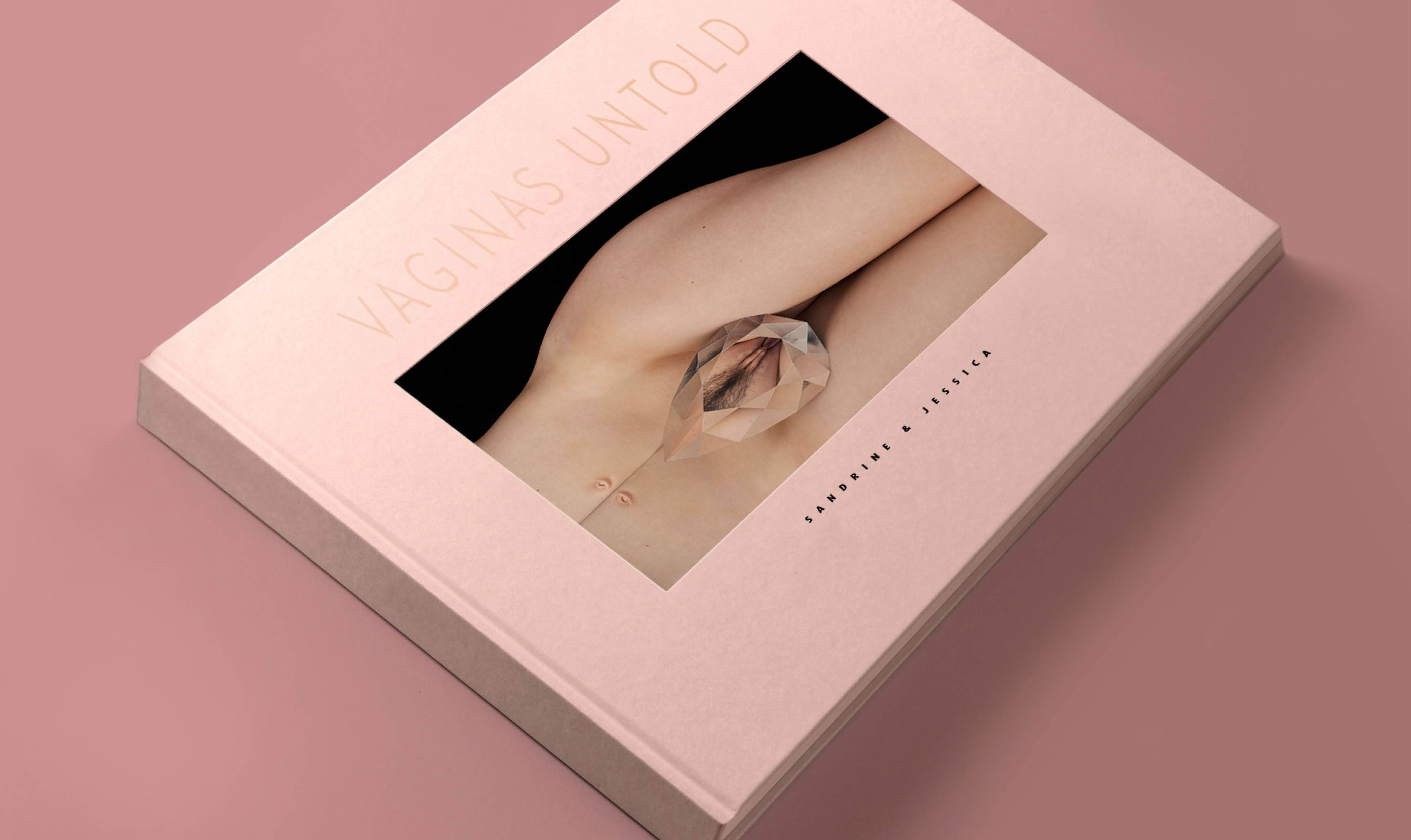