Bodyform Is Taking Vulva Art to the Bathroom Stalls of London

Ah, the timeless art of johnsons. They're a staple of pop culture, slumbering faces and public bathrooms. TheToiletStudy.com finds that 46 percent of the drawings men make in bathroom stalls are penises, "their most popular subject." (In case you want to peer deeper into that porcelain hole, here's a whole article on what bathroom graffiti tells us about ourselves.)

Where's all the love for ladyparts? Not writ over public toilets, that's for sure.

In the long battle for equality, this isn't the cross we'd have chosen to die on. But Bodyform has decided to take it up, thus relieving us from speculating on whether or not we even should.

The feminine hygiene brand that last year gave us a swanky video of singing vulvas is launching the "Viva La Vulva Bathroom Takeover."

Half of all male toilets in the U.K. feature at least one penis doodle. With illustrator Oliwia Bober and AMV BBDO, the brand will replace such doodles with vulva art across toilet walls and doors throughout London. Queen of Hoxton in Shoreditch already features pastel tributes to our little-admired genitalia. 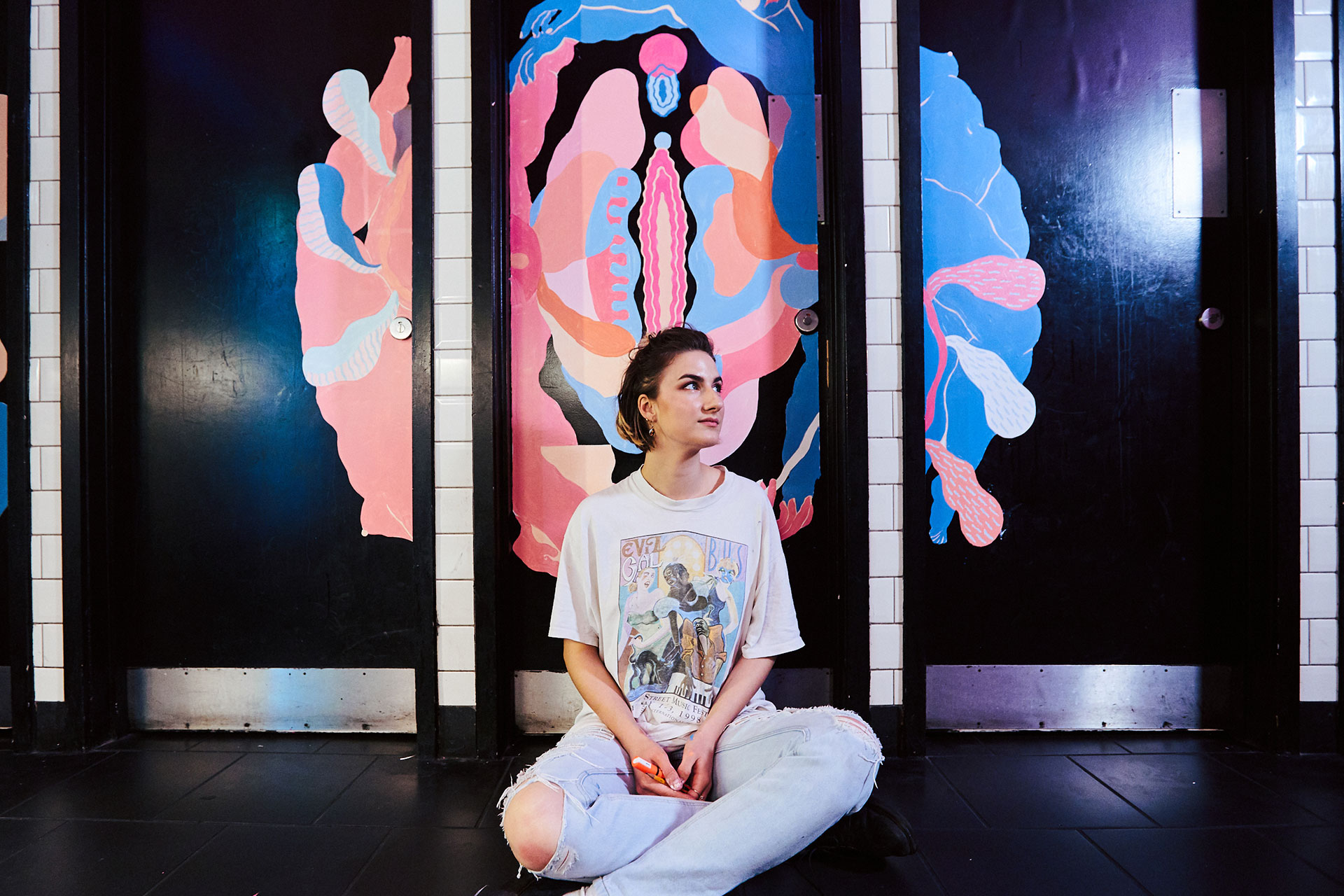 Some 42 percent of women feel embarrassed about their vulvas, and 61 percent feel pressure to make it look a certain way. This comes from Bodyform's own research, conducted in 2018 among 3,000 women in the U.K., France and Sweden.

"It is our mission to break down the taboos that hold women back, so naturally we want to help women celebrate and own their bodies," says marketing manager Traci Baxter of Bodyform. "With our Bathroom Takeover, taking place at select venues where permissions have been granted, we want to celebrate the female form to ensure every woman feels pride in her body. Without a positive relationship with the most intimate part of our body, we can't have a positive relationship with ourselves." 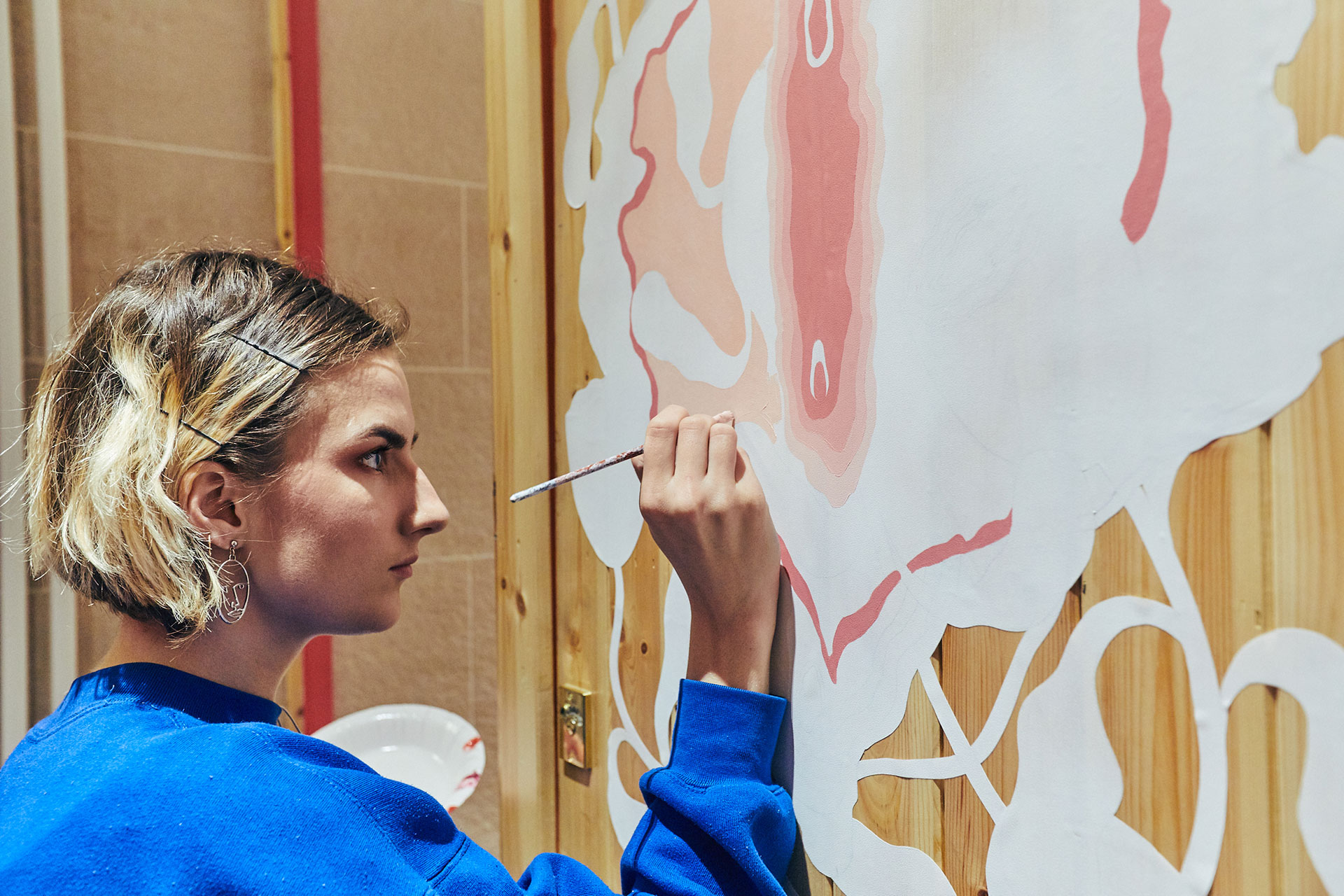 From 2015-16, over 200 girls under 18 underwent labiaplasty in the U.K., per the International Society of Aesthetic Plastic Surgery. Some 150 of them were under 15. This is a totally aesthetic procedure with major physical and psychological risks, especially for girls whose bodies are still developing.

And while trying to correct the problem with bathroom graffiti seems facetious, it's not entirely daft: Ugly dick art is actually so prevalent in our culture that it's almost desensitizing when you're finally faced with the real thing. Could the same be said of vulvas?

I mean, look at the almost extraterrestrial weirdness of this triumph of fallopian tubes. There's a strong case to be made that seeing lots of different kinds of vulvas, rendered with varying degrees of artistry, does send a larger message: Your vag isn't weird. It's unique and sort of crazy but also beautiful and, frankly, miraculous. 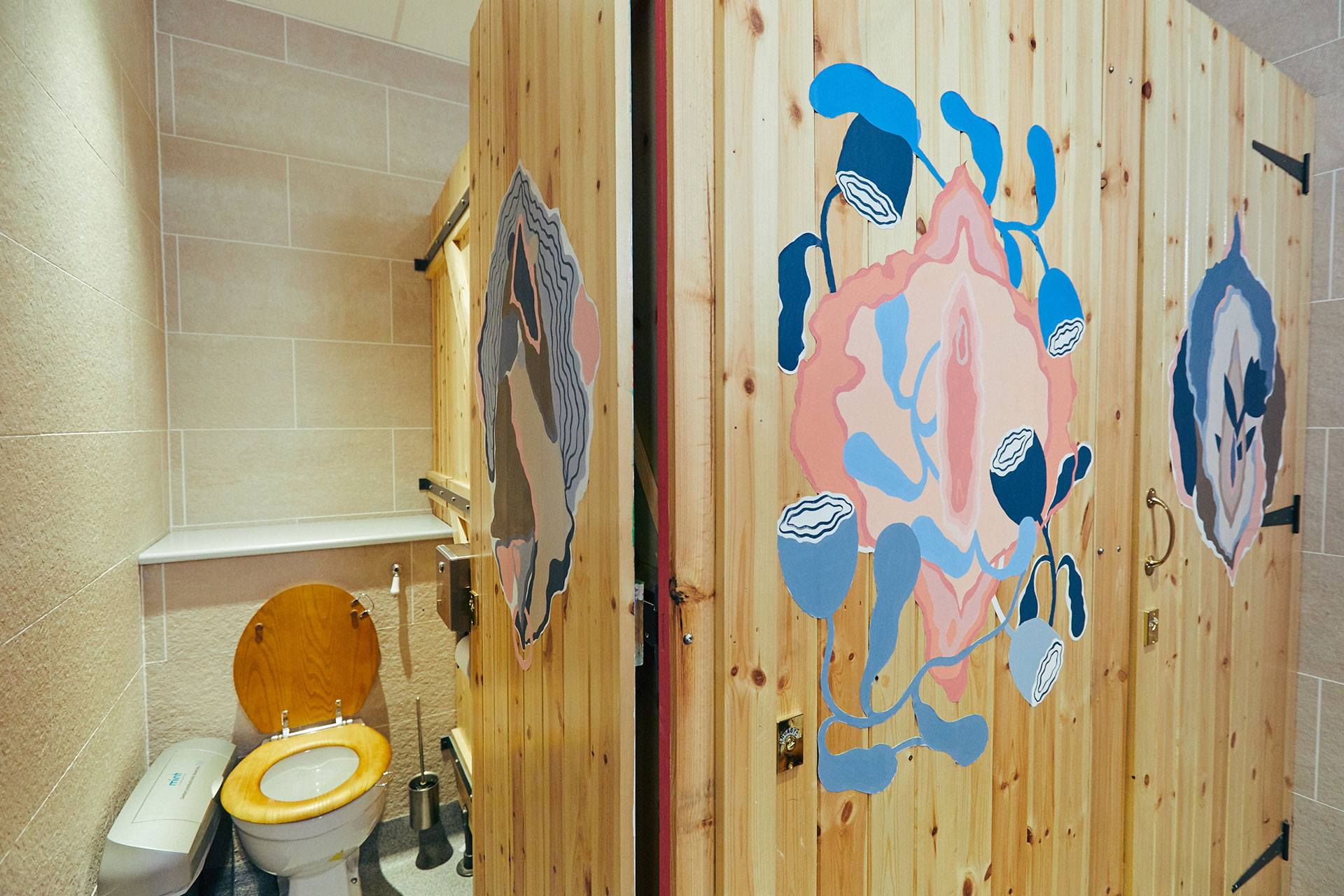 "I'm so proud to be involved with the 'Viva La Vulva' campaign with Bodyform and leading the charge for the Bathroom Takeover," says Bober. "Art is one of the most powerful tools for self-expression, and the more we can raise awareness of the beautiful female form, the more women will feel empowered to celebrate their vulva and combat feelings of shame and embarrassment. This campaign is a fantastic example of Bodyform's mission to help break down the taboos that hold women back."

Expect vulvas to flower across London in places that agree to replace their penis doodles. The Bathroom Takeover will run through June 1 and builds on Bodyform's "I'll Say It Again" festival, a celebration of women's voices through theater, art and music.

And just because we feel like it, here's that singing-vulva video from last year.