Get 360 'points of view' with your order 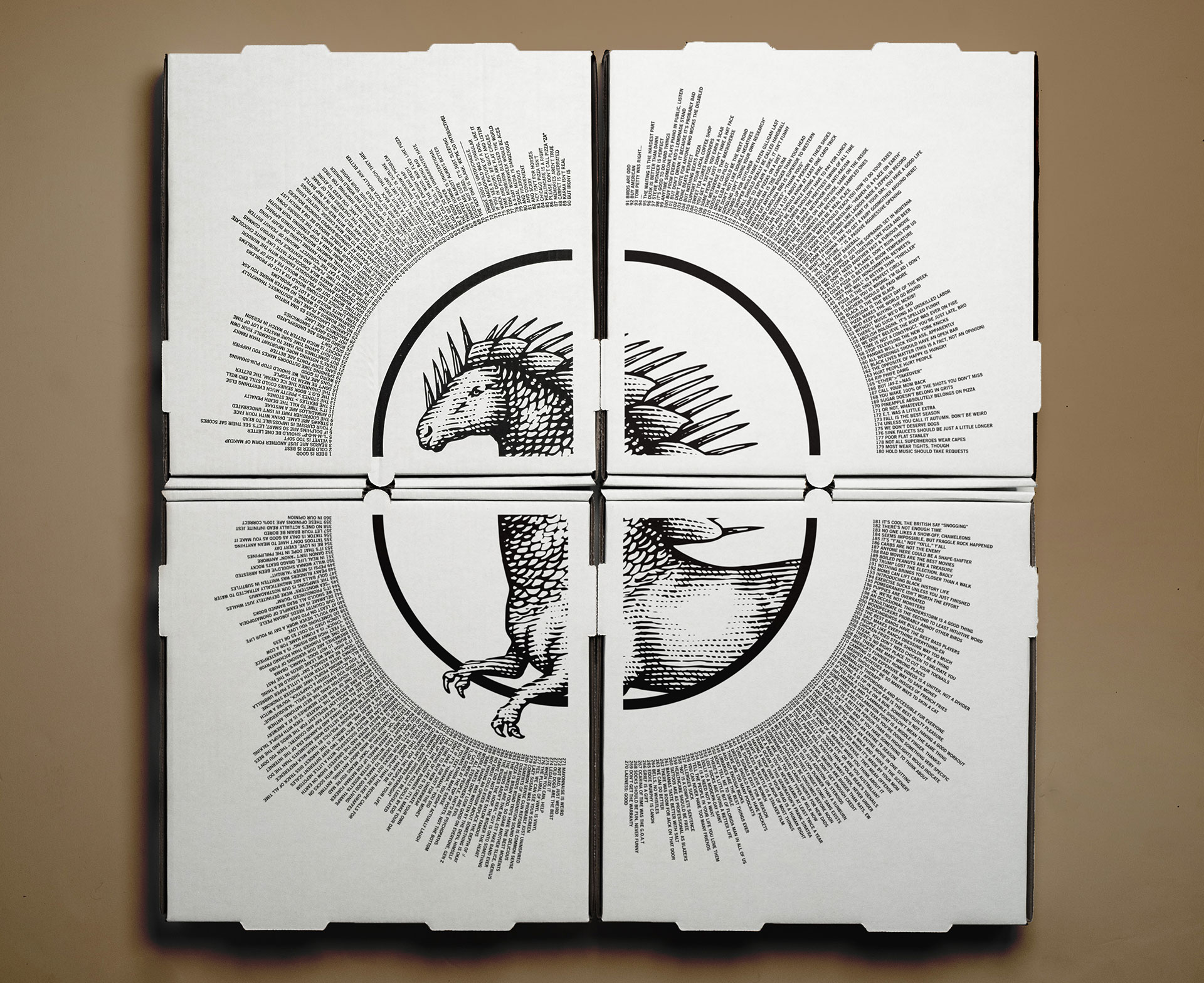 Finally, a pizza box with more to say than "Made Fresh!" and "Piping Hot!"—a lot more.

In an explosion of words designed to spark conversations across a range of topics, Ponysaurus Brewing Co. has begun covering its pizza packaging with multiple "points of view." The client worked with agency Baldwin& (whose founder David Baldwin is a Ponysaurus co-owner) to produce 360 "hot takes," decorating four different boxes with 90 sayings apiece.

These pearls of wisdom run the gamut from random observations and amusing insights to pop-culture opinions and pleas for folks to get along. Examples include "Beer is good," "Cold beer is best," "Velvet is too soft," "L-M-N-O-P should be one letter," "Straws are lame. Drink with your face," "The Beatles > The Stones," "The death penalty is wrong," "Don't be mean to people" and "Weird is good."

You want anchovies with those long-copy pies? Perhaps not, as the effort dropped in time for National Pizza With the Works, Except Anchovies Day on Nov. 12. (Yes, that's real. But hardly a thing.)

"Ponysaurus has always been a brand that's not afraid to shout its opinions loud and clear," Baldwin& ECD Mitch Bennett tells Muse. Examples include initiatives to aid the LGBT+ community in North Carolina, such as "Don't Be Mean" (which opposed discriminatory legislation), and a "Fund for the Fabulous" designed to help empathy outpace ignorance.

"So, when it came time to launch pizza as an offering, it made sense to share some more opinions." Bennett says. "With pizza being a perfect circle, we wanted to complete all 360 degrees of tasty roundness."

Indeed, the four "Pizza With a Point" box designs fit together, forming a 360-degree grease-stained, cheese-spattered, logo-rocking work of ... art? (Actually, pop art does spring to mind. This is the kind of stuff groovy hipsters back in the day might have tried as a gallery piece, sans branding.)

Folks collecting all four designs win a free beer. Agency and client employees generated the text, printed on 2,000 boxes so far, with more in the works.

"It's inspired by the joy of reading cereal boxes as kids," explains Bennett. "We wanted something entertaining—and something that could kick off great discussions as people read and agree or disagree with the POVs. We're hoping for fun debate on social. There's a call-out to let us know immediately if you disagree with anything." 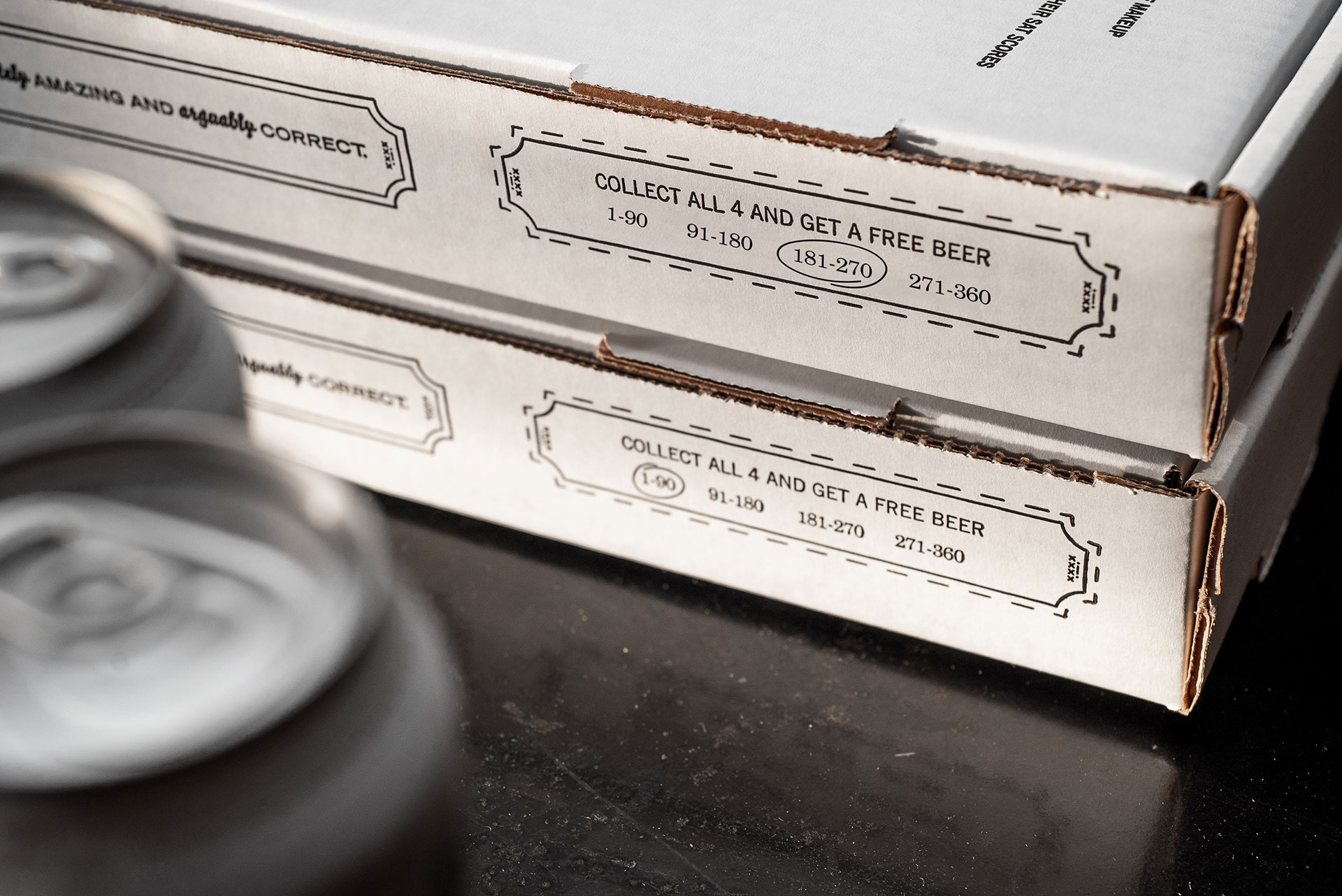 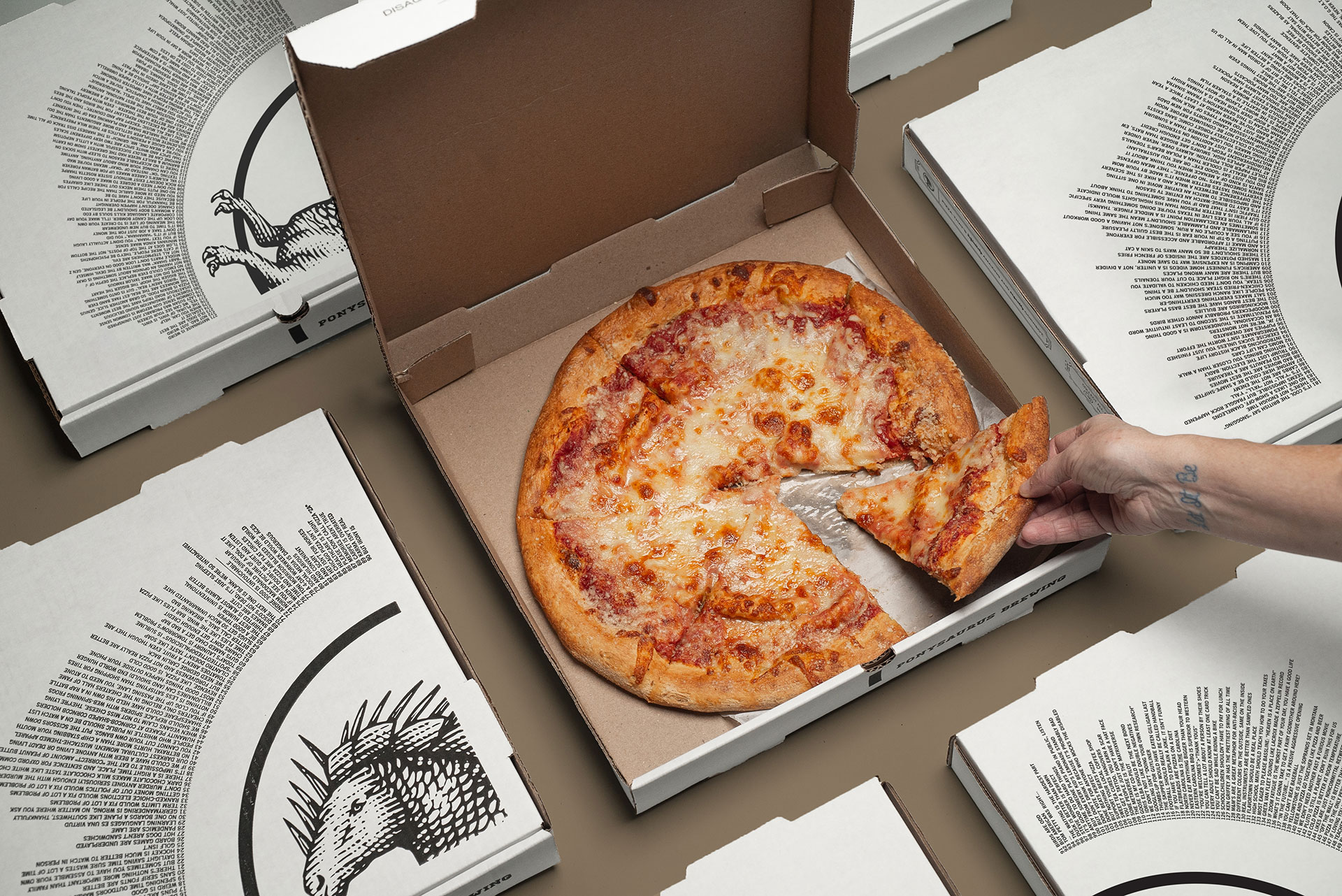 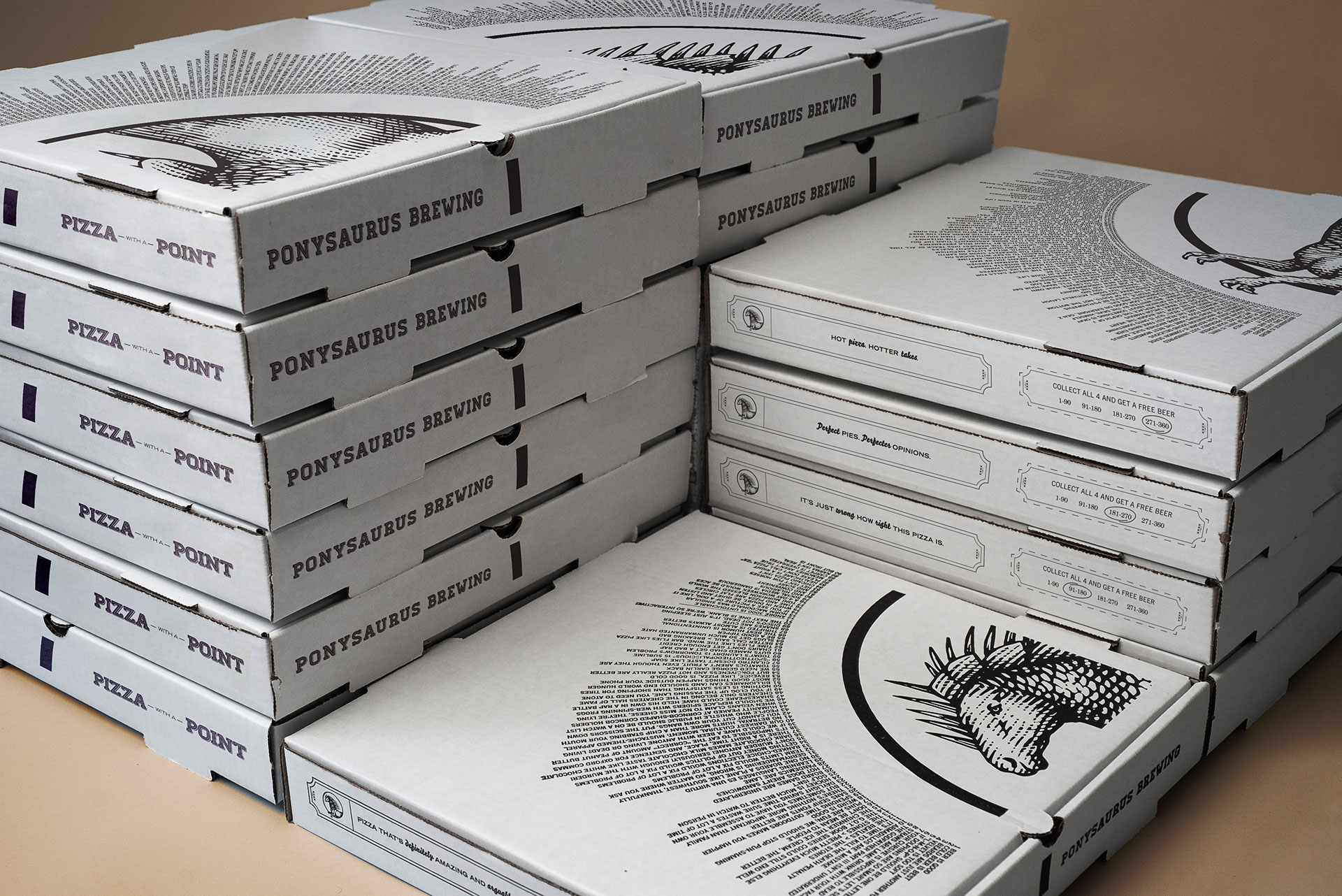 Bennett's fave? " 'Buy from any kid's lemonade stand. But don't drink it, cause it's probably bad,' " he says. "We got rid of anything that felt too mean. That was the only rule. The hardest part copy-wise was shortening some of the longer ones to fit."

For Ponysaurus, there's a campy audiobook, too, with voice artist Rob Milton cast as Mucho Mozzarellaman III, aka Armando Bellybuddy Jr. His recitations are "Brought to you by pepperoni. Pepperoni! Don't worry about what's inside. It's delicious."

You can savor every word of pizza-box copy below. Alas, there's no complimentary brew for reading to the end of the list, just a sense of personal accomplishment and eye strain.

Pizza With a Point