Reddit Hacked the Super Bowl With a 5-Second, Long-Copy Ad 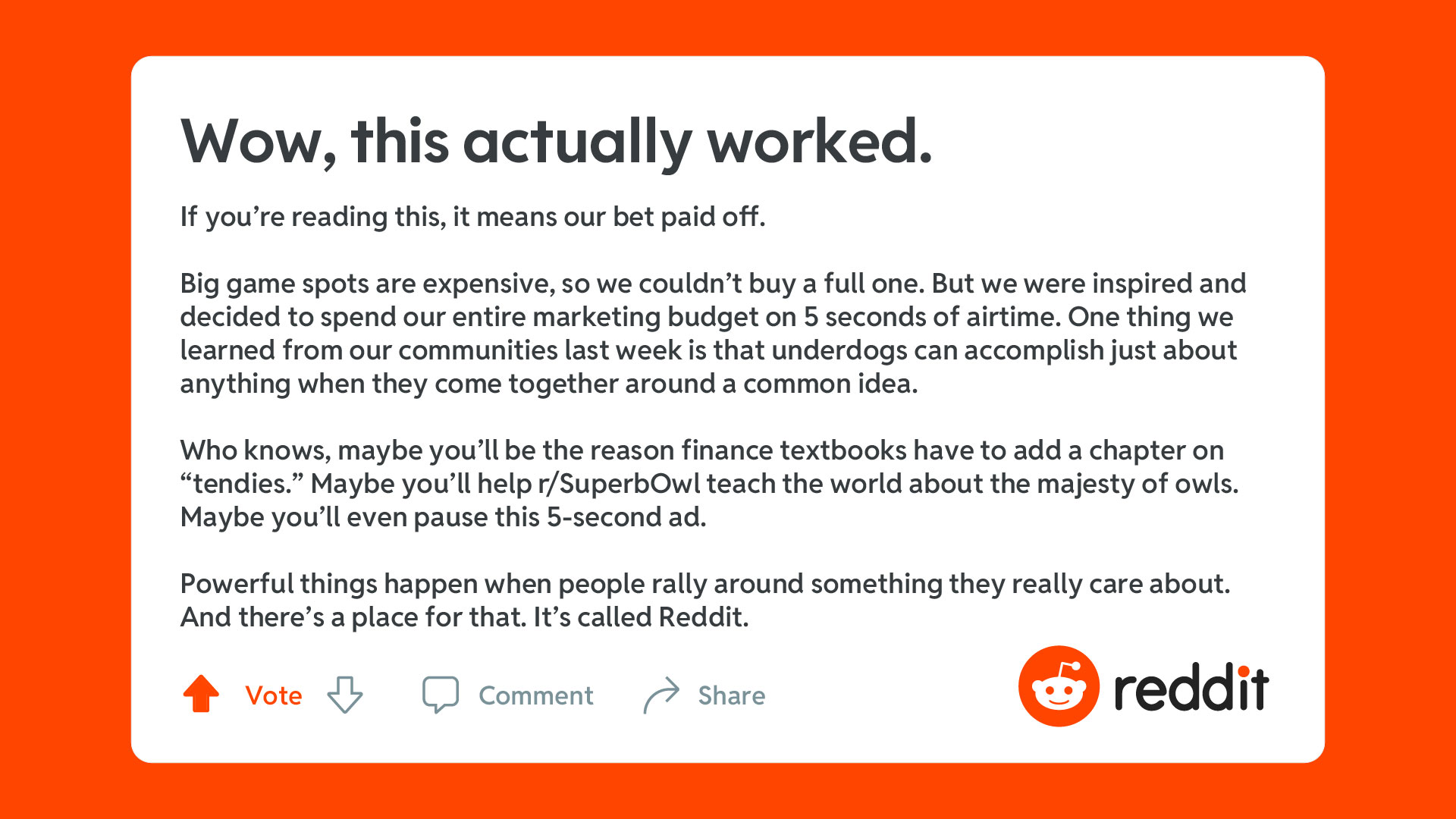 Reddit's agency of record, R/GA, created the spot. You can see it below. It aired during the second quarter in nine of the top 10 U.S. metro markets—including New York, Los Angeles, Atlanta, Chicago, Dallas, San Francisco, Philadelphia, Boston and Washington, D.C.

The spot was delightful on many levels. It was timely—honoring the GameStop short squeezers on Reddit's r/WallStreetBets group. It was refreshingly different—visually arresting, but also impossible to immediately digest, creating intrigue and buzz. It was perfectly on brand—with the final three sentences in particular articulating the advertiser's DNA perfectly. And it was surely more inspiring for the underdogs of the world than any national spot that aired Sunday, offering the possibility of community for dreamers in a time of social isolation.

And it was done in ultimate Reddit DIY style, at a fraction of the cost of anything else on the game.

"In a sea of beautiful, expensive, celebrity-laced ads, dropping in janky slide for 5 seconds when you have something to say can be all it takes to get people's attention," Bryan Gregg, R/GA California's executive creative director, tells Muse. "We shared an idea with the team at Reddit a few days before the big game. They loved it, we love them, together we made it."

"We knew we had to break the mold and disrupt the current ad model. It wouldn't be very 'Reddit' if we didn't," adds Ellie Bamford, R/GA's head of media connections. "The standalone 5-second spot in the big game not only piqued curiosity in real time, it continues to inspire people to build powerful communities around their passions. That's a big impact in 5 seconds."

For more on R/GA's Reddit antics, check out their work with Ally Bank late last year.