Uncommon delightfully explores the many reasons we fly

It's been a while since we've seen an out-of-home campaign that embraces a repeatable structure as delightfully as the new British Airways ads from Uncommon. It's also a remarkable campaign for how it captures the wonder of travel—one of life's most immersive, visceral experiences—with no visuals whatsoever, just simple and evocative copy lines.

The inspiration for the work is as pedestrian as it gets—the forms you fill out upon arrival in a new destination, asking if you're traveling for business or leisure. That binary choice is refreshingly thrown out the window, as each ad offers a third option, exploring the almost endless variety of reasons why so many of us would want to go places we've never been, or get away from the ones holding us back.

Uncommon says it made an impressive 500 unique print, digital and outdoor executions for this campaign. Check out some of them below. 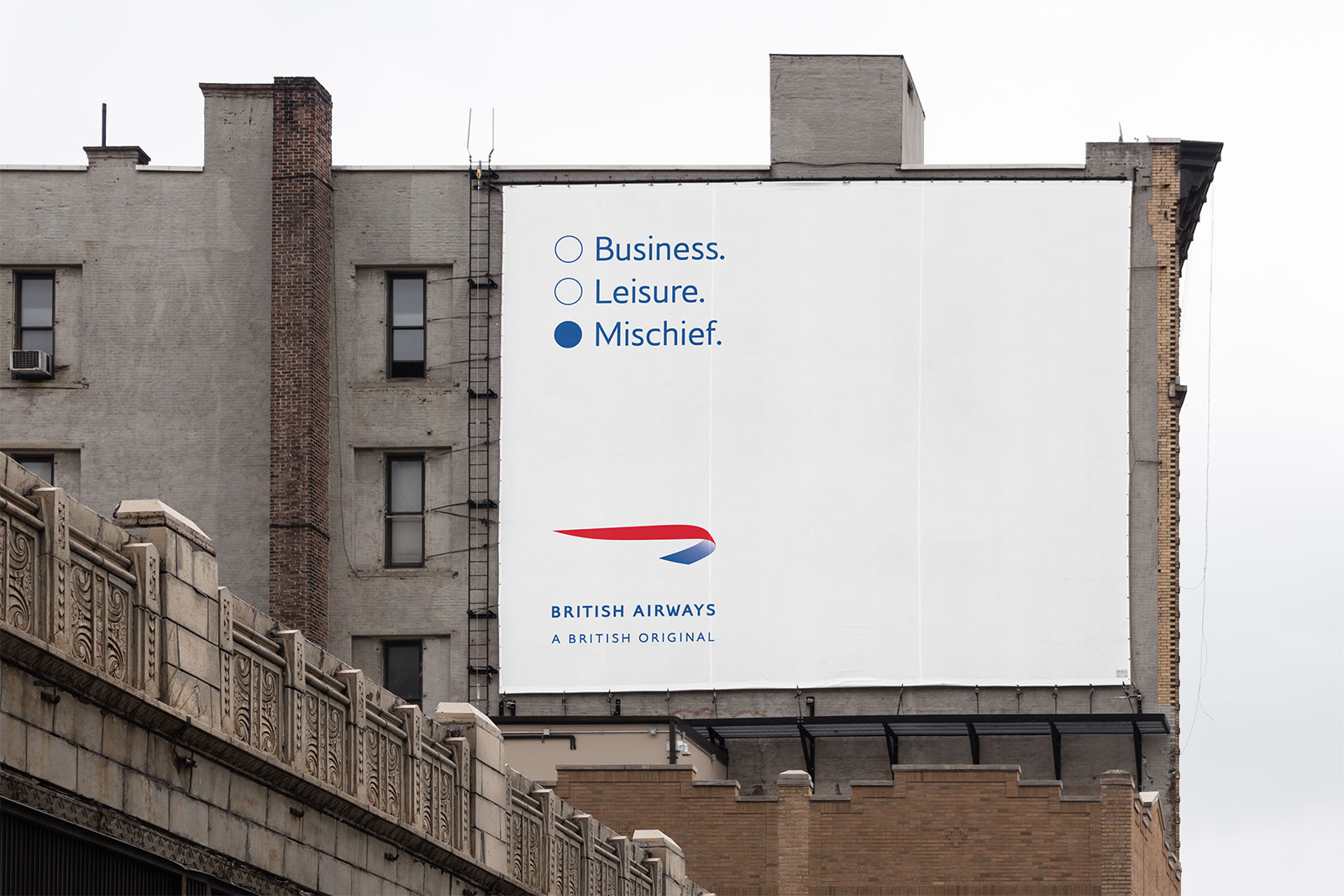 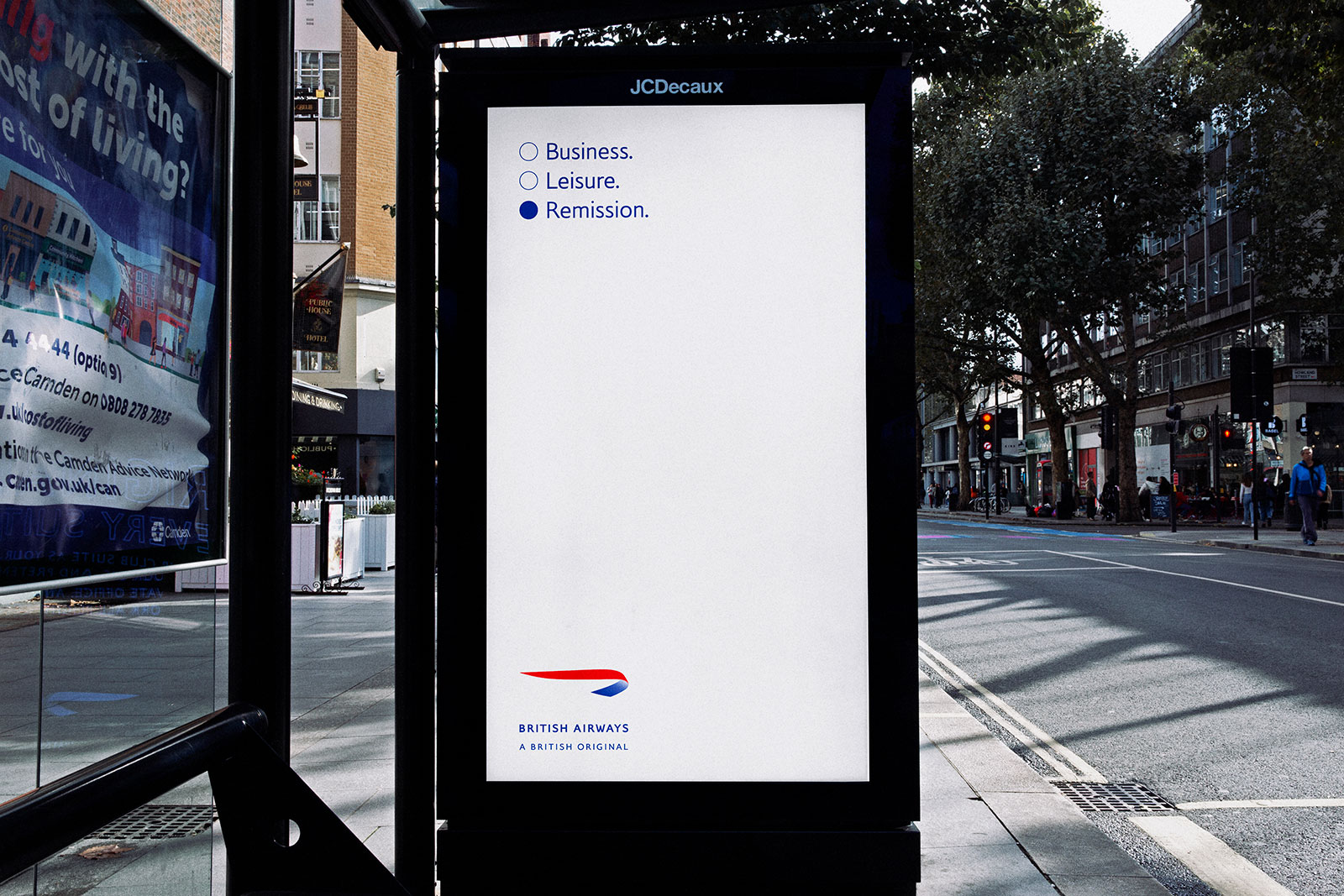 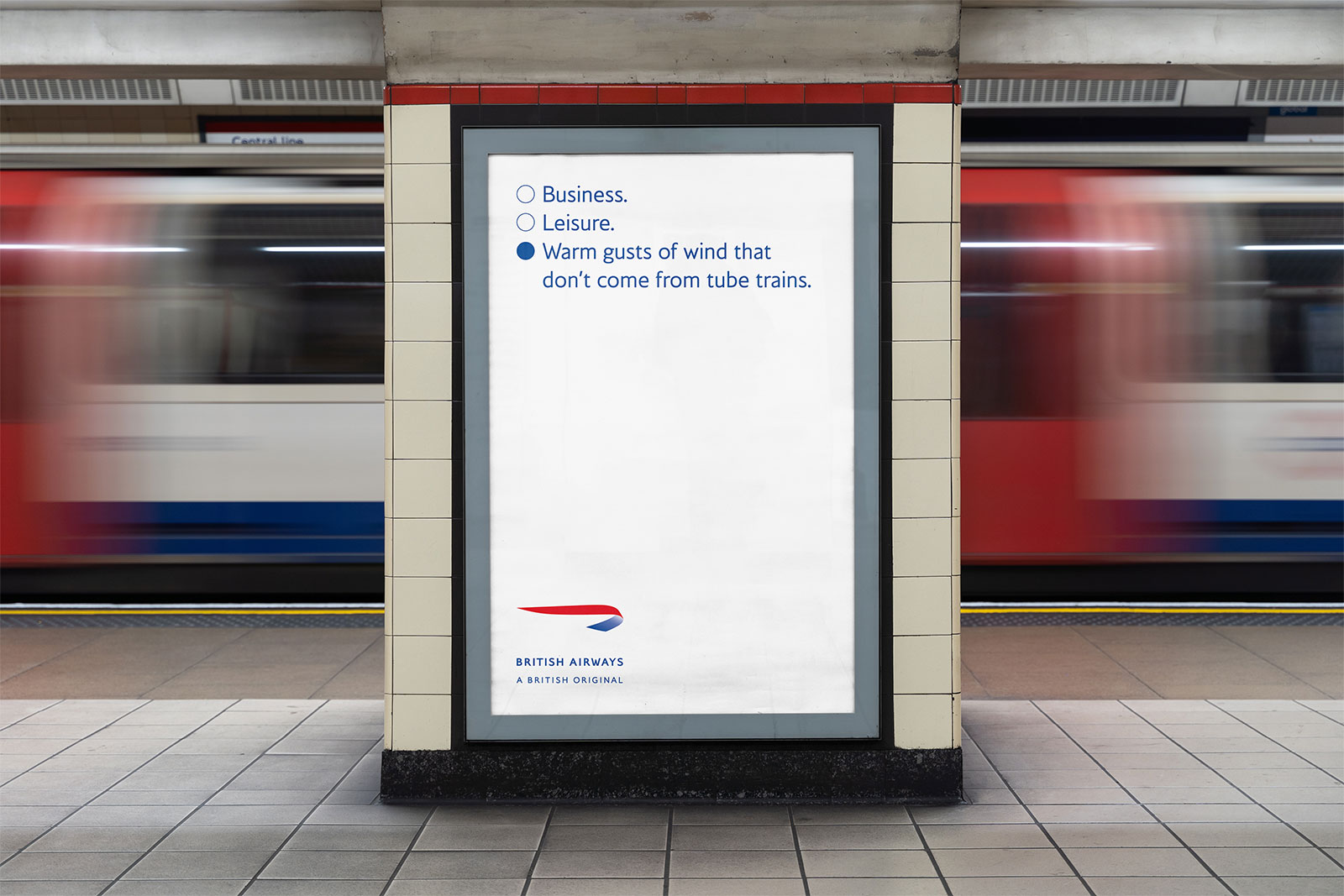 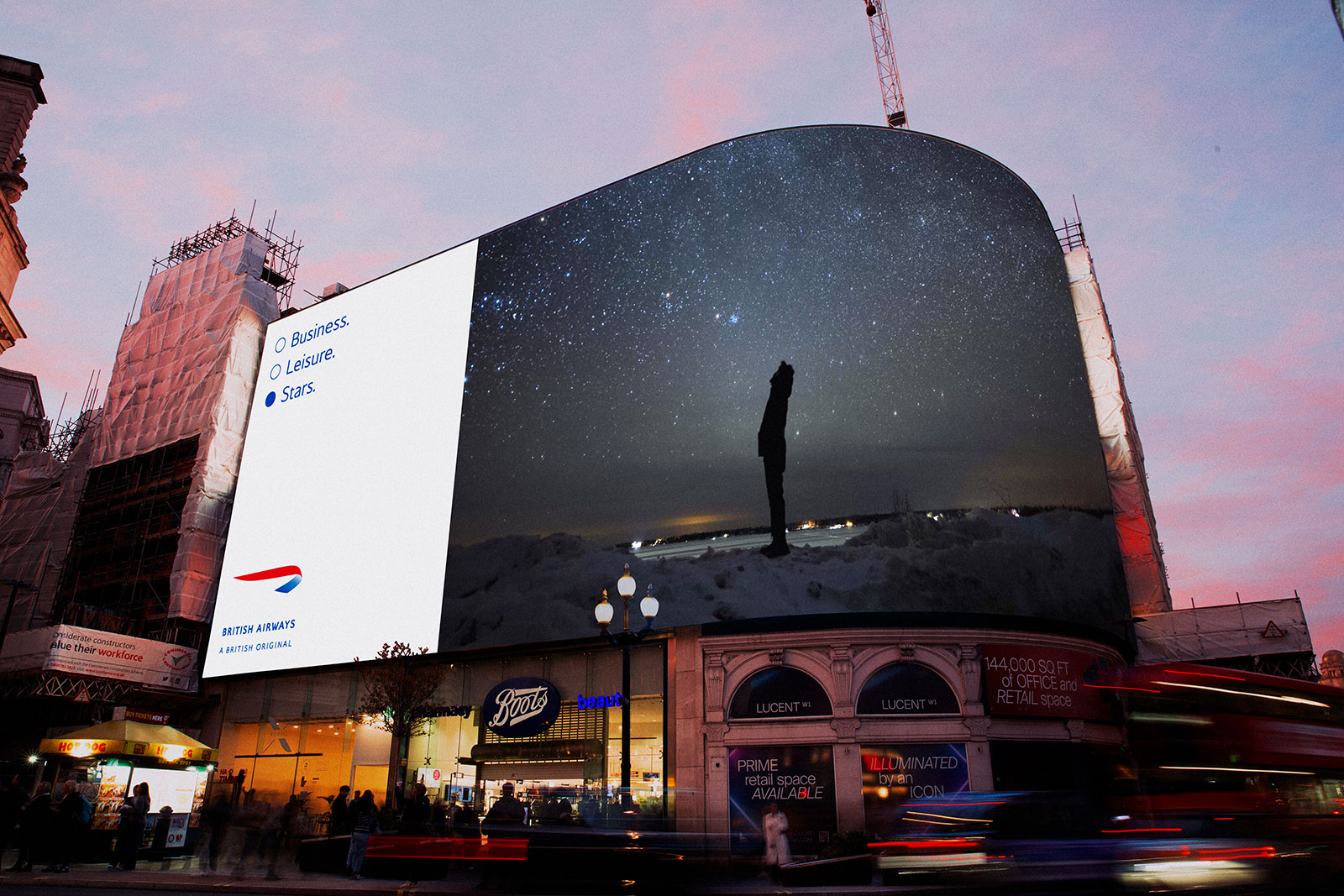 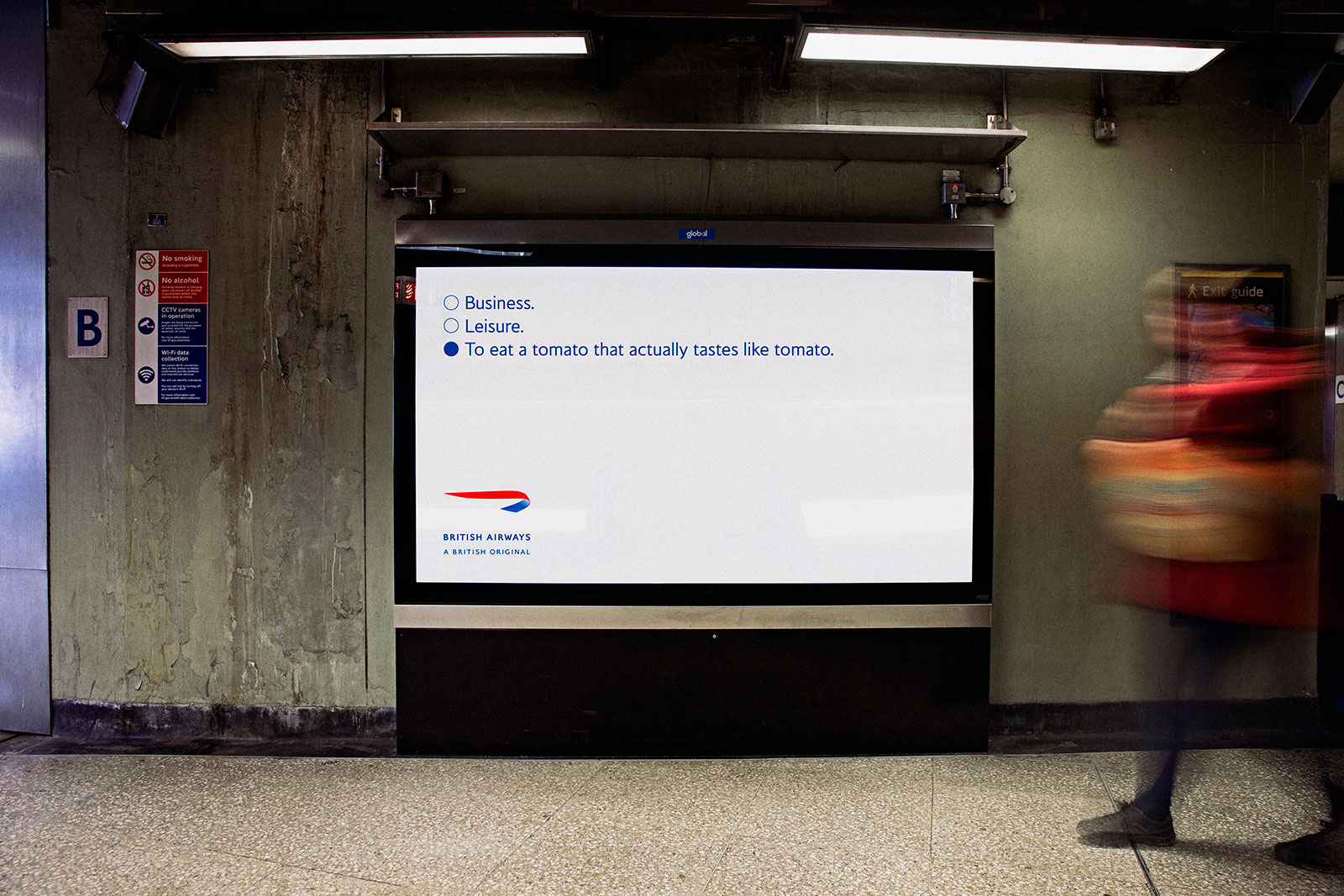 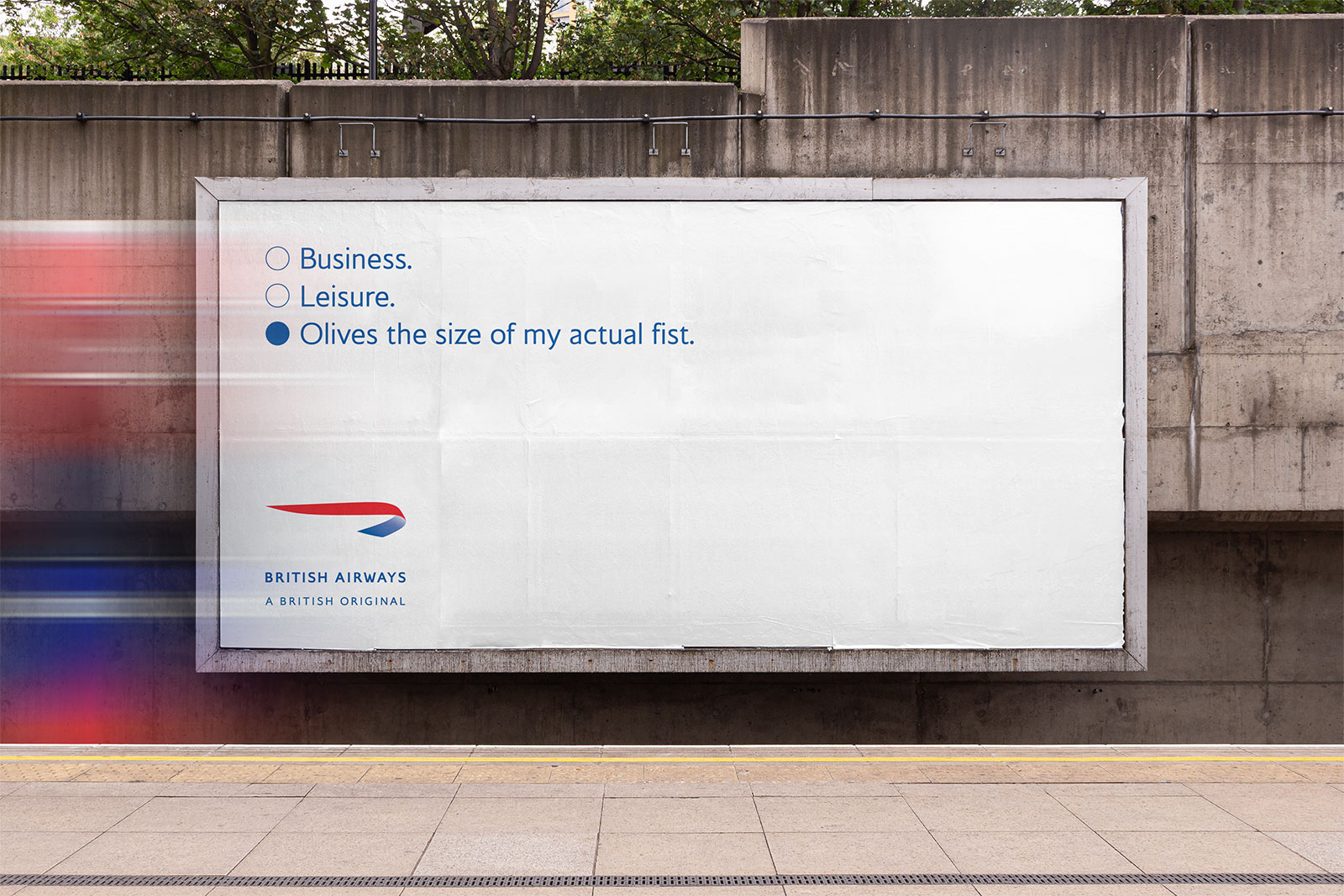 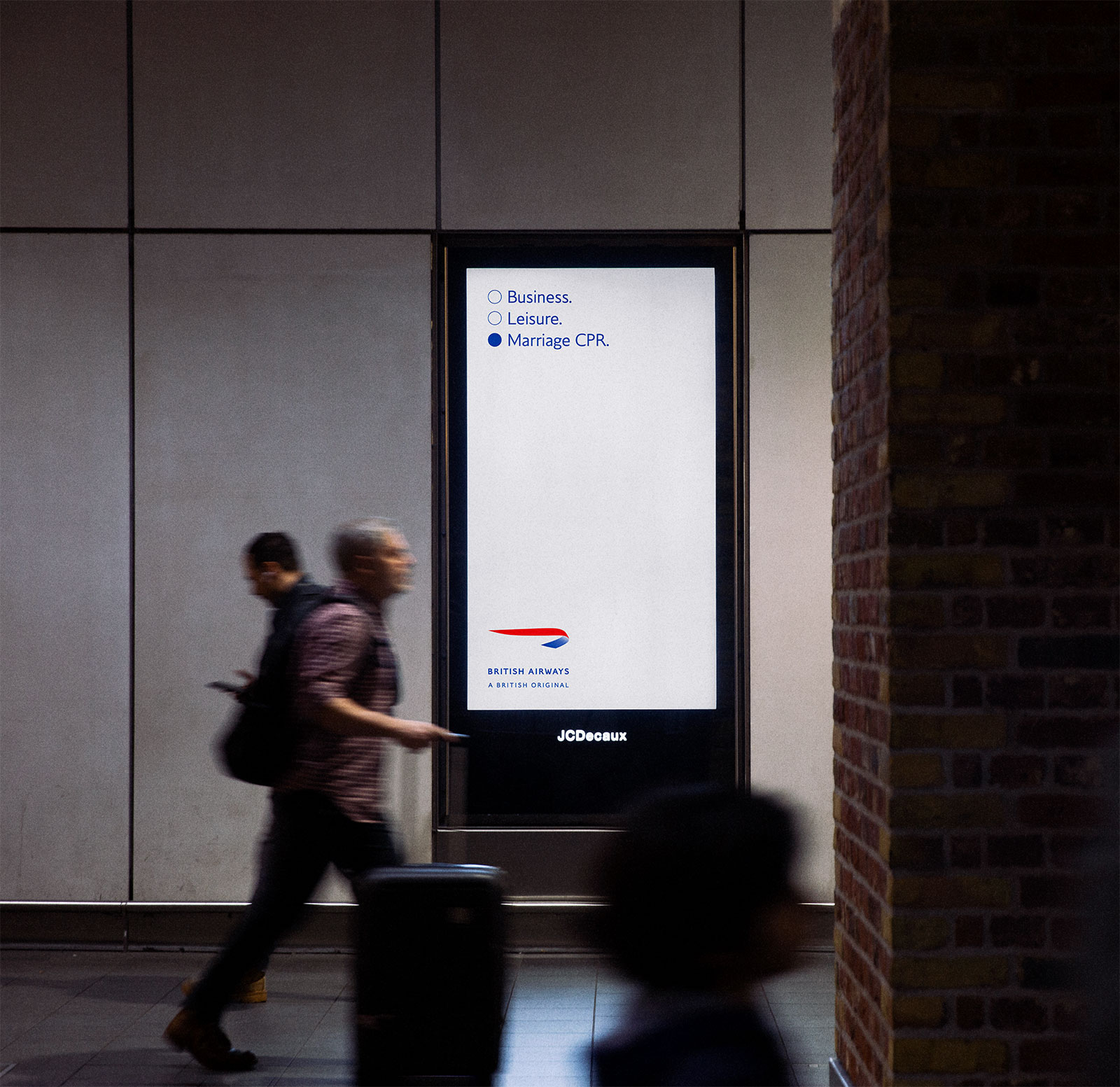 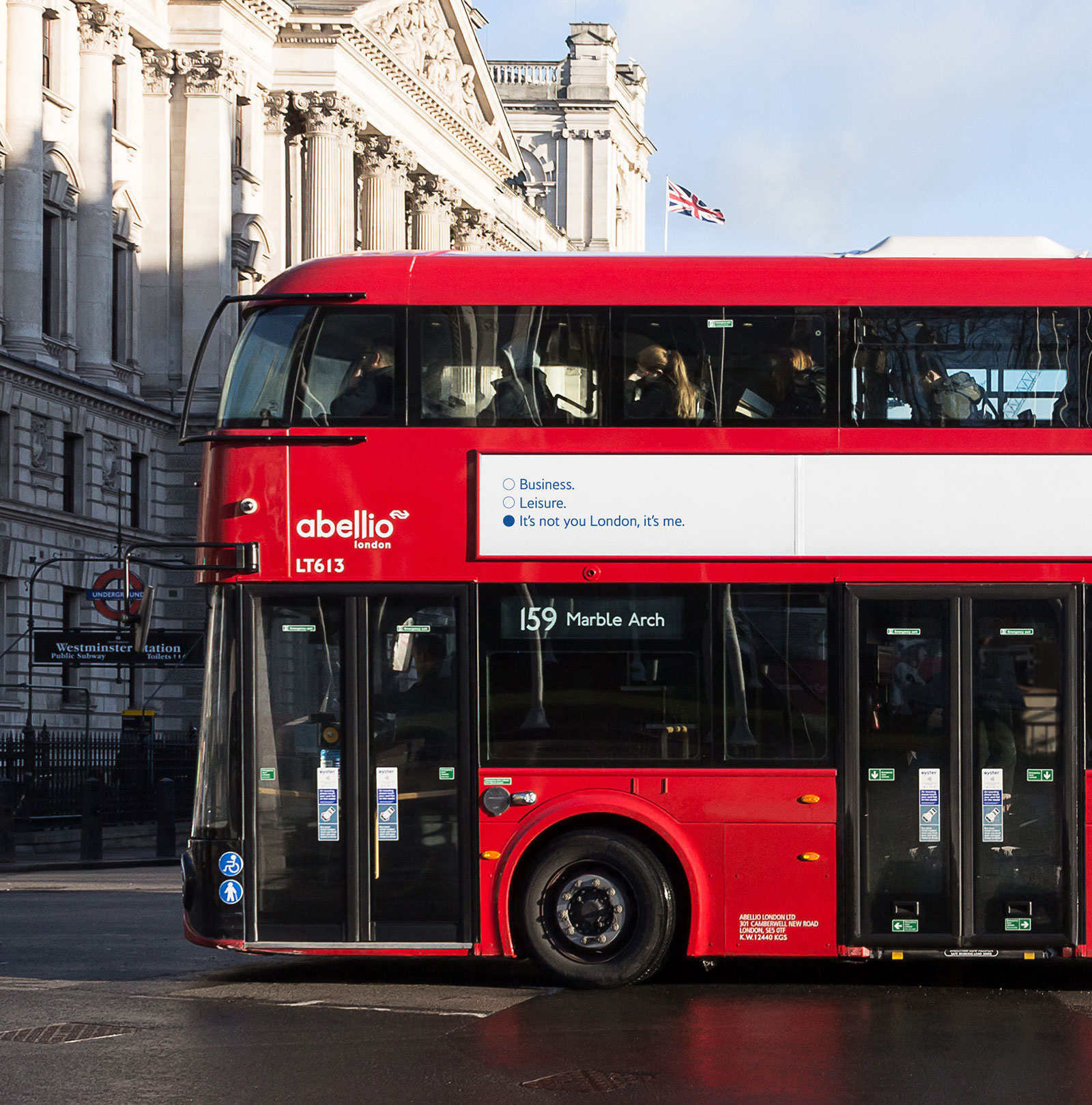 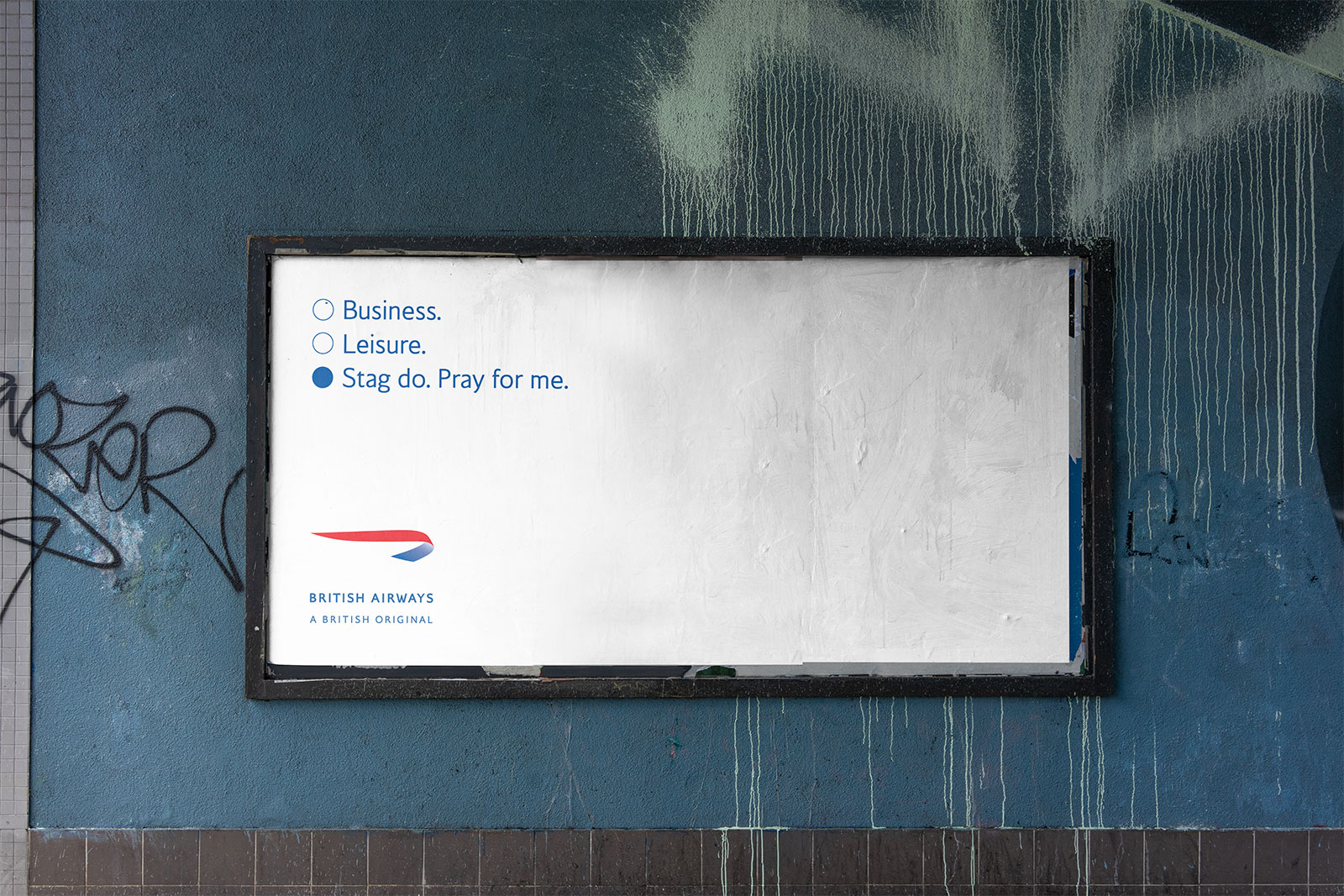 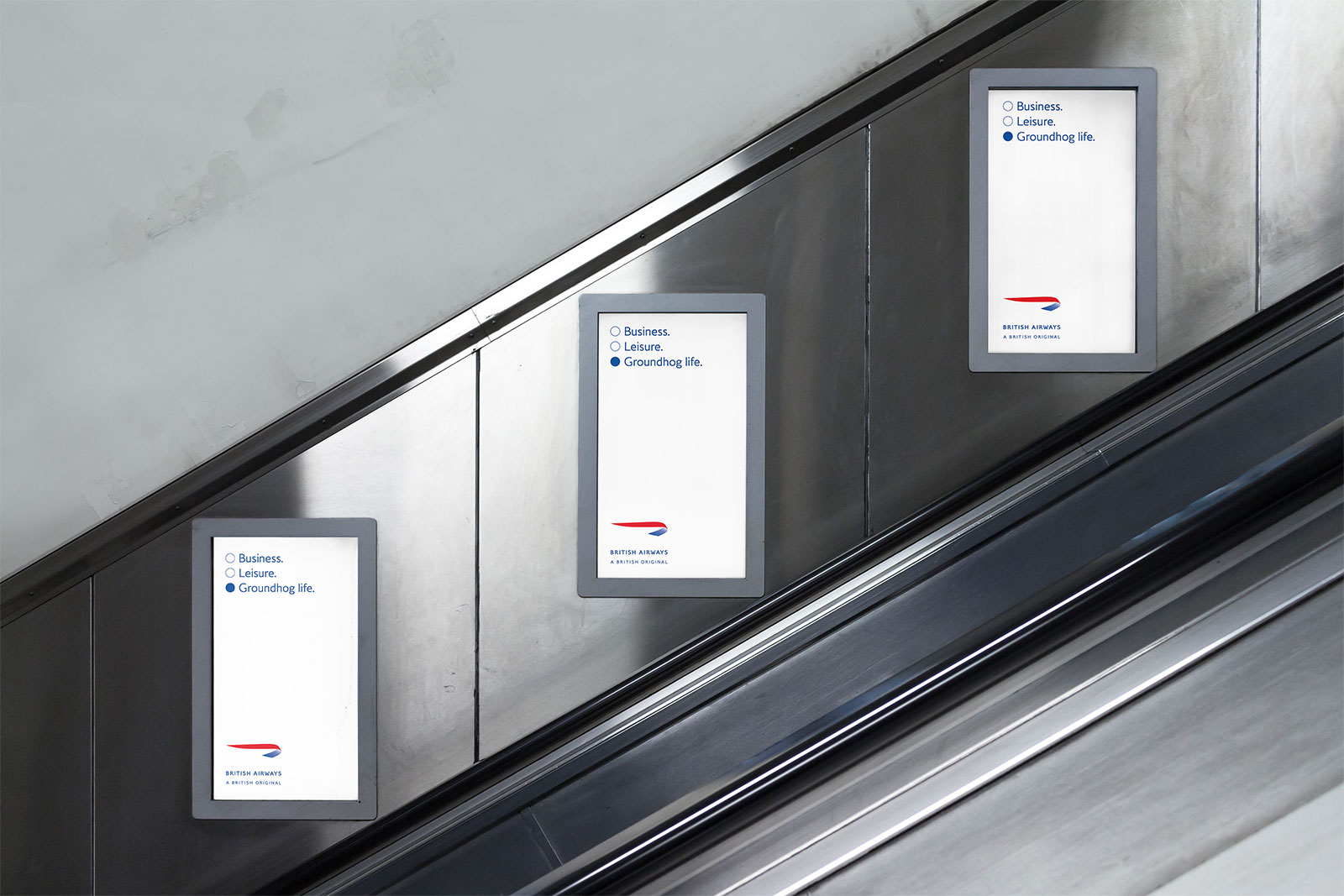 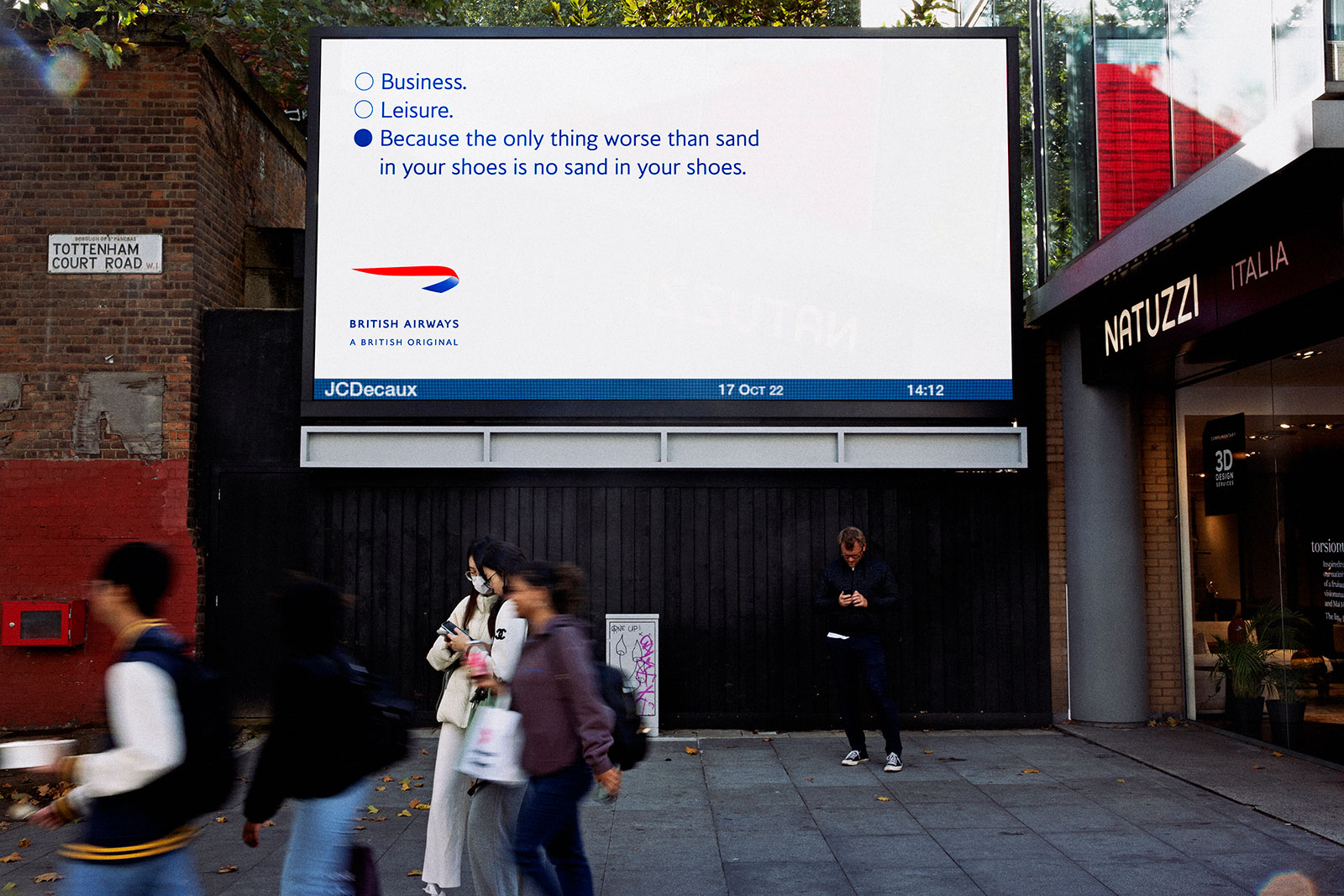 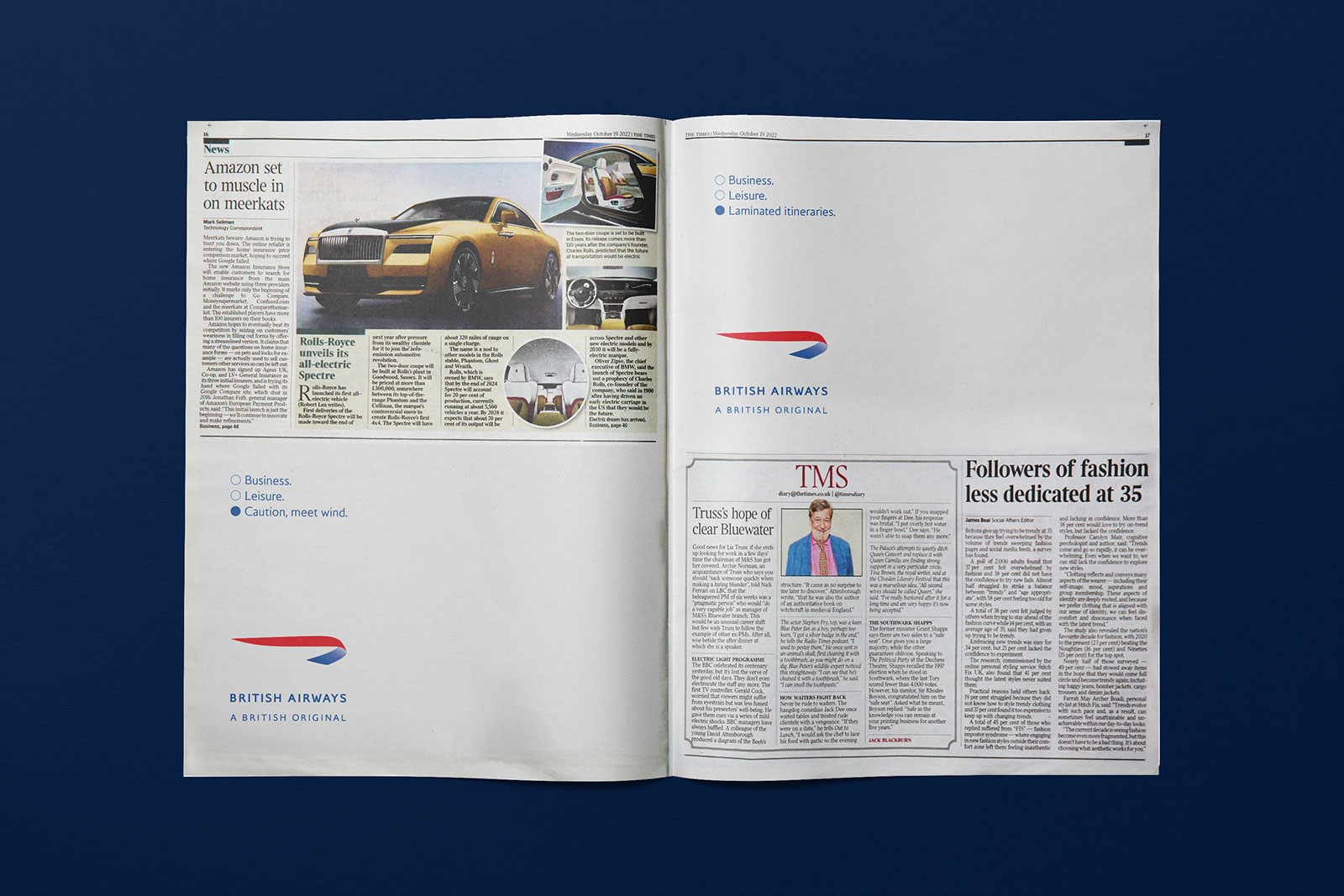 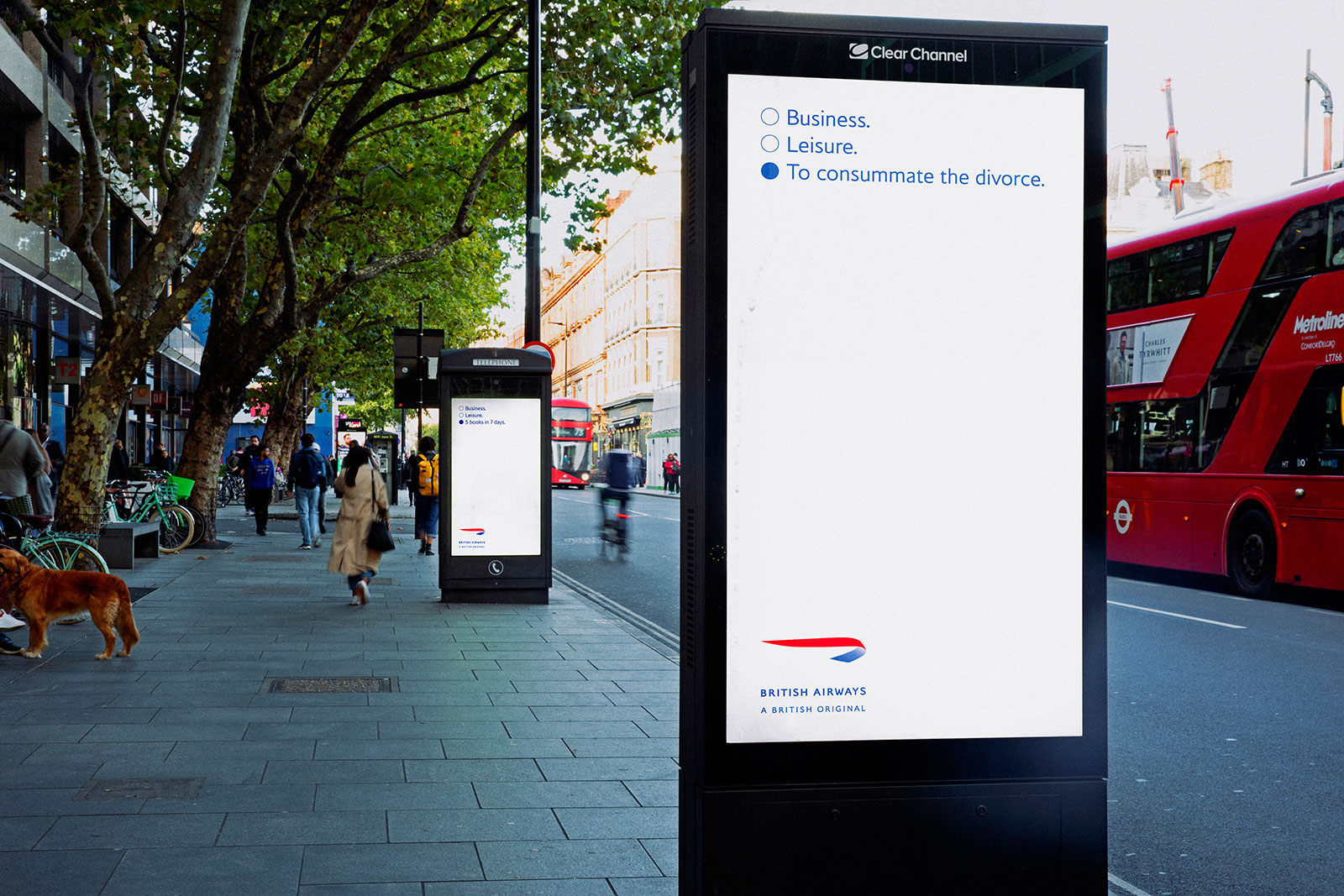 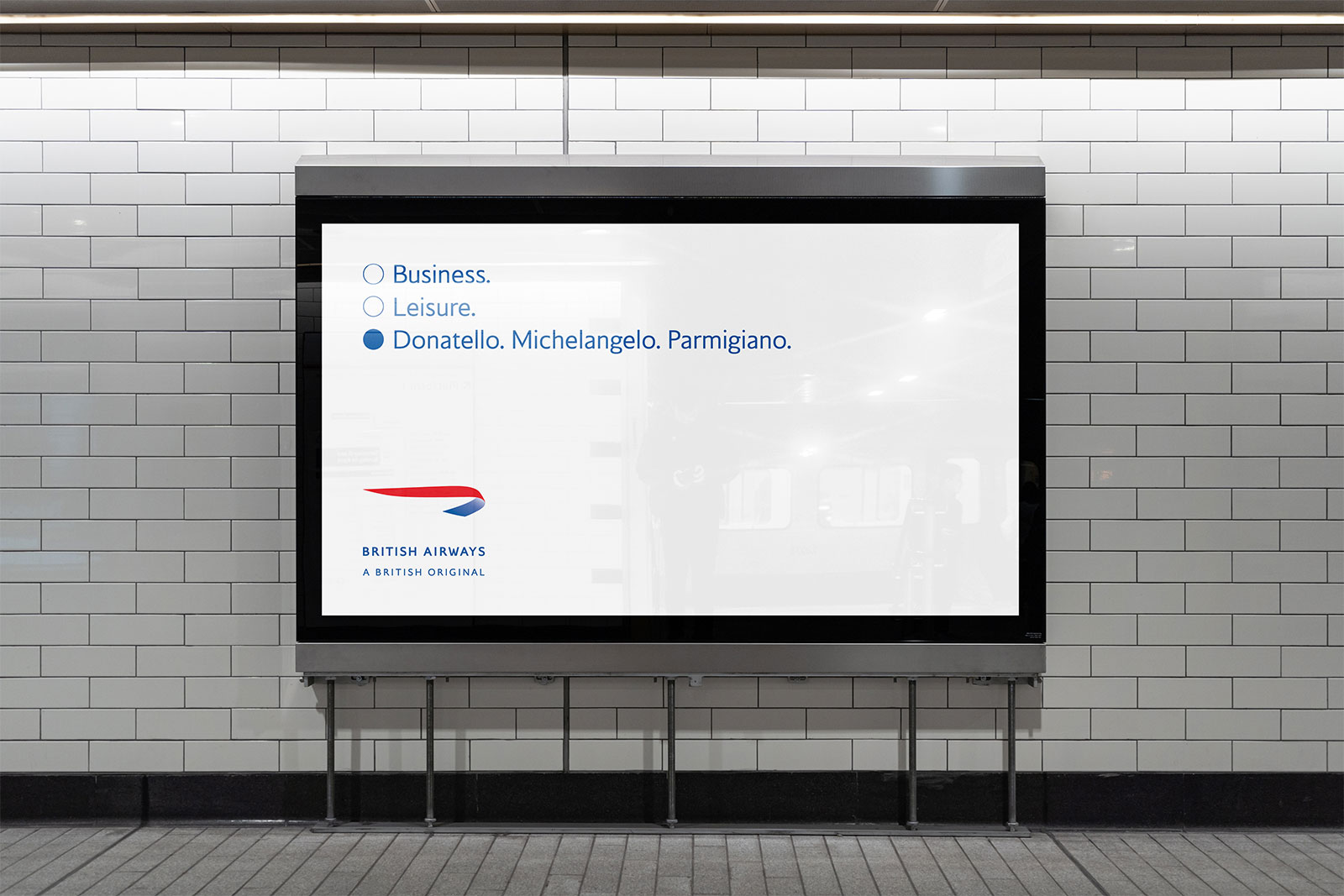 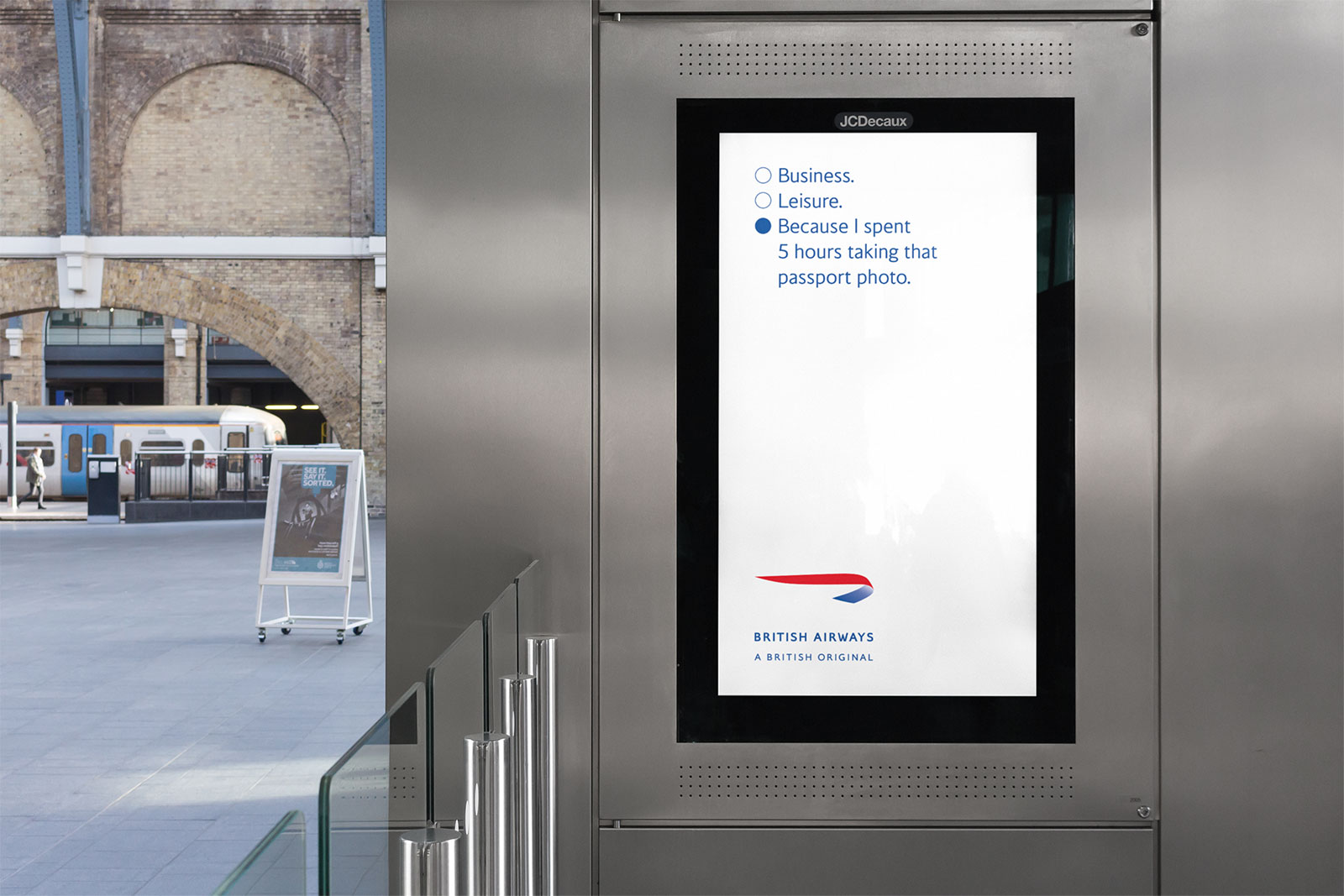 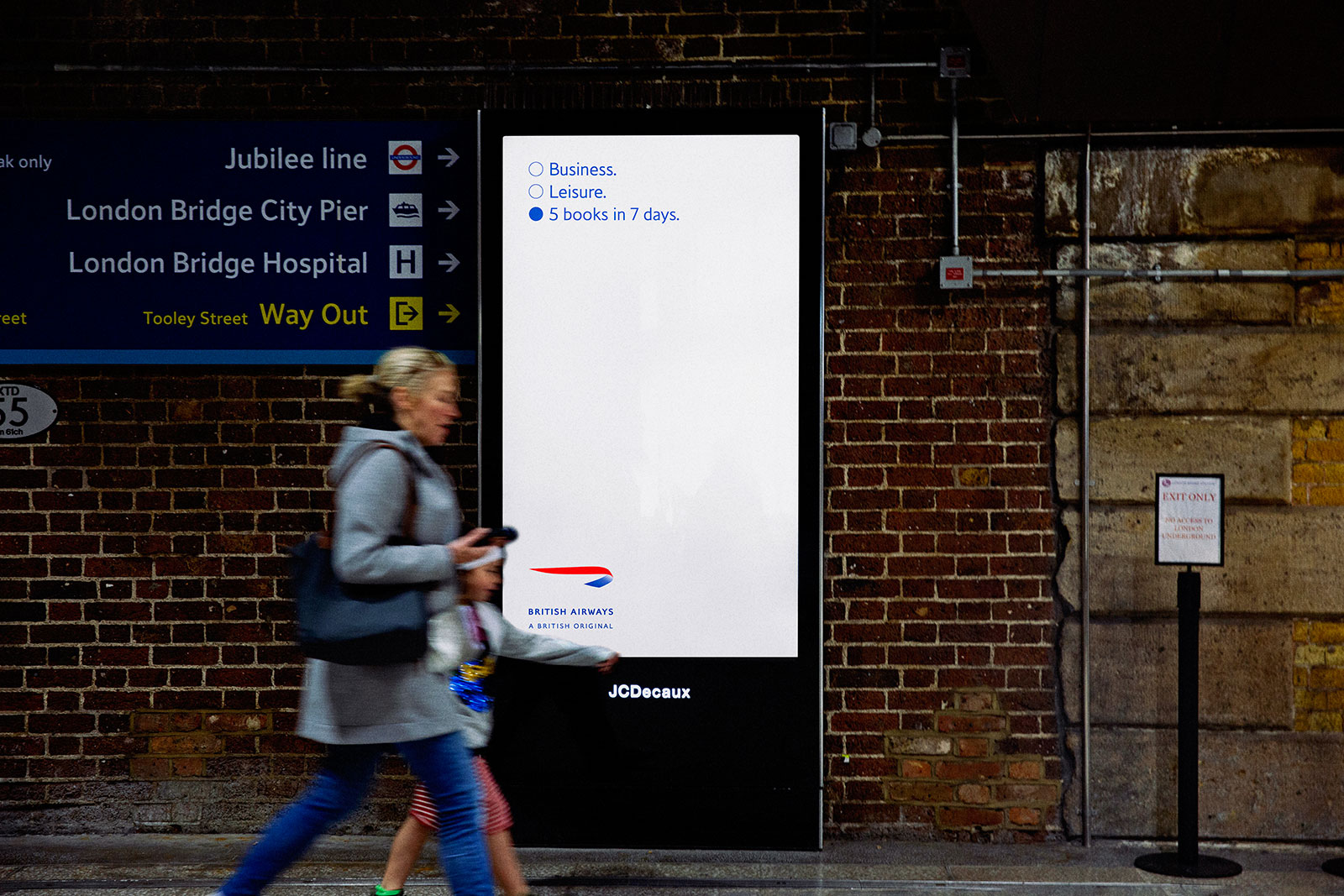 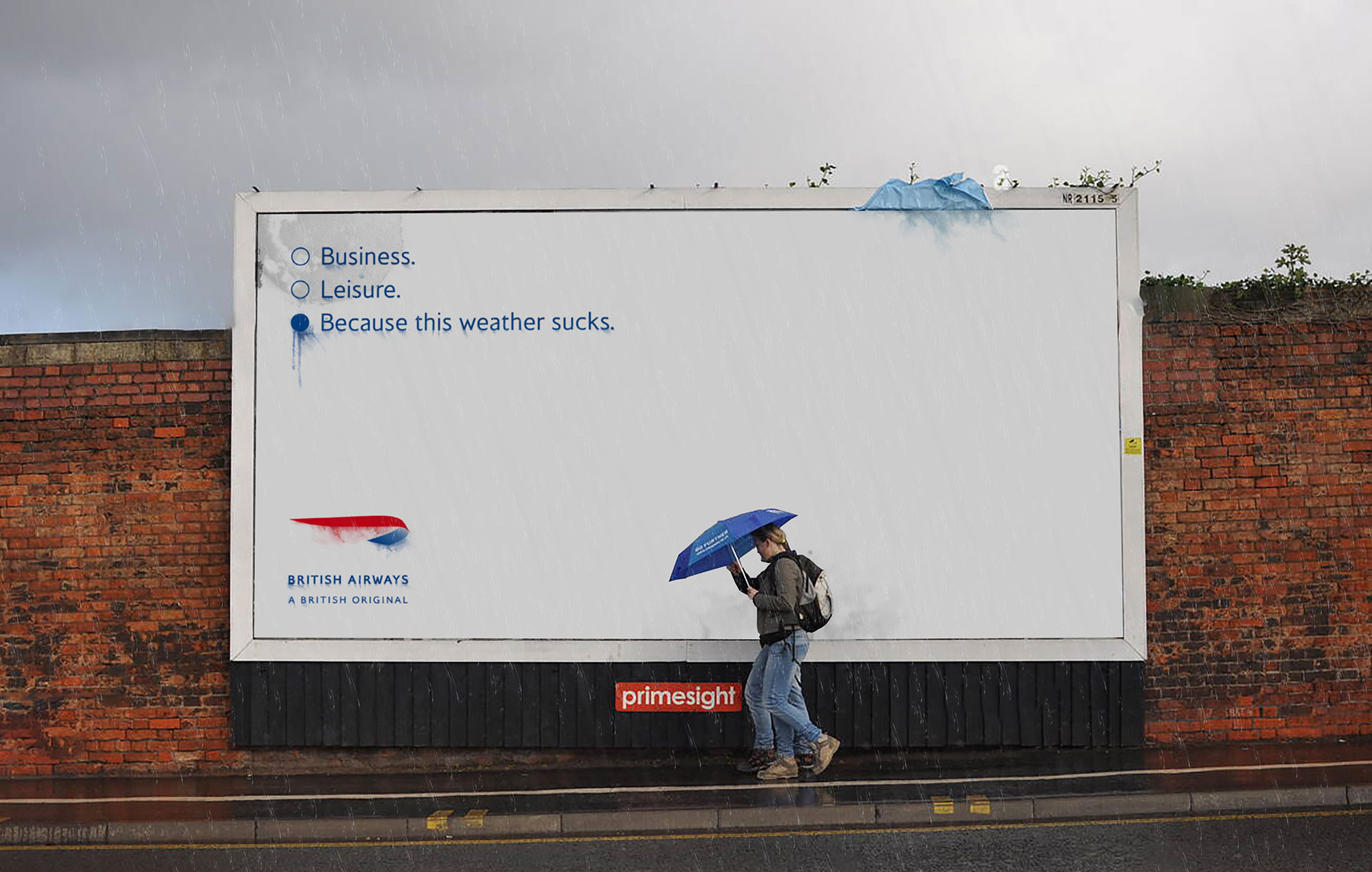 The work is tagged "A British original." And while a few of the executions lean into that idea (the billboard above is one of the best), the concept is much more universal than that. "A British original" feels like BA trying to keep a foot in its usual patriotic messaging, whereas the campaign's strength is really how it goes well beyond that. In fact, the work calls to mind Citibank's old "Live Richly" campaign from Fallon, which similarly explored more emotional territory in a category obsessed with service messages.

Here are some more headlines from the campaign:

There are also some short films—32 of them in fact, which will run over the course of a month. Check out seven of them below.

Uncommon says the OOH creative will adapt "according to location, time of day, weather and what’s happening in the news." MG OMD handled planning and buying. The campaign will appear on TV, video on demand, cinema, radio, print, display, social and out of home, including Piccadilly Lights and Heathrow.

BA is also working on a new safety video which will "showcase British Airways’ people, alongside some of the most well-known and much loved British talent."