Another end-around stunt for Super Bowl 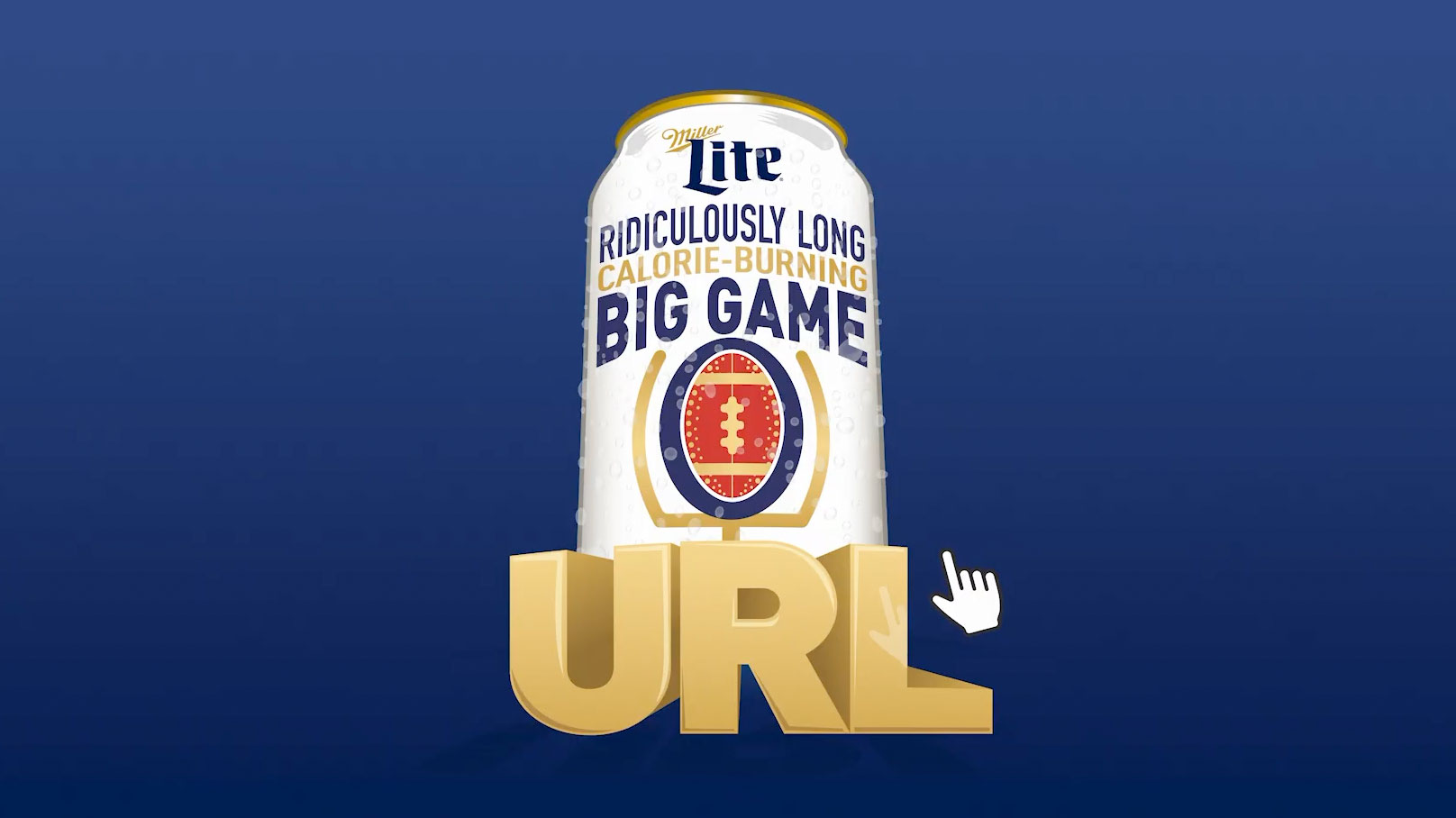 Miller Lite wants to burn some calories, and rival Michelob Ultra, ahead of Sunday's Super Bowl.

The Molson Coors brand packs 96 calories per 12-ounce can or bottle, and famously claims to have more taste than competitors such as AB InBev-owned Ultra, which contains 95 calories. So, it's inviting fans to sweat off the difference … by typing a laughably long URL that's scientifically formulated to burn exactly one calorie. The first 5,000 viewers who do so will receive $8, the price of a six-pack, via Venmo.

To ensure that folks actually hunt and peck the web address' 836 characters manually (thus burning that calorie), it will appear only in formats impossible—or at any rate, extremely difficult—to cut and paste.

For example, here's a full-page ad running in today's New York Times and other newspapers, with the text of the URL itself explaining the offer: 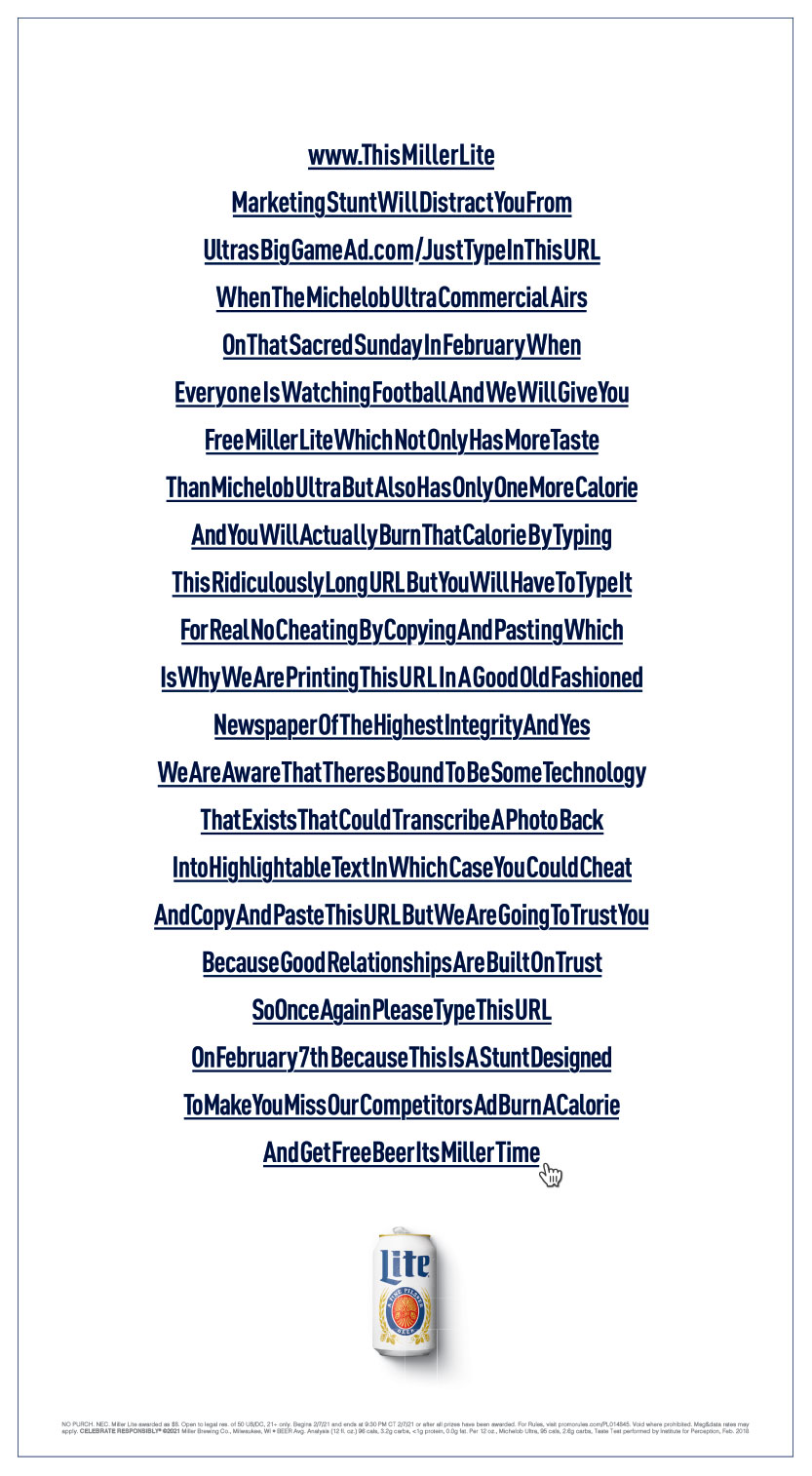 The video below shows the web address actually being typed. (C'mon, give me one more calorie!)

"Since we can't advertise nationally during the Super Bowl—because AB holds category exclusivity for alcohol—we wanted to come up with a creative idea that would break through the noise and generate buzz," Miller vp of marketing Sofia Colucci tells Muse. "When talking to consumers, we have heard a lot of people say they were surprised that Miller Lite was only one more calorie than Michelob Ultra. And with Sunday being one of the biggest beer-drinking holidays, it felt like the perfect time to remind beer drinkers that more taste is worth the one extra calorie, and burning that calorie is as easy as typing a ridiculously long URL."

She adds: "With our URL at the length it is, we're anticipating it will take at least 1 minute to type, which means some might even burn an extra calorie along the way."

What's more, the work from DDB Chicago and San Francisco rekindles the rivalry between Miller Lite and Ultra parent AB, which hit a peak with the scuffle over corn syrup in the 2019 Super Bowl. (Remember that? Seems like it happened in the Middle Ages.)

This new stunt isn't the only end-run around AB's Super Bowl exclusivity status this year, though it's less of a head game than Coors Light and Coors Seltzer's plan to place commercials inside fans' dreams.