The Ads of Super Bowl LV

See all the in-game spots as they're released 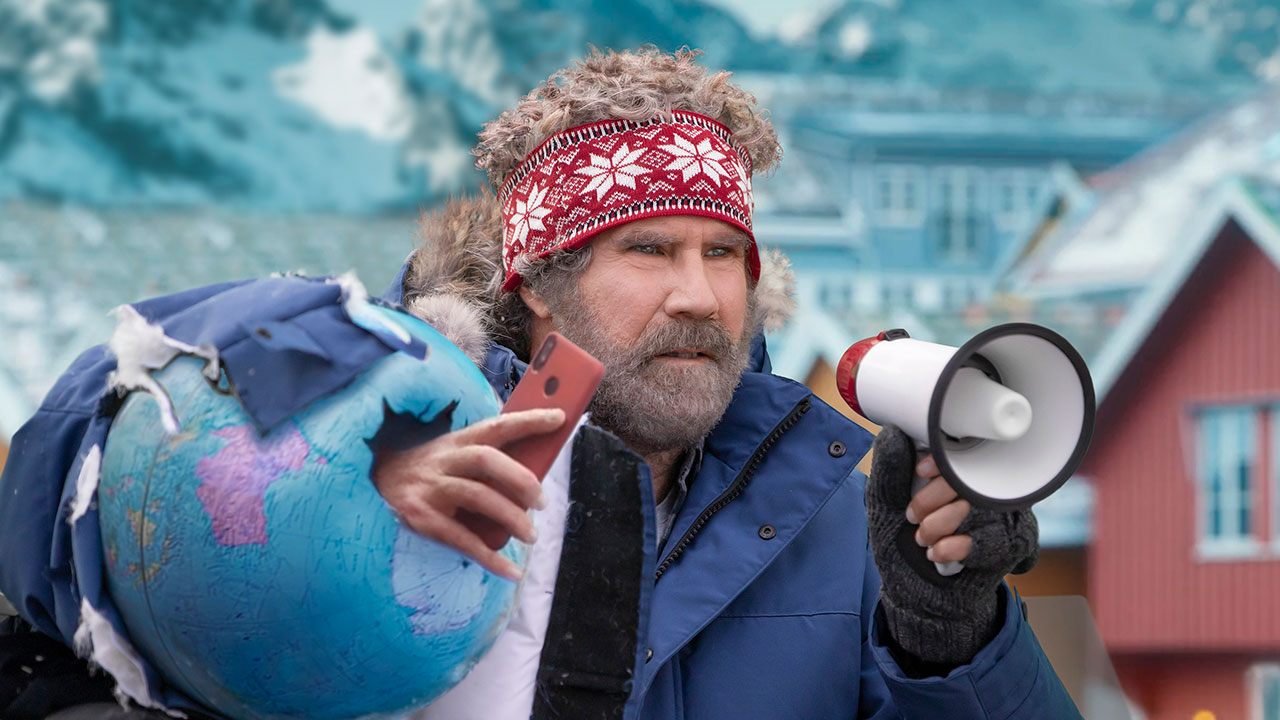 Welcome to Muse's coverage of the ads of Super Bowl LV.

Below, see all the Super Bowl LV in-game ads as they are released leading up to the game. On Monday, Feb. 8, we'll have a recap of how the ads fared overall. And the Clio Awards will have its Super Clio jury of top creative executives pick the best spot of the game. So, stay tuned for that as well.

The Ads of Super Bowl LV

Michael B. Jordan is the sexiest Alexa ever in this amusing :60. Agency: Lucky Generals. Wayne McClammy of Hungry Man directed. This is Jordan's first Super Bowl commercial. Check out the 90-second extended version here.

"It's never just about the beer," says AB InBev in this 60-second spot from Wieden + Kennedy New York, showing how people come together over beers in all sorts of personal and professional situations.

The outdoor outfitter brands will air this :60 about the allure of the great outdoors, particularly in times of quarantine. Agency: In-house in partnership with Kuhl/Swaine.

Bass Pro Shops and Cabela's | Get Back to Nature

Bud Light reunites the stars of a host of old commercials in an unabashedly nostalgic spot. (But where is Spuds Mackenzie?) Agency: Wieden + Kennedy New York.

The past year certainly gave us plenty of lemons, and Wieden + Kennedy New York tries to turn them into lemonade in this amusing minute-long spot. The commercial is a bit reminiscent of W+K and Spike Jonze's classic Y2K spot for Nike from two decades ago; it also contains a nice nod to the cardboard cutouts in stadiums, which Bud Light memorably riffed on back in October.

Ashton Kutcher, Mila Kunis and Shaggy star in Cheetos' Super Bowl commercial, "It Wasn't Me," offering advice on what to do when you get caught orange-handed after leaving marks all over the walls of your lovely celebrity home. The spot was created by Frito-Lay's creative agency Goodby Silverstein & Partners and directed by Bryan Buckley.

Chipotle Mexican Grill will run its first-ever Super Bowl commercial during the second quarter of Super Bowl LV. It's titled "Can a Burrito Change the World?" and features a boy rhetorically asking that question while highlighting the impact that Chipotle's "Food with Integrity" standards could have on the world, including reducing carbon emissions, saving water, and supporting local growers. The brand will donate $1 to young farmers for every delivery order on game day, alongside a larger commitment of $5 million over five years. Agency: Venables Bell & Partners.

Chipotle | Can a Burrito Change the World

P&G aired a :30 for its Dawn and Swiffer brands, urging couples to share the load of housework, particularly during the pandemic. The message is reminiscent of a campaign P&G ran in India several years ago that was literally called "Share the Load." Agency: M Booth.

Dawn and Swiffer | Come Clean to Close the Chore Gap

DexCom, Inc., a leader in continuous glucose monitoring for people with diabetes, is airing its first Super Bowl spot—a :30 at the end of the first quarter—starring Nick Jonas. Agency: Marcus Thomas.

Disney advertised the Disney Bundle—Disney+, Hulu and ESPN+ for $12.99 a month—in this 30-second spot.

Get Your Stream on With The Disney Bundle | Disney+ | Hulu | ESPN+

Daveed Diggs and Sesame Street teamed up for this winning spot about the delivery service. Agency: The Martin Agency.

Matthew McConaughey stars as a 2-D version of himself in Doritos' 60-second spot, which will air during the first quarter. It was directed by Hollywood filmmaker Damien Chazelle, who also directed Squarespace's Dolly Parton spot for this year's game. Agency: Goodby Silverstein & Partners. 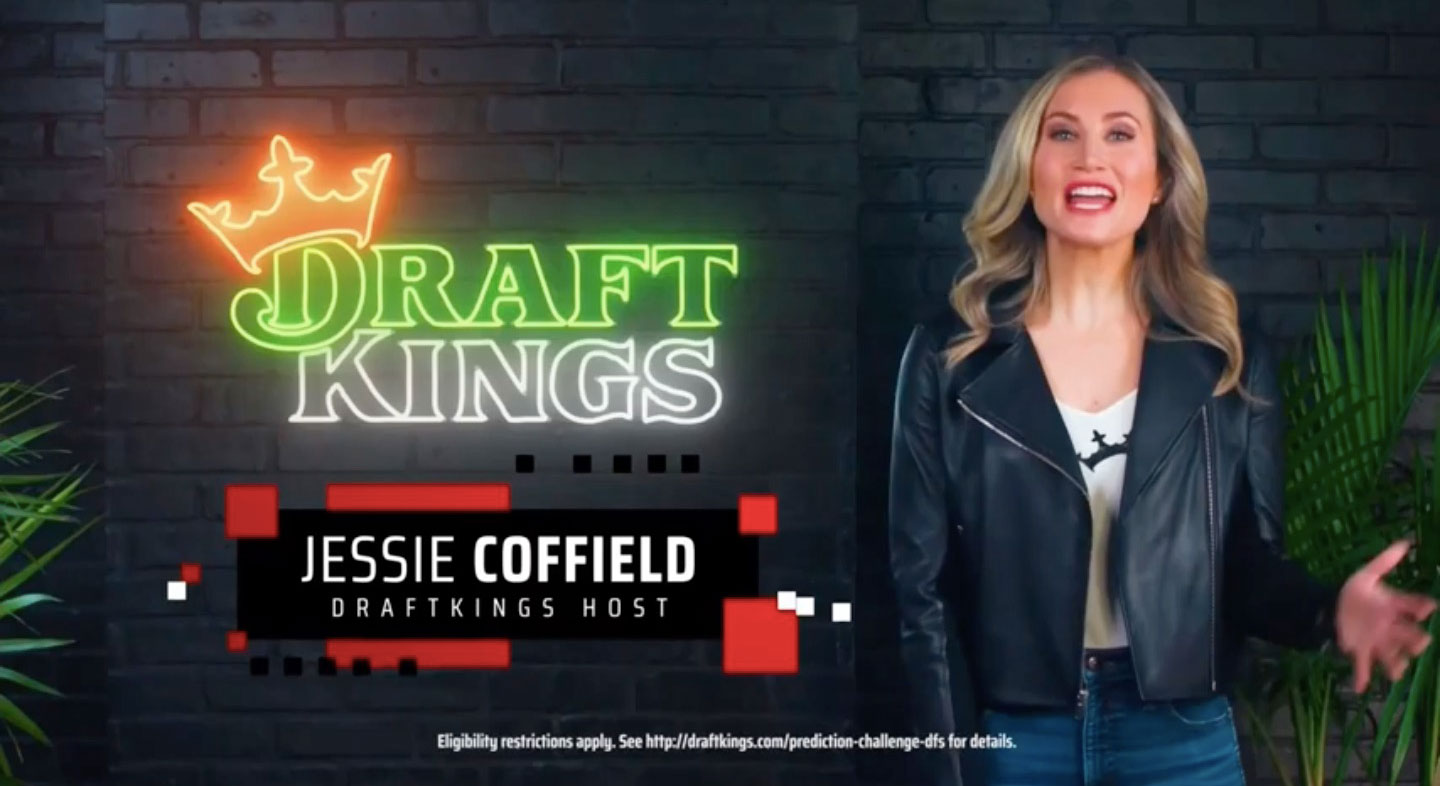 A kid gets inspired to get in shape—much like you should do with your finances—in MullenLowe's 30-second E*Trade spot.

Fiverr used Four Seasons Total Landscaping as a case study for small businesses that could use its services to stand out. Agency: Publicis New York.

Will Ferrell is envious of Norway's per-capita adoption of electric vehicles in this amusing :90, which co-stars Kenan Thompson and Awkwafina. Agency: McCann Detroit/McCann Worldgroup.

Guaranteed Rate | Believe You Will

Amy Schumer starred as the "Fairy Godmayo" in this spot for Unilever's Hellmann's, where the mayo brand helps bring leftovers back to life. Agency: Wunderman Thompson.

Babies born earlier in the day on Sunday made it into Droga5's adorable Huggies spot that aired on the game later that evening.

Huggies | Welcome to the World, Baby

Jobs site Indeed takes an emotional approach in its 60-second spot from 72andSunny, which is expected to air during the first quarter.

Brad Garrett stars as Tony Bolognavich, "The King of Cold Cuts," in Jimmy John's Super Bowl commercial, which will air as a :30 nationally and as a :60 in some of the sandwich chain's key markets, including Chicago, Detroit, Grand Rapids, Minneapolis, Omaha and St. Louis. Agency: Anomaly. Director: Craig Gillespie.

Bruce Springsteen makes his first-ever appearance in a brand spot here—a two-minute commercial from Doner in which the rocker visits Lebanon, Kansas, the geographical center of the lower 48 states, and issues a poetic call for unity in a time of deep polarization.

Lil Nas X is one of 13 artists and activists in this Swiss computer maker's 60-second spot, airing in the first quarter. "To create the future, you must defy the logic of the past," the brand says of these trailblazers. Agency: In-house.

Marvel Entertainment | The Falcon and the Winter Soldier

A trailer for the upcoming Disney+ series.

The Falcon and The Winter Soldier | Disney+

Mercari, an online marketplace for buying and selling items no longer being used, will air a 15-second spot in the third quarter of the game. The ad builds on Mercari's recently launched "Goodbye, Hello" campaign focusing on the power of saying goodbye to meaningful items and hello to newfound treasures. Agency: Rain the Growth Agency.

"Mercari, Your Marketplace | Get Your Unused Things Back in the Game

In what might be the most practical ad of the evening, P&G will air a :15 for Microban, a spray designed for household surfaces that kills bacteria and viruses (including the coronavirus).

The first person to count every bottle of Mtn Dew Major Melon in the commercial and tweet the correct number @MountainDew was promised $1 million. Agency: TBWA\Chiat\Day NY.

72andSunny brought legendary coach Vince Lombardi back to life for a stirring meditation on resilience for the NFL. A 1:45 cut aired before kickoff, and a shorter version aired later. In addition, the league aired a :60, also from 72andSunny, titled "Inspire Change," about its efforts to end systemic racism.

ViacomCBS will will advertise its Paramount+ steaming service (formerly CBS All-Access) with a raft of in-game promos from Droga5. The campaign began a few weeks back with two promos—four more will run on Sunday. See the whole six-spot arc below.

Returning to Earth is a stressful experience for astronauts, but it's just the beginning of their woes in Grey's Super Bowl commercial for Pringles. See a 60-second version of the spot below; the in-game version is expected to be a :30 cut.

Trading app Robinhood is airing its first Super Bowl commercial, after choosing to stick with its plans for the game even after getting ensnared in the GameStop stock controversy. Agency: MediaMonks.

We are all investors | Robinhood

Could you fill this spacesuit? Backed by Shift4Shop, a new e-commerce platform from Shift4 Payments, Inspiration4, the world's first all-civilian space mission, will air a 30-second spot during the first quarter. Developed by creative agency Known and director Bryce Dallas Howard (Ron’s eldest daughter), it seeks to entice citizen-astronaut recruits. Mostly, we see the rad suit from every angle, while British-Jamaican singer Celeste contributes an ethereal version of "Twinkle, Twinkle, Little Star." Shift4 CEO Jared Isaacman, an accomplished pilot, will lead the expedition on the SpaceX Falcon 9 launch vehicle and Dragon spacecraft.

Tony Romo and his wife, Candice Crawford, star in Skechers' 2021 Super Bowl spot, which will air during the second quarter. Agency: In-house.

Dolly Parton remade her hit song "9 to 5" as "5 to 9" as a tribute to those working after hours to achieve their entrepreneurial dreams. This is the 60-second spot. There is also a 30-second version. The brand says it's still not sure which version will air on the game. Agency: In-house.

Squarespace | 5 to 9 by Dolly Parton – Extended

Drake made an amusing appearance, as "Drake From State Farm," in The Marketing Arm's 30-second State Farm ad. Brand pitchmen Patrick Mahomes, Aaron Rodgers and Jake were also featured in the spot.

The Procter & Gamble laundry detergent returns to the Super Bowl for the fourth time in five years with a 60-second spot about a teen who refuses to wash his Jason Alexander sweatshirt, even though it's been through all manner of indignities. Agency: Woven Collaborative.

TurboTax will run a 45-second spot during the second quarter, extending the "Straight To You" campaign for TurboTax Live that launched in January. This is TurboTax's eighth consecutive appearance in the Super Bowl. The spot was created by Wieden + Kennedy Portland and directed by Andreas Nilsson.

Mike Myers and Dana Carvey resurrect Wayne's World, with a cameo from Cardi B, in this fun 60-second spot, which will air during the third quarter. Agency: Special Group U.S./Australia.

A trailer for the Universal Pictures movie Old.

This used-car retailer was the first of the 2021 Super Bowl advertisers to unveil its full commercial online. The 30-second spot amusingly dramatizes the pain of buying cars at a dealership. Agency: Anomaly.

WeatherTech makes its eighth appearance in the Super Bowl, this time with two :30s (plus a third :30 that will air pregame). Agency: Pinnacle Advertising.