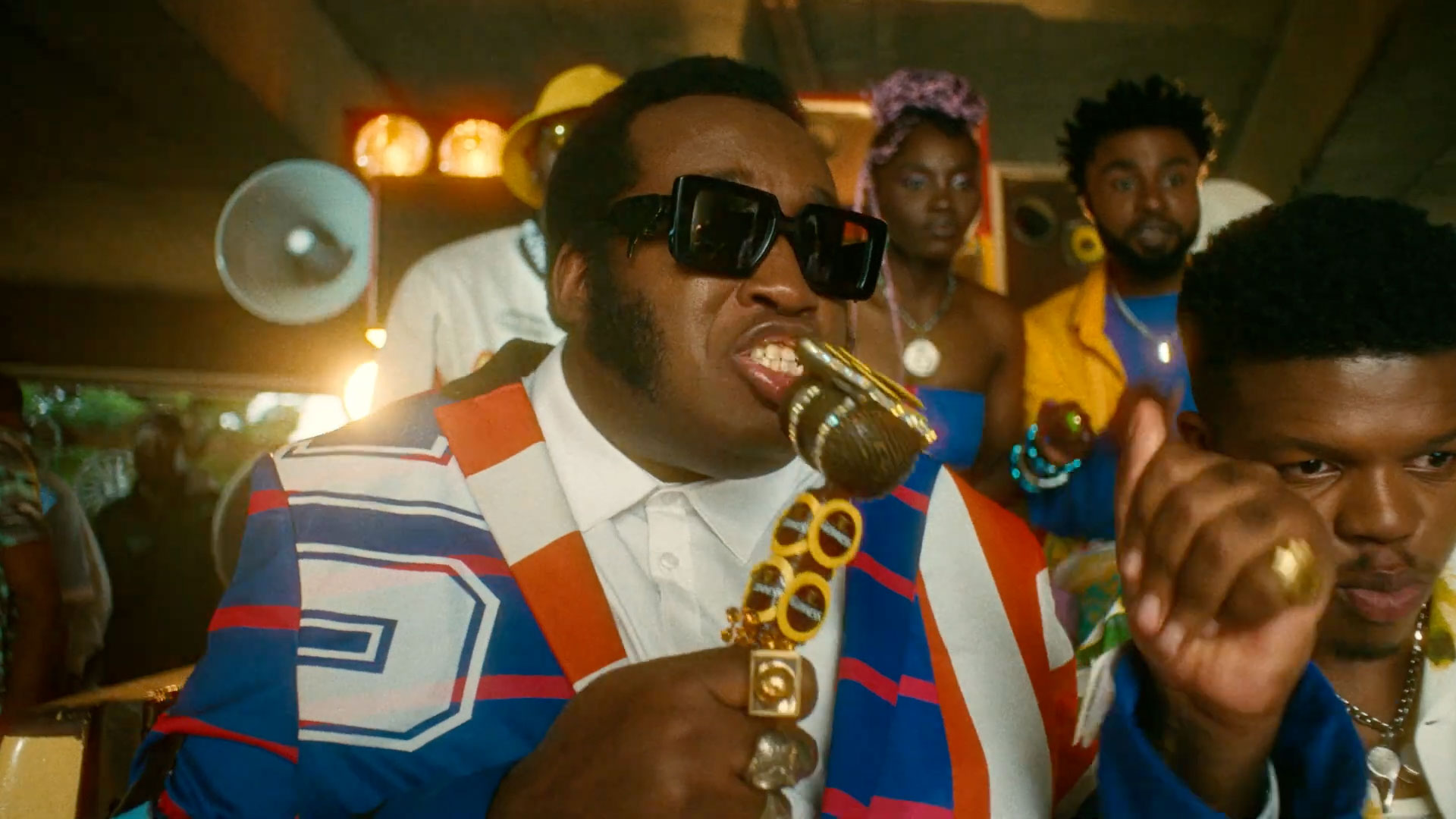 "Football is not just about what we see, but what we feel," says Abidemi, an African soccer fanatic who shares an intense love for the game with his brother, Miracle, in a fresh Guinness spot from AMV BBDO. The 30-second spot, airing across Africa in the run-up to the 2022 FIFA World Cup, celebrates the joy of fandom and the transcendent quality of sports.

We meet the brothers—portrayed by actors who aren't actual siblings—in a local viewing center, where folks congregate night after night, like fervent parishioners, to worship at the altar of Messi, Pogba and other gods of the game. It's a simple story imbued with considerable power, and a twist near the end that puts the noisy, joyous experience in perspective:

When we learn Miracle is blind—indeed, the actor has been sight-impaired since birth—the tale gains deeper meaning. He's an avid "spectator" of these games, even though he can't see. Moreover, everyone here is equal in their exuberance, brothers and sisters in a family of fans, their senses transported to a realm of pure excitement and delight.

Eschewing flashy visuals and CGI distractions, director Paul Ward creates an intimate, instantly relatable meditation on the human condition. "Brothers" casts football, sports and Guinness in the best possible light, as the Diageo brand, though not an official World Cup sponsor, seeks to bask in the tournament's glow (diminished somewhat amid criticism of host nation Qatar's record on human rights).

The heartfelt outing, part of Guinness's broader "Black Shines Brightest" platform, provides a refreshing take on the fan phenomenon. It shares themes with recent ads from the NBA, TNT, the Brooklyn Nets and Detroit City F.C., but makes its point in an entirely different though no less compelling way.

Sightlessness has also played into a pair of other notable sports-minded campaigns. It drives this powerhouse film for Swiss sneaker brand Oh about the world's fastest blind sprinter and informs a riveting mini doc chronicling an ad exec's quest to run the Paris marathon while blindfolded. Both campaigns pack immense punch because of their focus on friendship, shared struggles and sweet triumphs. Such notions play into "Brothers" as well, elevating the brand message.

Muse: Can you talk about the genesis of the idea?

Nicholas Hulley and Nadja Lossgott: The game of football is usually seen through a purely visual interpretation, but this story was written with a twist through comradery and communion, to make us experience it in a different way. It led to writing about two brothers that make the game brighter for everyone. Of course, the reveal is you don't know Miracle is blind until the end. He brings the charisma, energy and flair to a game that makes the experience and the world even brighter.

Who's the target audience, and what's their big takeaway about the brand?

The core audience for this campaign is passionate football fans in Nigeria, Kenya, Uganda, Tanzania, Cameroon and Ghana. Football is a major part of their social lives, from watching the games—at home or in bars and viewing centers—to following the sports news, social media conversations and discussing football throughout the week with friends. It's a key source of entertainment and escapism. Guinness is a huge brand across the continent, popular with men and women of all ages, and has a strong association with football thanks to long-term sponsorship of the key broadcaster's Premier League coverage.

Talk a bit about filming the spot.

It was filmed across two days: one day in our viewing center set (in Johannesburg), one in a car park which we morphed into a 5-a-side pitch where local footballers and fans were drawn in by Miracle's commentary. This was done to show that his love for the game extends way beyond the really big "important" matches.

He gives a great performance.

Working with Miracle was fantastic. He embodied the character fully, bringing his own visually impaired experience to the performance. His charisma and spirit on set was so infectious that the energy on the shoot was electric. Football chants broke out spontaneously, with Miracle leading the way.