Working Not Working Celebrates Recruiters Who Get a 'Bad Rap'

Now they've got a diss-track all their own 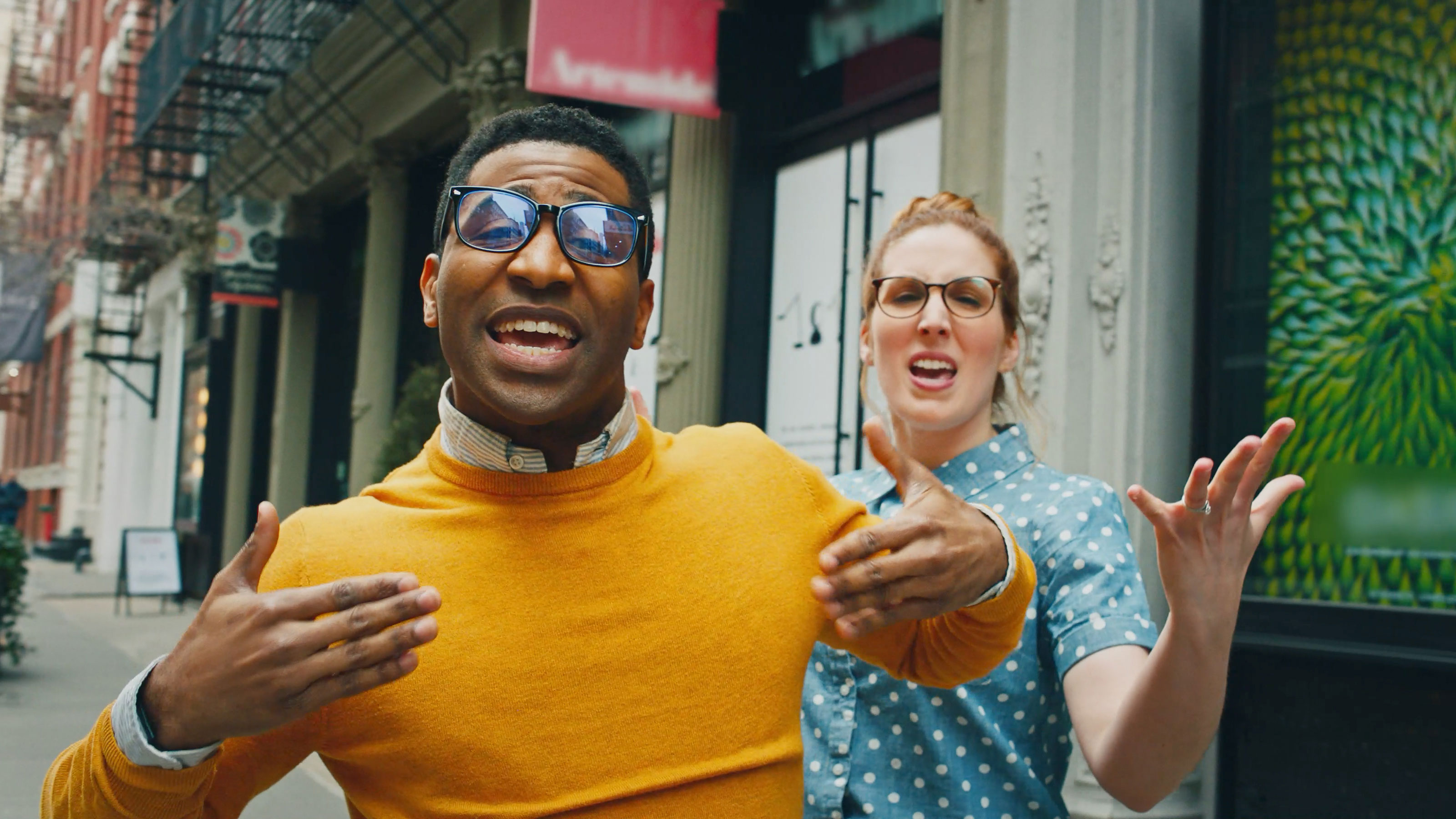 Working Not Working, the Fiverr-owned talent acquisition firm, cranks up the self-consciously silly rap in a spot that showers creative recruiters with purpose-driven beats of love.

Such folks often get a ... bad rap. Now, they're fighting back with a dippy diss-track all their own. Developed in-house, highlights from WNW creative directors Mark Svartz and Jon Bunning include:

"They wanna keep it diverse,
So I search left and right.
But why's everyone they choose
50 shades of white?
...They want the top candidates
But won't pay the loot.
C'mon, meet me halfway,
I'm just here to recruit!"

We use the term "highlights" loosely, to be sure.

Given the premise, it's understandably SFW—mostly. They do toss in "bitch," "shit" and "motherfucker" at various points for ... street cred? (Or cube cred, maybe?)

"They say, 'I need a new gig,
'I'm ready for the next phase.'
But then they use that job offer
Just to get a big raise."

Put another way: It all works just fine.

Below, WNW co-founder and chief creative officer Adam Tompkins explains how "We Love Recruiters" came together.

Adam Tompkins: It was inspired by the everyday challenges that recruiters face in a highly competitive hiring market. In the wake of the Great Resignation, they often must rebuild entire creative departments. Along with the usual: being ghosted during the hiring process, handling unrealistic asks from potential candidates, and working to fulfill several roles simultaneously with tight budgets and tighter deadlines. The job is that much harder these days. Hiring managers and recruiters are a major part of our customer base, which has doubled over the last two years. This is our way of celebrating them, offering a tongue-in-cheek approach in the form of a love song and rallying cry, giving recruiters a voice to share their experiences.

Self-consciously bad rap has been done before. In commercials. Sitcoms. Movies. Around water coolers. Why go this route?

Well, there''s the connection between recruiters getting a bad rap and THIS bad rap! But honestly, there's a lot of serious marketing out there taking on the state of the job market, though it's usually missing the perspective of those actually doing the hiring. This musical long-form medium seemed like the most fun way to tell that story.

So, they let off some steam, is that it?

They totally have pent-up frustrations around managing expectations, withstanding entitlement, and so on. Rap allowed for an onslaught of honesty, a diss-track response. Maybe we could have gone with hair metal, but it's hard to rally people around these familiar moments of friction in the industry with a finger-tapping guitar solo. (Editor's note: Just hire Ed Helms!)

We plan to grow internationally, broaden the opportunities that are available to creatives who find work through our platform, and increase the number of places those opportunities come from. We share a similar belief that talent is borderless and technology can be used to provide global opportunities. Fiverr is a technology-driven company, and we want to tap into that for the betterment of our community.

Can you talk about shooting the spot?

This ad was filmed in a single day inside the Fiverr NYC office. I've never had so much confidence in something being great while we were actually shooting it. Michael and Molly were amazing. Every single take was gold.