Hal Kirkland on Radiohead, the Good Omens Choir, and Music as Universal Language

The writer-director's path from Sydney to L.A. 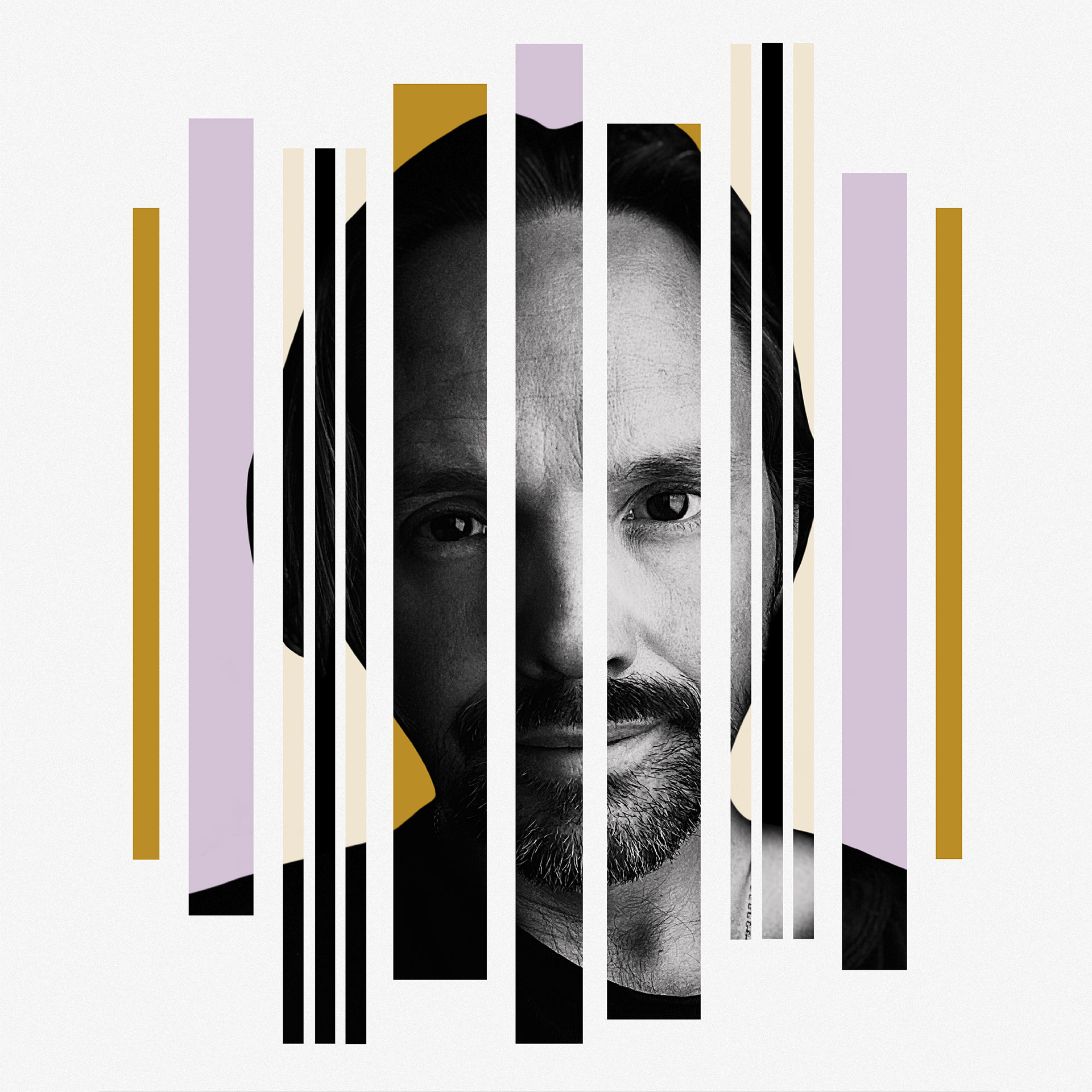 Hal Kirkland is a writer, director and creative director who hails from Sydney and lives in Los Angeles. He started out in design, jumped into advertising for a decade or so, and made music videos on the side. His first music video, for Japanese indie band Sour, won so many shiny things that he eventually quit his job and started making music videos full time.

Since then, Hal has created music videos for such artists as OneRepublic (100+ people choreographed in a single four-minute take), Snoop Dogg (gangsta homage to the Naked Gun series) and Led Zeppelin. The latter involved filming 17 music videos that people could journey through behind the facade of the band's legendary Physical Graffiti cover.

Hal's work as a creative director and commercial director has won numerous awards. Represented by Tool of North America, Hal continues to merge his love of film, music and technology to bring all kinds of things to life for brands like HBO, Amazon Studios, Uber and Amazon Alexa, to name a few.

We caught up with Hal for our Liner Notes series to learn more about his musical tastes and journey through the years, as well as recent work he's proud of and admired.

I grew up in Sydney, Australia. I left Australia in 2006 for London, moved to Amsterdam for two years, then sauntered to New York for five years. I arrived in Los Angeles seven years ago. L.A. is now home.

My mother used to continually sing around the house all through my childhood, and even now when I visit. Fortunately, she has an amazing voice. It makes me smile just thinking about it. I also had a Fisher-Price Musical Box Record Player with a banging selection of plastic. My favorite tune was "Au clair de la lune" followed closely by "Hickory Dickory Dock," and "London Bridges" on the B-side of the same record.

My first major concert was INXS at Centennial Park in Sydney. It was a special event called The Concert for Life, where a bunch of bands were playing to raise money for one of Sydney's largest hospitals. There were over 100,000 people so it was pretty spectacular. It was also the first time I'd crowd surfed. Even if the music didn't exactly call for it, the scale of the ocean below definitely did.

My favorite band is Radiohead. Like most other people, the first song I heard was "Creep." It's a song I would sing to myself every time I walked home from my part-time job at a Charcoal Chicken shop in my hometown.

But it wasn't until I heard the vocal section of "Paranoid Android," while at a friend's in university that the love affair began—specifically, the first instance of the lyrics at 0:51 when Thom sings, "What's there?" It's at once haunting and beautiful. Then came the rest of the album OK Computer. Then The Bends (I'd missed it), and from that point on, Radiohead provided the soundtrack for a considerable portion of my life. For me, they became a symbol of endless experimentation and an example of untethered artists who didn't create music because they thought everyone might like it. They make music that is meaningful to them. Kid A is a pretty huge example of that. Anyway, I could go on forever. Don't even get me started on In Rainbows and A Moon Shaped Pool.

As a side note, I was pitching a music video concept to Radiohead just as Covid landed and their management shared it with them. At the end of my treatment, I wrote them a thank-you note for the aforementioned lifelong soundtrack. The project is pending for all kinds of reasons, but it felt good to write something so personal that I knew they would read. Hopefully that's not the reason the project is still pending.

Spotify, mainly. I make a point of listening to the Discover Weekly playlists so I'm exposed to new stuff. That probably sounds pretty noncommittal to true connoisseurs. Ha. When I find songs I like, I make a new playlist with just that song, then I investigate the 10 songs that the algorithm matches to that song. You can also refresh these lists to get more recommendations. This process has unearthed some actual treasure.

I love festivals. Sadly, like everyone else, I haven't been to one in a while, but I'm looking forward to them coming back. I appreciate spectacles of bigger festivals like Coachella but I gravitate toward slightly smaller or more intimate affairs where you have to compete for Ubers with 75,000 other people.

So many favorites. I don't have an absolute favorite, but I'll share the first that came to mind, even if it's a bit of a blast from the past. It's a music video by directors Fleur&Manu for Gesaffelstein called "PURSUIT." It's a simple graphic mechanic of a camera always moving backwards. The entire music video is filled with ultra stylish art direction, CG wizardry—and completely unexpected moments. My favorite is at 1:21, when a woman is suddenly yelling at the camera.

I don't generally follow traditional TV for music news, nor podcasts. I get most of my music by listening to a lot of it. One thing I do like, and it's a pretty simple thing, is the Behind the Lyrics info  that displays on our Google Home device whenever I'm cooking. I think it's a Spotify feature. No, I'm not getting paid by them. Yet. I love the backstories behind music and the artists. It's a nice addition to scrolling lyrics.

I'm most proud of a project I created to promote the launch of the Amazon Prime's series Good Omens. It was a project where I got to explore everything I'd learned across every industry I'd worked in.

It basically involved pulling characters from the original book and series—a group of satanic nuns called "The Chattering Order of St Beryl"—and bringing them to life as a world-touring a cappella choir.

I co-wrote their songs with Deke Sharon (Pitch Perfect), choreographed their performances, and even directed the music video for one of the songs about the baby Antichrist. It's called "Brand New Baby Smell."

The nuns became so popular during the campaign that they were invited on national radio, the U.K.'s most popular morning show, and eventually dropped an entire album called Unholy Night. The whole campaign worked because it struck a chord with series creator Neil Gaiman and with fans.

It was a huge experimental creative whirlwind and one I am very grateful for. I also had a great team to bring it to life, especially the nuns themselves. It was an honor to work alongside such talented performers.

This isn't exactly a new project, and maybe it wouldn't be called a project due to its level of production— but the French series by Fanny Herrero called Dix pour cent (Ten Percent), or Call My Agent!, as it's called here on Netflix. It was an amazing series. It's beautifully written, has an amazing cast, blends reality with fiction in a fun way, and I genuinely missed it when the last season ended. For people with a Netflix account who haven't seen it: You have four entire seasons to look forward to.

Like artists from any discipline, I think it's always best to stay true to who you are and what you want to say in your voice. If you're lucky enough to have found it, then lean into it and believe in it. Your unique perspective is your biggest asset. At its best, it's a symbiotic relationship where both parties are celebrated because the tone and outcome suits both parties' ethos. An ideal scenario is when a brand wants to enhance that voice without getting in the way or putting a big logo at the end.

With respect for who they are and what they have to say. Find a way to work in concert with them that is interesting and original. Don't just sponsor a performance. Allow the artist to perform in a way they wouldn't have dreamed of. I think a great example of that is Travis Scott's Fornite concert.

Music is the most instantly emotive language we speak as a species, and thankfully it's universal. Even if you don't know how to write the language, you can still feel it. My 3-year-old son Lando tells me when he thinks a song is sad, or if it's happy-sad, which says everything.

I wouldn't say I'm totally in the music world. I'm a writer and director, so music is more like the life force that helps me express all kinds of other ideas. It is one of my favorite aspects of the creative process, and I feel really lucky that I get to create music even though I'm not a musician. What would I be doing if I wasn't a writer/director? I'd be an island-hopping beach-resort lounge singer.