A tie-in with Netflix's Army of the Dead 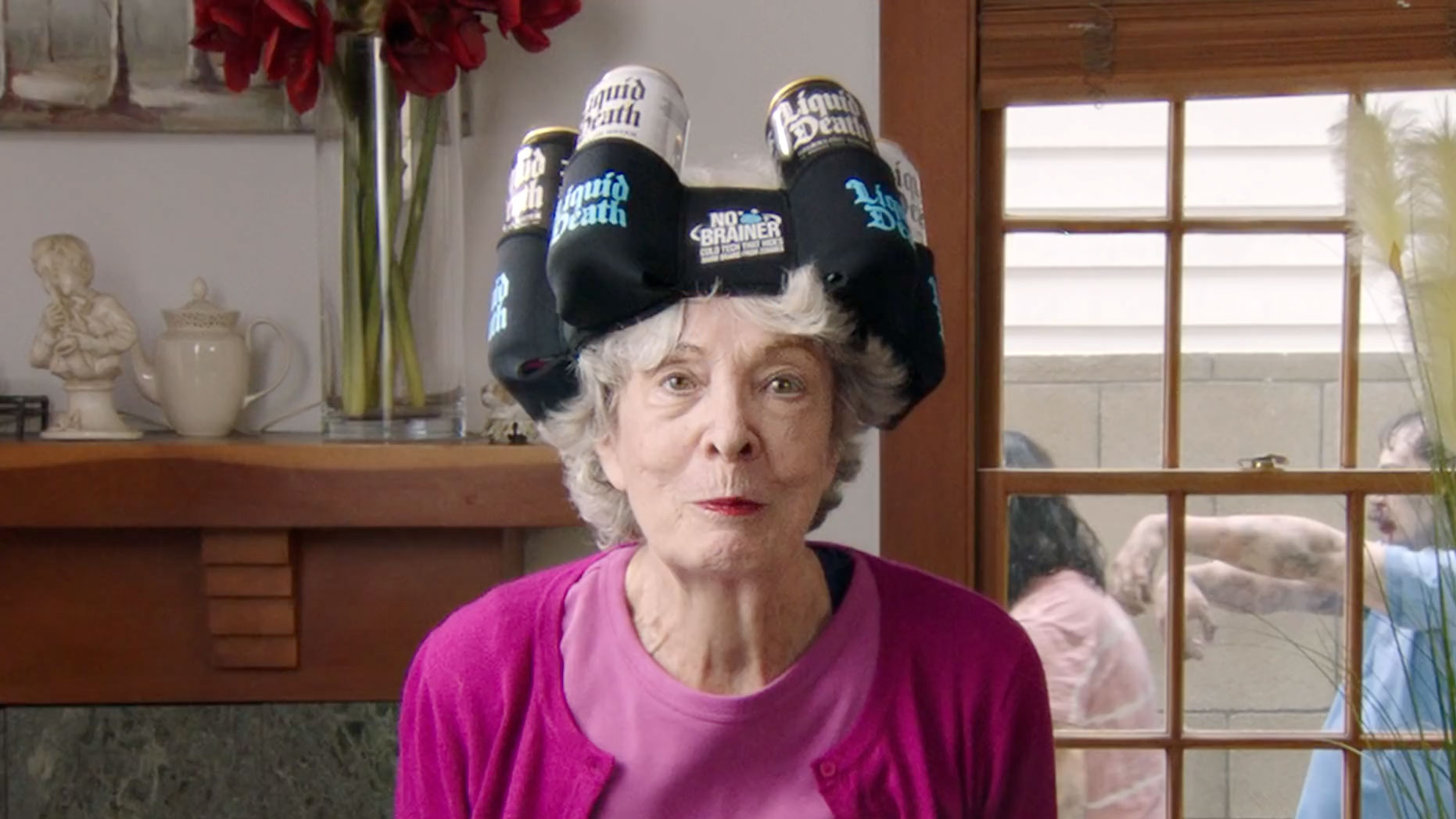 When you're seeking salvation from ravenous zombies bent on chomping your brains, picking the wrong protective head-koozie can precipitate gruesome disaster.

Liquid Death claims its "No Brainer" will repel freshly risen corpses looking to bust apart your cranium and devour what's inside. And the canned water brand offers live demonstrations and testimonials from satisfied, still ambulatory customers to prove it.

Along with safeguarding minds from the undead, the koozie—a real product selling for $29.99—helps promote Army of the Dead, an upcoming Netflix horror-heist flick directed by Zack Snyder.

Check out the half-hour No Brainer informercial below from creative agency Party Land and Fanciful Fox director Dick Duncan Downie. In a throwback to '90s late-night programming, it's actually running in some markets, and shows off the headgear in hilariously hair-raising—and perhaps even triggering—detail. (Some bits are probably NSFW—most notably the ones that spray against the walls in various scenes.)

"If only there was a way to make you and your loved ones virtually invisible to nearby, lurking zombies," the ad begins. "Well, now there is! Introducing the Liquid Death No Brainer—ingenious wearable tech featuring breakthrough cold-temperature science that hides your warm brains from zombies' natural thermal vision."

The bloody good fun that ends with the kind of carnage that would've helped Billy Mays sell loads more OxiClean and Kaboom back in the day. Such products would come in handy removing the gory mess after zombie attacks!

It's amusingly macabre stuff, as you'd expect from a brand that turned its hate mail into heavy metal music, hired a real witch to curse its product for Halloween, and trafficked in mutilated sea-animal toys to raise awareness of ocean pollution.

Other campaign elements include digital out-of-home billboards in Las Vegas—the setting of the Netflix film, dropping May 21—and street teams hawking No Brainers.

"There's something magic about taking imaginary things that seem like they shouldn't exist, and making them real," Liquid Death CEO and co-founder Mike Cessario tells Muse. "We wanted to tap into the insight that even during a zombie apocalypse, there will still be opportunistic companies trying to profit from fear with questionable products and services."

"Millennials and Gen Z hate the way most out-of-touch marketers try selling to them," he says. "By making fun of this type of hard-sell, inauthentic B.S. marketing, we connect with a huge percentage of our target."

And remember: If you get murdered by zombies while wearing a No Brainer, Liquid Death will refund your money ... no questions asked!