From Army of the Dead to F9, See This Week's Trailers and Posters

Plus, Hitman's Wife's Bodyguard and Dave Grohl in a van

After a year's hiatus, blockbuster season is upon us, and I think we can all agree, it's a welcome return! Nothing says normalcy in Hollywood quite like a trailer drop for the Fast and Furious franchise's latest installment. But F9 wasn't the only blockbuster. In another relieving return to normalcy, a crowd of zombies overtook Vegas.

There were also monstrous bosses, Hollywood therapists, and a Nomadland-esque film with a rockstar twist. Rounding out the week with some comic relief was Ryan Reynolds, his copy of The Secret and a Britney Spears classic.

Buckle down and get ready for some explosions, zombies and a killer soundtrack! Here are some of the notable trailers and posters released this week.

Army of the Dead

It's true what they say: What happens in Vegas stays there, at least in the case of Army of the Dead. Master of visuals Zack Snyder is reconnecting with his zombie roots in this latest apocalypse flick. The trailer is a visual stunner, and the Vegas-themed graphics deserve a shout-out. But there's more than meets the eye. The real star of this piece is Kenny Rogers' "The Gambler." The music is the anchor of the narrative and is perfectly cued to the editorial. As for the illustrated posters, I can't take my eyes off them. The design, the color palette, the playful type—they hit the jackpot on these. Army of the Dead hits Netflix on May 21. 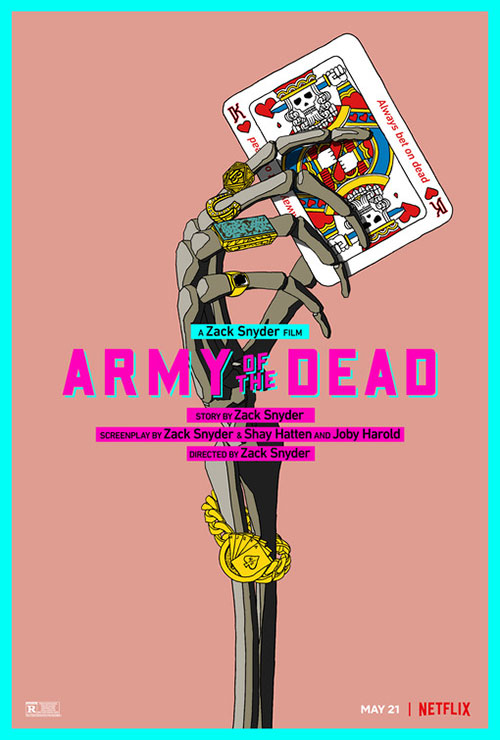 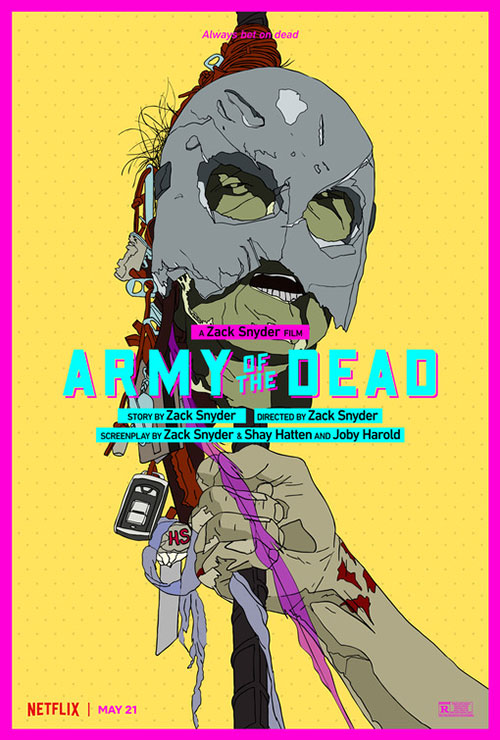 There are a lot of things Dave Grohl does very well—putting on a kickass concert, leading a band, drumming, and keeping an exuberant youth about him. And in recent years, he's taken on the role of rock 'n' roll historian, bringing generations together to romanticize unique pieces of music history. This time he's getting back in the van and talking with a slew of artists about their early van tour experiences. The trailer is loud, fun, nostalgic and educational. It combines vintage footage and photographs, recent interviews (in vans), and is narrated by Grohl himself. This rock 'n' roll road trip begins April 30.

The trailer for Too Late is full of surprises! It sets up the story of a talented comedy-club booker being taken advantage of by her boss but then transforms into something wildly different. The changing music encourages the competing storylines, as do the cleverly themed graphics. This piece wasn't what I expected at all, and that's what makes it a bloody delight. See Too Late on June 25.

After a 10-year hiatus, the acclaimed series returns with a new doctor and a new city. The trailer is appropriately shaped by the expository dialogue. Shot by shot and line by line, we get glimpses into the patients' and therapist's lives. The instrumental score elegantly creates a safe but dramatic environment. In Treatment returns May 23.

Ryan Reynolds plays a hitman on sabbatical who's coaxed into protecting his nemesis's wife, and the result is comedy gold. The first 30 seconds of the trailer build the humor, but then the music kicks in, and brilliance ensues. Britney Spears's "...Baby One More Time" works with the editorial to land a slew of satirical musical cues. The poster shows the key players without giving away too much story or even the film's comedic nature, aside from the clever copy. See Hitman's Wife's Bodyguard on June 16. 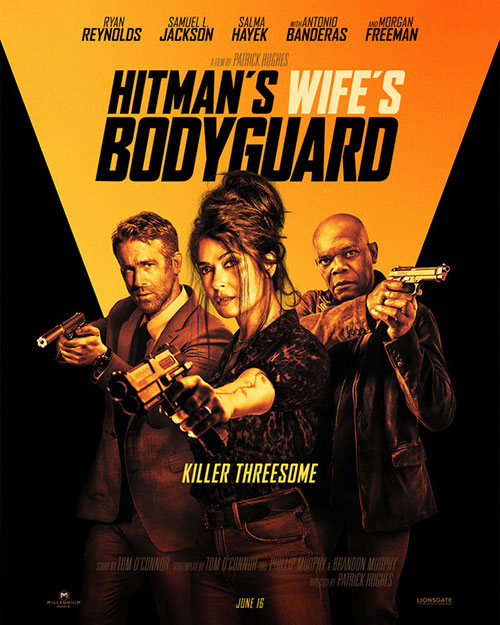 Dom and company are back, and they're moving faster than ever! The trailer is an exhilarating montage of explosions, pile-ups, flying cars and speeding jets. If your adrenaline isn't already in maximum overdrive, then the new faces of John Cena and Charlize Theron will definitely shoot you into full throttle. Also, the musical cues and sound mixing are, well, explosive. As is the colorful new poster. F9 speeds to theaters June 25. 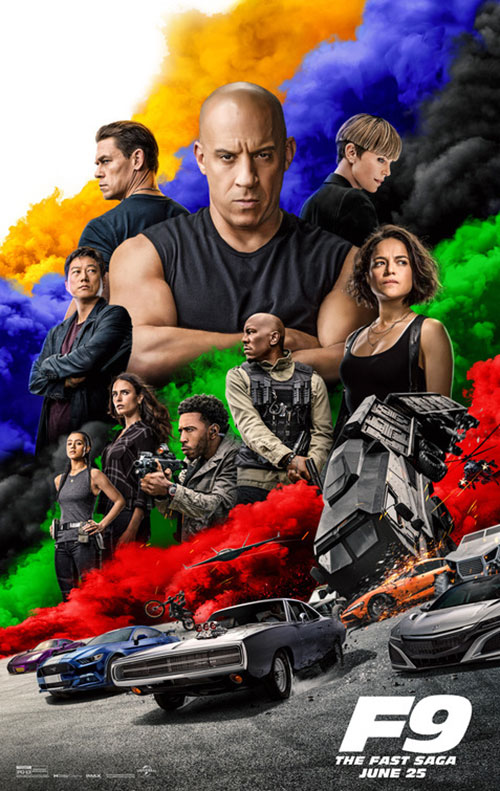