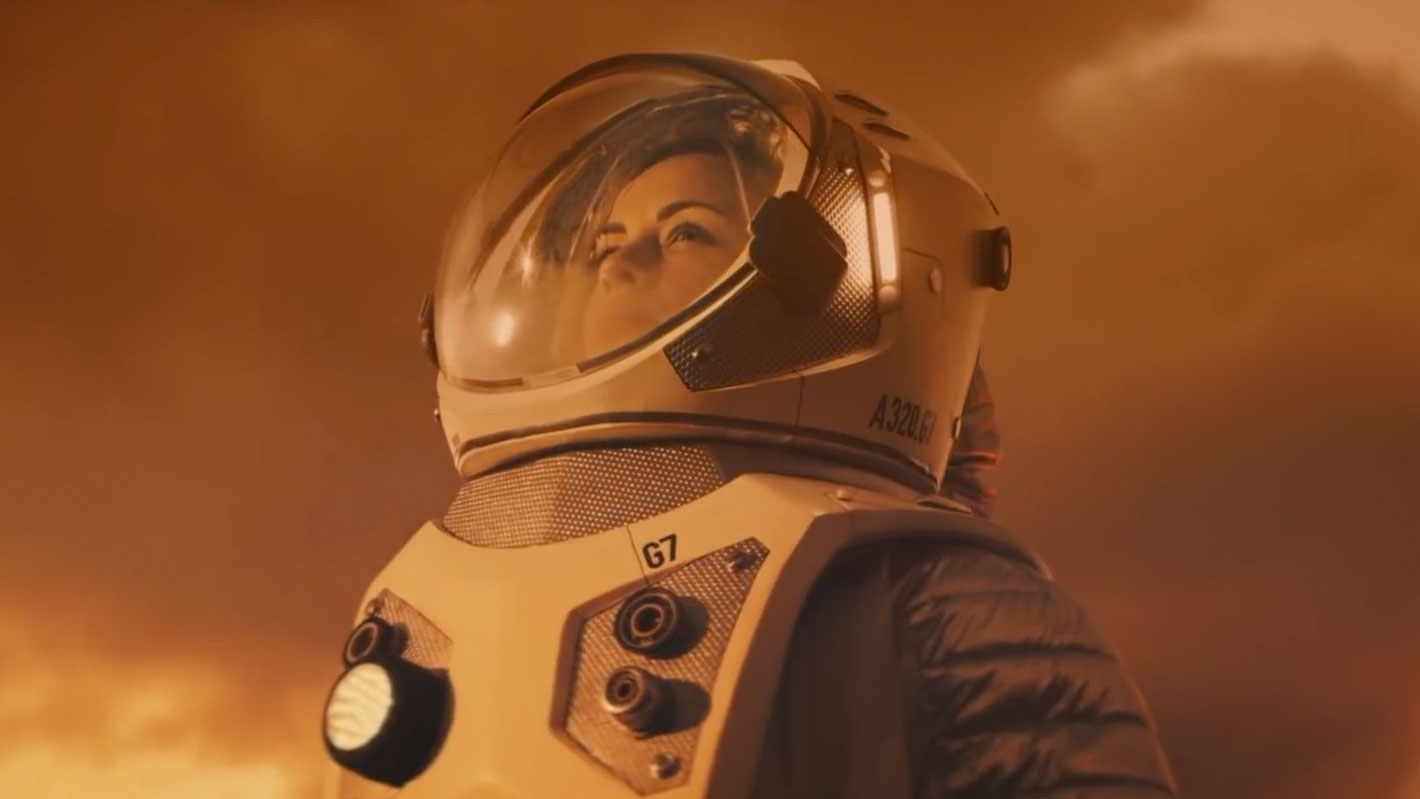 On Feb. 18, NASA's Perseverance Rover landed on Mars… and immediately began tweeting about it, which made us wonder whether robots deserve to inherit the Earth after all. (We're kidding. Obviously a human team is doing the tweets; Perseverance doesn't care. It's busy off-roading, taking cool pics and collecting rocks to send back home. Vacationing, basically.)

Perseverance's arrival, after seven months of travel, makes the race to put people on Mars feel more urgent. It's not just a NASA or SpaceX ambition; China and the United Arab Emirates are also eyeing the Red Planet. And nobody seems interested in a quickie round-trip, like the Moon landing. Most everybody wants to start a colony there.

A lot of us have complicated feelings about this. It doesn't help that Elon Musk, who founded SpaceX, is planning to pack indentured servitude in his colonists' suitcases. Worried you'll miss debt culture when you go? Don't!

Fridays For Future, a climate initiative that launched in 2018, takes a shot at embodying those feelings with "1%," a satirical Mars tourism ad.

1% - After more than 5 million years of human existence on Earth, it’s time for a change…

Created by Fred & Farid Los Angeles, the ad begins with an aspirational voiceover: "After more than 5 million years of human existence on Earth, it's time for a change. Mars: 56 million square miles of untouched land, breathtaking landscapes and incredible views." You have to look at it from a certain angle—the opposite of Elon's, really—to feel the irony in its premise.

It ends with a forbidding statement: "And for the 99 percent who will stay on Earth ... we'd better fix climate change."

Ah, the catch: All these promises of adventure, and escape from our existential woes, will likely be reserved for the few who can afford it. (Unless you're into the whole indentured servitude thing ... and hey, if you've still got school loans, what's a couple million more before you die?)

"We wanted to highlight pure nonsense," said Fridays for Future. "Government-funded space programs and the world's ultra-wealthy 1 percent are laser focused on Mars … and yet most humans will never get a chance to visit or live on Mars. This is not due to a lack of resources, but the fact that our global systems don't care about us and refuse to take equitable action."

To drive that point home, the organization points out that NASA's Perseverance Rover cost $2.7 billion for development, launch, operations and analysis. While we're hard-pressed to begrudge NASA a budget at the worst of times, it's hard to look at that figure and think about the fact that we still haven't figured out recycling.

The ad went live on Feb. 18, the day Perseverance landed on Mars. Contrast this date with another one, just a smidge down the road: Elon Musk is "highly confident" that SpaceX will get people there by 2026. (Though if that projection is anything like his Tesla ones, feel free to add 5-10 years to that with confidence.)

This marks Fred & Farid LA's third collaboration with Fridays For Future. It follows "House on Fire" and "If You Don't Believe in Global Warming, How About Local Warming?" The hope, in this case, is that some bleak sci-fi will finally be what motivates people to action.

Tell that to Greta Thunberg.

On the other hand, if you'd like some actual sci-fi with a spin on what happens to everybody on Earth when all the Well-Heeled People leave, we recommend N.K. Jemisin's Emergency Skin. (Bonus points: Buy it at a Black-owned bookstore. Thanks to Oprah, you can find one by state.) It's short and surprisingly optimistic—so optimistic that we actually worry the most exploitative wealthyfolk will instead choose to stay, which in our minds seems increasingly likely.