An overwhelming number of reasons to panic 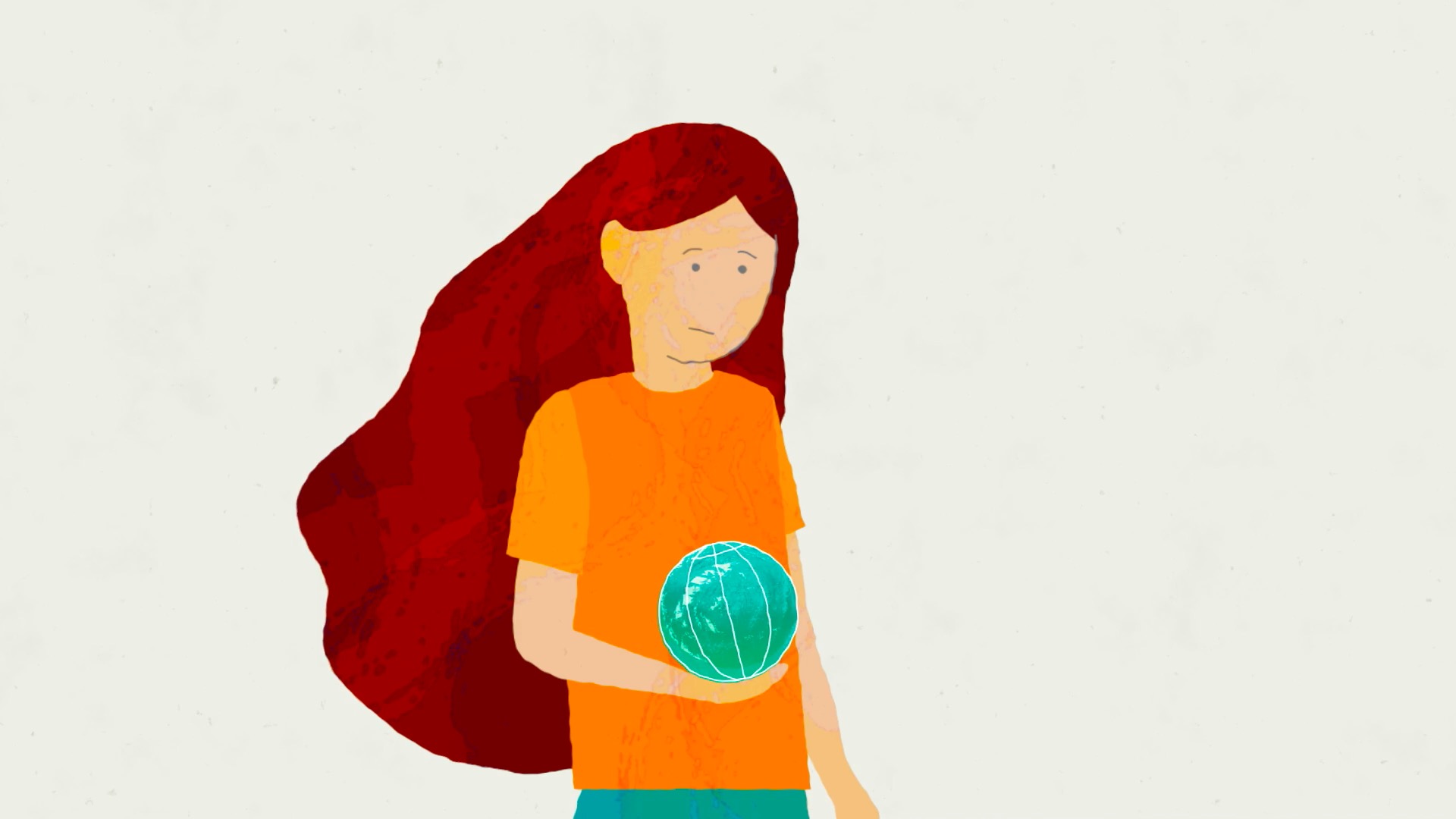 Today, Extinction Rebellion releases "Climate Crisis and Why We Should Panic," with beautiful animation from Miritte Ben Yitzchak and a voiceover by actress Keira Knightley.

Like a nature documentarian, Knightley's matter-of-fact voice, occasionally hardened with the bleakness of facts, walks us through the consequences for generations to come as a result of climate crisis inaction.

CLIMATE CRISIS and Why We Should Panic

"Our children will grow up in this devastated world," she says. "What will we say when they ask … why didn't you stop this while you still could? Our governments must enter crisis mode before it's too late."

This marks the second of a two-part explainer series. The first, "Extinction Emergency and Why We Must Act Now," was voiced by Naomie Harris and scored by Brian Eno. It focused on how the production processes that fuel runaway consumerism lead to massive biodiversity loss.

Here is that video.

EXTINCTION EMERGENCY and Why We Must Act Now

Some 60 percent of wildlife populations declined in just 50 years, we are told, and one in four assessed species are near extinction. The process is likened to a mass extinction event that happened 252 million years ago, ominously titled The Great Dying.

Both videos emphasize the importance of our governments taking the climate emergency more seriously—to make it their primary priority, though that isn't expressed in so many words.

Earlier this year, Extinction Rebellion—which focuses on triggering peaceful protest to pressure governments to change their ways—enlisted Joaquin Phoenix and Rosario Dawson in a narrative film for climate crisis awareness.

Generally speaking, we suspect it's easy for a certain type of audience—the one most likely to watch these videos—to agree with everything Extinction Rebellion, and its many celebrity cohorts, are saying. The graphics are beautiful and informative, the tone calm and committed.

"Lending my voice to the most urgent issue of our time felt like the right way for me to take a stand in the hope that we can leave a world worth living in for our children," Knightley says. "Climate change and the ecological crisis are two sides of the same problem. This animation explains the climate change aspect in a no-nonsense way—though the message is horrifying to hear."

But these days, the question we ask is how anyone who doesn't know any of this already will encounter or receive this information.

Everyone lives with their own version of the internet, algorithmically tailored to hook us emotionally, which is less tiring (and more addictive) than trying to improve ourselves all the time. Online businesses and media thrive on max click-throughs and time spent, often to the exclusion of all else, to maintain aggressive growth trajectories.

In addition to making it harder to discover information you're not already interested in, a sorry consequence of this is that we become entrenched in beliefs that, however improbable, are seductive, and no less lacking in sheer content density than more urgent truths.

We all fall victim to these effects. The Covid-19 pandemic is a stunning real-time example of how hard it can be to suss "good" information out from bad, compelling the World Health Organization to launch the first-ever conference on infodemiology. Infodemiology is the study of infodemics, the overabundance of information (accurate and not) that spreads virally (ha!) during epidemics.

As anyone who's recently argued with an "uncle who has a doctor friend" can attest, infodemics make our ability to find good information so difficult that it's near impossible to trust when encountered, or to persuade those disinclined to believe it. And in a pandemic, the wrong information can be fatal.

Cory Doctorow posits another theory about our weird intransigence in How to Destroy Surveillance Capitalism, where he looks at why the numbers of Flat-Earthers seem to be growing despite many obvious, socially accepted banalities that regularly prove them wrong—like seeing the Earth's curvature from airplanes.

"What if there's another explanation?" he wonders. "What if the trauma of living through real conspiracies all around us—conspiracies among wealthy people, their lobbyists and lawmakers to bury inconvenient facts and evidence of wrongdoing (these conspiracies are commonly known as 'corruption')—is making people vulnerable to conspiracy theories?"

In reading this, we were reminded of the fatigue so many people feel when they open their computers and see another problem they can't solve. What good is any of it when the people whose actual job is social service cannot be trusted?

As we speak, Americans' ability to vote safely and effectively in November is being compromised before our eyes, almost as if it doesn't even matter anymore whether we see it. Even Greta Thunberg—elevated to celebrity even as decision-makers ignore her increasingly vehement speeches—is getting tired.

We sprayed her with fame, and, surprisingly, it neutralized her. When activism becomes a product, it is no longer a resistance.

There is a Venn diagram doing the rounds, illustrating how structural violence manifests in different facets of Western society: patriarchy, capitalism, colonialist mentality, environmental terrorism. "Everything is connected," it reads.

We don't know who authored it. It seems to illuminate something that can be felt, but is hard to name: There is no one problem to solve, but many, and they interlock.

But we wonder if "violence" really belongs at the center of that infographic. Sometimes violence plays a critical role in culture, which would otherwise go on as it has been, bound by its own lack of inertia. Central to all the issues of systemic violence we face is, rather, the idea of superiority: men over women, our country over others, humans as somehow separate from a natural universe that we consider inert, less intelligent than ourselves.

If you can psychologically separate and elevate yourself from something, it becomes easier to justify pain and pillage. Data is useless when confronted with this entrenched belief of superiority, which both flatters and immobilizes us, depending on the context.

It is unclear how to resolve what is fundamentally a problem with the way we have structured our shared reality. Extinction Rebellion's videos suffer, at least to us, from that feeling of existential helplessness. What can we do if our governments don't listen to even the most visible and hardest-working climate crisis activists, scientists and journalists? What do we do if, ultimately, everyone resigns themselves to the importance of keeping the economy propped up, because right now it's too fragile to fundamentally change?

What can we do if our realities have changed (see examples 1, 2, 3, 4) but we're being aggressively asked to reconstitute a "normal" that feels inexorable?

It's hard to believe that making another donation is the best option. So much is reaching into our Covid-strained pockets. Would more protests help? Extinction Rebellion's next planned action is on Sept. 1 in the U.K., when that country's parliament is due to sit again.

Most people likely to be sympathetic to "Climate Crisis and Why We Should Panic" are already panicked about what's to come. What we ask isn't fair to Extinction Rebellion, which rightfully reminds us that governments themselves must be moved to cohesive action if we're to act meaningfully at scale.

Individuals are being asked to make choices between their economic survival and their values. This isn't a fair choice. It is a choice that belongs to community leaders and institutions, not parents, barbers and teachers. I suspect we long to be activated without endangering our ability to keep ourselves, and our families, safe and well.

It is hard to know if that's a reasonable desire. Maybe change, the kind we seem to require, is supposed to be uncomfortable.