FedEx Unboxes Willie Nelson in This Climate Ad by BBDO

Is sustainability always on your mind? 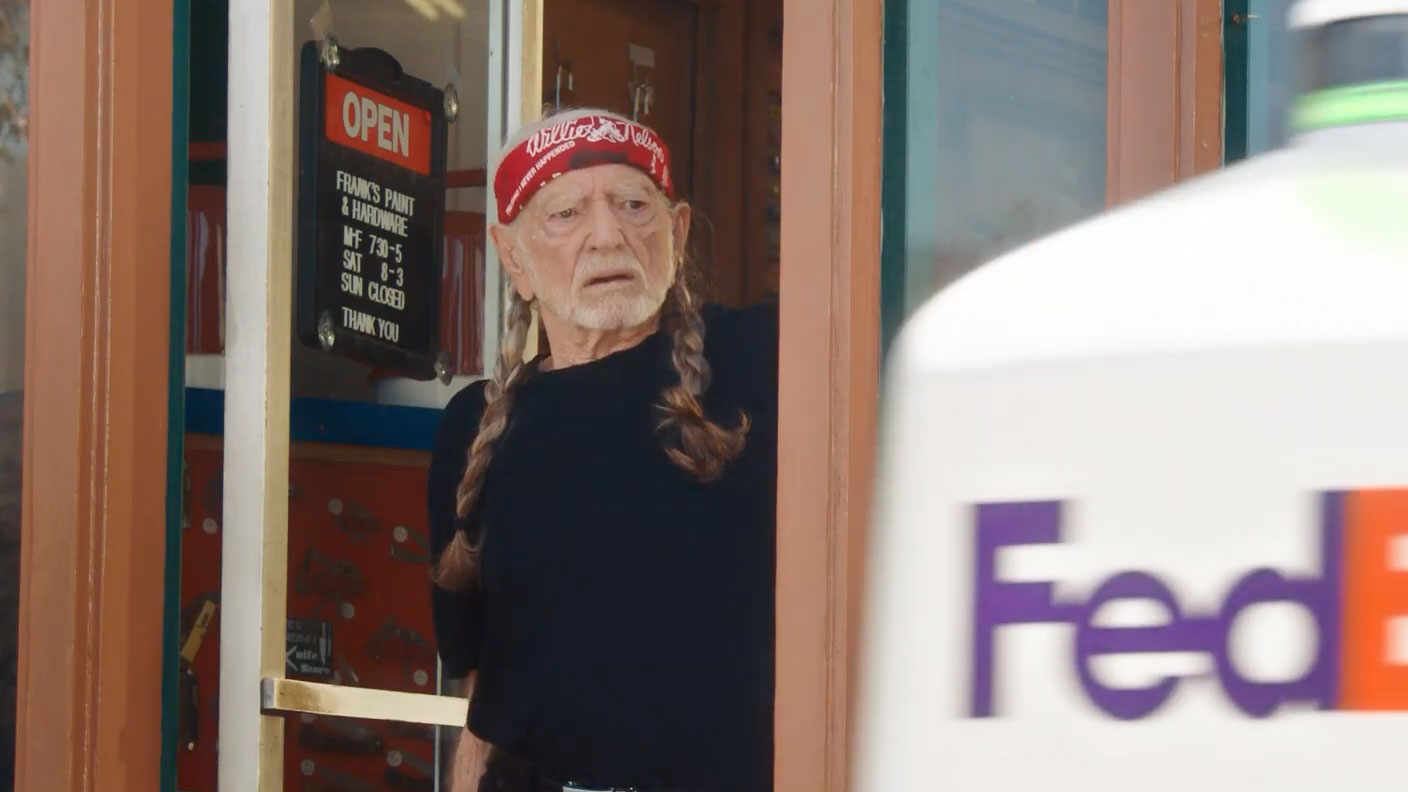 The unlikely fusion of Willie Nelson's gentle, longing track "Always on My Mind" and images of outrageously oversized delivery boxes—large enough to house trucks and planes, popping up in forests and town squares—fuels an unusual climate appeal from FedEx.

Big companies tout their sustainability goals all the time, and viewers tend to tune out. That's not true here. The alluring, slightly surreal CGI visuals draw the eye, and our ears melt as the mellow songsmith weaves his spell.

As for a Willie Nelson cameo...

...yes! That's the man himself, at the 50-second mark, watching a FedEx delivery bot roll by. It's enough to make a guy toke up again, right? Just kidding. He's clean these days. Happy 88th birthday plus one day, you laid-back legend!

"It was really cool getting to work with a celebrity talent that transcends celebrity talent. So, naturally we were thrilled when we found out he was interested in being involved this project," Greg Gerstner, BBDO senior creative director, tells Muse. "Unfortunately, due to Covid times, the creative team was unable to travel for this one, but it was a great experience all the same."

"'Always On My Mind' is a classic track that takes on a new meaning when applied to the relationship between FedEx and the planet," adds vp/creative director Banks Noel. "Featuring Willie Nelson in the spot itself just felt right given his longstanding environmental efforts."

And in case you're wondering, all FedEx packaging is recyclable, that truck's electric powered, and the company continues to work on aircraft fuel conservation as it strives for carbon neutrality.