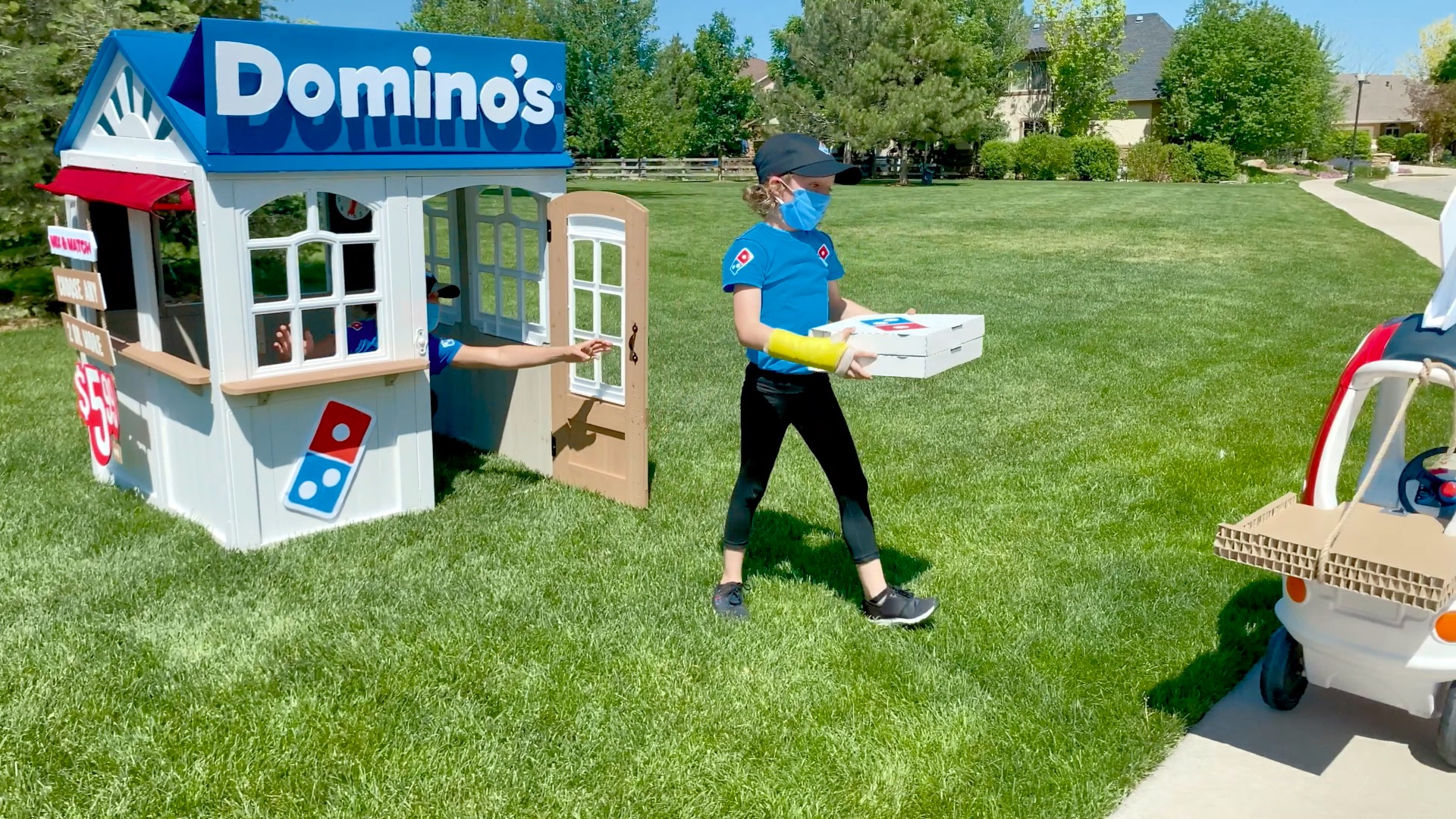 CPB creative director D'Arcy O'Neill made this fun 30-second Domino's commercial at home in Boulder, Colo., with help from his three daughters—ages 12, 10 and 7—who appear in the spot and decorated some of the props:

A small professional crew shot the commercial with an iPhone during a single day in May. The ad promotes Domino's $5.99 Mix-and-Match Meal Deals and runs on national TV through August. With so many families trapped at home for so long, the DIY approach will surely resonate.

The spot reminds us of this cute pet-care PSA director Kiran Koshy shot in his backyard a few months ago, though the Domino's commercial triples the number of daughters and substitutes Mr. Hungry Bear for Nigel the dog.

"The first spark of the idea came during early quarantine when we were trying to think of unique ways to produce work," proud papa O'Neill tells Muse. "We had done a few Zoom spots, but needed more options. In the past, I worked on projects where we filmed ourselves for various reasons, and that got me thinking of what we could pull off with limited resources."

So, O'Neill and the girls made costumes and shot some footage on his phone. "It was a great activity to break up the lockdown routine," he recalls. "The girls had fun, and the test film worked. So we started to look at how to pull this off with a little more professional approach."

After a week of prep, shooting began. "I was impressed at how quickly they got into it," O'Neill says. "There was a little nervousness, for sure, but being in their own house with a small crew they already knew helped put my girls at ease. Plus, they loved the chance to try acting and had been begging me be in a commercial. So the excitement won out."

The strangest part of the experience, he says, was that "for the first time in my career I had two responsibilities on shoot day. I needed to make sure my kids were going to have a good day—and that we were going to get the shoot done."

"I cannot act at all, and was worried I might have passed along the gene," he says. "But Dylan Cymo from CPB was great at directing, and the girls seemed to not have taken after me at all. It turned out to be a really fun experience in the middle of a very unpleasant time."

Which, come to think of it, could also describe pizza delivery during lockdown. Especially for whoever gets the last slice. (Or trade in that pie for some Popeyes.)