Domino's Says 'We're Hiring' in This Commercial Shot on Zoom

Franchisees star in spot from CPB 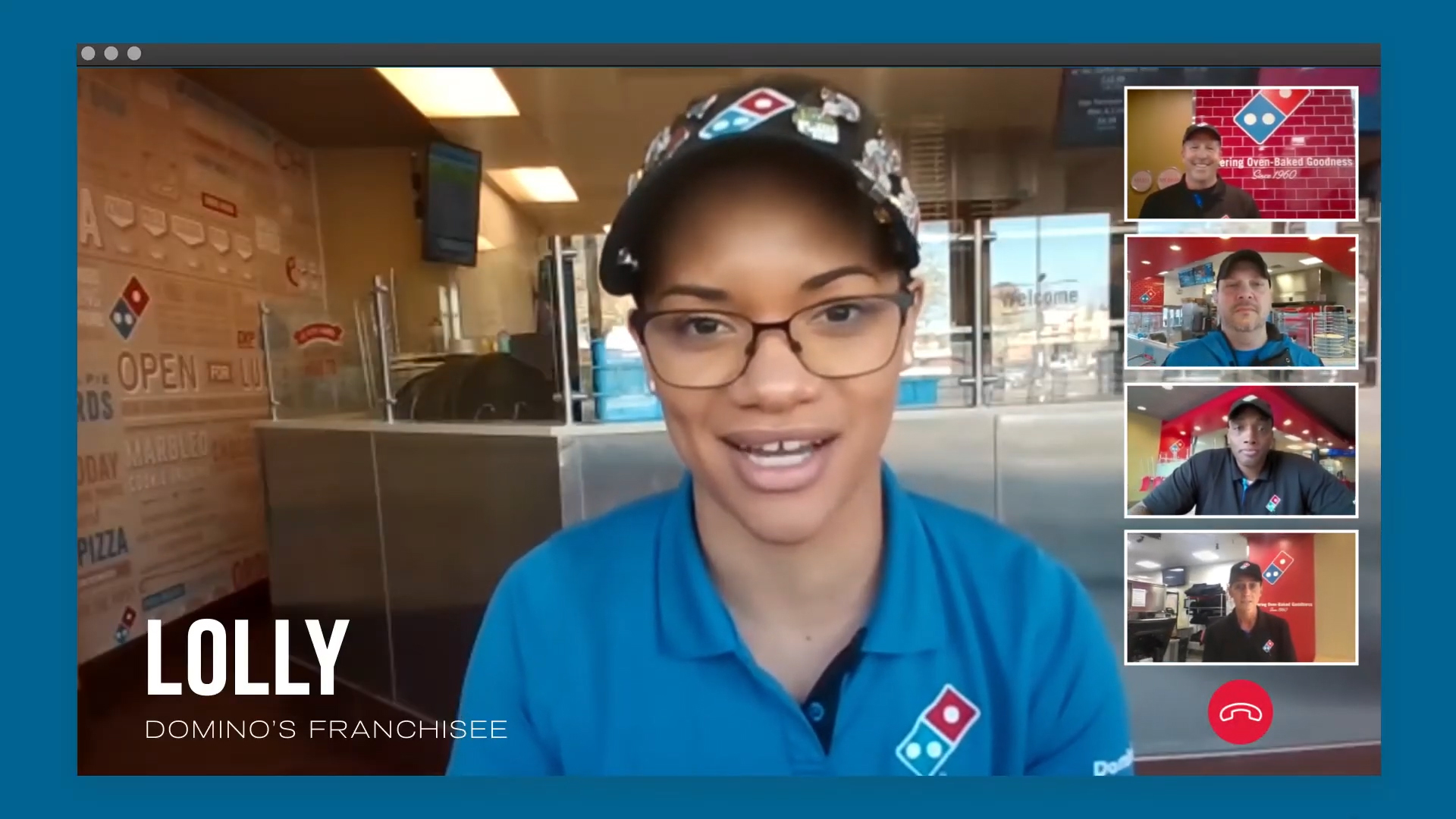 Domino's franchisees place an order order for full- and part-time workers in a new commercial shot entirely on Zoom.

Devised by CPB and shot in Domino's shops across the country, "We're Hiring" required an especially quick turnaround, going from brief to scripts to filming over the course of a single weekend:

"Making anything, quickly, while doing our part to flatten the curve, has become the new creative problem to solve," CPB associate creative director Aaron Fisher tells Muse. "Using Zoom allowed us to shoot with franchisees across the country in a matter of hours."

"Not only are Zoom calls the fastest and safest way to shoot something given social distancing, but seeing faces speaking from the heart on a screen—whether it's your family's or your co-workers—is something virtually everyone can relate to at this moment," adds Ari Levi, also an agency ACD, who co-directed the spot with Fisher.

During the calls, which took a about an hour to complete, the CPB team prompted each franchisee to read from a script, but also had them talk off-the-cuff about the current crisis.

Creative staffers, account team members and client reps participated in each call, and "we also had a text chain going between a group of us to communicate things in real time—like getting an extra take, a new line or adjusting the framing," Levi recalls. "It felt a lot like how you'd normally communicate on set between a video village and the director's monitors, only everyone was in their own homes all across the country, and the only craft services were in your kitchen."

"Zoom worked well for this," he adds. "Even the lower-resolution quality was something that everyone out there right now video chatting with friends and family can relate to. It's by no means a replacement for the immense talent and teamwork that goes into a regular production, nor will it work for everything at this crazy time. But when it can be used, it's an amazing asset."

With Zoom's suddenly ubiquitous video-conferencing software assisting millions as they WFH, it feels appropriate that the platform's big debut as an ad-hoc production studio comes in a help-wanted appeal.

In addition to filling 10,000 posts nationwide, the chain plans to donate about 10 million slices of pizza within local communities.