Evander Holyfield and FaZe Swagg show up, too 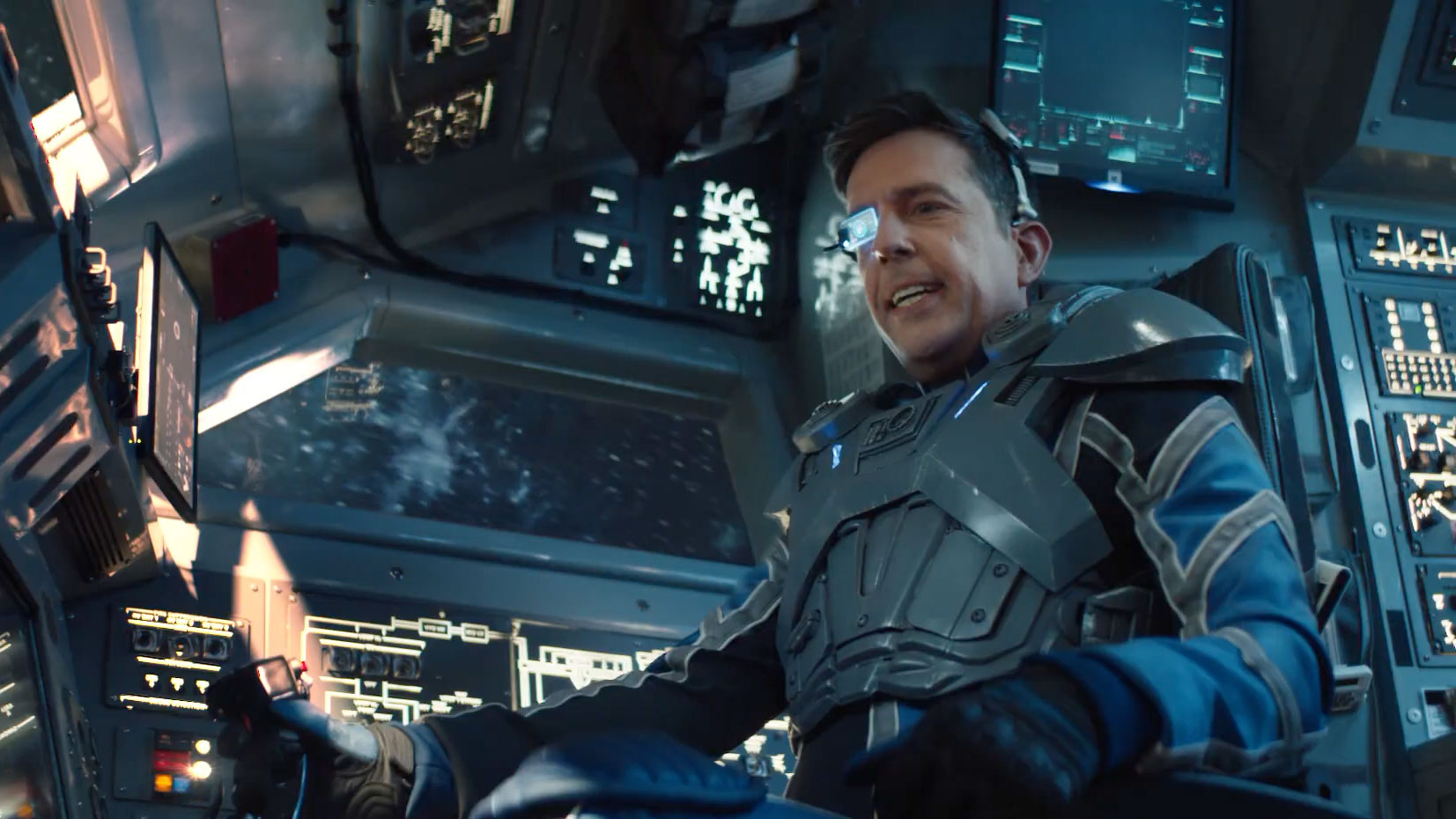 Ed Helms rocks. Even when he's not glammed-up like an '80s metal icon and wielding a fab guitar.

Was that supposed to be a Braveheart Scottish accent in the game-playing bit? Och, Eddie, yer bum's oot the windae!

Created by Goodby Silverstein & Partners, the work makes its point about Xfinity's power, speed and security with perfectly pitched humor—thanks largely to Helms. Of late, he's been rising toward that rarified pitch-king stratosphere occupied by Ryan Reynolds and Lil Nas X. Boosted here by a snappy script, canny cameos and a WiFi-powered rocket-house, Ed should keep eyes glued to screens as he supercharges the message.

"Ed Helms has historically played supporting roles where his character was frequently the source of jokes—he was 'beaten down,' if you will," Comcast SVP of brand marketing Todd Arata tells Muse. "We wanted to demonstrate how our Internet can make such a character unbeatable. Seeing him in this empowered and confident role should be fun for the audience and drive positive feelings."

So, what's up with those sidekicks?

"FaZe Clan has become one of the most popular esports and entertainment brands today," Arata says. "Their sport, along with their fans, demand fast and reliable internet. And those fans span a very wide age and demographic demo, which is a great fit for us."

And Holyfield, Arata adds, made for a knockout guardian. "We have one of the best and most complete suites of online tools to keep our customers safe across any connected screen. It's like you have your own personal bodyguard watching over you while you're surfing the web. Who better to play that role than the former undisputed heavyweight champion?"

Ultimately, though, it's Helms' show, and Arata raves about his contributions: "He delivered all his lines perfectly on the first take. He improvised and made the campaign his own. As an active participant at the writers' table, Ed made the character a unique fit with gestures, extended line and fun attitude."