"My rocket is skint."

Elton John schools Lil Nas X on British slang in one of several fresh, funny spots the musicians made for Uber Eats.

Sir Elton sits astride a coin-op kiddie rocket, while Nas rides a mechanical horsie. Their chemistry shines in this latest installment of the "Tonight I'll Be Eating" campaign from Special Group U.S./Australia and Smuggler director Guy Shelmerdine.

As the Rocket Man's missile runs down, he turns to the Old Town Road rapper for assistance.

And by "worst" accent, we mean it's absolutely the BEST! When it comes to commercials, Nas can do no wrong, as he's shown in recent outings for Taco Bell and others. Here, timeless Sir Elton proves the perfect foil. It's jolly good!

Next, the guys make fashion statements and debate whether mayonnaise goes with French fries:

Previous "Tonight I'll Be Eating" campaign entries featured a Wayne's World spot on the Super Bowl, space-shots with Patrick Stewart and Mark Hamill, and comic gymnastics from Simone Biles and Jonathan Van Ness, among others.

Those pairings were great. But Nas and Elton—who've been recording together—take the concept to new heights, with sequined star power that sparkles on-screen.

"When ideating spots for the campaign, we look for two people who have a connection that we get to uncover. Not necessarily people you would normally put together, but two people that once put together make absolute sense," Special Group executive creative director Dave Horton tells Muse. "Just seeing Elton and Nas together jumped off the page, and we knew we needed to make this happen."

"When we approached them, we found out they were working together on a song for Lil Nas X's album," he adds. "Anytime there is a real-world connection, the energy is already there, and you can bring it to life. This energy is the same thing we saw with Patrick Stewart and Mark Hamill. They weren't necessarily friends, but they had this relationship in culture that existed for years."

Horton continues: "We love tapping into fan culture, harnessing the energy of subcultures, and paying homage to them with Easter eggs that we know they'll appreciate."

To wit, Nas tries on Elton's vintage Crocodile Rock regalia, with EJ modeling one of the rapper's pink cowboy suits.

"It was amazing to see them together on the set," recalls Matthew Woodhams-Roberts, also an ECD at Special Group. "They had a respect and fondness for each other. They were playing off each other, which made the whole shoot so much easier."

"Sadly, no medley was performed," says Horton. "At one point, however, Elton did start to play the piano, and for 10 minutes the whole crew stopped working and just watched. That was a pretty special moment for everyone working on this project."

This is super stuff, a celebration of music and pop sensibilities spanning generations, and laser-focused through marketing's glitzy prism. These spots made this cynical scribe feel slightly better about the human condition (no mean feat!) while boosting Uber Eats with positive vibes.

I think it's gonna be a long, long time until ads packing this much fun touch down again. Not until the next Elton-Nas team-up, at any rate. Surely one's in the works?

"You'll have to wait to find out," Woodhams-Roberts teases. "That's the beauty of this campaign. So many people now look forward to the match-ups and even provide their recommendations on which celebrities would make a great duo." 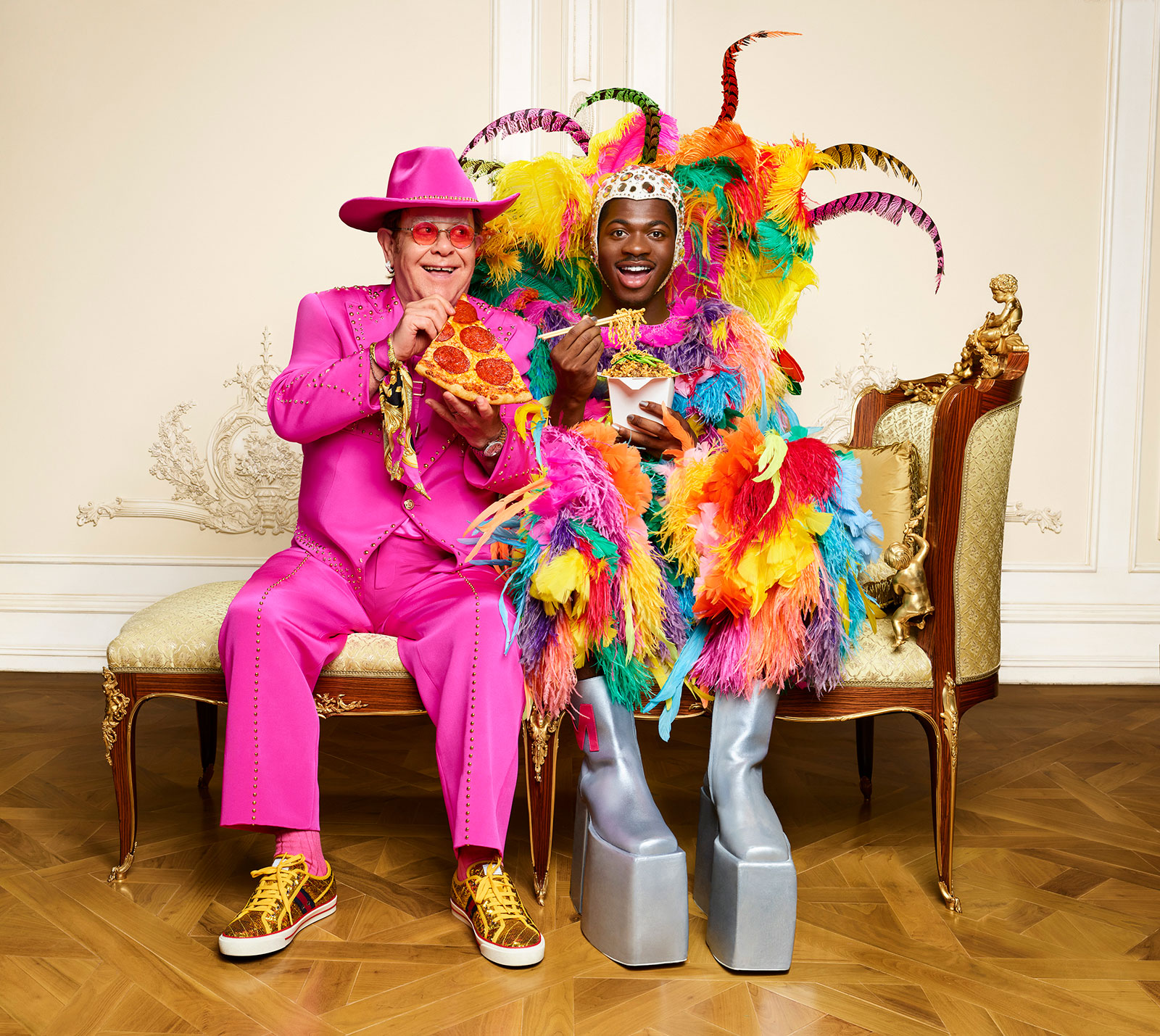 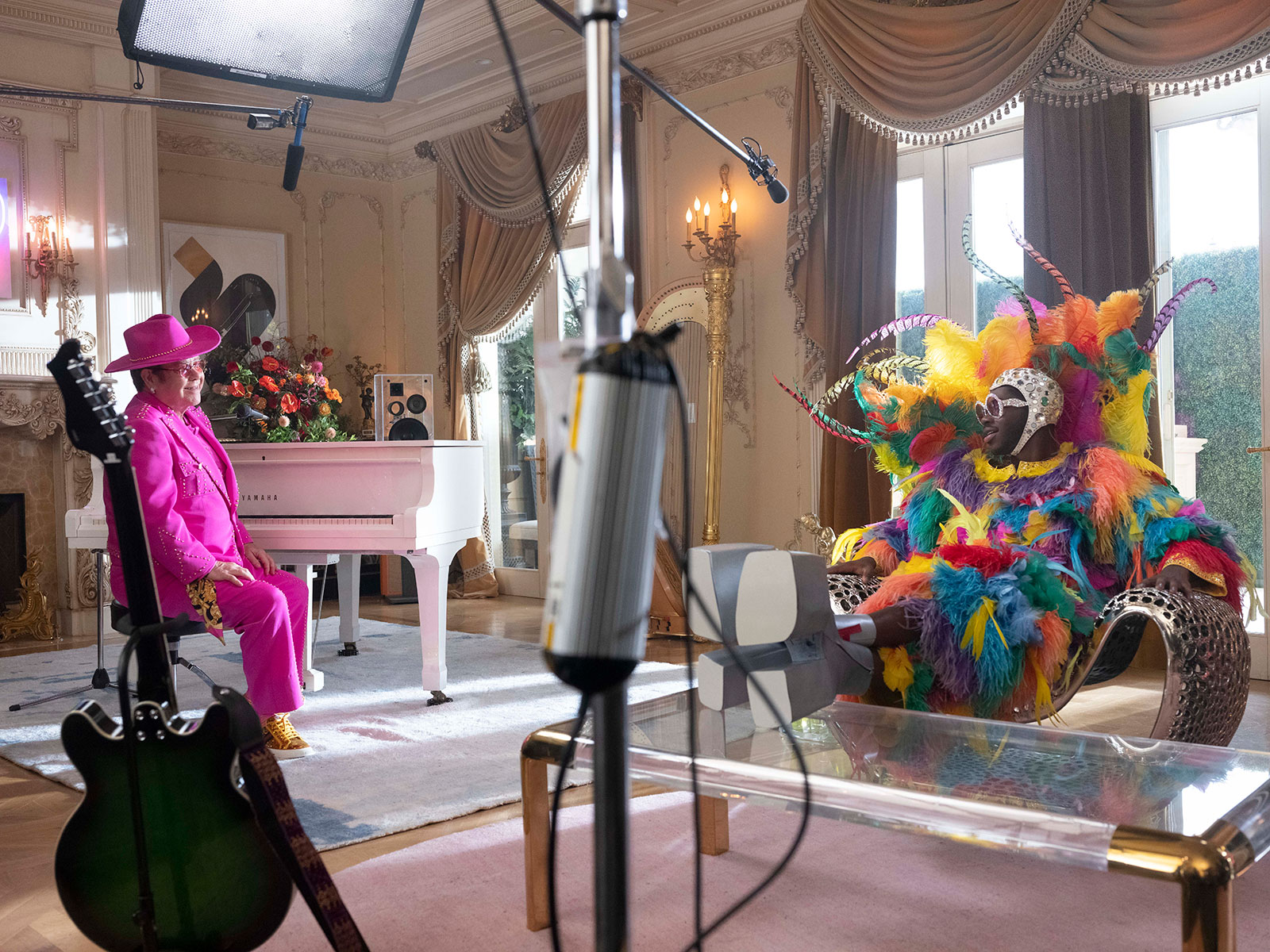 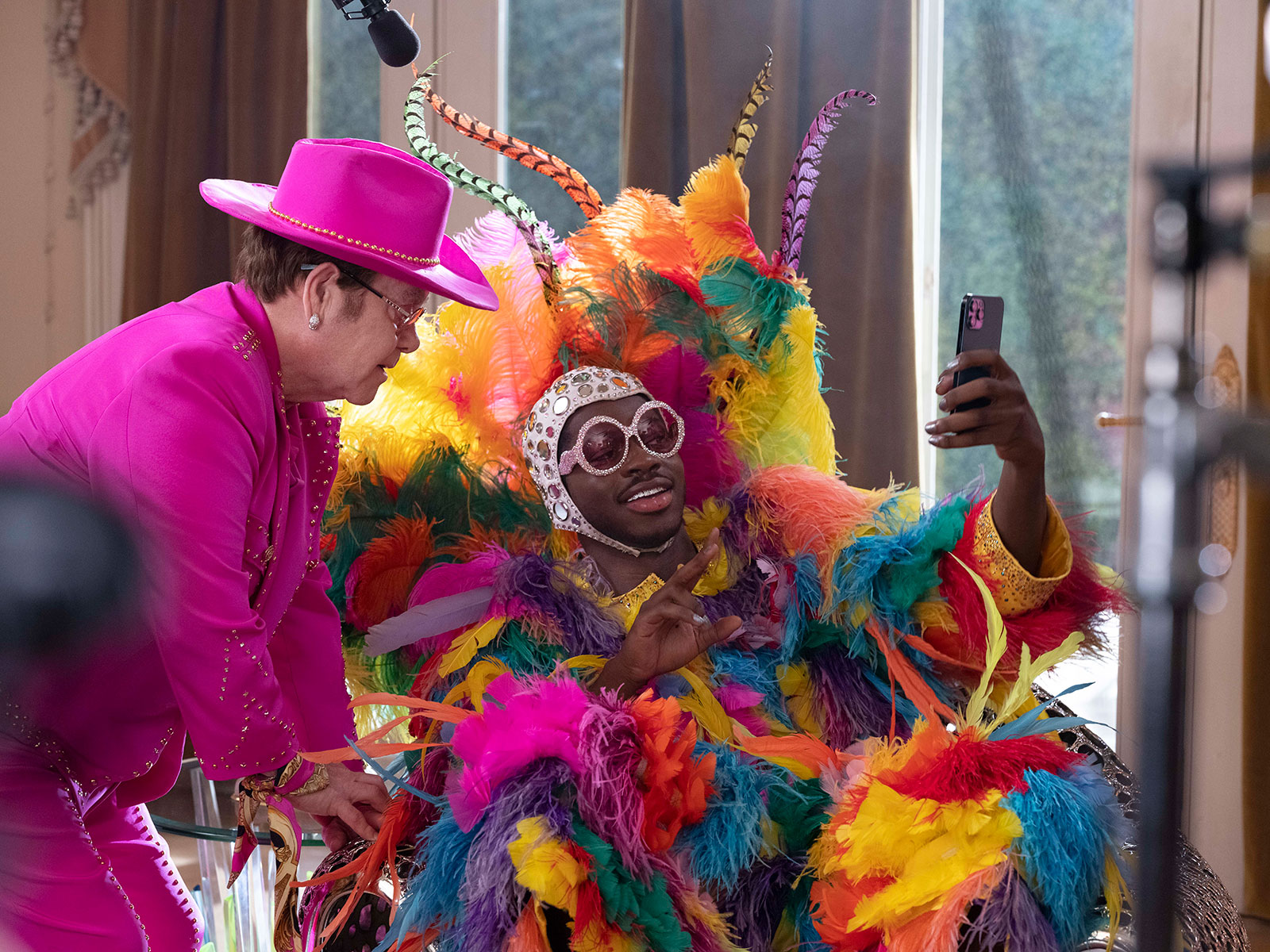