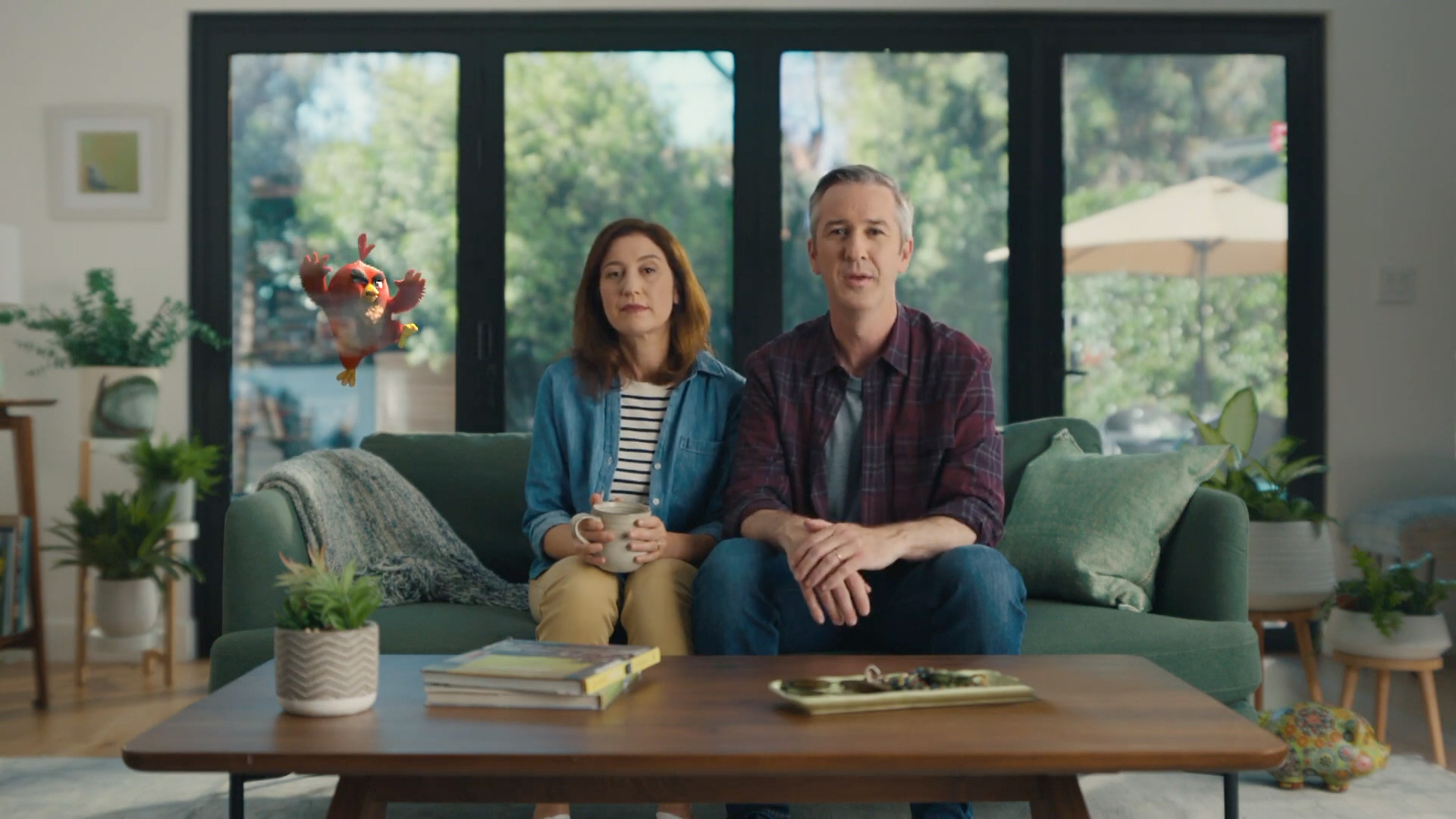 Naturally, the homeowners are miffed, as the avian avatars rattle windows and smash flowerpots to smithereens.

"At least Geico makes bundling our home and car insurance easy," the husband says amid the onslaught. "We save a lot," his wife adds, as foul feathered fiends bounce off the aluminum siding and shatter a feeder on the patio.

Still, having Angry Birds outside beats living with a wild Animal inside, per Geico's last pop-culture crossover, starring the mangy Muppets drummer as an unwelcome houseguest.

O Positive's Brian Billow directed that spot, the brand-new birdie bombardment, and this winner from May with Yogi and Boo Boo Bear crashing a cookout.

In each ad, the humor hits home. As the birds do here, repeatedly, battering the place with their trademark wrath. The crew shot baseballs at the facade during filming, allowing the actors to react naturally as the thumps and bangs reverberate.

One of Geico's biggest hits dropped in January, with '90s rap duo Tag Team remaking "Whoomp! (There It Is)" as an ode to ice cream. That effort went viral, and a branded frozen-dessert product rolled out in September.

"When we think of character appearances, we look for cultural icons that are unexpected, but instantly recognizable," Martin Agency creative director Kim Ngyuen tells Muse. "Geico ads are usually grounded, but with a surprising, entertaining twist. We ask ourselves, 'Does it make sense that this character would be here?' And if the answer is 'Well, actually ... yes,' then we're on the right track."

"We, as homeowners, started listing things that have gone wrong with our houses since we bought them," Ngyuen says. "Birds flying into windows is a real problem. It's startling. Once we landed on birds smashing into a house, we knew Angry Birds was a perfect fit."