They're still smarter than the av-er-age bears 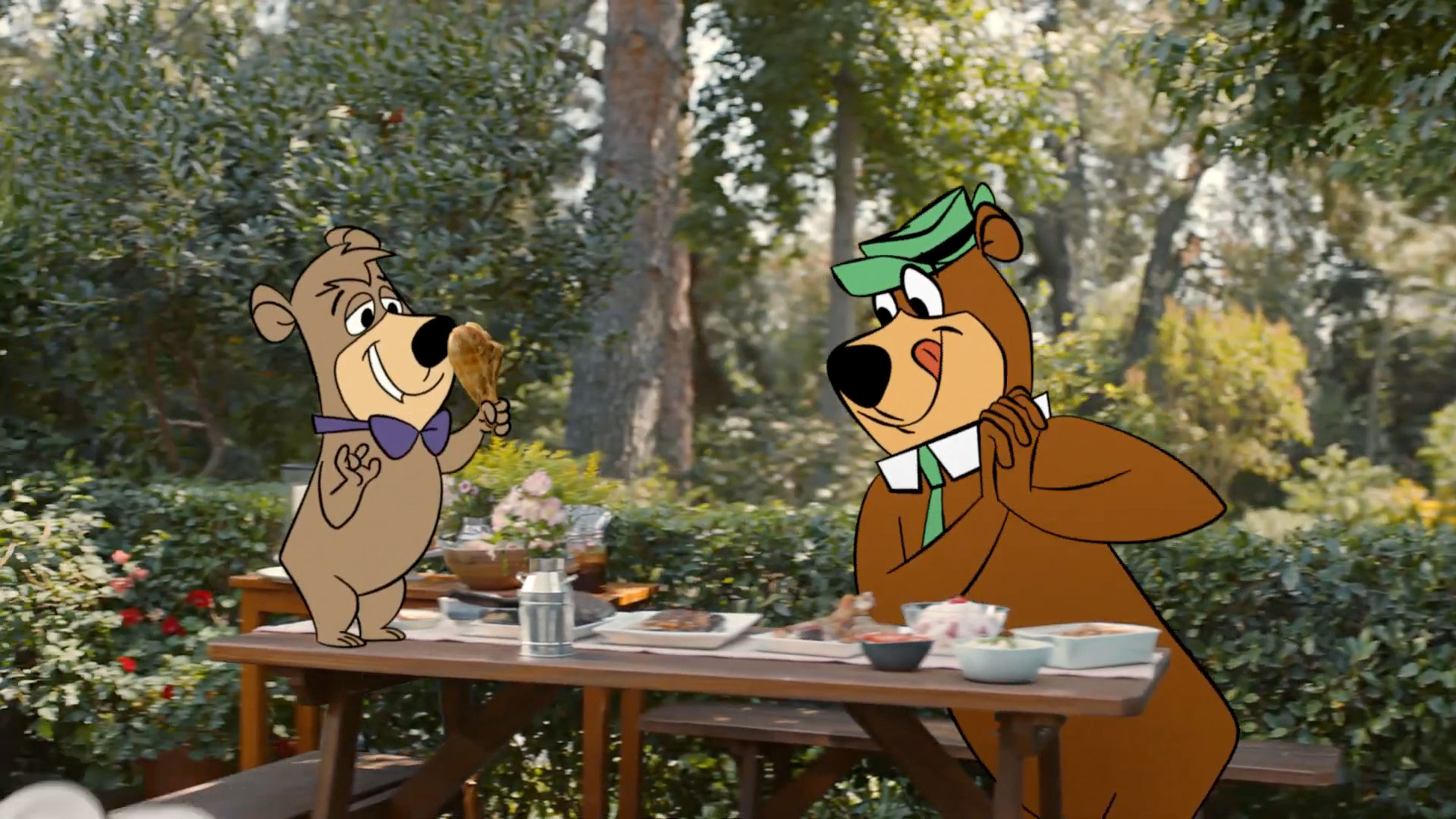 The shaggy pair make quick work of corn on the cob, grilled chicken and T-bone steaks, then grab a piping-hot cobbler to go.

The Martin Agency based the ursine spot—which touts bundling home and car insurance—on the insight that folks who live in wooded or mountainous areas often have problems with wildlife searching for food. So, casting Yogi and Boo-Boo for an ad set in bear country felt like a natural fit.

"We've seen time and time again that when we spotlight characters, celebrities or musical artists in unexpected ways, the work simply gets talked about and amplified more in social," senior writer Ken Marcus tells Muse. "This helps bring more attention to our core messaging and our clients' brands."

Tapping into culture seems apt for Geico, given the iconic status of the insurer's own campaigns. A few months back, the company introduced a new generation to Tag Team's Clinton-era ear-worm "Whoomp! (There It Is)," while its 2019 commercial with John Stamos left many in stitches. Past Geico pitch-toons include Casper the Friendly Ghost, Dora the Explorer and Rocky and Bullwinkle.

Martin believes Yogi and Boo-Boo—introduced by iconic animators Hanna-Barbera in 1958—will strike a chord with viewers of a certain age.

"The homeowner audience skews slightly older," Marcus says, "so they can appreciate seeing these beloved Warner Brothers characters they grew up with, now in a new light."