Plus, his favorite sports shows, podcasts, movies and more 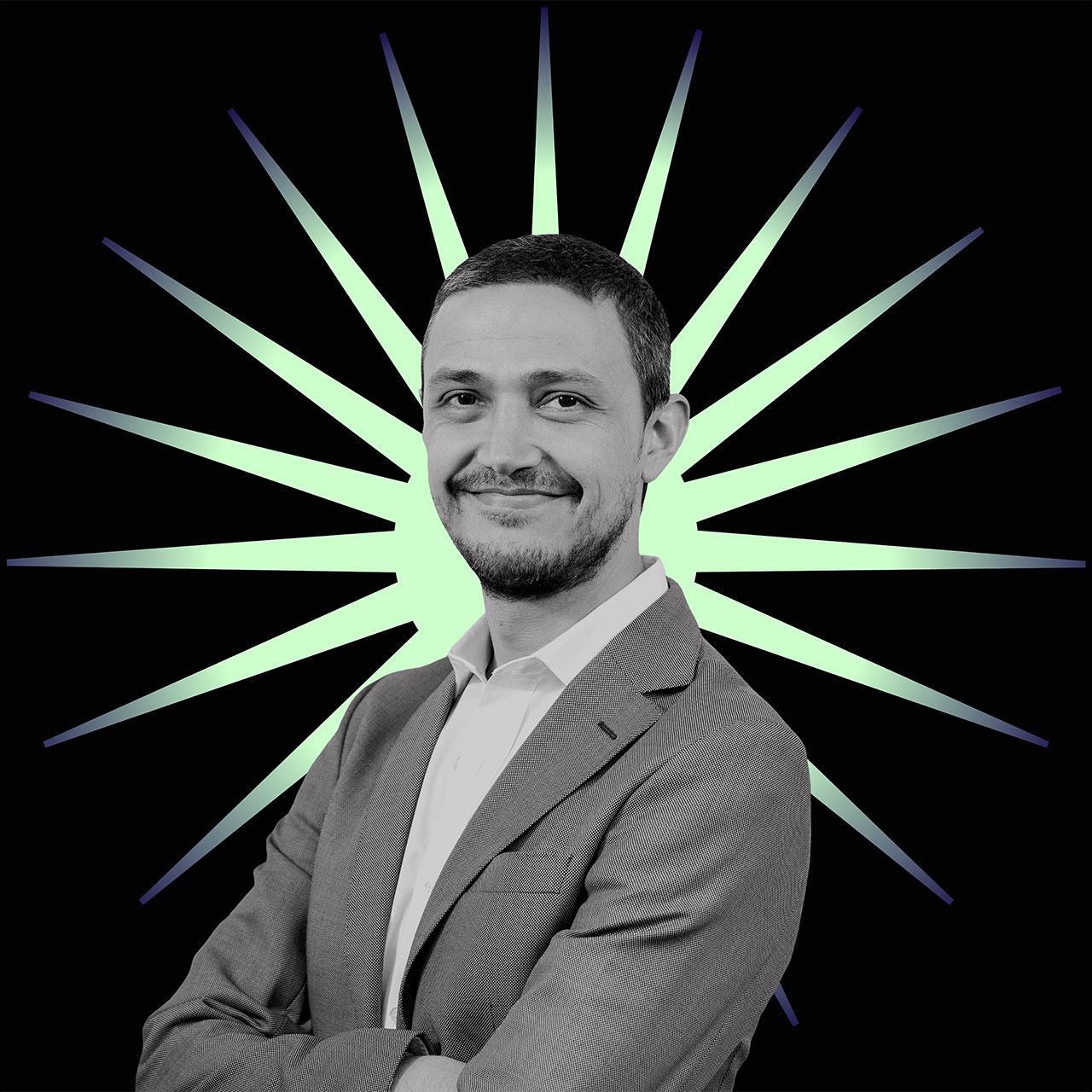 Boris Gartner is CEO of LaLiga North America, a joint venture between LaLiga, Spain's top-flight soccer league, and Relevent Sports, the premier soccer events and media business in North America and Asia. LaLiga North America was founded in 2018 as a first-of-its-kind partnership that aims to cultivate soccer culture in the U.S. and Canada and drive the league's growth in the region.

Previously, Boris served as COO for Grupo Televisa's Content Division, the largest Spanish-language content producer in the world. Before that, he was part of the founding team that launched Fusion Media, a joint venture between Univision and Disney/ABC, most recently serving as its COO.

We spoke to Boris for our Time-Out series, where we chat with folks in the sports world about their favorite athletes, teams, sports movies and shows, and their love of sports generally.

My earliest and probably the most emotional sports memory is the 1990 FIFA World Cup in Italy. I was born and raised in Bogota, Colombia, and there, you learn to live through fútbol.

Colombia had qualified for the World Cup after a 28-year absence, and the country was bursting with excitement and hope. The 1990 national team had iconic heroes like "El Pibe" Valderrama, Freddy Rincon and Rene Higuita.

Colombia was in a group that included Yugoslavia, the United Arab Emirates and West Germany (who eventually went on to win the World Cup title, beating Argentina). With all the hope and excitement, Colombia won their first game against the UAE 2-0, lost the second game against Yugoslavia 0-1, and went on to play against West Germany for the chance to go through to the knockout stage. The powerful West Germany had Lothar Matthaus, Jurgen Klinsmann and Andreas Brehme, and Colombia's odds were not good. A tie would be enough to send Colombia to the Round of 16 for the first time ever.

With two minutes left on the clock, the game was tied 0-0 and we could see the dream getting closer. West Germany had scored a combined nine goals in its previous two games, so this was already a big feat for the Colombian team. In the 88th minute, an error in the Colombian defense gave West Germany the lead, and it felt as if the whole country had stopped breathing. But in stoppage time and with just seconds left on the clock, Valderrama crafted an incredible pass that left Rincon alone in front of the goalkeeper. He shot the ball between the keeper's legs to put it in the back of the net.

Colombia went on to play Cameroon, who had finished first in their group after beating then current champions Argentina 1-0 and Romania 2-1. The game was hard fought, and after a 0-0 tie during regular time, in the 106th minute Cameroon scored, followed by a second goal, again from Roger Milla, in the 108th minute, after Colombia's goalkeeper Higuita made his trademark attempt to dribble up-field. The game ended 2-1, and Colombia were sent back home.

I was shocked by the rollercoaster of joy and sorrow that World Cup gave me in a just five days, but the experience had also made me fall completely in love with the game. This clip is worth watching to hear the announcers going crazy in Spanish:

Bonus: The kit they wore was a thing of beauty. 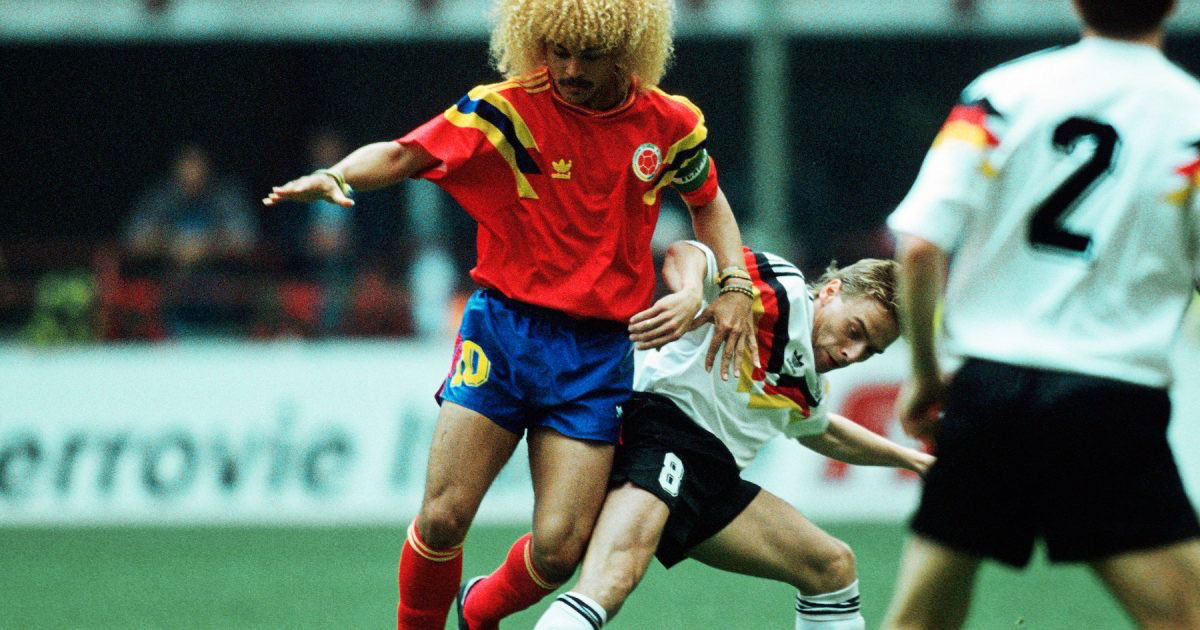 Across all sports there have been teams that have defined eras, but probably none more than Real Madrid's team from 2001-2003 featuring "the Galácticos," Raul, Figo, Zidane, Ronaldo and Beckham. It was not just what they won, but how they won and how that team redefined Spanish football and Real Madrid globally. You can love them or hate them, but that level of talent on the same team is something that hasn't been replicated.

Athletes that are more than just athletes. Some have lived many lives in a lifetime, venturing beyond sports into activism, business or political endeavors either after their athletic career or, even more impressively, during it. LeBron James, The Rock, David Beckham, Kevin Johnson and Arnold Schwarzenegger are a few examples that come to mind.

Podcasts: The Bill Simmons Podcast, Men in Blazers, 30 for 30 Podcasts and We Came to Win. They are the perfect mix to get all your weekly news updates and are great examples of excellent storytelling.

Shows: Amazon's All or Nothing series, Sunderland 'Til I Die, Take Us Home.

There are two documentaries from Asif Kapadia that stand out to me: Senna (2010) and Diego Maradona (2019). These athletes' impact in global sports is well known, but the films really made me understand and appreciate their personal journeys. Born in the same year, 1960, in the neighboring (and often rival) countries of Argentina and Brazil, these two local heroes from completely different backgrounds became global prodigies and redefined an era in two very different sports. I'm really hoping Asif's next film is on Ronaldo Nazário "O Fenomeno"…

Back in April we partnered with Uninterrupted and the Women's International Champions Cup on a two-day FIFA 20 tournament that we dubbed Kick Covid. We brought together NBA, NFL and USWNT/NWSL stars alongside LaLiga players, including DeAndre Hopkins, John Collins, former NFL receiver Chad Johnson, Álvaro Morata, Alexander Isak, Allie Long and Pau Torres.

This was the first esports tournament where current, top-tier European and American female and male athletes competed against each other in FIFA. Over the course of the two-day virtual event, the Kick Covid tournament reached 30 million people across multiple online platforms and was aired on TV by 50 of LaLiga's broadcasters in 90+ countries.

The tournament was a model of inclusion, featuring both female and male athletes with different native languages from all over the world. The tournament culminated in USWNT star Allie Long and her teammate, Real Sociedad's Alexander Isak (LaLiga), winning the championship. Long's interviews and dominant play throughout the tournament sent a message of female empowerment to the sports community, where esports tournaments have predominantly featured single gender players from one respective league.

WE IN THE FINALS BABY. https://t.co/aWw1YLfU6B

I'm a big fan of the work Twitter Sports and TJ Adeshola are doing. The creativity they put into their projects and their ability to leverage Twitter in so many different ways to amplify and support their partners is impressive. They also showcase a genuine interest and push to support and improve diversity and inclusion. Fostering a creative environment that continuously produces high-quality work in a large company is very tough, so every time I see one of their projects come out and make an impact, I know how much work went into it.

The work they did with the NBA to bring fans closer to the bubble with the Courtside Seats -> Courtside Tweets concept was a simple way to make fans feel closer to the game after a long wait.

I was also very impressed with how the NWSL pulled together the NWSL Challenge Cup. They were the first professional sport in the U.S. to resume after Covid-19 hit, and not only did they to run a successful tournament, but there were many memorable matches with top-level, high-quality play that had the whole country watching. The tournament broke viewership records and had more than 650,000 people tune in for the final.

There's a great quote from the former Argentinian soccer player and World Cup winner Jorge Valdano: "Of the least important things in life, soccer is the most important." I think this is actually reflective of all sports. It's not just about the game or the competition, but the cultural and social role sports play. The push to restart sports in the current pandemic environment is not only about the games or the business, is also about the message, influence and hope that they bring to society.

I don't know. But I do know what I wouldn't be doing: Sitting behind a computer from 9 to 5. I get bored very quickly. I would be finding problems to solve somewhere else.