On the heels of the most difficult year in recent memory, advertisers mostly offered a respite from Covid worries and political and social division through humor and celebrity gags in Sunday's Super Bowl ads—with the notable exception of Jeep, which addressed the country's polarization head on in typically grand style.

On a night when the game couldn't have been a bigger snoozefest, which of the commercials stepped up with some much-needed entertainment? Check out our take on more than 50 of the night's spots.

As it was in last year's game, celebrity-driven comedy was the most common tactic of the night. And perhaps not surprisingly, very few of these comedic spots even referenced the pandemic or polarization at all.

The closest we got was a Karen joke from M&M's, which landed well. And in fact, the whole BBDO New York spot was one of our favorites of the night. Airing in the very first commercial pod of the night, it deftly mixed weird scenarios with comical one-liners and also had a welcome cameo from Dan Levy, the breakout Schitt's Creek star (who had a big weekend after hosting Saturday Night Live the previous night). The spot had a breezy Super Bowl feel with perfect timing, and it's always great to see Levy, whose presence is magnetic and also embodies inclusion.

Bud Light Seltzer Lemonade was the other brand to directly reference Covid, with a spot (from Wieden + Kennedy NY) that didn't feature celebs—but did include a plague of lemons. As silly Super Bowl spectacle, it went over well enough.

On a night with fewer auto advertisers (mainstays like Kia and Hyundai took a pass this year), Cadillac and General Motors both scored with their own celebrity comedies.

The Edgar Scissorhands spot from Cadillac (via Leo Burnett), with Timothée Chalamet and Winona Ryder, took a page from Jeep's Groundhog Day spot last year—offering an amusing update of a classic '90s movie. Chalamet's appearance was nice and unexpected, and if the product tie-in was a bit of a stretch, the gag paid off.

Ferrell, meanwhile, can do no wrong in car ads (his Ron Burgundy spots for Dodge are an old favorite). He teamed up nicely with Kenan Thompson and Awkwafina for General Motors (via McCann Detroit), faux-hating on Norway for leading in per-capita adoption of electric vehicles. Yes, it was formulaic, but when you get the formula right, it can be delightful. It also felt like the right timing and the right stage for pushing EV vehicles, as we turn the page to a more eco-friendly administration in the U.S.

Michael B. Jordan helped Amazon to another strong showing, which has become an annual tradition. The Lucky Generals spot mixed sexy and funny, to great effect, in Jordan's first appearance in a Super Bowl spot. The only shame was that it aired so late in the fourth quarter—a slot that can add drama when the game is close, but surely had people's attention waning last night.

Uber Eats (via agency Special Group) brought back Wayne and Garth from Wayne's World and threw in Cardi B for its latest amusing celebrity pairing. This campaign has been excellent since it launched, and between Wayne and Garth and Beavis & Butt-Head from the Paramount+ promos, it was an unexpectedly strong night for early-'90s comedy buddies.

DoorDash and Tide also brought lighthearted fun to the proceedings with two of the more enjoyable spots of the evening. DoorDash's spot (via The Martin Agency) featured a compelling pairing of Daveed Diggs and Sesame Street, while Tide scored with sight gags (via Woven Collaborative) featuring a Jason Alexander sweatshirt whose face morphs while suffering various indignities.

Elsewhere, State Farm (via The Marketing Arm) gave us Drake from State Farm, an amusing-enough pun executed in standard Super Bowl style. Rocket Mortgage and Tracy Morgan (via Highdive), meanwhile, went waaay over the top with their two :60s, based around the phrase "Certain is better" and dramatizing its opposite with manic slapstick humor that at times got very darrrk.

Verizon's gaming spot (via McCann) with an avatar Samuel L. Jackson exhorting his fellow virtual characters to use 5G was suitably grand though less than breakthrough. And Mountain Dew tried something different (via TBWA\Chiat\Day NY) with a contest offering $1 million to the first person to properly count the number of bottles in its spot and tweet the answer at the brand—a stunt that seemed to get huge engagement right out of the gate.

Also going big with celebs were Squarespace, with Dolly Parton reworking her song "9 to 5" as "5 to 9" to honor after-hours entrepreneurs (though she didn't appear in the ad itself); T-Mobile, whose pair of busy :60s featured Gwen Stefani, Blake Shelton and Adam Levine, as well as Anthony Anderson and Travis Kelce; and Cheetos and Doritos, which leaned on the charms of Mila Kunis/Ashton Kutcher and Matthew McConaughey, respectively, though to limited effect.

Bud Light threw a host of old spokescharacters into a spot that felt like a bit of a jumble, as did Michelob Ultra's spot with celebrity doppelgängers. Other celeb spots that got a bit lost in the shuffle included DexCom (with Nick Jonas); Hellmann's (with Amy Schumer); Jimmy John's (with Brad Garrett), Klarna (with Maya Rudolph), Scotts (with a random assortment of actors and athletes, plus Martha Stewart); and Skechers (with Tony Romo and his wife).

There were a few non-celebrity comedies as well. Kudos to Fiverr (and Publicis New York) for going with a Four Seasons Total Landscaping theme, though the message didn't feel quite clear enough. Meanwhile, a host of other spots—Dr. Squatch, E*Trade, Pringles, TurboTax and Vroom—didn't feel like they connected.

There were some more heartfelt and inspiring commercials, too. Among these, Toyota and Anheuser-Busch rolled out two of the more notable spots of the night.

Toyota's :60 was a beautifully crafted story from Saatchi & Saatchi about Paralympian Jessica Long. The automaker has been celebrating Paralympians for a while, but this spot was visually very fresh and truly emotional.

Anheuser-Busch and W+K NY, meanwhile, offered up a lovely meditation on human connections, so often made over a beer, and so missed during Covid. In many ways it was the uplifting companion piece to the goofy Bud Light Seltzer Lemonade spot, and while we missed the Clydesdales, the approach was certain on brand for A-B, given all the emotional and financial support the company has offered to folks during Covid. The execution, too, was all but flawless.

The NFL aired two inspiring spots of its own from 72andSunny. One aired in an extended format during pregame, and in a shorter version in-game, and featured a digitally resurrected Vince Lombardi talking about resilience. It was well made and, like last year, took a refreshing approach to the pregame format. The other spot was a more generic though still welcome meditation on eradicating systemic racism—the only real reference of the night to the BLM events of last summer.

NFL | As One
NFL | Inspire Change

72andSunny's other spot on the game, for Indeed, the jobs site, certainly tugged at the heartstrings as well, in a way that felt timely. Shout-out to Huggies and Droga5, too, for their adorable spot featuring babies born earlier in the day on Sunday.

Other generally well-received uplifting efforts included Michelob Ultra's celebrity-filled spot, weighing the causality of happiness and success, as well as Logitech's celebration of creativity, which was formulaic but still welcome for its energy and diversity.

Less effective, for us, were the spots from Guaranteed Rate, which fell flat; the Bass Pro Shops/Cabela's commercial, which had a nice message but suffered from a similar sameness; Chipotle, whose spot also had a worthy message but lacked the creativity this brand once reveled in; the Dawn/Swiffer and Microban 24 spots, which lacked that typical P&G spark; Mercari's spot from Rain the Growth, which felt like a throwaway; Robinhood, which felt ill timed and stock-y; and Weathertech, which brought its usual message of patriotism but again failed to break through.

And then there were two big outliers: Oatly and Jeep.

What to say about Oatly, really? Its 30-second spot, featuring 2014 footage of the company's CEO singing a song called "Wow No Cow" that he wrote himself, will go down as one of the WTF moments of Super Bowl advertising. While we're always up for something different, this felt cringey and indulgent—the kind of ad that leaves an uncomfortable silence in the room—and not commensurate to the Super Bowl stage. (We're also not embedding the video here—it's been banned in Sweden for using the line "It's like milk, but made for humans," and the brand is not posting it online.) 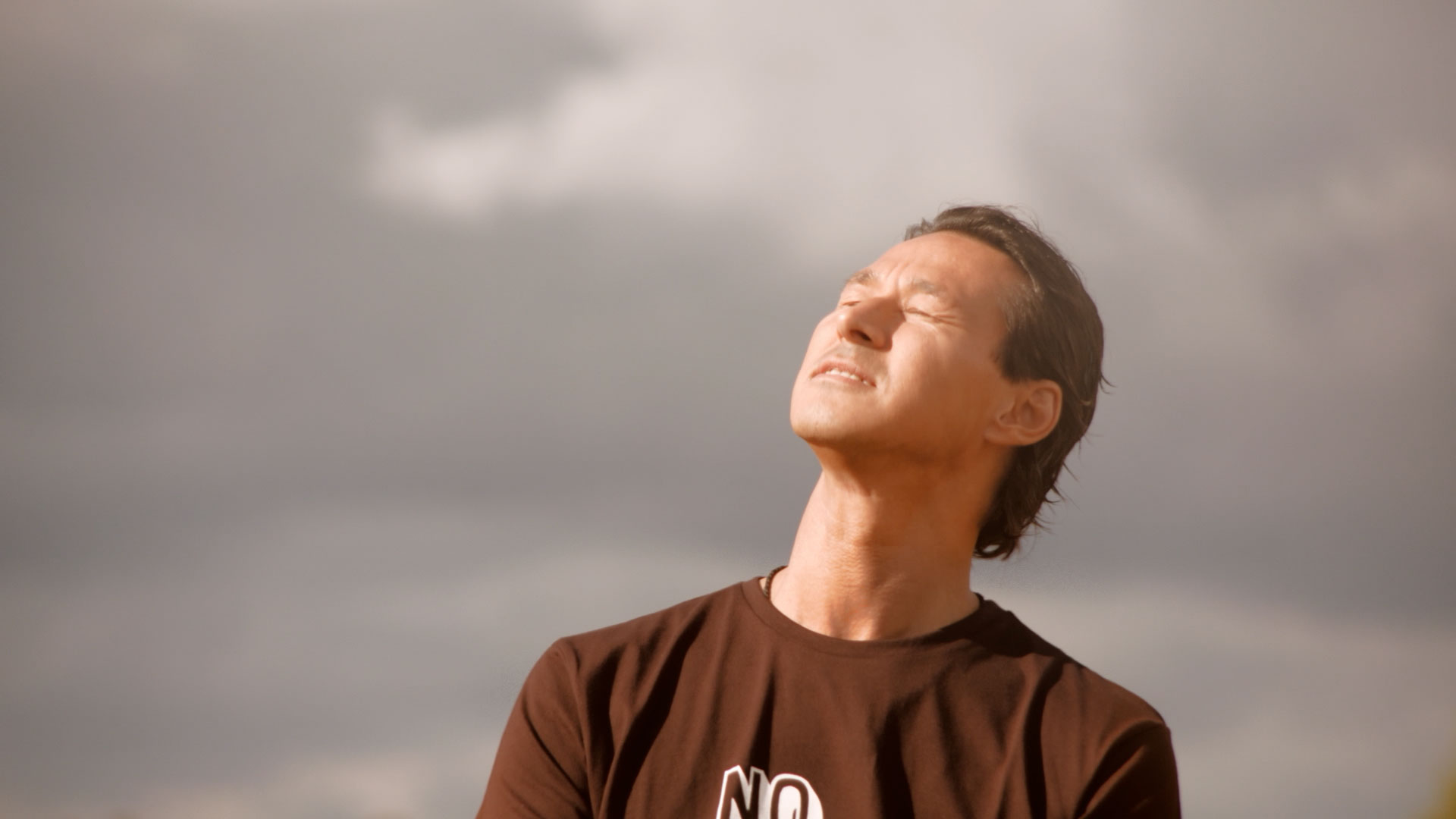 The other big departure of the night was also the evening's longest commercial—Jeep's two-minute epic from Doner featuring Bruce Springsteen calling for unity in a divided America.

It was a beautiful made, buzzy, Super Bowl-worthy production from Stellantic (formerly Fiat Chrysler)—a company that's long specialized in them (see "Born of Fire," "Halftime in America," "Farmer," "Portraits," "Groundhog Day," etc..) And we did appreciate the boldness of an advertiser willing to broach the subject of our country's biggest problems head on.

And yet, we were conflicted about the work. Despite Springsteen's own beliefs and intentions, the spot's old-fashioned cowboy aesthetic—white, red-state, explicitly Christian—felt at odds with its message. The rocker's own history of not doing ads on principle also undermined the message about maintaining one's integrity. And the concept of unity itself is problematic at the moment; it feels like a cop-out and a misdirect—it's no longer halftime in America, if it ever was—and the notion of a brand helping to solve our polarization felt naive. (Though who knows—it may well go on to sell plenty of Jeeps the heartland.)

We want to give a final shout-out to CBS and Droga5 for their four Paramount+ spots that aired. Network promos during the Super Bowl are so often perfunctory, but this series was genuinely amusing and Super Bowl worthy. We (in particular, our kids) could have done without the relentless Clarice promos, though.

What did you think of the ads? Reach out to us on Twitter at @MusebyClio and let us know. And see all the full spots that aired on the game here.