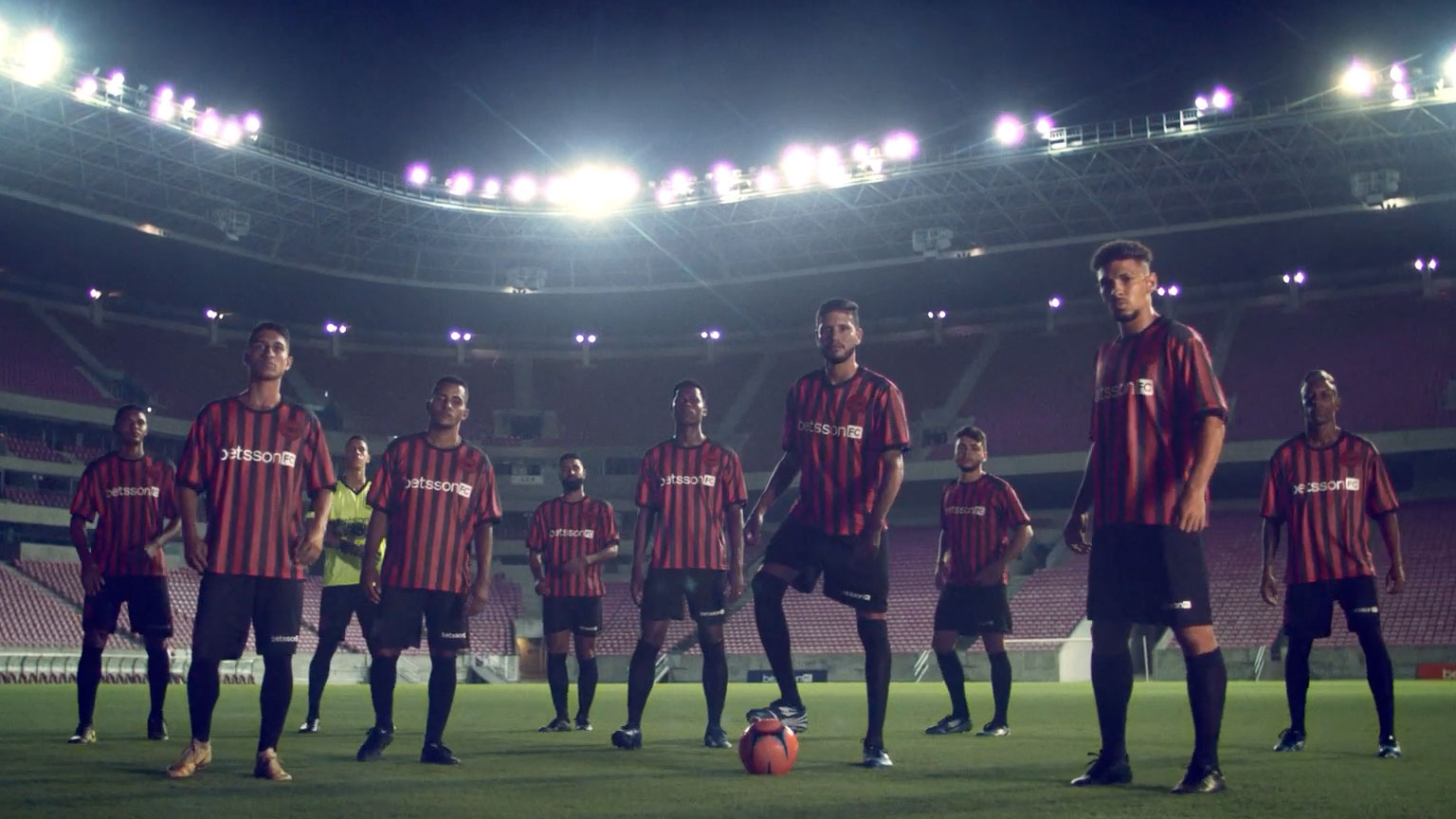 Losing is all the rage these days in sports marketing.

A few weeks ago, Nike spotlighted elite athletes failing miserably at unfamiliar sports—but having fun and learning from the experience—in its global "Play New" campaign. And sprinting icon Usain Bolt came up short against youngsters in table tennis, basketball and other games for Allianz Direct.

Though the team's fortunes have varied in recent years, Ibis gained lasting fame as the "worst team in the world"—across all sports, not just soccer—during an epically awfully 55-game winless stretch from 1980-84.

Everyone can play with the best in the world. Even you!

Themed "Everyone can play with the best in the world. Even you," the Brazilian campaign anchors Betsson's recent Ibis sponsorship and hypes the BetssonFC fantasy game that lets fans choose among players from all major leagues to field teams and compete for fun and cash.

Former "star" midfielder Mauro Teixeira Thorpe appears in the video. During his 14-year pro career, including a decade with Ibis, he scored a single goal. Now a legend (of sorts) in Brazil, he works as a hairdresser and goes by the name Mauro Shampoo. (And he rocks an awesome 'do!)

The effort features a strong presence on social media, where Ibis maintains a high profile. (Last month, the team won a fan competition fielded by English club Sheffield to pick an international opponent.)

"The idea is pretty simple," Bold creative lead Daniele Marques tells Muse. "The main differential that we wanted to advertise is the possibility to scout every major player from all the major leagues and championships. For someone who is in love with football, being able to play Messi and Cristiano Ronaldo on the same team changes the game. For this reason, our entire campaign revolves around the concept: 'Everybody can play with the best of the world. Even you.' "

And that's where Ibis comes in. "If the players from the worst team in the world can do it [compete in Champions League, Copa America or Libertadores matches, if only in cyberspace], so can you," Marques says. "You can look at Ibis and see the worst team—a team that does not deserve a sponsorship. We chose to look at it as a big opportunity. This team has embraced its story in such a legitimate way that has built a presence impossible to ignore."

So, in fact, the campaign and Ibis are all about ... winning? Is that right?

"They may be the worst football team inside the field, but they are No. 1 when it comes to creating content, driving reach and generating engagement around football conversations," Marques says.

What's more, "they feed this kind of child-dream that lives inside us (of) wanting to be among the best players of the world, to train them, to scout them, to be them," she says.