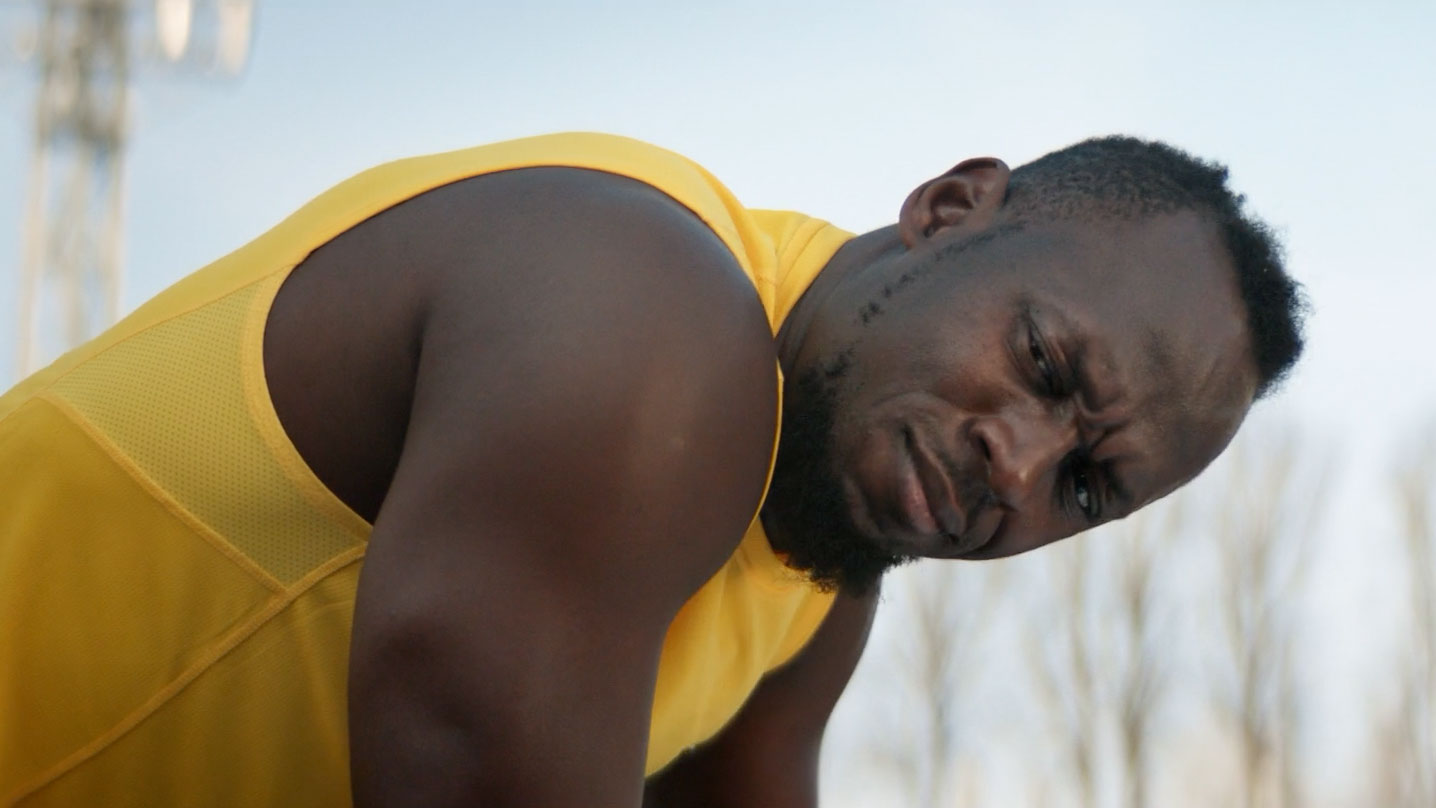 Bolt knows table tennis? Not so much, actually.

Back in the day, Jackson, a standout in football and baseball, lightheartedly displayed his prowess across many different fields of play. Michael Jordan, John McEnroe and Wayne Gretzky, among others, were on hand to gape at Bo's abilities.

For Allianz, however, Bolt's the only elite athlete on screen. The sprinting icon takes on "Future Sports Heroes" in Ping-Pong, basketball, diving and, finally, running.

Jackson kicked butt every time. Bolt, on the other hand ...

... needs to work on his serve. And hook shot. Maybe put in a little extra time at the pool, too. Ah well, as Nike taught us more recently in spots with athletes failing at unfamiliar sports, just doing it can yield rewards.

"We were on the lookout for an internationally recognizable superstar, and found that in Usain Bolt," Jorn Kruijsen, creative lead at independent agency Alfred, tells Muse. "He has retired from running, and now has all the time in the world to reinvent himself."

"Allianz Direct see themselves as an enabler for people that are living their lives to the fullest, going places, and who don't want to deal with a slow, large insurance company," Kruijsen says. "Allianz is a relatively new player in town. This ad will build their awareness very fast."

Check out the BTS clip below, as Bolt defeats Hobby director Oskar Bård, DOP Snorre Ruhe and Nigel (the kid from the running sequence and an age-group champion) in a friendly race during a filming break.

"Bolt won quite easily, but only because I gave up halfway and returned to the set," quips Bård. "I very much regret that. Should have given my best and beaten Usain."