Pepsi Implores You to Keep Staying Inside (to Watch Football)

David Costabile gets a little intense 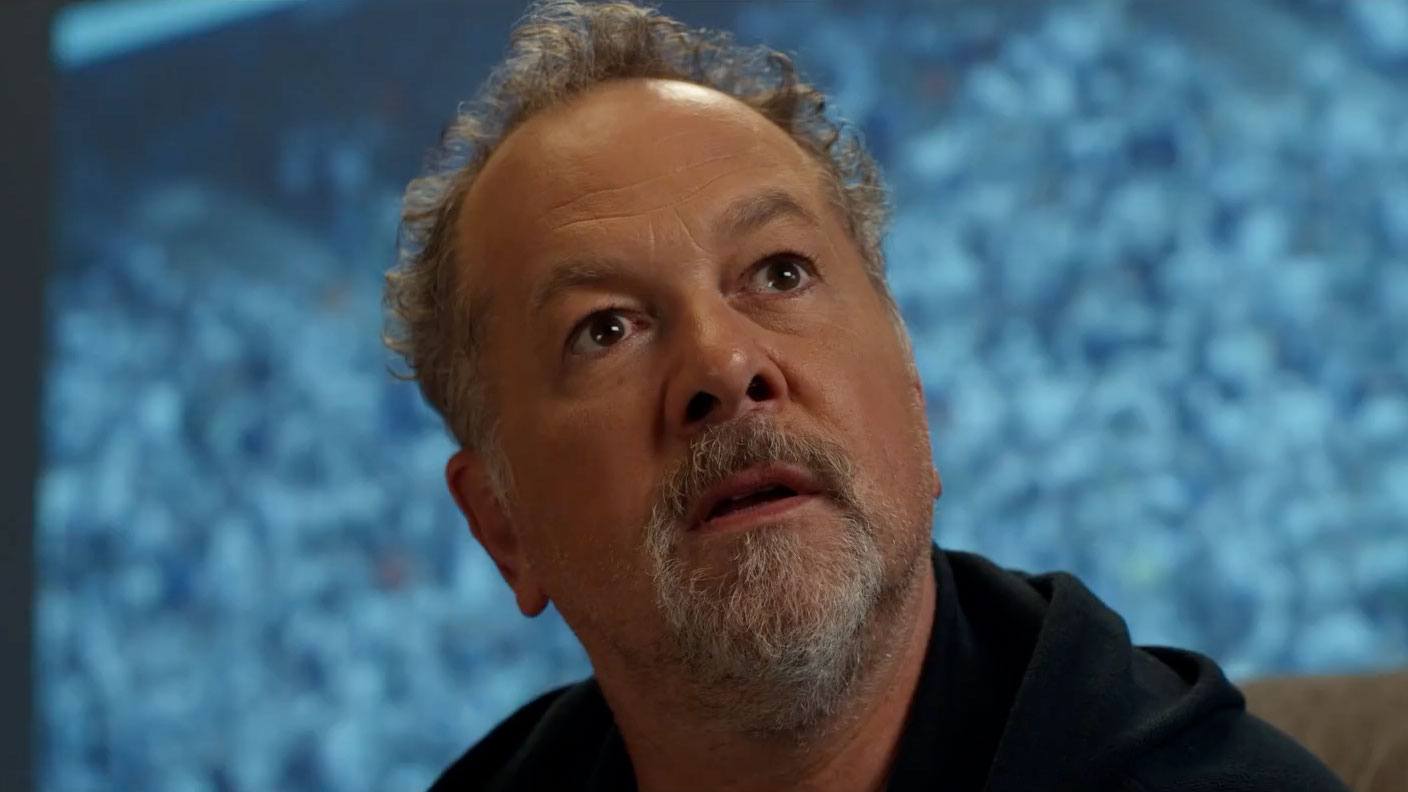 After some of his houseguests start to leave—"I've got brunch," "I've got plans, too"—Costabile launches into a passionate plea that grows increasingly deranged.

"Look, I understand," he begins, swiveling in a recliner while clutching a can of Pepsi Zero Sugar. "We've stayed inside for, what, two years? There's a lot of people out there who want to see you."

Costabile (Billions, Breaking Bad) acknowledges pandemic-era "pressure to brunch, pressure to baby shower, pressure to real shower," but warns: "If you walk out that door right now, you've forgotten a little something. That something just might be the greatest sport ever conceived."

"There are six other days of the week that you could go out," he says, fannish fervor approaching frenzy. "Days such as Tuesday and Wednesday. But not today. Today is for football. This is our sanctuary—where the only protocol is football!"

Whoa, he's getting all worked up. Are we sure that drink's sugar free?

Near the end, voice breaking (bad) with emotion, he proclaims, "We will not move, but we will fly!" and exhorts his friends to "Grab your wings!"—as one promptly dunks a chicken tidbit into dipping sauce.

At two-minutes plus, it's a tad much. But Costabile—equal parts Tony Robbins and Knute Rockne with a dash of John Malkovich, tongue flapping firmly in cheek—pushes deep into the zone, connects on a Hail Mary pass ... or whatever gridiron cliché you prefer.

"Now that fall schedules are beginning to fill up, we felt it was important to remind everyone to unapologetically prioritize their football watching time—even if it comes at the expense of social or household obligations," says Pepsi VP of marketing Todd Kaplan. "No matter where you find yourself this season, we're encouraging fans to celebrate their love of countless hours of football—and to do so with a Pepsi in hand, decked out in their favorite team gear."

To that end, Pepsi joined with NFLShop.com to give away $1 million of league-branded merchandise through October. Fans who scan QR codes on special packs and bottles of Pepsi, Diet Pepsi and Pepsi Zero Sugar can earn points toward prizes. There's even a chance to attend Super Bowl LVI in Los Angeles. (It's OK to leave the house for that, though you'll miss those great commercials.)