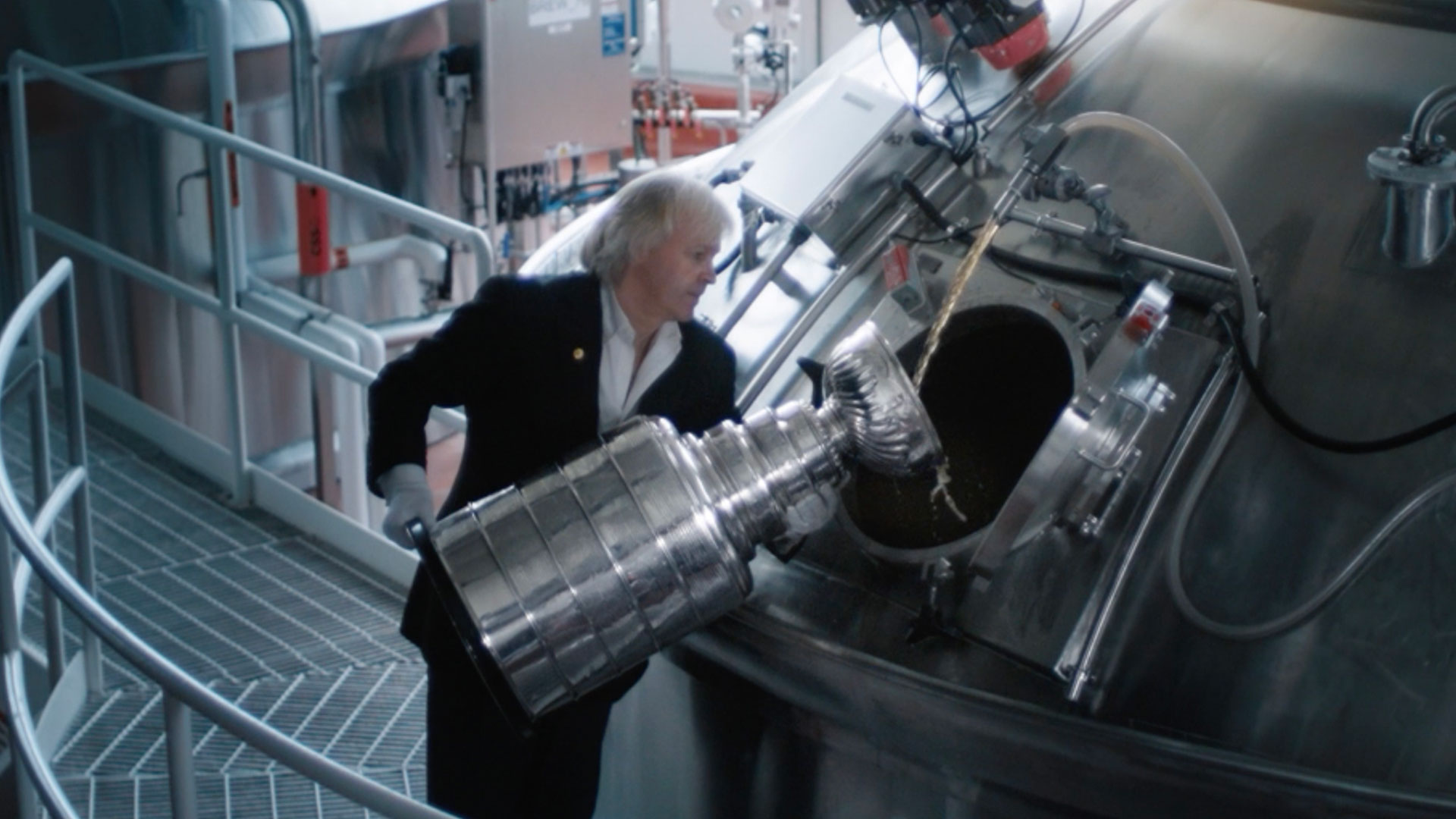 Hockey fandom in Canada can cause emotional complications, and sometimes requires a Zamboni/vacuum contraption to clean up the mess.

Molson Canadian humorously illustrated such points in recent campaigns. Now, with the playoffs in full swing, the brand returns with its most stirring NHL-themed promotion yet.

"Because every fan dreams of sipping from the Stanley Cup—now they can," the brewer promises in ads dropping this week.

Now, that's not quite accurate. But this is advertising, so what can you expect?

In fact, Molson Canadian transported the three-foot tall, 35-pound league championship trophy to its brewery and ran some beer through the shiny thing to create a limited-edition batch.

We're assured that "strict sanitization protocols" were followed. Sure hope so, Molson! (Still just the idea of drinking beer after it's poured through an athletic ... cup. Ew!)

"This was one of those 'We need to make this happen' ideas, and for sure it was a big undertaking when you take one of the most iconic sports trophies in history and incorporate it into the beer process," Joel Holtby, partner and creative director at Rethink, which developed the campaign, tells Muse. "But as soon as we shared the idea with the Molson Canadian team, they saw the potential, and same was true with the NHL. We had to bring several stakeholders on board and work through some crazy manufacturing logistics."

The Stanley Cup Batch features suitably spiffy bottles and snazzy packaging. It's available now at retailers across most of Canada, though not in Quebec (owing to distribution issues), further complicating life for Canadiens fans, who'll have to visit a different province to pick some up.

"This is for every die-hard hockey fan out there, the players, the coaches and, well, every Canadian," Holtby says. "Hockey is Canada's game, and we grow up dreaming of one day sipping from the Stanley Cup. We wanted to give that chance to all lovers of the game."

To be clear, per long-held NHL tradition, only actual Stanley Cup champions will get to slake their thirst from the vaunted chalice. Popping open a few bottles of Stanley Cup Batch is as close as most average Canadians will ever get.