Hockey Fans, Molson Made a 'Brewmboni' to Clean Your House 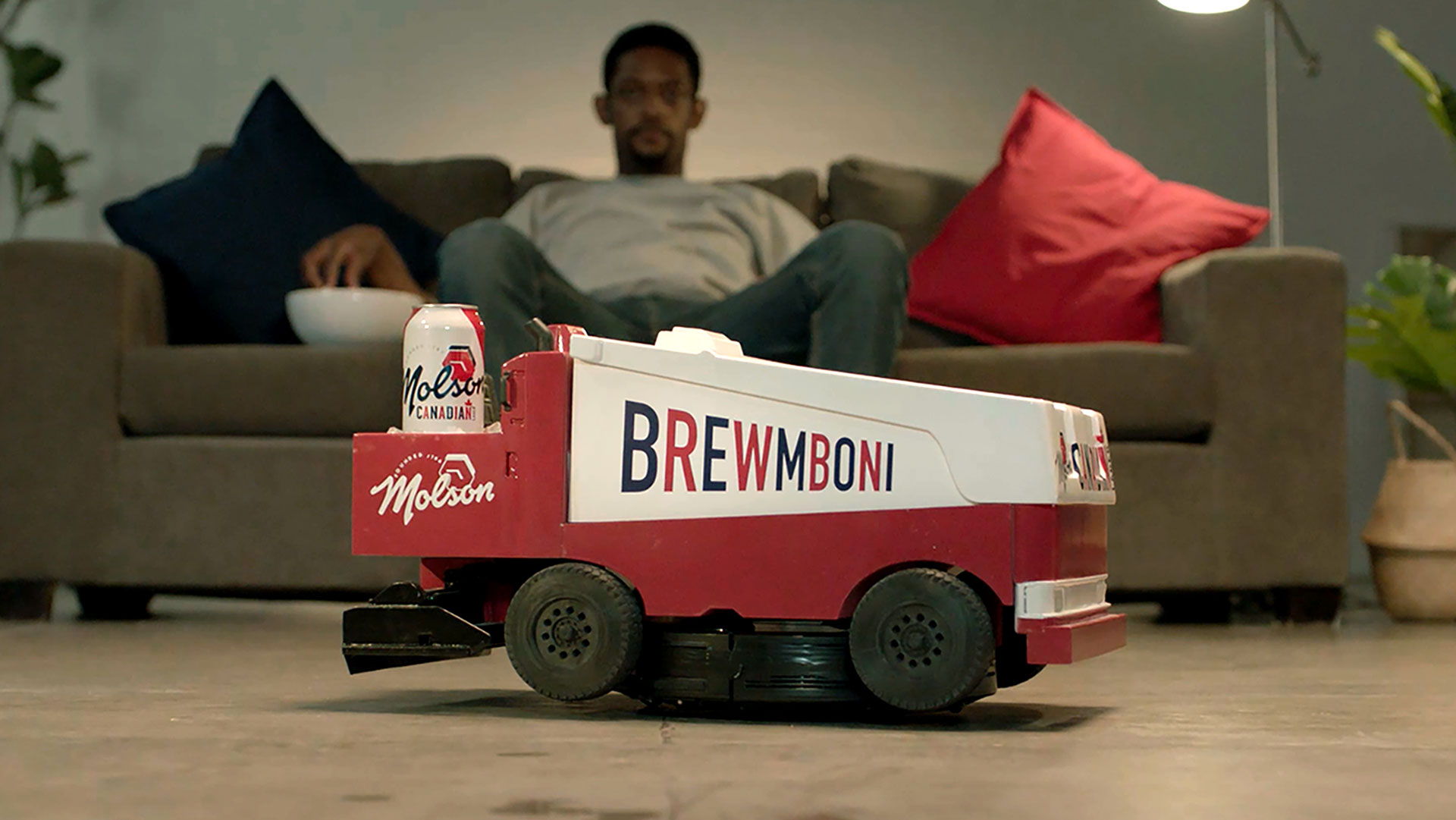 A few months back, Molson Canadian illustrated that hockey fandom in Canada can get complicated. But it doesn't have to be messy!

Introducing the Brewmboni, a nifty robotic combo vacuum/beer-cooler tricked out in Molson colors and imagery. It looks just like a Zamboni ice-resurfacer from your favorite rink.

Developed with creative agency Rethink, the device removes dirt, grime and spills while keeping up to four Molson tall boys pleasantly chilled. Suck it, Roomba! (By which we mean, suck up those nachos we dropped by the couch. Wouldn't want ants to invade on game night.)

"With the NHL playoffs ringing in a second virtual season, we know Canadian hockey fans are missing the sights and sounds of their hometown arenas more than ever," says Molson senior brand director Joy Ghosh. "The Brewmboni is a lighthearted way that we can bring fans closer to Canada's game while enjoying an ice-cold Molson Canadian from the comfort of their squeaky-clean living rooms."

Brewmboni's in the prototype phase, but fans can visit MolsonBrewmboni.ca to get on the waiting list or download design specs to build their own.

"Depending on the demand and interest, and further R&D, it may be available for purchase," Rethink creative director Dhaval Bhatt tells Muse. For now, however, the Brewmboni "will be going on an extensive press tour and making stops at news desks and breakfast shows." (Who says TV's a vast wasteland?)

"It was an idea that was presented several years ago, but didn’t make it through," Bhatt says. "This time, the creative team had it as part of a script for Molson. Then we thought, 'Why don’t we see if we can actually make it?' And that’s how the Brewmboni was finally turned into reality."