Minnesota Twins and Summit Brewing Have a New Rallying Cry: 'Beer We Go!'

Hometown pilsner steps up to the plate 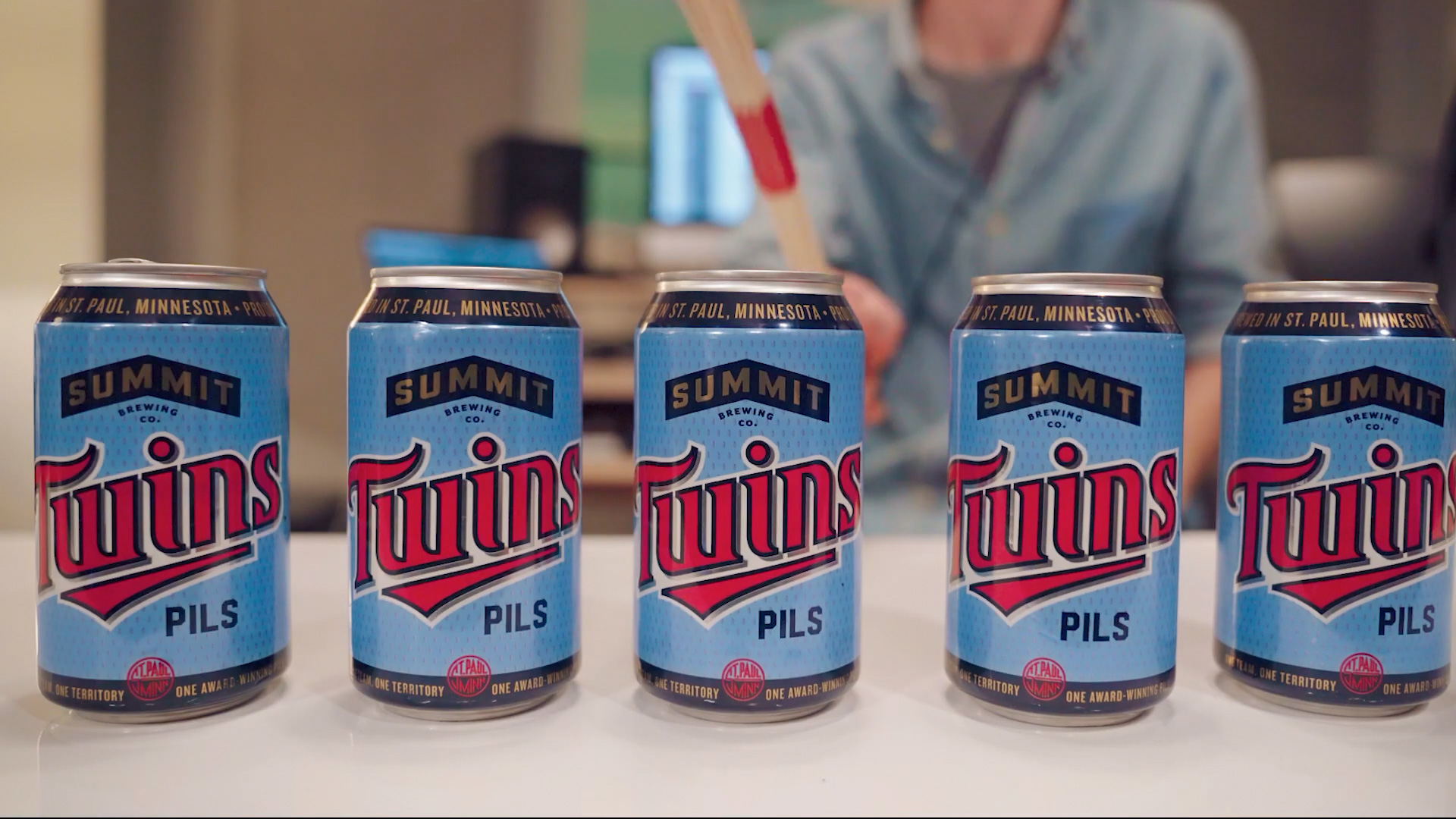 Creative agency Periscope permutes the iconic "Here we go!" stadium rallying cry to hype a new pilsner from Summit Brewing and the Minnesota Twins. The work drops ahead of the MLB team's home opener today at Target Field in Minneapolis against the Seattle Mariners and features the ASMR-style video below.

Forget about the crack of the bat and roar of the crowd. Instead, cans of Twins Pils, beer glasses and the pale lager itself call the tune, providing a frothy feast for the senses:

"Certain auditory cues are deeply tied to the experience of enjoying a crisp beer," Scott Dahl, group creative director at Periscope, tells Muse. "A can top popping open, for instance. Or the sound of beer pouring into a glass. Even a can being crushed has a certain sensory memory to it. So, in the spirit of combining the sounds of drinking beer with the sounds of baseball, we used the familiar 'Here We Go' as our base track and enhanced it with one very special instrument: the Twins Pils can."

Working with sound house Echo Boys, they made radio spots, too:

"First, we captured every beer audio effect we could imagine," Dahl recalls. "Then we imported the sounds and, in some cases, pitched them to achieve certain tones. But since we wanted this to be authentic, many of the effects are completely unfiltered."

He adds: "Our hope is that this branded chant will become part of the Minnesota baseball fan lexicon for years to come."

The Twins Pils push echoes efforts by Tostitos and others to leverage familiar product sounds for branding. Hey, chips and beer go together. How about a twin bill?!

Along with distribution at Target Field, Twins Pils will retail at select locations in Minneapolis, North and South Dakota, Iowa and Wisconsin.

The cans sport throwback team uniform artwork, recalling the franchise's World Series wins in 1987 and 1991. Vegas doesn't like the club's chances in 2022, but the Twins made some high-profile moves in the off-season, so, who knows? (Fuhgeddaboudit, Minny. Go Yanks!)

Despite a dearth of championships, the Twins have rocked notable ad campaigns in recent years, ranging from a Clio Sports Award-winning pop-art play to 2021's swing at defiant disruption.