Los York and the team adopt a defiant tone 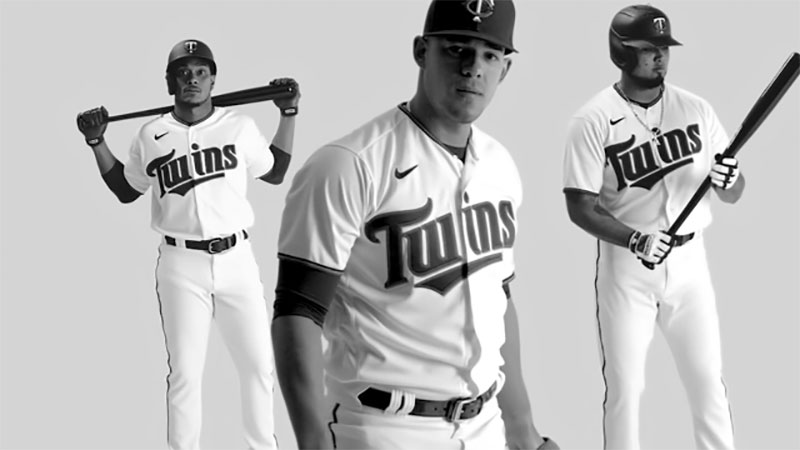 Major League Baseball's other 29 teams underestimate the Minnesota Twins at their own peril. Creative studio Los York delivers that message with vibrant panache in a minute-long film that starts out slow before exploding with movement, like a fast-ball high and inside:

"People don't expect greatness from here," the ad begins. "They call us small market. A flyover. But to those who look down on us ... Go ahead. Underestimate us. It only makes us stronger."

On screen, Max Kepler, Jose Barrios, Nelson Cruz and other Twins stars prep for the game and surge into stylized action, amid surging video-game graphics and an insistent electronic beat. It's like they're playing in some virtual world, leaving bucolic ballfields behind to compete on a higher level.

"We took the outsider's view of the Twins, and addressed it head-on," Los York founder and creative chief Seth Epstein tells Muse. "We wanted to celebrate the Twins' strength, resilience and passion for playing an aggressive game. We also wanted to ramp up excitement with elements of the unexpected."

This approach puts a fresh spin on the franchise's eye-catching (and Clio Sports Award winning!) pop-art-influenced campaigns of past seasons, replacing playful pizazz with in-your-face attitude.

"The idea was to elevate traditional in-game footage and find innovative ways of expressing the team's superpower-like capabilities by referencing digital artifacts and test patterns, and borrowing and layering different aesthetics and influences," Epstein says.

At one point, the outfield glitches into a Roman colosseum, and third baseman Josh Donaldson morphs into a gladiator, adding "a whole new layer of intensity and scale to the sport, taking the old world into a fast-paced, high-tech, futuristic landscape," Epstein says. (Maybe the Twins would enjoy more success against lions and barbarians than against the Houston Astros and New York Yankees, who bounce the club from contention every year.)

"We wanted to engage those young fans, and catch their attention with a visual, hyper-dynamic campaign," Epstein says. "We also wanted to compete with the speed and attention-grabbing pace of social media."

"When people see the work, we want them to think the Twins are shaking things up, that the team has a cutting-edge energy that they should be paying attention to," he adds.

Along with the TV spot, the pitch includes digital and social, outdoor and in-stadium elements.