Milton Un's love for the Minnesota Twins runs deep. That passion makes his job as design director at Carmichael Lynch in Minneapolis, where he helps craft the Major League Baseball team's visual identity, feel a bit like a dream come true.

"My dad was a huge Twins fan," Un tells Muse. "He would watch every game that was on TV. He would listen to every game on the radio. He would sit there with a pad and take notes of every inning. He was really deep into it. When I was 5, during the '87 World Series [which the Twins won], my dad was like, 'Sit up, you're going to watch this game with me.' I remember lying on his lap, watching the game. The connection of the Twins and my dad and myself—it's deep. Now that my dad's gone, it's even deeper." 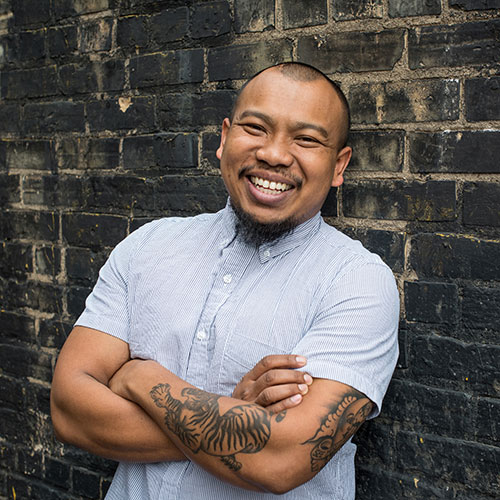 The son of Cambodian immigrants, Un grew up in Minneapolis. His obsession with the city's professional sports franchises informed his early years. "I remember being 5 years old, drawing the Twins' logo," he says. "Nine years old, drawing Kirby [Puckett, one of the franchise's iconic stars]. And now, I'm sitting in the stadium talking to people about the work, and working on stuff for the team. Man, how nuts is that?"

Bold colors, large lettering and an irrepressibly fun vibe—plus funky appearances by the team's T.C. Bear mascot—define such work, which surely ranks among the most eye-catching promos produced for any MLB club today. Imbued with a comic-book sensibility, the campaign feels retro-modern, a pop-art pastiche that reflects the pure joy kids of all ages feel for the game. 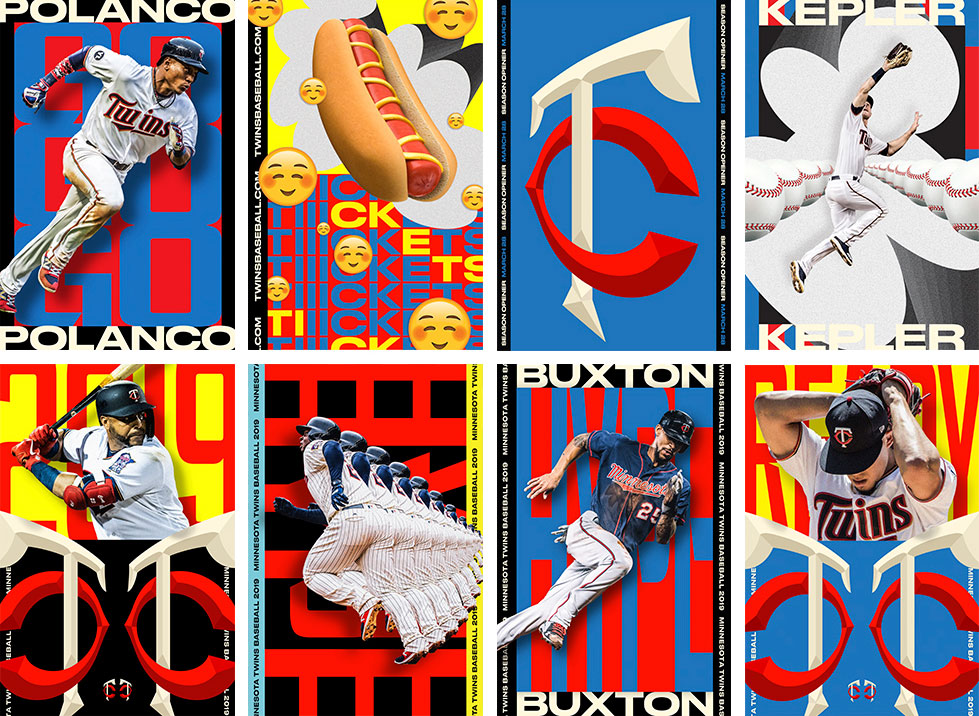 In the conversation below, edited for length and clarity, Un discusses his approach for the Twins—who've been surging this year and appear playoff-bound—as well as notable efforts for Subaru Motorsports and Jack Link's 2017 Minneapolis X Games invasion.

Muse: Your Twins work feels unusual for the category. It has a pop-art sensibility.

Milton Un: With the primary colors, it does kind of have a Roy Lichtenstein vibe. The colors are based around the Twins' colors. A lot of sports colors tend to be red, white and blue. The Twins are no different—but this year, we had a bigger notion of what was potentially going to happen [in terms of the team's success], so we set out to elevate those colors and had them be brighter and more fun. We spent a couple of months figuring out, "Who are they trying to be? What are we trying to say about the club?" We got back to: "We know they're going to be fun!" So, we elevated [the look and feel of the ads] and made it more exciting and modern.

Are you worried that modern quality might not resonate with the old-time fans?

I'm from here. I grew up watching the World Series as a kid in '87 and '91. The focus of the club is to be progressive. I give kudos to the Twins for saying, "Let's make a stand for who we want to be and can be."

What brand message does the work deliver?

What it delivers about the club is that it's new. It's not what we all thought it was. What it was, was great—but we want to be something new now. We are letting go of the traditions. We love those, but we're doing something new.

There seems to be a bear in there. What's that all about?

Yeah, we have TC Bear, who is a lovely, awesome, fun guy. Within our communications, we wanted to have an aggressive one. This is a little more contemporary and kind of competitive.

So, he's there in costume at the games?

Yeah, he's there. He's running with the kids, and he's competing with other mascots. So in the promotion … we're not using TC per se, but the spirit of him, if you will.

What kind of feedback did you get from the Twins?

When we were doing the photoshoot with the players, we showed them the work, where it was headed. And they're like, "Wow, that's actually really cool." As far as through the season, though, I heard that they're liking the energy of it, just seeing themselves in a new way. 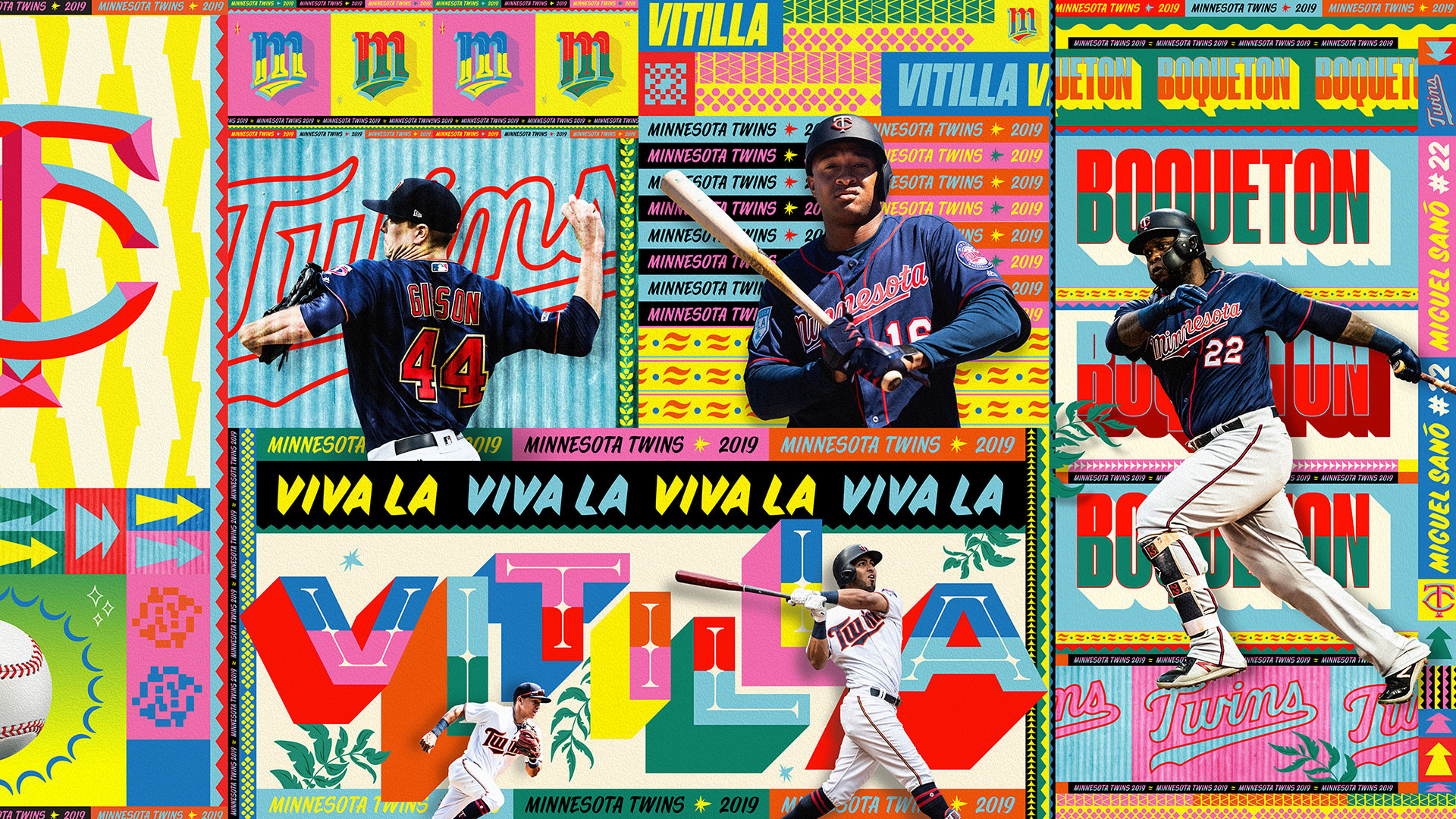 Can you talk about Subaru Motorsports?

Subaru Motorsports has a rich history, but it hasn't been put together as a brand. So, we developed the car design [with bold yellows and blues]. We also did the racing suits. It's rooted in the history of Subaru, but we packaged it all together and modernized it—looking at their crew and fans similarly to the fandom of a traditional sports team. We're currently creating apparel. It's pretty early, but we're trying to figure out where the brand extends itself into culture, and apparel seems like the right place. 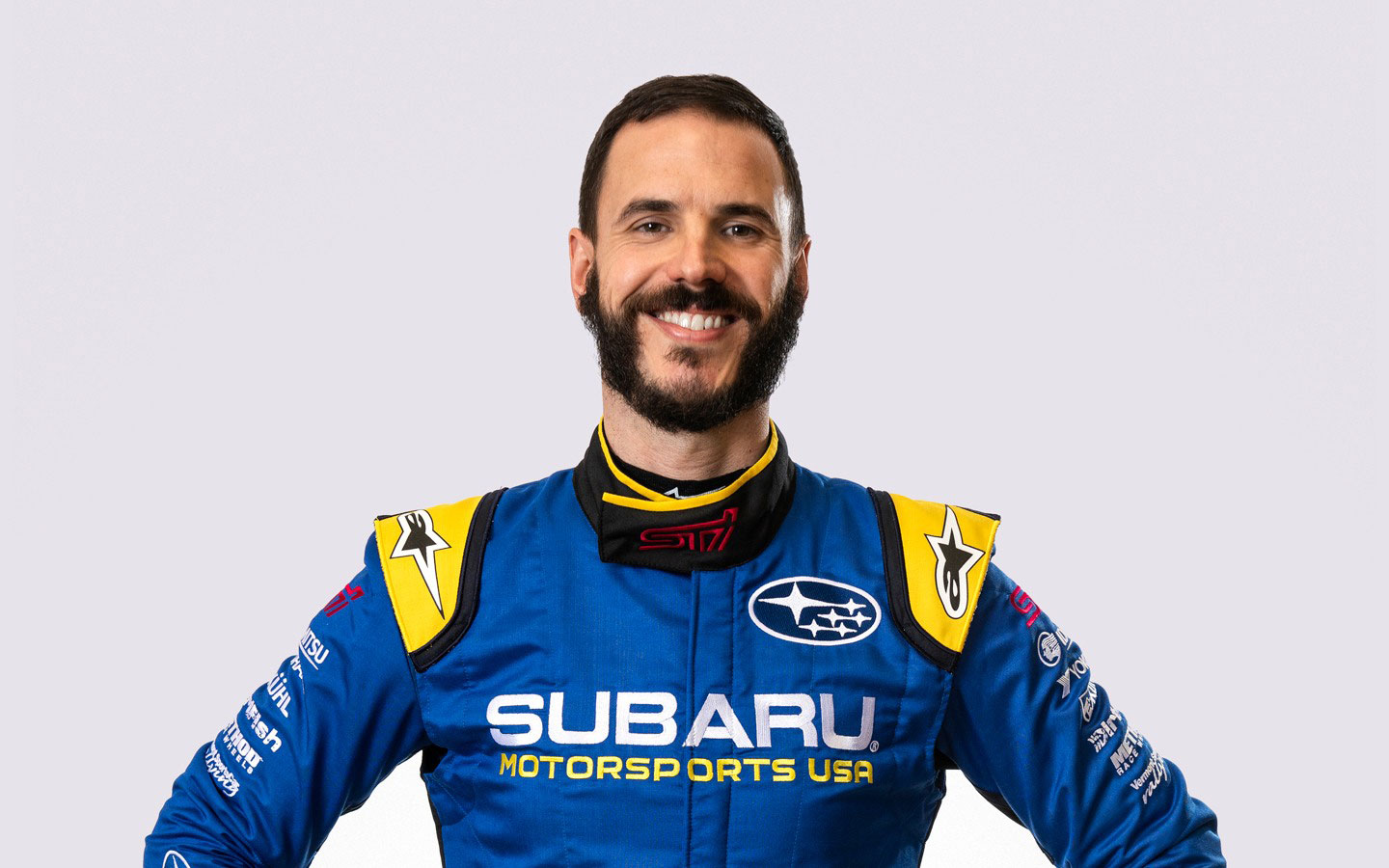 When would this apparel be available to the public?

Hopefully next spring. It could be jackets and T-shirts. We've gotta work out the details.

Now, to switch gears: Jack Link's and the X Games from 2017. Sasquatch took over rail stations all over Minneapolis in wild ways with to appeal to the millennial crowd. How'd that come about?

That was my first project when I got to Carmichael Lynch. Day two, I'm in a meeting with the Twins, and I'm like, "This is what we're doing? Cool." And then later in the week, it's like, "Hey, we have this project with Jack Link's and X Games." I had a couple days to set it up. This was like, "OK, so Sasquatch has a vibe, but how does he exist with the X Games?" We worked on infusing the character into the X Games in a way that was not heavy-handed. He's not just there to sell you beef jerky. We get the culture: It's loud, it's fun and it's abrasive. We had skaters in the Sasquatch suit doing laser flips outside U.S. Bank Stadium. We had all these digital boards outside the stadium … We had these large posters that ran across the whole space. One of the posters had these extended arms that went 90 feet. It was crazy.

I'm a huge sports guy. Honestly, I'm not an ad guy, because the ads tend to be about selling or influencing, where I think good sports work is about telling stories, or providing emotion. To me, athletes are heroes. That was something we wanted to get across with the Twins stuff. These guys, to kids, to a lot of people, they're just bigger than life—even though they're 22 years old, or whatever the case may be. Allowing sports to be big, allowing sports to be emotional, that's the exciting stuff to me.

When you take an athlete and try to make them something they're not. As fans of sports, you can call bullshit on a lot of things. In some of it you can tell the athlete was like, "I don't want to do this." Sports is so much fun. You can do so much with it. There's love … it's already built in. Just respect it.