And he's not so jolly this year 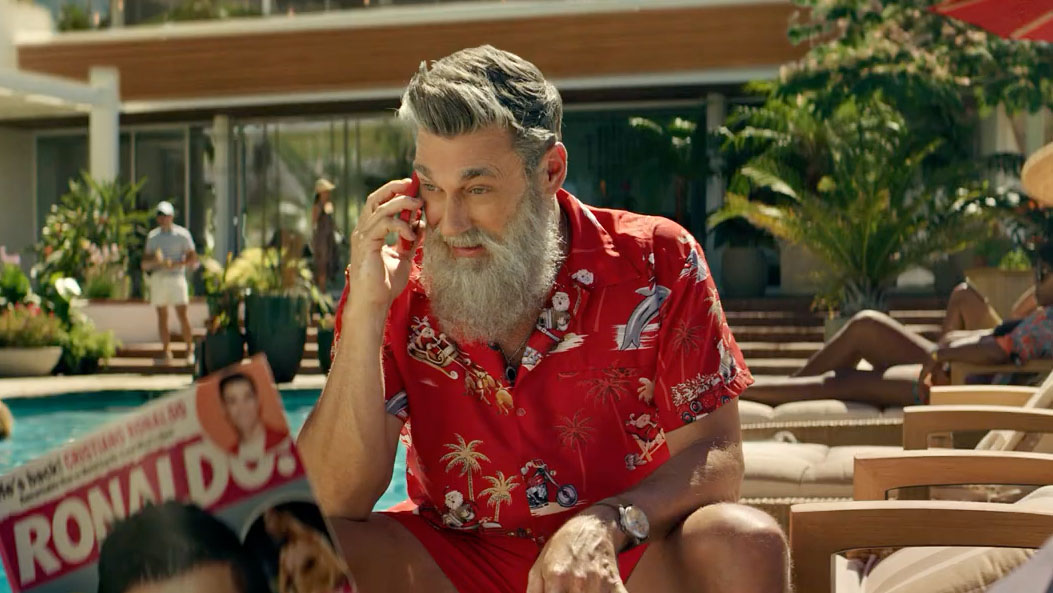 Those matches run from Nov. 21 through Dec. 18. Which, of course, is traditionally Santa's most wonderful time of the year. And the bearded one does not savor the prospect of sharing the spotlight.

The first of three ads, created in-house, broke during last night's Major League Baseball All-Star Game. Hamm-as-Santa relaxes poolside, only to have his summer reverie ruined when an elf calls with unsettling news:

SANTA: You're telling me they went ahead and moved the biggest sporting event on the planet right into the middle of my holiday season?

SANTA: That guy's got like 300 million followers. How am I supposed to compete with that?

SANTA: 400 million!? OK, great. Get Blitzen on the phone. I gotta get on the next flight up. We've got work to do.

The ad closes with the tagline, "'Tis the FIFA World Cup." (And Ronaldo's getting coal in his stocking for sure!)

"One of the unique things about the FIFA World Cup is that it's a really communal experience where people want to get together with others to enjoy the event," Fox Sports executive vice president Robert Gottlieb said in a blog post. "To have that sync with the holidays this year for the first time ever, when we will all be gathering with friends and family, made for an incredible opportunity to embrace the holiday spirit in Fox Sports' creative campaign. We look forward to following Santa on his soccer journey as he meets more surprise guest stars and becomes captivated with this year's long-awaited tournament."

The network will air all 64 matches live from Qatar across Fox, FS1 and its Fox Sports app.

Hamm-as-Claus serves the cause well, giving a delightfully pissed-off performance beneath his bushy beard. He's been especially effective in ads of late, playing himself with much aplomb for Apple TV+ and Progressive Insurance. (His complicated courtship of Flo concludes next week—stay tuned!)

On a more somber World Cup note, we recently showcased a series of soccer cards from investigative journalism platform Blankspot. That project memorializes immigrant laborers who lost their lives in Qatar while working construction and other jobs in the run-up to the tournament.