Hall of Famer has buckets of fun 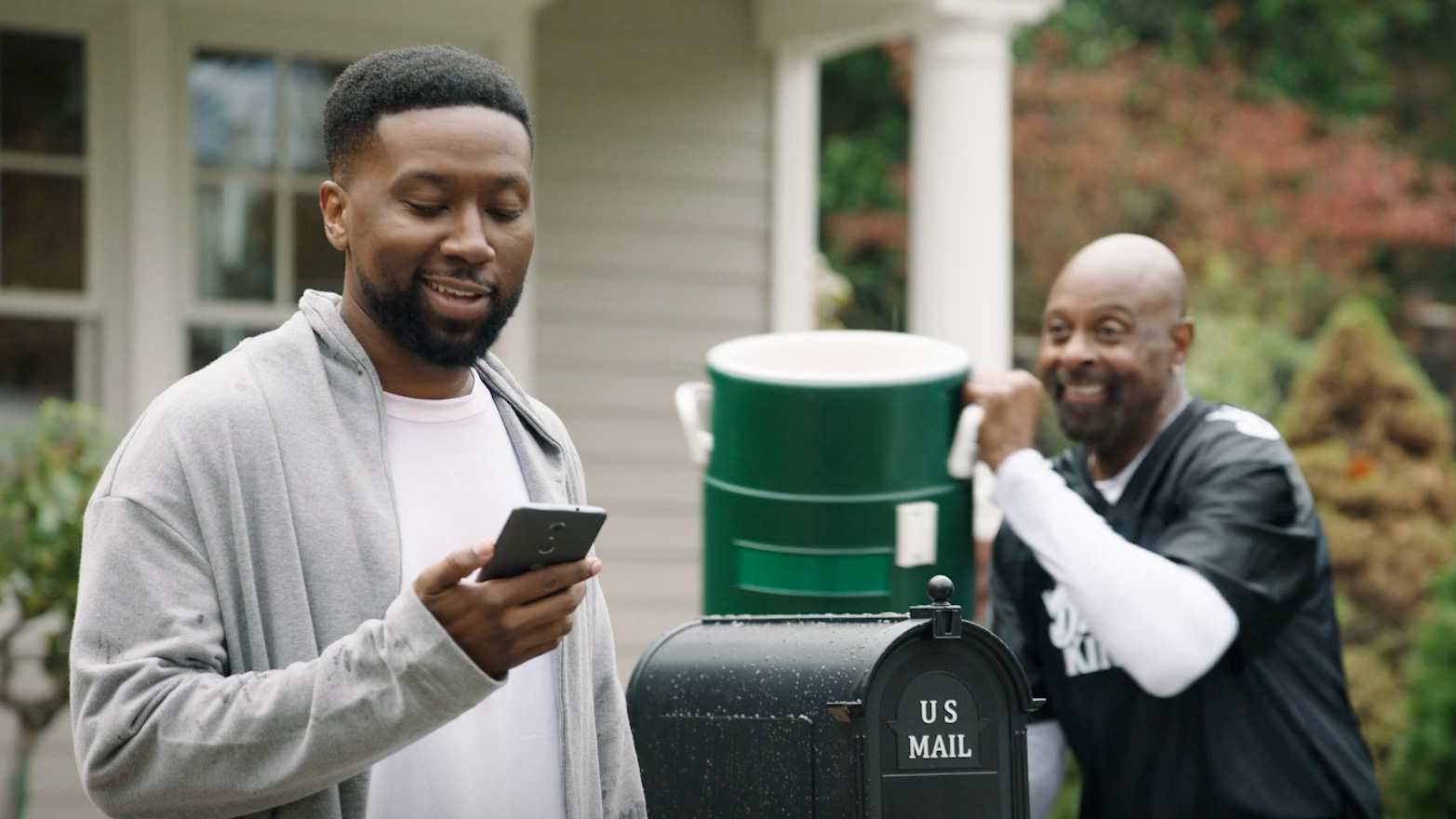 "Everyone had a good time—from the director to the crew to the DraftKings team," Rice recalls. "It's not every day I get to dump a cooler on someone 20 times!"

"He had never dumped a cooler during his entire career. So, this was a first for him, and he was very excited," says DraftKings VP of brand and sports marketing Michael Shonkoff.

Instead of Gatorade, Rice showered Cowart with water and orange food coloring—the same hue as the crown in DraftKings' logo.

"On set, we were all pretty nervous," Shonkoff says. "It's not easy to just grab another take when you're dumping liquid into someone's bed. But Jerry was perfect the entire day. Each cooler dump was done in one take."

Of sports betting's surge in popularity—DraftKings reported a 60 percent revenue surge for its most recent quarter—Rice says: "It has exploded. Now, you have the leagues, teams and major networks embracing it, because there's a lot of money to be made. It's only going to get bigger with the state of sports and technology."

"Working with athletes, including some of the all-time greats, has always been a part of our strategy," Shonkoff says. "It's a great way to connect with fans and break through during competitive moments on the sports calendar."