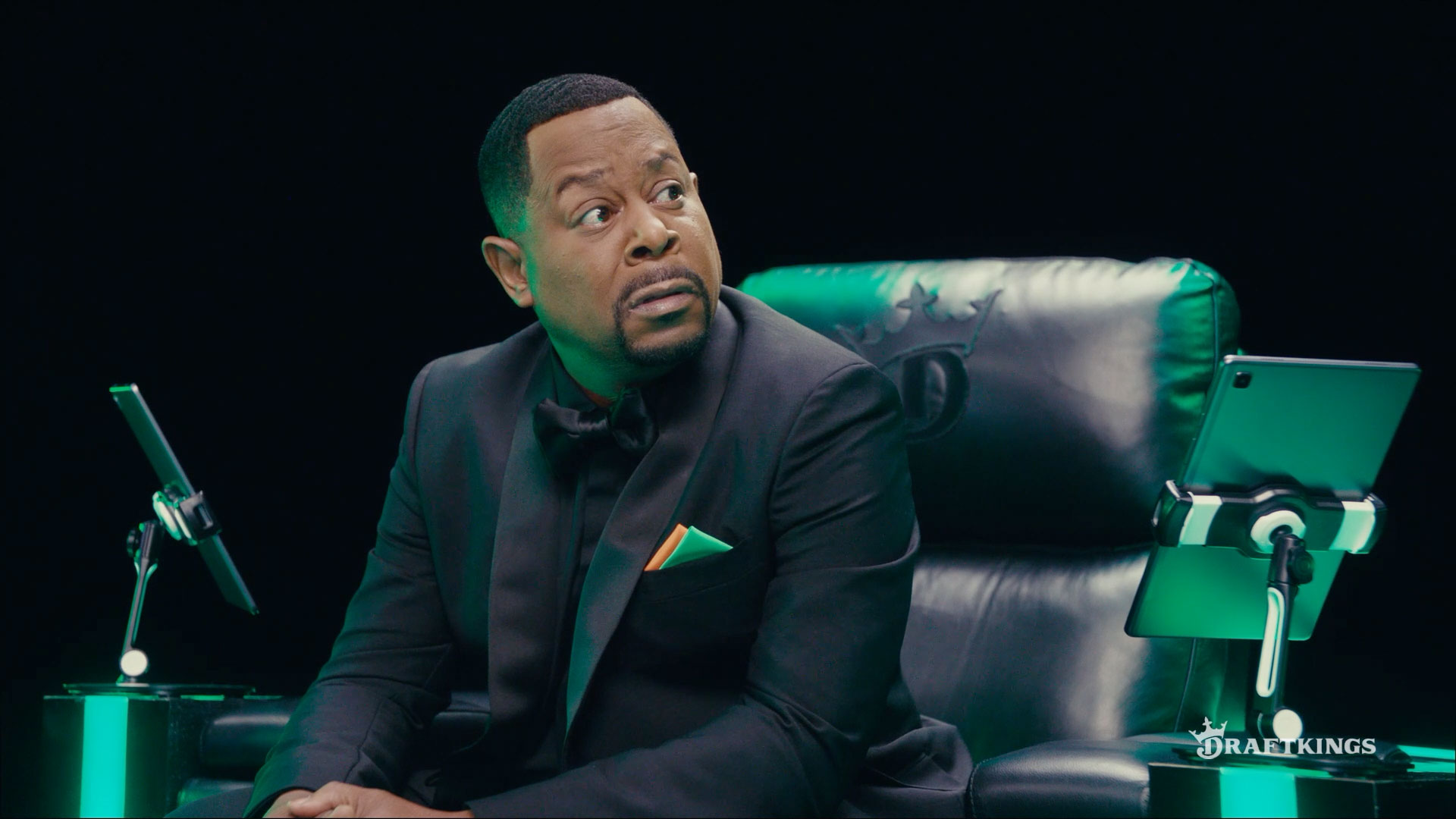 Always a safe bet for broad humor, Martin Lawrence quarterbacks a fresh flight of NFL-themed ads from DraftKings. They take place inside a bettor's brain, as the comedian and Bad Boys star struggles to mediate conflicting "feels" about which teams and players to pick.

Confidence, indecision, logic and "chill"—personified by a quartet of comic actors—clash on a set that looks like a game show crossed with mission control. We'd wager that DraftKings' Sportsbook app helps them sort things out in the end:

"We wanted to create this space where we get to follow a customer's roller-coaster ride of thoughts and feelings and show how crazy, fantastical and humorously bizarre things can get at times," says Michael Shonkoff, VP of brand at DraftKings, the official sports betting partner of the NFL. "You may be struggling to make a choice—then boom! you're overconfident. Then back to indecision. Then chill and mellow. Then back to going with your gut."

"Feels" conveys that vibe, even if some of the jokes are a tad hard to catch. Lawrence appears in 10 spots all told, which began breaking last week across ESPN, YouTube, the NFL Network and other platforms, with social support on Facebook, Instagram, Snapchat, Twitter, TikTok and Reddit.

It arrives as DraftKings drives into new territory. The Boston-based company just acquired Golden Nugget Online Gaming for $1.6 billion and also launched a marketplace with NFTs and other collectibles from icons like Tom Brady, Tiger Woods, Naomi Osaka and Wayne Gretzky.