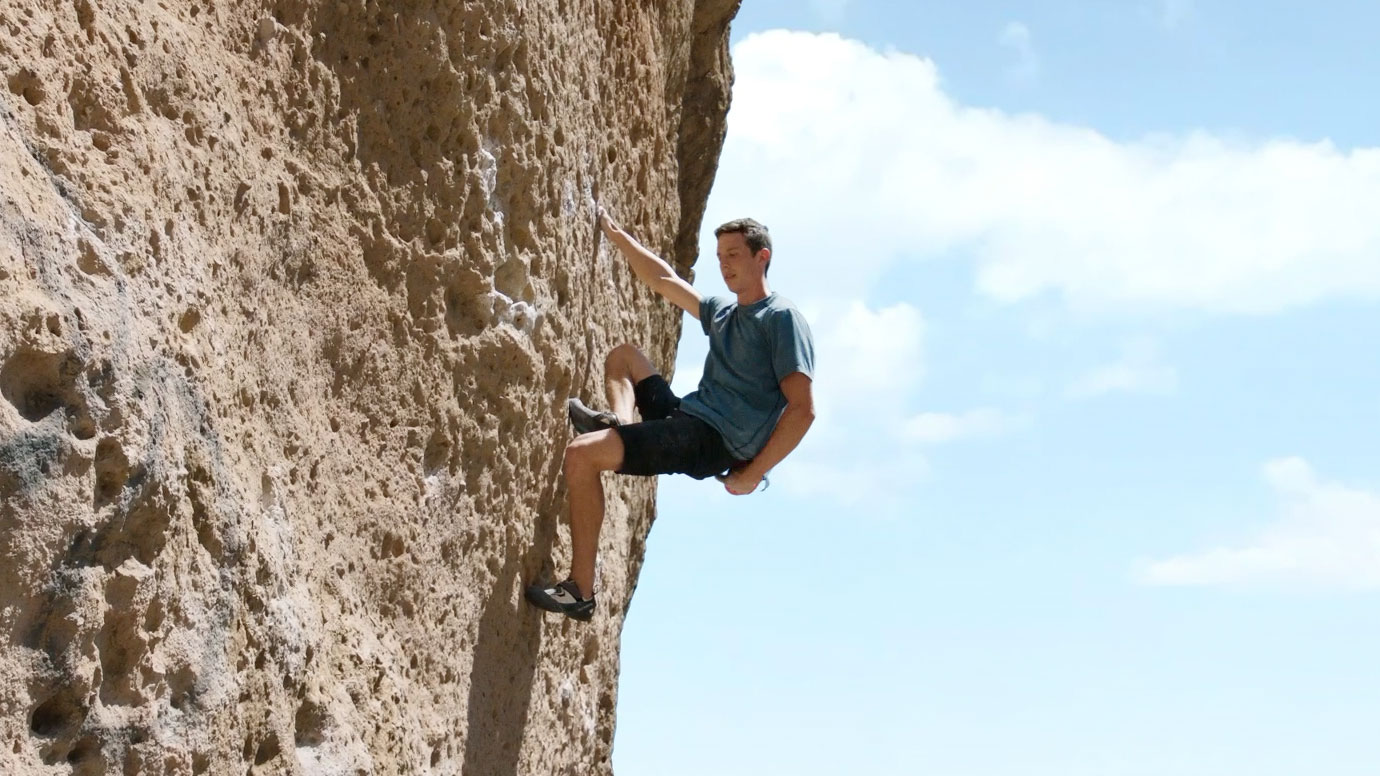 "Life can sometimes get pretty boring," big-wave surfer Bianca Valenti tells viewers as she rides a raging wall of water in an amusing spot for sports betting brand DraftKings.

Luckily, Valenti brought along her phone, so she can place some sports bets with the company's app while balancing on that board.

"Life's more fun with skin in the game," we're told in the cheeky spots, created in-house in partnership with Film 47 director Peter Berg (Friday Night Lights, Patriots Day). The work will run regionally on NBC affiliates during coverage of the Tokyo Olympics.

"Obviously, it's all tongue-in-cheek. We certainly don't recommend anyone rock climb or surf while using DraftKings' apps," Nick Devine, senior art director at DraftKings, tells Muse. "But we felt it would be strategically humorous and totally unexpected to show these uber-extreme athletes needing the thrills, chills and extra excitement of DraftKings—to 'save' their lives from being as boring as all of ours."

Surfing and "sport climbing" are among four events debuting at the Games. We've already seen several campaigns about skateboarding, which the Olympics also added this year. Valenti and Hong aren't competing in Tokyo, but they're highly likable in the commercials, striking the perfect balance between goofy and rad.

"We call our target audience 'skin-in-the-game fans,' " says Michael Shonkoff, VP and of brand and sports marketing at DraftKings. "They are people who love to compete, they're comfortable with a bit of risk, and look for things in life that give them the thrill that comes with having something on the line. We wanted to develop a campaign appealing to their passion for sports and their overall attitude towards life."

Below, Shonkoff dishes on shooting the films:

"We build a massive outdoor blue screen set in a parking lot and rigged Bianca's surfboard to a gimbal arm to simulate the motion of a big-wave ride," says Shonkoff. "Bianca spent the day being sprayed in the face with water and having to shout her lines over the sound of our large fan to simulate riding. We had our amazing VFX team, Carbon, on set to make sure they could build the wave around her in post. We matched that up to existing footage from multiple sources filmed from boats and jet skis out at Mavericks [the popular Northern California surfing spot]. One special clip was from Grant Thompson, a filmmaker who captures footage by actually swimming next to the surfers."

"Her memory for the script was astounding, a steel trap—in unusual circumstances, no less. She had to balance on her board/gimbal, and pretend to surf like the pro she is, with a crazy wind machine and water spraying in her face, and Peter Berg yelling direction over the chaos to her. And I think she flubbed maybe two lines the entire time. She nailed everything for like eight hours straight. Proof of a top pro surfer's almost supernatural concentration powers."

Berg shot at Malibu Creek State Park, where "we were able to match that rock with epic drone footage of Matty climbing in Colorado and Chile," Shonkoff says. "He spent a full day hanging off that rock face about 20 feet up, delivering his lines."

"Matty's fingers were shredded and bleeding by the end of his shoot day because he was hanging on the wall so long. But he was like, 'Oh, huh, didn't even notice.' Just another day at the office. Also, his girlfriend, Margo Hayes, who came with him, is a very famous female climber in her own right, and hikers and other climbers who happened to be nearby immediately noticed Margo and were getting selfies with her, etc. It's an incredibly insular extreme sport community, and she's one of the biggest young stars, like Matty."