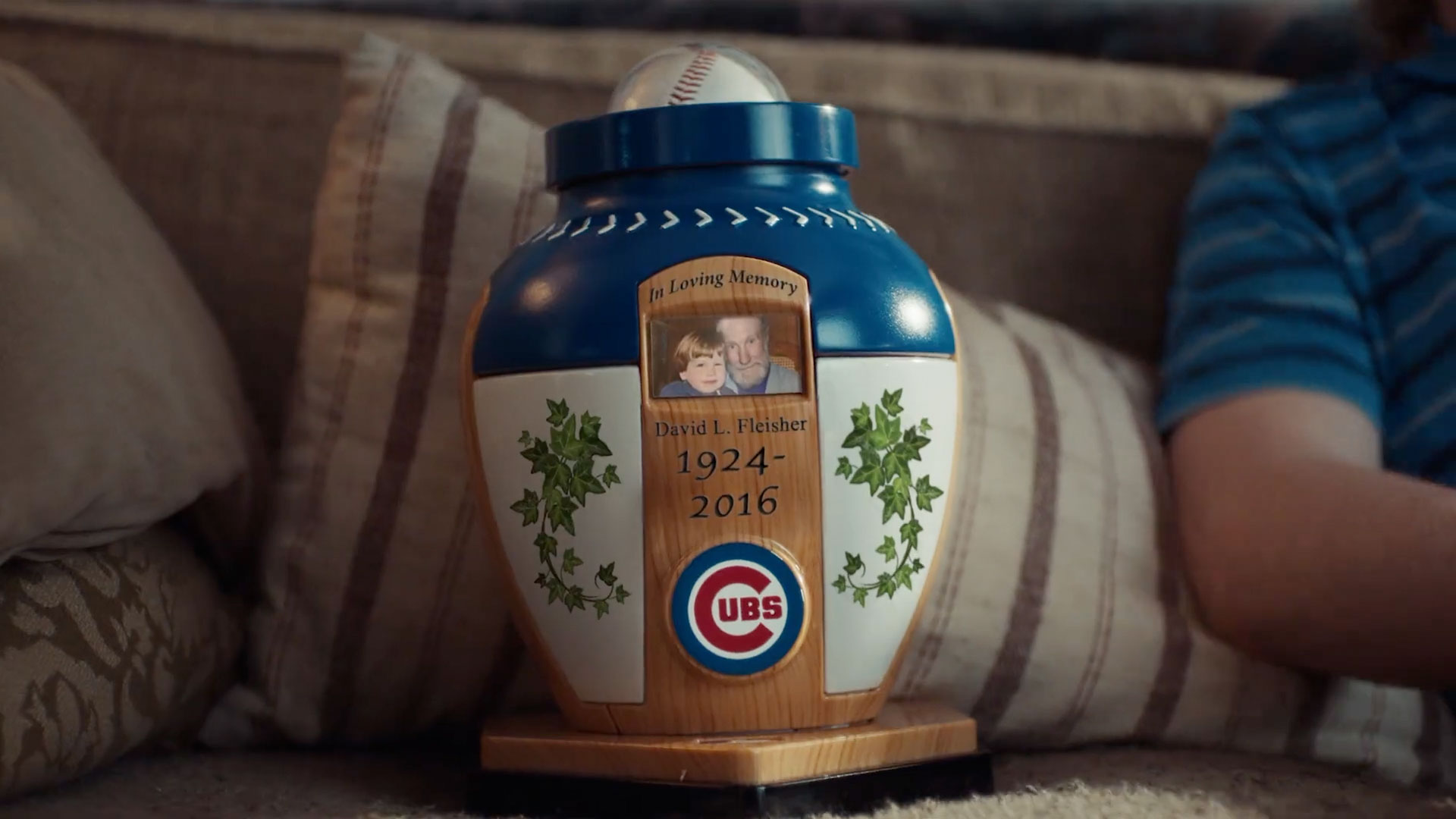 Entering its second season as the TV home of the Chicago Cubs, Marquee Sports Network wants fans to know it shares their intense passion for the MLB club.

"Look, we get it. We get that it's special. We get there's no other team in sports like it. Because we get that it's more than a team," a narrator begins in the minute-long anthem film below.

Marquee Sports Network - We Get All Of It

Developed with creative agency Quality Meats, the spot suggests the transcendent power of fandom in its opening frames, as a die-hard Cubs booster prepares to watch the game at home. He sits on the sofa next to an urn of ashes which bears the Cubs logo and a picture of his grandfather. (Gramps passed in 2016, the urn's nameplate says. Hopefully, he got to see the team end its 108-year World Series drought with a thrilling victory over the Cleveland Indians that fall.)

"We wanted to make sure the campaign landed strongly and authentically with the hardcore fans, so they'd respect it, but we also wanted to make the casual fans feel moved," explains Quality Meats creative director Gordy Sang. "The intention is to get the casual fans to watch more games, and the hardcore ones to watch more than just the games," as Marquee offers a wide range of Cubs-related content, he says.

Across the campaign's various spots and OOH elements, Cubs stars of yore such as Andre Dawson, Leon Durham and Kerry Wood appear via photos, baseball cards and jerseys. We glimpse iconic sportscaster Harry Caray ("Cubs win! Holy cow!"), celebrity super-fan Bill Murray, plus team tattoos, graffiti and sundry paraphernalia. A game's usually playing on a TV nearby, illustrating Marquee's "We Get All of It" mantra. 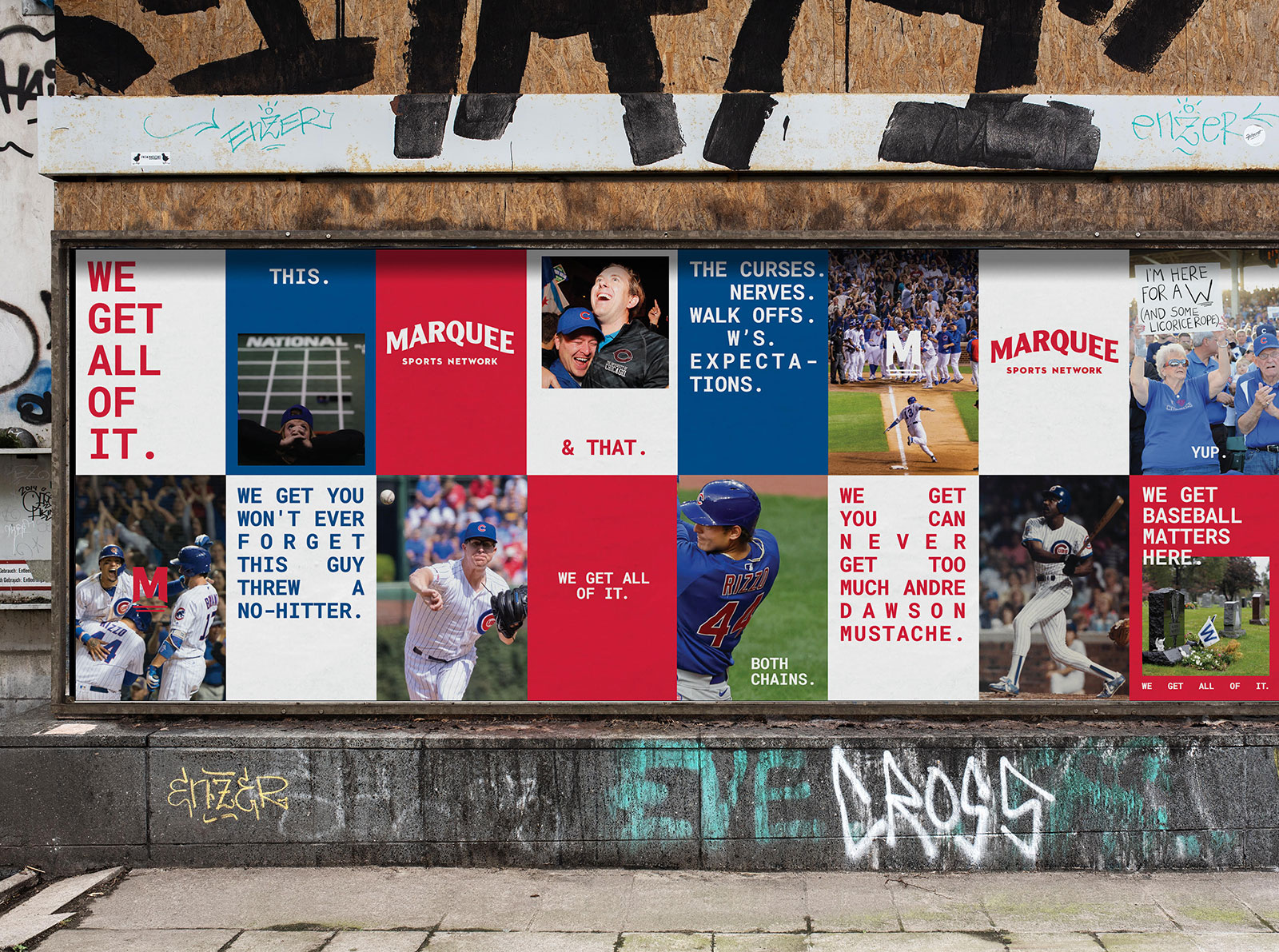 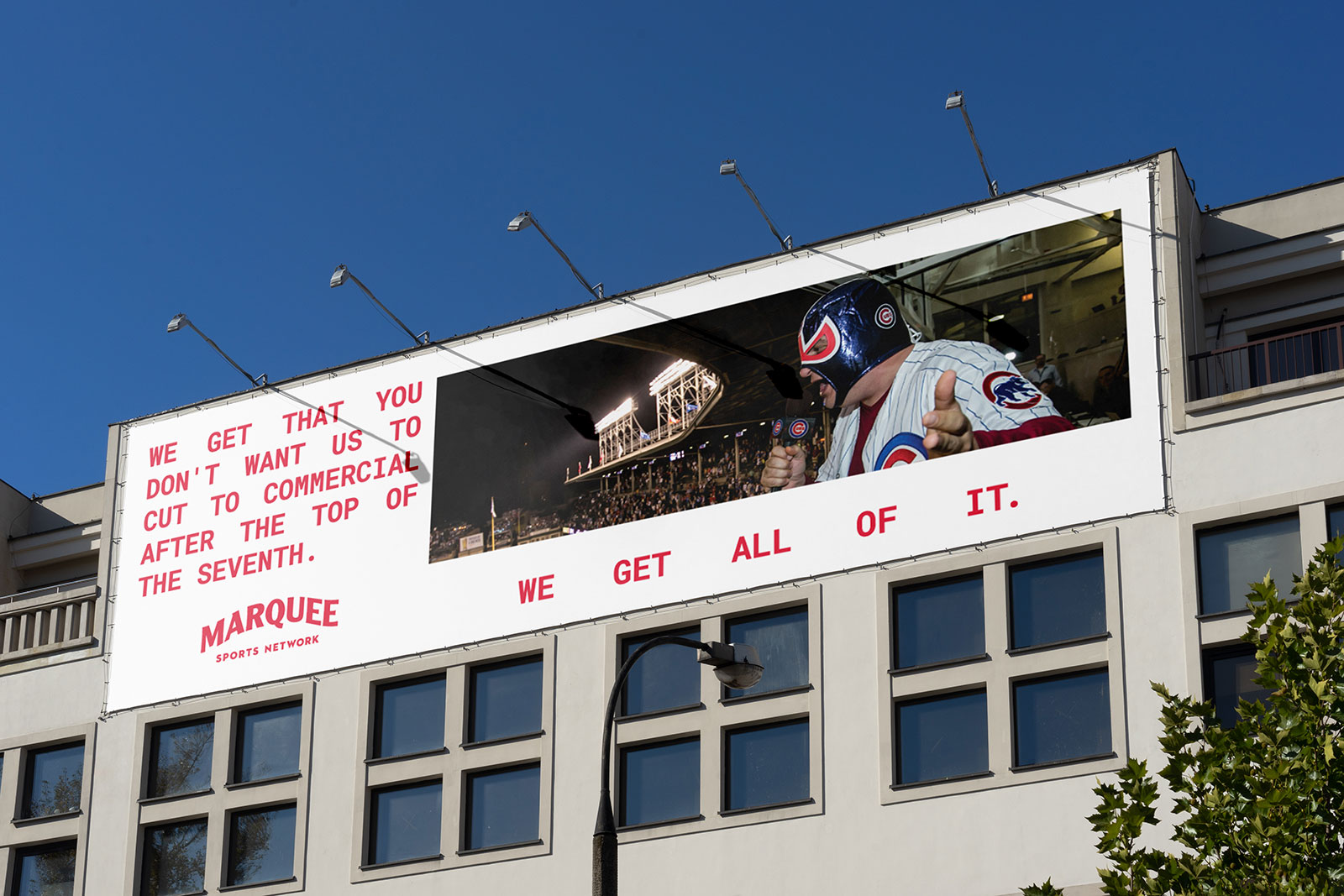 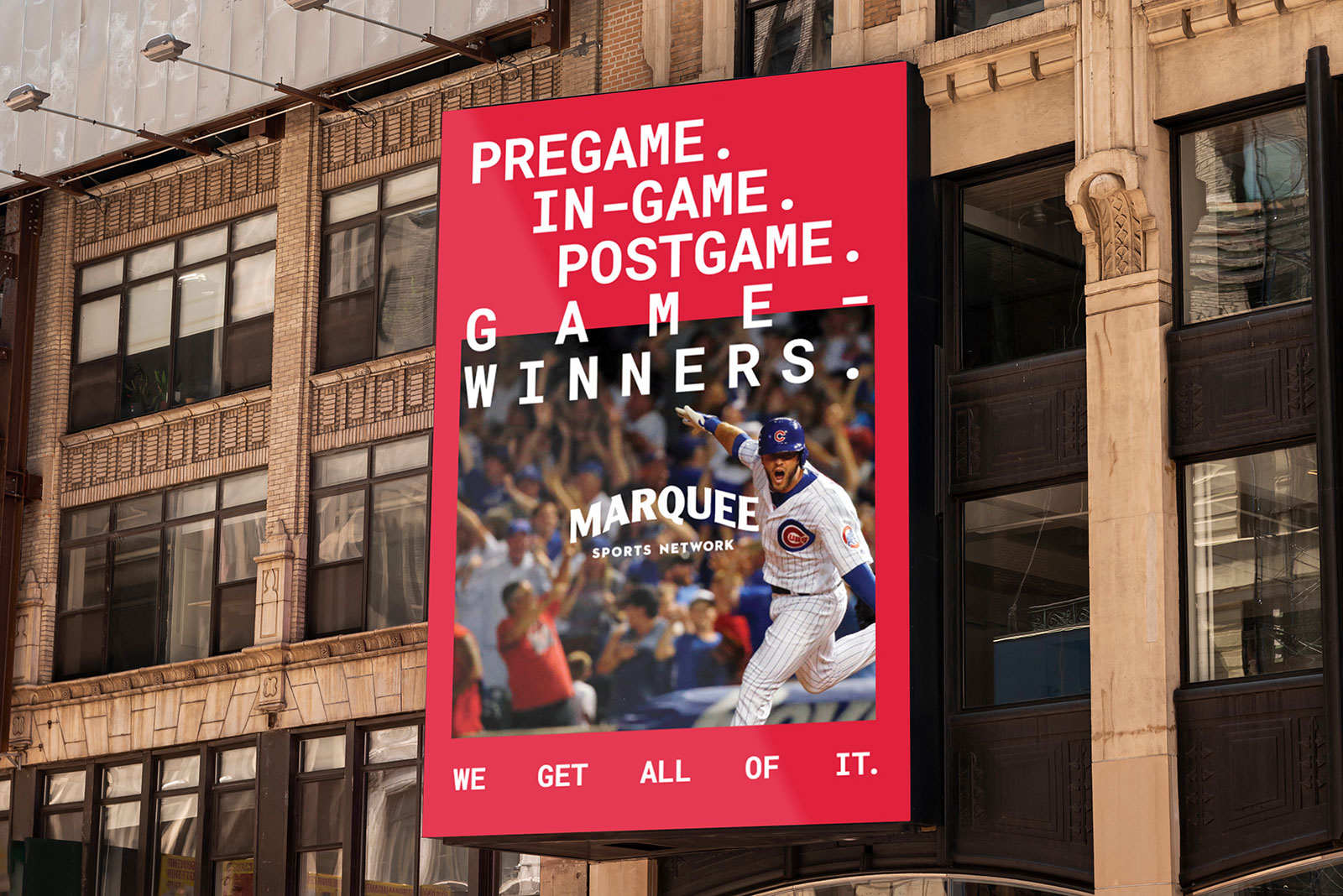 Ultimately, "We Get all of It" falls somewhere between the MLB's emotional 2021 Opening Day ode to the game's storied history, and the Minnesota Twins' tech-happy, pop-art positioning as post-modern "disruptors." Here, the Cubs' transcendent bond with their fans comes to the fore, spanning generations, with Marquee's pixels powering this North Side field of dreams.

And if you're guessing the work holds special meaning for the crew at Quality Meats, and contains some very personal references, you'd be right.

"That's actually my Leon Durham baseball card, and Dawson cards," says Brian Siedband, also an agency creative director. "Glad I could dig them out of my parents' basement and put them to use."

The urn guy "was actually a friend of mine," adds Sang, "and the photo on the urn is him as a child with his grandfather, who he said was the reason he became a Cubs fan. Also, the name on the urn, 'David Fliesher' ... he's an insanely die-hard Cubs fan, the brother-in-law of our account manager who tragically died right before they won the 2016 World Series."

"Showing the urn at the beginning and the newborn baby—my nephew—are nods to how it's a love that's passed down from generation to generation," he says. "People literally and figuratively live and die with the Cubs."