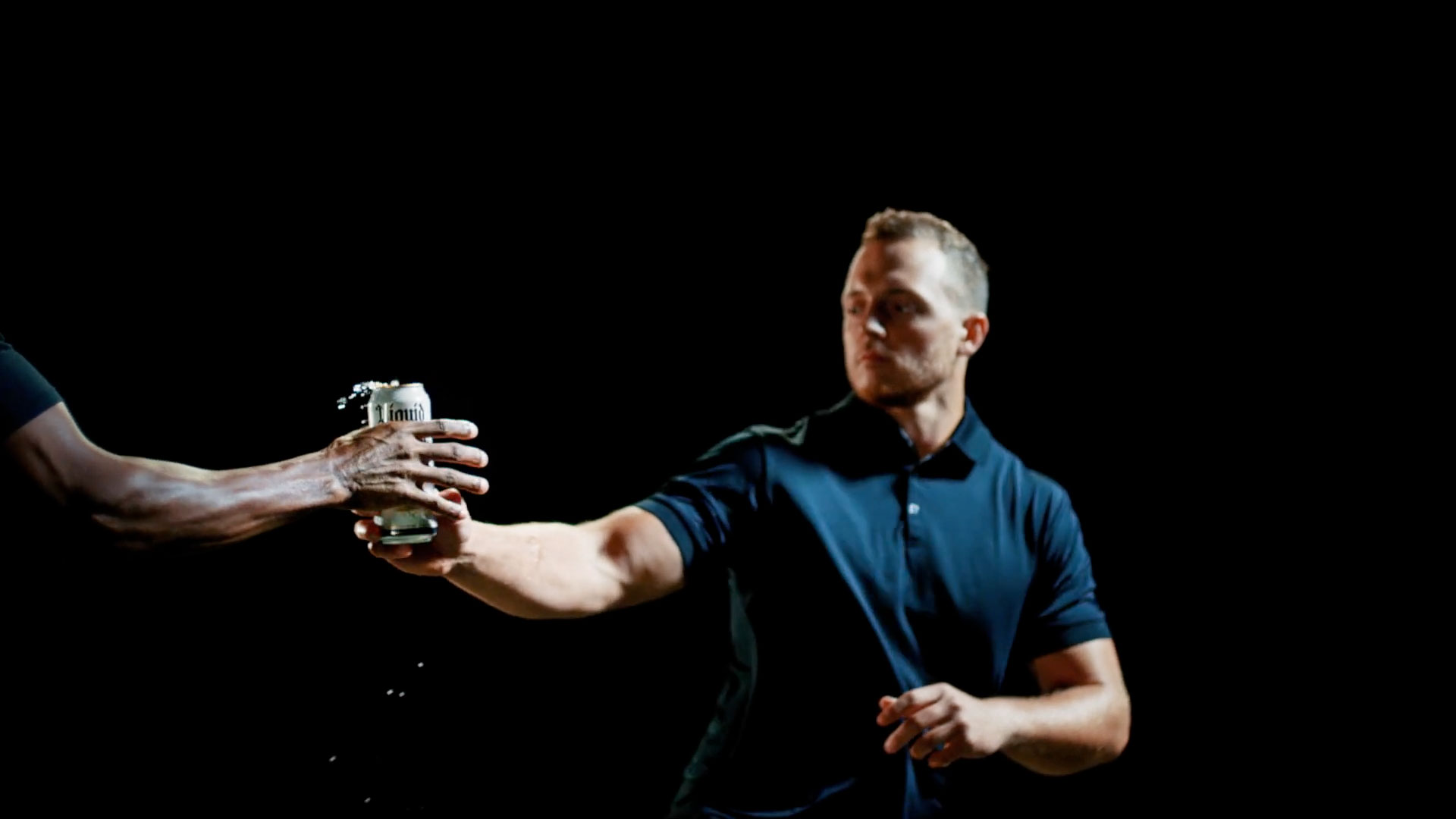 Liquid Death isn't known for its dry, sophisticated humor. The canned water brand prefers to pour on the silly, sophomoric comedy instead. Examples range from skateboards painted with Tony Hawk's blood to this profane faux-workout video and the most nauseating taste test ever.

In its latest stunt—not as wild as some, but still awash with amusement—Liquid Death floods the zone with "hydration assistants" (aka training staffers) from NFL and college football teams. Yes, we're talking waterboys and watergals, those unsung heroes who provide the very essence of life to parched players struggling for tackles, touchdowns and such.

Below, 10 hydration assistants compete in wet and wacky competitions, with a $100,000 "endorsement deal" at stake, while Kyle Brandt of NFL Network's Good Morning Football provides a ceaseless spray of jokey commentary.

At this point, we're oversaturated with fluid wordplay, so just drink in this 10-minute video:

"Endorsements in professional sports have always been centered around the athletes themselves, but there are so many other skilled people involved who are just as dedicated to their craft," says Liquid Death VP of creative Andy Pearson, who led development on the campaign, created by his in-house team.

Liquid Death ultimately signed all 10 hydration assistants to promo deals, but Travis Poulson of the Indianapolis Colts won the $100K, and the brand will market a namesake "Pro Model Performance Towel" in his honor.

What's more, Poulson solos in a 50-second spot that sends up Nike and explains: "Without water, pro athletes would all be dead. And no athletes means no football. And no football means no America."

"Everything we do is focused on entertainment and creating something people will actually want to watch and share," Pearson says. "Entering the sports arena, we wanted to bring people something they'd never seen before. Using athletes has been done a million times. So, we simply asked ourselves, 'OK, what else can we do?' "