What I Learned From Jonathan Glazer's Levi's Ad 20 Years Ago

A career's worth of lessons from a six-month job

Working with Jonathan Glazer for six months on the Levi's ad "Odyssey" was a humbling experience. Not only could I barely spell "odyssey" (I'm still spell-checking this as I write), but I almost couldn't finish the commercial.

Jonathan's work spoke for itself. At that point, he'd made the Guinness spots "Surfer" and "Dreamer" with us, as well as the all-time classic film Sexy Beast. He was part of a legendary clique of directors that ruled the roost: Frank Budgen, Chris Cunningham and Danny Kleinman were among his peers, and their work was exceptional and ground-breaking.

Our task in the first part of "Odyssey" was to get a man and woman to run through a series of walls ("Freedom to Move" was the ad's slogan.) The challenge was daunting, to say the least. Jonathan wanted them to run at full pace, with each impact causing mass destruction. And we're not talking about one or two walls—we're talking about 16.

Pre-production was complex. How big should the rooms be in order for the actors to take just the right amount of steps? How do you link it all together? We collaborated with the production team at an early stage in the process, using CG previsualization to solve many of these issues. But one question remained: What would they actually run through on set?

We decided to leave gaps in the walls so the actors could jump through them without hesitation. Each opening was equipped with a sensor that triggered air cannons filled with earth. The cannons sprayed them with dirt and debris and gave us real interaction, practically choking and blinding the two intrepid athletes/artists as they ran. That discomfort for the actors made their performance even more authentic, as they instinctively tensed up when leaping through each aperture.

Not surprisingly, there was very little reference at the time as to what this should look like (apart from the moment Roy Batty bashes his head through the wall in Blade Runner, which we had on a loop).

In 2001, this kind of CG was far more challenging than it is today—slower to render and harder to achieve a sense of realism. On top of that, we had a mountain of cleanup and painstaking camera tracking to contend with before any creative work could start in earnest.

Although there was a team on the job, it was left to me, the lead flame artist, and our producer to present each work-in-progress to Jonathan. In the early months of the post process, we knew the work wasn't up to par, and I'd play the WIPs with gritted teeth.

With most clients, the trick is to get a sense of the mutual objective—a general understanding of what needs to be done to get the work over the line, what its weak spots are and how to creatively fix them. It's not exactly a contract, but it's close.

Jonathan was harder to pin down, as the work wasn't there yet. The CG simulations were interesting but didn't behave the right way. None of it looked photographic yet. Some simulations made the impacts too "easy" and explosive, others just underwhelming. So rather than give us false hope, he left us in no doubt of the mountain we needed to climb. He'd use these sessions to emphasize his overall vision for the work and reinforce the emotional response he wanted.

He did this with a quiet poetry laced with frustration, and he wouldn't be drawn on anything too specific. We had to figure out the first steps for ourselves. At Framestore, this meant we had no room for egos. We had to be honest with each other. Our team would review each render and composite and critique it openly; any comment in service of the visuals was welcome.

That was the first lesson I took away: Work as a collective. Any artist who digs their heels in and gets defensive about their output is not right for the project. This applies to our work at Framestore in general, and it's a sensibility we look for in every one of our artists.

The idea we hung onto was simple: If we could get one wall to look good, the other 15 would follow. It was where I found hope, and after a few months, we finally got one shot working. The physics of the CG worked well with the movements of the actors, and it felt like it truly surrounded them. Still, Jonathan told me it fell short. The wall looked real, but felt thin and papery. There was no real violence, no drama. I dropped my "client face" and expressed my frustration, but even as I did, I knew he was right.

For a moment, Jonathan dropped his guard too and gave us some encouragement. We were on the right track, but the walls themselves needed "guts." What would be the challenge or the joy of breaking through a wall made of flimsy sheet rock and particle board? We needed plaster, brick, dust, pipes, cables, layers of wallpaper built up over the years. From then on out, we were all pulling in the same direction, and the energy changed overnight. As softly spoken head-gangster Teddy Bass (Ian McShane) puts it in Sexy Beast, "Where there's a will, and there is a fucking will, there's a way, and there is a fucking way."

Those reviews with Jonathan were some of the most humbling moments of my career. He'd leave us feeling despondent and even a little pissed off. But his passion and honesty would rub off on us. It became our motivation. There is a fucking way. I'm sure this moment is familiar to many reading this—the moment you turn all of your internal negativity around, when you take control and decide to make it happen on your own terms.

I didn't know it yet, but this established the second lesson I'd learn: Let everyone know what's at stake and what your vision is. Leave no doubt as to where the work needs to go, and avoid being overly prescriptive. Whatever you do, don't sugarcoat it. It puts the onus on the artists to respond the right way and deliver.

We had to solve this ourselves, and we did—albeit over six months from when we started. To this day, it's still my favorite VFX piece I've been a part of. The main lesson I took into my own career is that if you settle for anything less than your vision, you make everyone happy but yourself. Jonathan carried that burden himself, and I never for a moment realized it might be tough for him.

As creatives, we often encounter at least once in our career the feeling of selling a piece of work short. And for what? Avoiding confrontation, getting to that date on time, exchanging some smiles, a pat on the back? Weeks (or even years) later, when all of that has passed, you're left with the sense of a missed opportunity. But not on this one. This one we walked away knowing that all of our hard work and every late night paid off on screen. 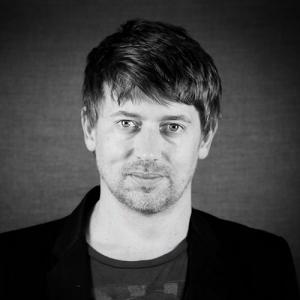